Accessibility links
Jane Little, Atlanta's Dainty Double-Bass Player For 71 Years, Dies Onstage : Deceptive Cadence The bassist joined the Atlanta Symphony Orchestra in 1945, when she was just 16 years old. She died over the weekend while performing. 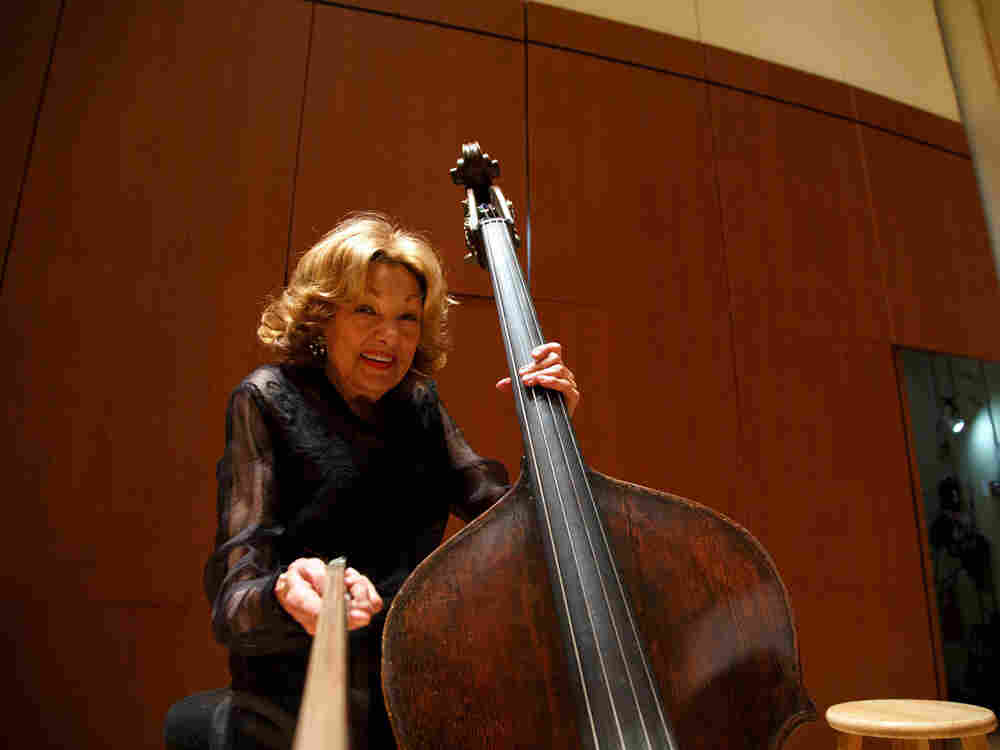 Jane Little spent her long life making beautiful music, and she died this weekend doing just what she loved, onstage. Little played with the Atlanta Symphony Orchestra for more than 71 years. She joined the symphony in 1945, when she was just 16.

"My father took me down to the Southeastern Music Company in Atlanta to buy my first bass, and he had no idea what I was going to play," she recalled. "So, I says, 'Daddy, there it is in the window, I'm playing this bass. This is what I want.' He says, 'I can't believe you're playing that big thing.' "

Little taught herself to play that bass, and never stopped. In an interview in February, she told member station WABE in Atlanta that she started playing at the symphony for free. Eventually, they did begin to pay her — $35 every other week. In those days, to make ends meet, Little traveled across the South, performing with other symphony orchestras in Augusta and Savannah, Ga., and in Chattanooga, Tenn. She also invested in real estate just in case her career with the Atlanta Symphony Orchestra didn't last. She need not have bothered. She was a well-loved orchestra member, and the feeling was mutual.

"I was so lucky to be able to come into an orchestra in my own hometown," she said. "I was married to the principal flute player for 41 years. And he was this big, 6-feet-2 guy that played a little flute — and he could carry my bass for me, too." Little herself was surprisingly small-framed — only 4 foot, 11 inches — to play the largest member of the string section.

Back in February, Little was recognized by Guinness World Records when she marked her 71st anniversary with the symphony. "It seems like I've been there a hundred years," Little said, laughing. "It's hard to remember when I didn't play in the symphony. It's a hard life, but if you work hard enough and love it enough, you'll do it."

Little died Sunday. She was 87.