Accessibility links
Songs We Love: Tallinn Chamber Orch., 'Plainland Song' : Deceptive Cadence When the young composer Tõnu Kõrvits puts a lush, new spin on an old song by one of his compatriots, the long line of singing traditions in Estonia continues unbroken.

A Song Of Stability From The Plains Of Estonia 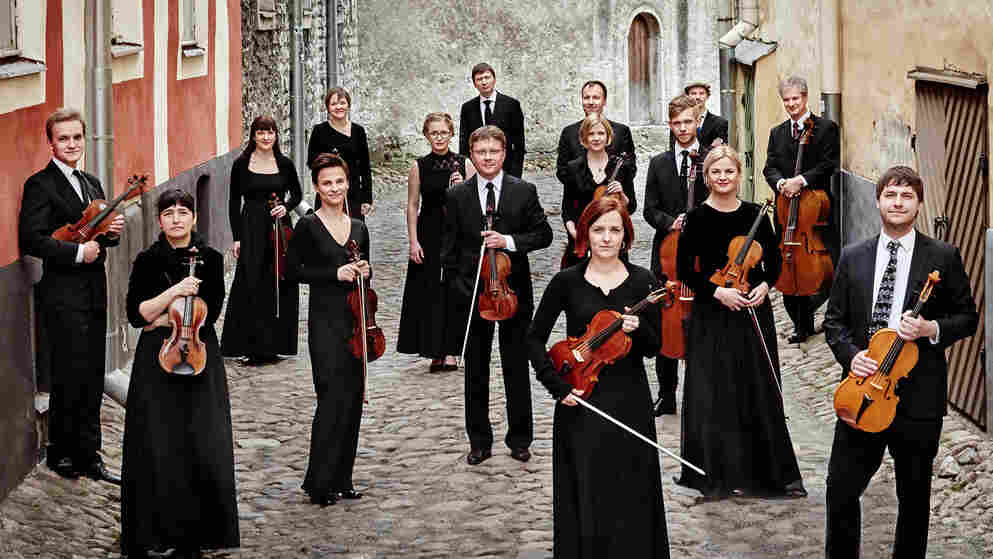 The Estonians are serious about singing. The power of human voices practically propelled the small Baltic country to independence during the Soviet era. In the late 1980s, hundreds of thousands of Estonians routinely gathered to perform forbidden patriotic songs. The events energized the nation, leading to what was called the "Singing Revolution."

A key figure in Estonia's rich singing heritage is the 85-year-old composer Veljo Tormis, whose works range from folk songs and opera to politically potent choral pieces. His influence extends to a new generation of composers — like Tõnu Kõrvits, who is keen on upholding the vocal traditions.

In "Tasase maa laul," translated as "Plainland Song" (or "Song of a Level Land"), Kõrvits reworks a Tormis piece from 1964 into a haunting expression that would not sound out of place on the new Radiohead album.

The original song was scored for men's a cappella chorus. Kõrvits' version is lush and dreamy. Undulating strings caress Kadri Voorand's androgynous vocal and add evocative coloring to lines like "the clouds are low and grey as a mouse." Pulsations from a kannel (an Estonian zither), persist throughout, giving the song its nervous heartbeat.

The Estonian text, by poet and politician Paul-Eerik Rummo, speaks of "peace and stability" on the plains and understanding one's sense of home. Kõrvits, by reaching back to Tormis, seems to be confirming that the long line of Estonian singing traditions will continue unbroken.

Mirror is available now on ECM.