Accessibility links
'Sounds And Sweet Airs' Remembers The Forgotten Women Of Classical Music : Deceptive Cadence You may be familiar with Felix Mendelssohn and Robert Schumann. But did you know Mendelssohn's sister Fanny and Schumman's wife Clara were accomplished composers, too? 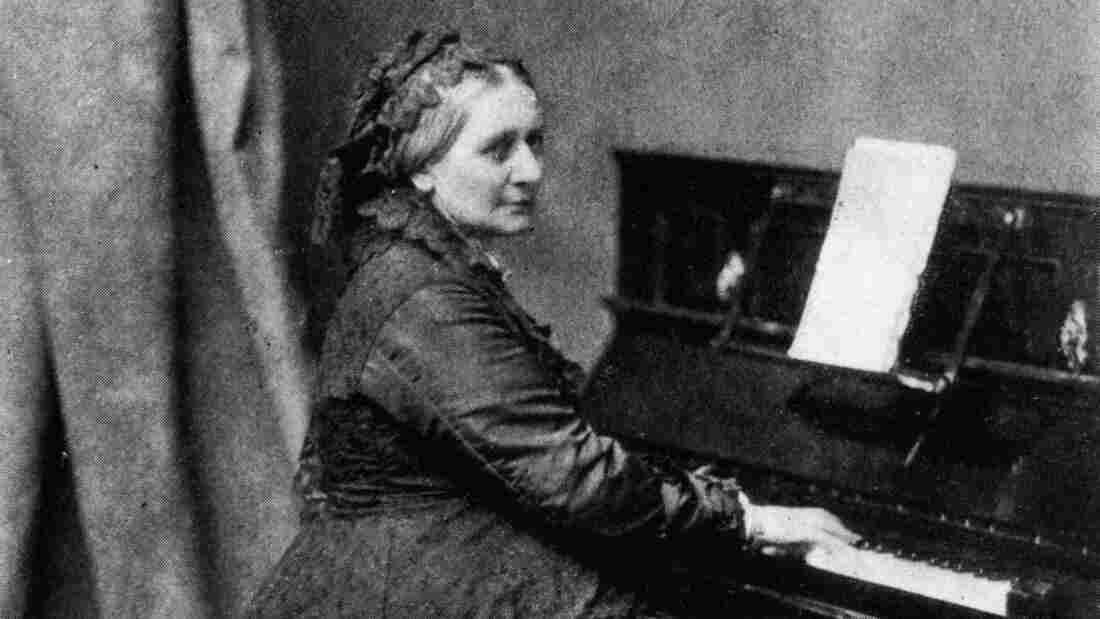 Classical music fans are familiar with Robert Schumann. But they might not know that his his wife, Clara, was an accomplished composer, too. Franz Hanfstaengl/Getty Images hide caption 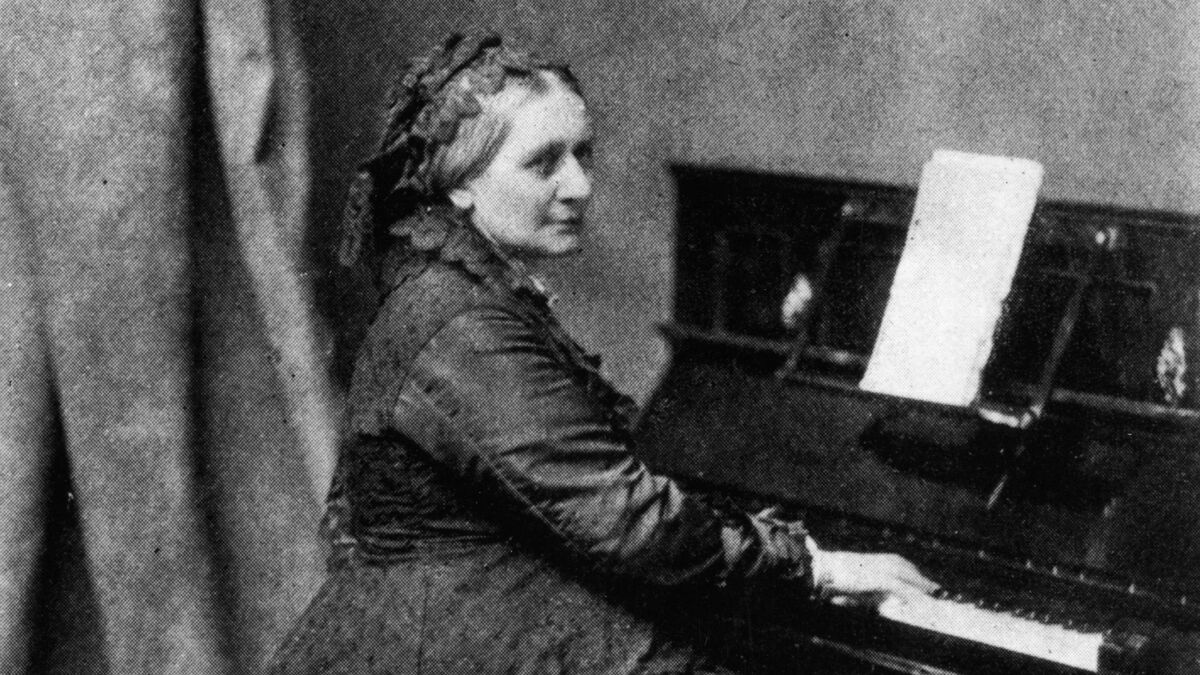 Classical music fans are familiar with Robert Schumann. But they might not know that his his wife, Clara, was an accomplished composer, too. 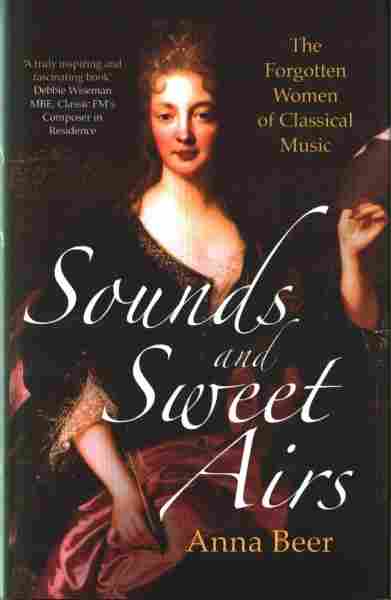 The Forgotten Women of Classical Music

Classical music fans know the names Mendelssohn and Schumann. Chances are, Felix and Robert leap to mind — but Felix's sister Fanny was also a composer, and so was Robert Schumann's wife Clara. Those are just two composers featured in Anna Beer's new book, Sounds and Sweet Airs: The Forgotten Women of Classical Music.

Beer spoke with NPR's Rachel Martin about the strategies women composers have used over the centuries to succeed in such a male-dominated field. You can hear their conversation at the audio link, or read on for an edited version.

Rachel Martin: Your book profiles a handful of women composers dating back to the 17th century. What was it about the sexism of the time that made it so hard for them to be recognized for the music they were composing and creating?

Anna Beer: Well, sexism, like everything, changes over time. So I think we've got two broad kinds of sexism working: one in the earlier period, and one which brings us right up to today. In the earlier period, there were beliefs about the appropriate spheres and appropriate behavior for women. But if you were an exceptionally talented composer, and you did produce astonishing, wonderful music, people would make a kind of exception for you. They'd say, "Your music is equal to men."

The only thing you had to be very careful of, as a woman, was to behave. You'd have to watch out for being described as courtesan, and you had to marry who you were told to marry, and be innocent and chaste and all the rest of it. But under certain circumstances, in the right place and the right time — particularly if there's a really powerful female monarch in place who wants somebody to justify their rule and their power, [and] might want a kind of poster girl for female talent — you could succeed.

Let's talk about one female composer that you've written about in this book: a Venetian woman from the Baroque era, a composer by the name of Barbara Strozzi. Who was she?

What's astonishing about her life is that she published her work under her own name. She has more music in print than any other composer, male or female, in that Baroque era in the 17th century. And I like to think that it was kind of her way to bypass the prince's bedroom, or the nobleman's bedroom or even just the impresario's bedroom — to leave a legacy. Because this is always the challenge for women: They might be stupendously successful in their time, but how do generations after hear their music?

She grew up very, very close with Felix Mendelssohn, her little brother. And they were both seen as geniuses in many ways. They both had the same education, until a crushing moment; I can only imagine that it haunted her throughout the rest of her life. When she was 14, her father came back from a business trip with gifts for the two children: Fanny was 14 and Felix was 10. Felix got a notebook and pen to write his first opera — as you do when you're 10, if you're Felix Mendelssohn! Fanny, who was already writing the most complex, advanced compositions you could possibly imagine, was given a set of jewels — and told that in her life, music could be an ornament, like the jewels, but it would be an ornament to her life in the home as a wife and mother.

Perhaps the most painful part of Fanny Hensel's life is that she did marry a wonderful man who supported her enormously — an artist, Wilhelm Hensel. She tried so hard to be that perfect wife and mother. She embraced it; her diaries are full of joyous little domestic details. But she kept composing.

Did you discover anything more about their adult relationship as siblings, Felix and Fanny? Did he recognize her talent?

Yes. He absolutely recognized her talent. They wrote constantly about musical matters. He would run his latest piece by her; she would do the same thing. But he could not bear the thought of her going out into the public world. He opposed every step of the way — as did her father — her publishing her music. She obeyed him until finally, at around 40, I think, there was this moment, this awakening. There's this very touching letter where she remembers the girl she was at 14. She says, "I'm as anxious writing to you today, Felix, as I was when I was 14, standing up to father. But I really, really want to publish my music." And the heartbreaking thing about this is that she died very soon after this very late foray into any kind of public recognition at all.

One last composer: Lili Boulanger, a French woman who also came from a musical family.

Yes, and even more of a musical world. I mean, Gabriel Fauré was a neighbor, a professor of composition, lived in the flat above. It was the 9th arrondissement in Paris, the perfect place for a composer to flourish. And, you know, we are in a world in which as a woman, it was beginning to be possible to be a composer. But Lili is so interesting because her big sister, who is often much more well-known, Nadia Boulanger, succeeded at every possible level, but didn't win the top prize. You couldn't break through that glass ceiling. And Lili watched. And you could almost see the cogs working. She thought, "Nadia has tried to do this like a man." Lili presented herself as a femme fragile, a fragile woman, a girl. She was not a threat to the establishment. She always dressed in virginal white. She won the award that eluded her sister.

When she was interviewed about her prizewinning piece — she was the first woman to win the Prix de Rome, the highest musical honor — she was interviewed with her mother, even though she was a grown woman. And she was asked, "How did you come up with the piece?" And she says, "I dreamed it. Didn't I, mother?" Her mother says, "What?" And she says, "Well, that I was a little child and I was teaching my little doll to play the piano." "You see," said her mother, smiling, "she's still only a child."

She knew how to play the game.

She knew how to play the game. The tragedy is that she was seriously ill for much of her short life, and so this femme fragile [image] was very close to home. A question that has haunted me writing about these women is that clearly, each and every one of them had to come up with a strategy to beat the sexism of their time. And to pretend to be a child-woman, when actually you're an assiduous professional, is one strategy. But how well does it serve the women coming after you?

What is the situation for women composers today?

I think it's still very difficult. It breaks my heart every time I read Clara Schumann writing in the 19th century, saying, "I can't be a composer; there haven't been any female composers. Why do I even try?" And you think, "Of course there are! There's 300, 400, 500 years of women writing before you, Clara. You can do it." And if there's one thing I learned from all eight women I wrote about: boy, the professionalism, the determination, the sheer skill. Let's pay homage to that, in the past, and indeed in the present.