Song For A Pony And A Blue-Eyed Girl 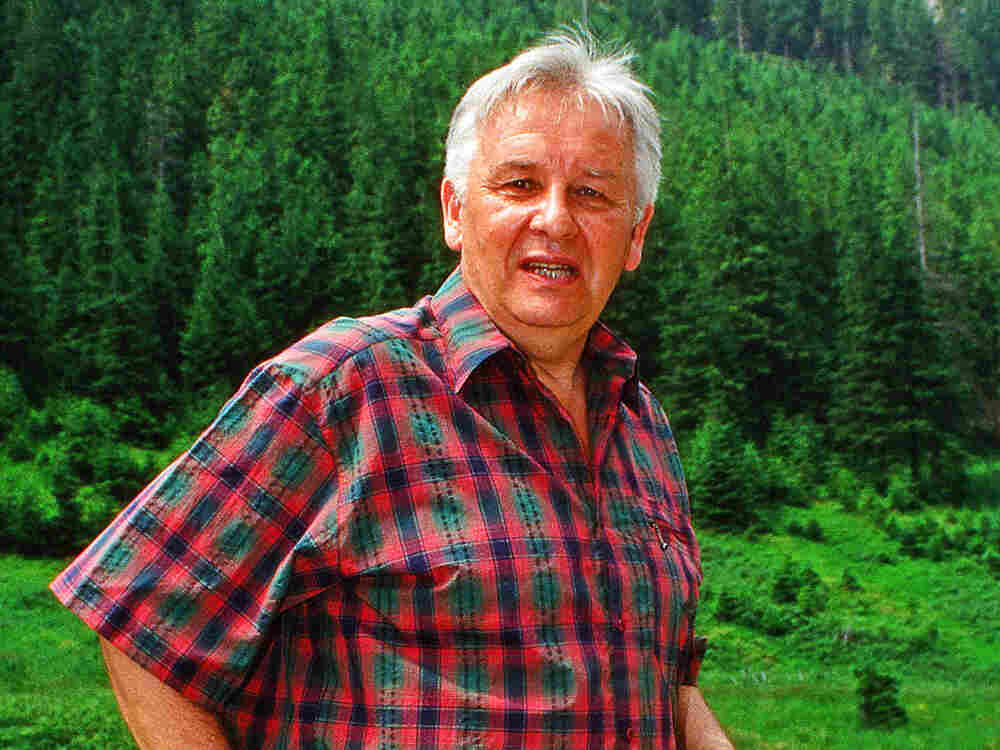 Polish composer Henryk Górecki, in Zakopane, Poland, in 1994 — two years after a recording of his Symphony No. 3 became a surprise hit. Górecki died in 2010. Janek Skarzynski/AFP/Getty Images hide caption

From its mesmerizing ebb and flow and the purity of the choristers' blend alone, you'd be forgiven for thinking this might be one of Henryk Górecki's many sacred choral works. There's a palpable air of serenity and reflection. But instead, it's a song about a little pony and a blue-eyed girl.

Hey, down, downhill! My grey-brown pony, move those little legs of yours.
To my girl, to my only one, to my girl with the sky-blue eyes.
My young, beautiful charming girl, who are you staring at? At you, Jasio, at you my handsome, you with the dark horse. Hey, down, downhill!

That duality is part of Górecki's genius. This rather simple arrangement of a folk song from the rural Kurpie region of northeast Poland holds power beyond its purpose.

In Górecki's modesty comes something profoundly moving for some listeners. Millions of listeners, in fact, considering that this song projects a similar vibe to the composer's popular Symphony No. 3, "Symphony of Sorrowful Songs." A recording of that work surprised everyone when it topped the charts in 1992. Its somber, churning waves of grief were dismissed by a few as lacking the depth and complexity of his earlier works — but the album sold over a million copies.

Here, a fine regional mixed choir from northeast Poland shines as it pays close attention to Górecki's dynamic markings. The sound comes in waves as the Choir of the Podlasie Opera and Philharmonic in Białystok, led by Violetta Bielecka, swells proudly, then delicately recedes to a near whisper. Long notes, held at the ends of phrases, are delivered fresh and clearly focused, making it all sound so elemental.

The Very Best of Górecki is out now on the DUX label.