Accessibility links
Lubomyr Melnyk's 19 Notes Per Second : Deceptive Cadence The Ukrainian pianist's torrent of notes can sweep one away, like stepping into the current of a fast-flowing river. 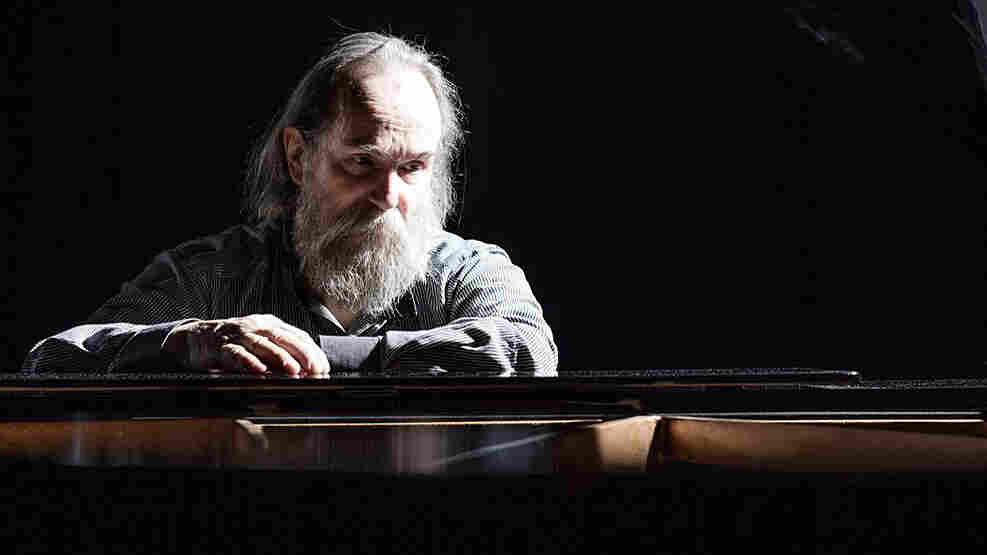 Slowly but surely, Lubomyr Melnyk is getting noticed. This summer, the enigmatic Ukrainian-born pianist, who looks like Rasputin's doppelgänger, released illirion on Sony Classical.

The album, containing five of Melnyk's undulating compositions, is his major-label debut, which might help it attract a few traditional classical listeners. Last year, the 67-year-old released an album on the experimental label Erased Tapes, bringing in younger ears accustomed to a diet of electronic and ambient music. Which camp, if any, will ultimately claim Melnyk is anyone's guess.

Inhabiting a distinct and mesmerizing space somewhere between Chopin and Philip Glass, with whiffs of New Age mysticism, Melnyk's music has an uncanny power to sweep listeners away into a fast-flowing river of notes.

His secret is "continuous music," a dense solo piano style he began developing after hearing Terry Riley's In C, one of the saplings of minimalism, in 1968. When Melnyk unleashes his perpetually rippling arpeggios, he can clock in at more than 19 notes per second, according to his website. That has prompted often-repeated, hyped-up assertions that he's the world's "fastest pianist."

Still, "sunset" hardly feels rushed. Beginning with a trickle of notes, it quickly ramps up to a torrent. Eddies appear in the middle and lower voices, while chords bob up for something of a melody midway through. As the deluge finally recedes — clichéd as it may sound — you feel like a significant journey has ended in under four minutes. That is brief for Melnyk, who has been known to ripple on for an hour at a stretch.

When Melnyk performs, dozens of fingers seem to be working the keyboard. He told The Guardian, "When I play I turn into an eagle flying, a dolphin swimming ... I turn into the rain." Whatever you call his music — classical, new age, new music or something else — Melnyk's cascades possess a singular power.

illirion is out now on Sony Classical.