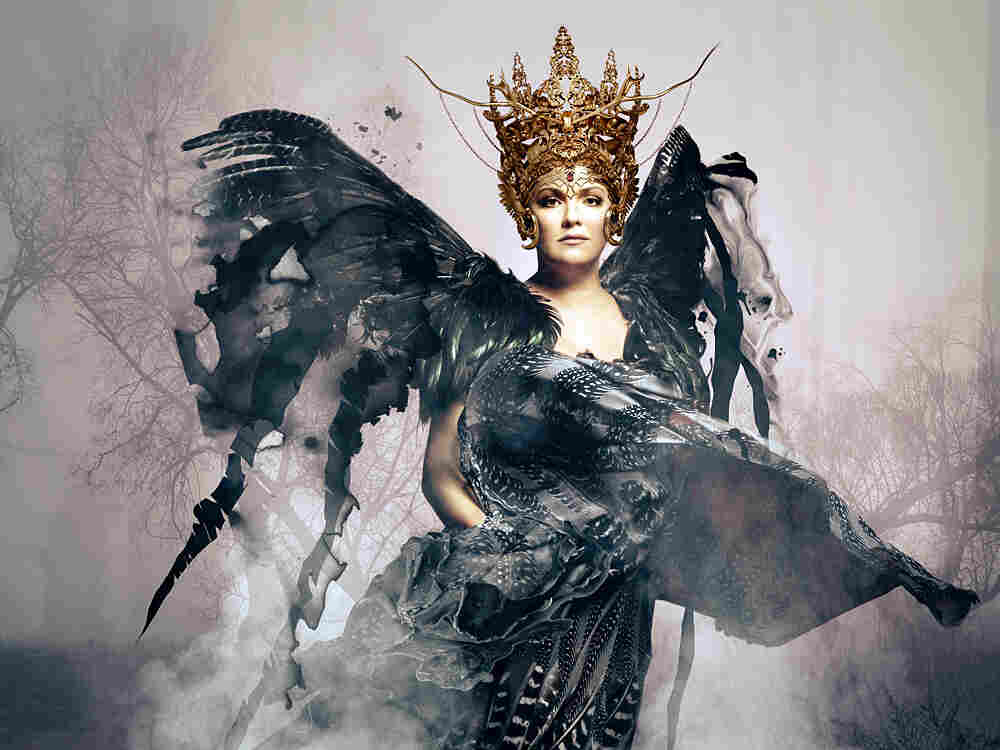 "They killed my mother in the doorway." How's that for an opening line?

Opera geeks are always charged with excitement, and a little anxiety, when a favorite singer releases a new album. (Has her voice changed? How will it fit the repertoire?) Netrebko, arguably today's most touted soprano, is about to issue a new album, Verismo — and we've got a sneak peek.

As her plush voice has added darker, richer colors over the past few years, Netrebko, now 44, has been exploring lower registers and weightier roles both on record and onstage. The album's title, Verismo, refers to the turn-of-the-20th century style of opera that focuses on surging emotions and physical violence in the lives of common people.

"La mamma morta" finds the heroine, Maddalena, in crisis. She's a member of the aristocracy trying to save her lover, the poet Chénier, who has been arrested as a counterrevolutionary. When Netrebko sings, "I was alone and surrounded by nothingness!" (Così fui sola! E intorno il nulla!), her velvety, aubergine-colored voice smolders in genuine verismo emotion.

The aria got a boost in popularity from the 1993 Jonathan Demme film Philadelphia, in which Tom Hanks (who won an Oscar for his performance) plays the Maria Callas recording for Denzel Washington. Netrebko's new album is dominated by many of the same arias Callas recorded on her own early albums.

Verismo will be released Sept. 2 on Deutsche Grammophon.