Accessibility links
If At First (Or Fourth) You Don't Succeed, Join The Tanglewood Stage Crew : Deceptive Cadence Percussionist Miles Salerni repeatedly auditioned to be a Fellow at the Boston Symphony Orchestra's summer home, but was rejected. So he found another way in. 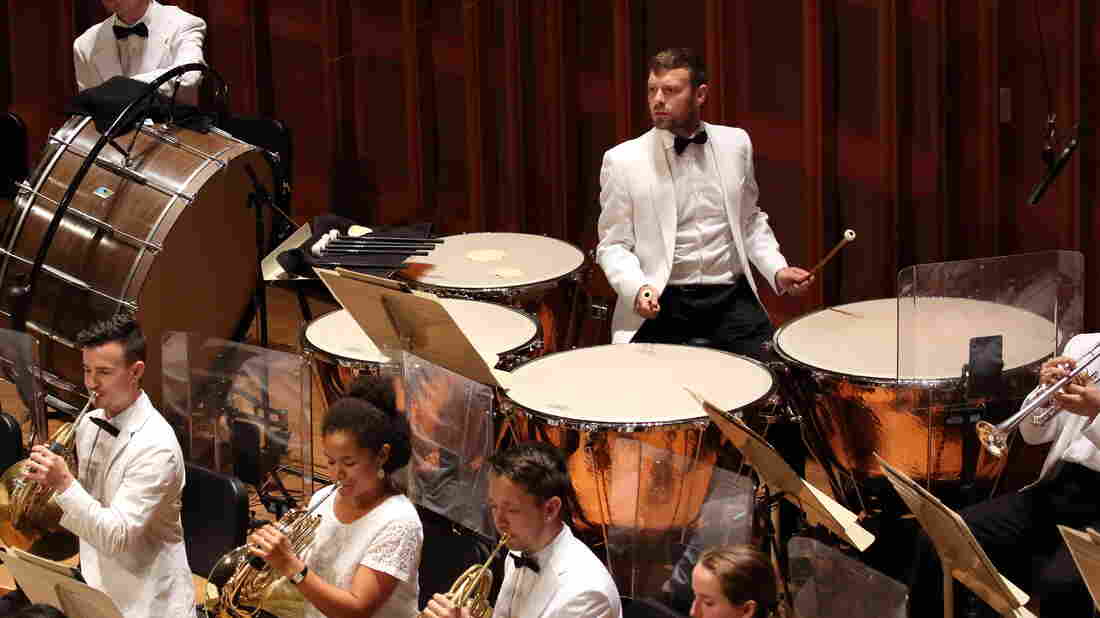 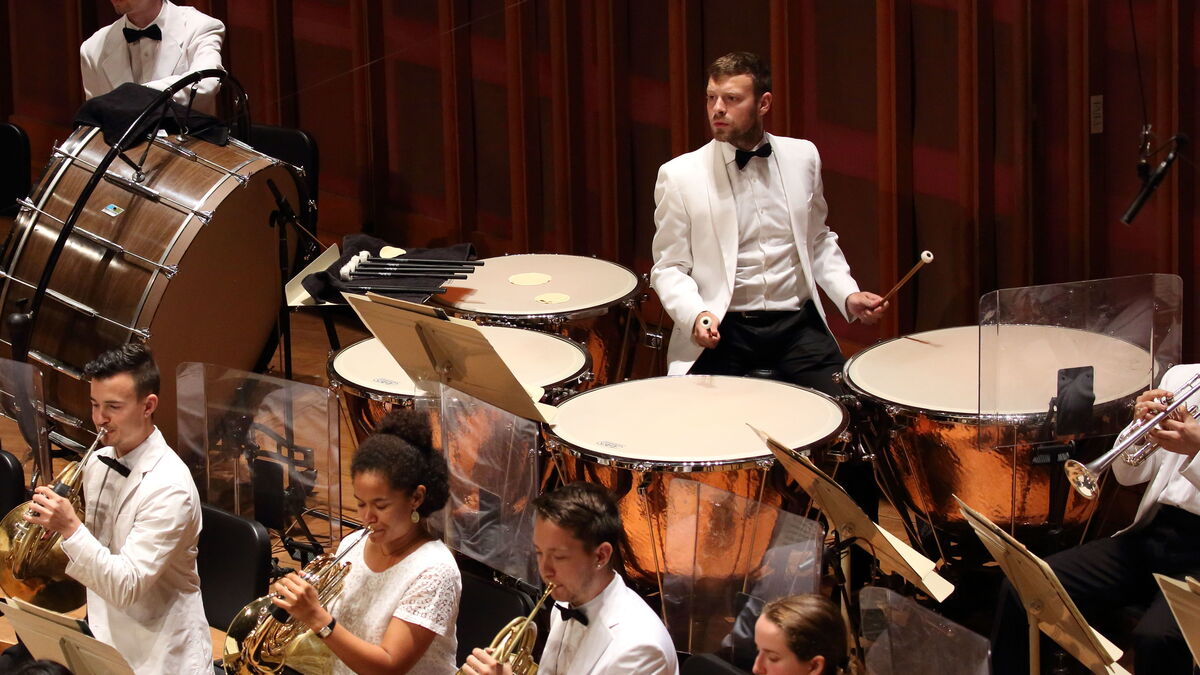 Miles Salerni, a 25-year-old percussionist, is one of this year's elite instrumental Fellows at Tanglewood, the Boston Symphony Orchestra's summer home in the Berkshires in western Massachusetts. But it took him a while to get there — five tries, to be exact.

Many audition for this prestigious training program, but few are selected. When Salerni got rejected for the third time, he knew he had to find another way to get to Tanglewood.

So he joined the stage crew — which proved to be more of a challenge than he'd expected.

"When I arrived, I was under the impression that I would just be moving chairs and percussion instruments and stands and maybe setting up some risers for the orchestra," Salerni says. "I had no clue that I was gonna be climbing 45 feet in the air, trying to feed a rope through a pulley."

John Demick, the BSO's stage manager, remembers when Salerni took on that task. "He got up on the catwalk, and about halfway down, he completely froze and said, 'I don't think I can do this,'" Demick says. "But he did. And you know what? I would hire him again today."

BSO percussionist Kyle Brightwell says that during the two seasons Salerni was working on the stage crew, he still found ways to interact with the musicians.

"Miles kinda knew everything that was going on in the percussion section," Brightwell says. "So we took advantage of that a little bit and said, 'Hey, Miles, can you grab us the tambourine? Hey, Miles, can you go grab us that Grover triangle clip that goes on a suspended cymbal stand?' We could say that to him and he would know what to look for."

When Salerni wasn't looking for Grover triangle clips, he listened and learned. He'd go out into the audience during rehearsals and performances and soak it all in.

Now, in the summer of 2016, his persistence has paid off. After five tries, Salerni is finally a Tanglewood Fellow. He got to play snare drum with his peers and the BSO on Tchaikovsky's 1812 Overture. "It's very exposed and it's nerve-wracking, but very, very fun," he says.

"I do miss the guys back at the stage crew," Salerni adds. "But yeah, there's something special about creating music, especially with a young group of enthusiastic musicians."