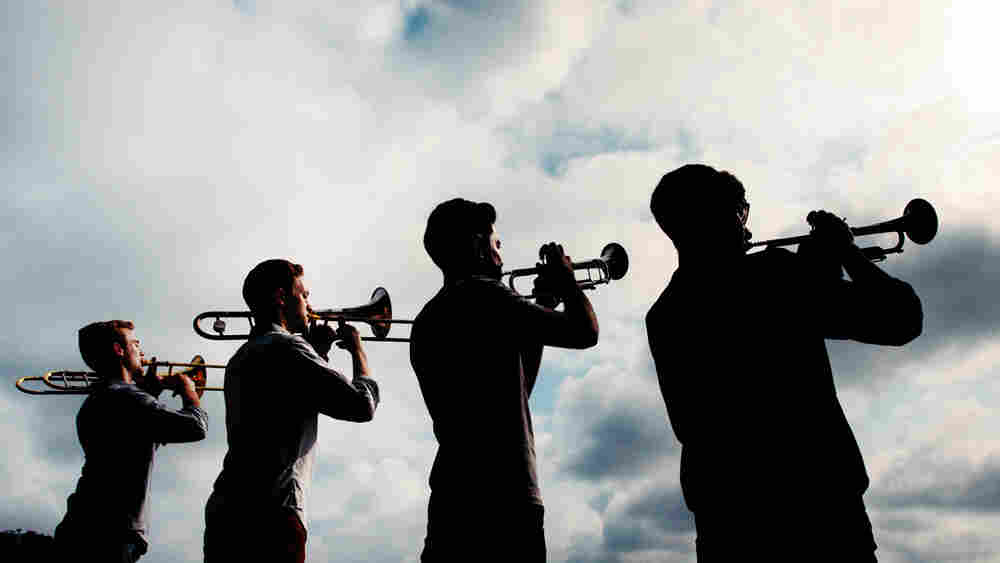 The members of The Westerlies call themselves "an accidental brass quartet." Michael George hide caption

Many stylistic winds blow through the repertoire of The Westerlies. The unconventional brass quartet from New York (Riley Mulherkar and Zubin Hensler, trumpets; Andy Clausen and Willem de Koch, trombones) embraces jazz, classical, new music and dance — and in this case, puts a new spin on an old British ballad.

"Pretty Saro," as the song is best known, is among those many 17th-century English and Scottish folk ballads ("Barbara Allen," "Matty Groves") that eventually found new life on this side of the Atlantic, revived by the likes of Pete Seeger and Judy Collins. Bob Dylan also recorded the song, though he never committed it to an album until it finally appeared on The Bootleg Series, Vol. 10.

With a gently swaying rhythm and a bittersweet melody, the original song depicts a man haunted by his memory of pretty Saro, who's rejected him for lack of wealth. The opening lines set a melancholy tone: "Down in some lone valley, in a sad lonesome place / Where the wild birds do whistle, their notes to increase." 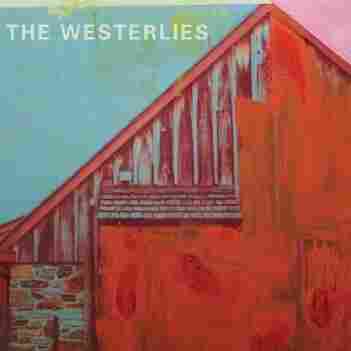 The Westerlies' self-titled album will be released Oct. 7. Courtesy of the artists hide caption

The Westerlies' rendition has no vocals, but you still feel the heartache. The expressive arrangement, by Nico Muhly and Sam Amidon, starts with spaciousness. The tune is played unadorned in soft, breathy tones that imply stillness, like the distant sound of a bugler's "Taps."

Wistful harmonies creep in as a solo trombone sings the mournful tune. Then, a surprise: A chugging beat emerges and the song quickly takes flight in a glorious trumpet solo. Perhaps the protagonist has found freedom from his lament? Finally, we land, and the song closes softly and sweetly.

What a distinctly American twist: to flip a story of sorrow on its head, opening it up to a future bright with possibility.

"Saro" is on The Westerlies' self-titled album, which will be released Oct. 7 on Songlines Recordings.