Accessibility links
First Impressions: A Guide To New Music In The New Season : Deceptive Cadence From operas about Steve Jobs and Alice in Wonderland to an orchestral evocation of Detroit and a new concerto for Yo-Yo Ma, the new concert season is flush with premieres. 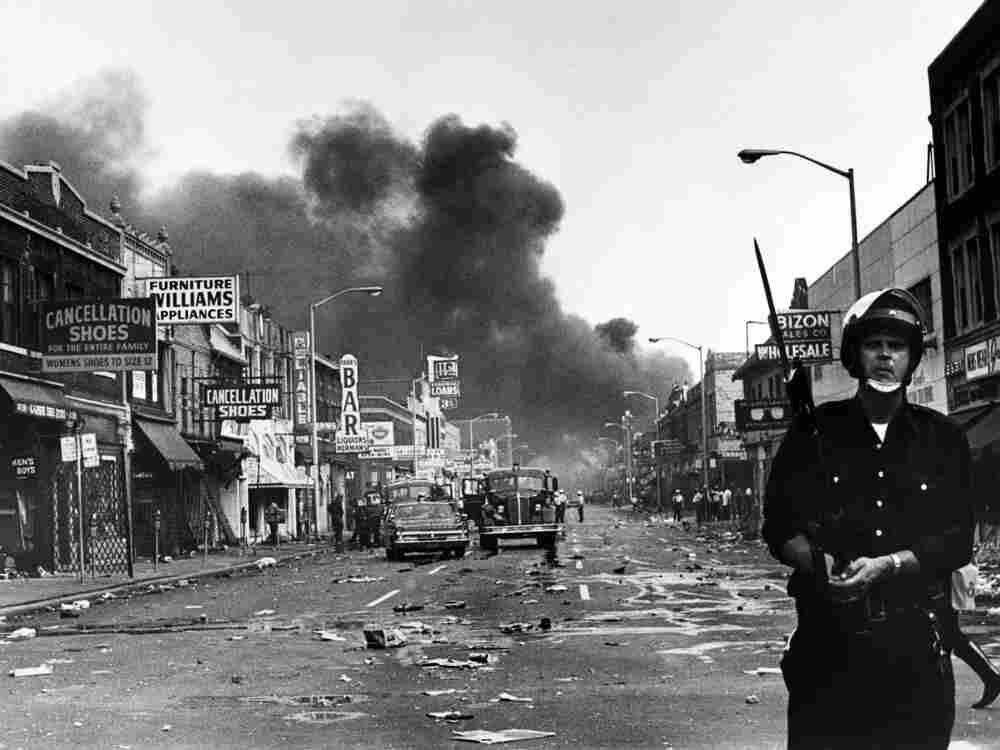 The tumultuous Detroit summer of 1967 inspired a new work by composer and jazz trumpeter Terence Blanchard. The Detroit Symphony Orchestra will premiere it in March. AFP/Getty Images hide caption

Interested in Steve Jobs, Georgia O'Keefe or Alice in Wonderland? They are all explored in new music in the upcoming American concert season.

The many new offerings, all over the country, look tantalizing. Please let us know what we missed on Facebook and Twitter. And make some plans to hear a premiere!

Upstate, the adventurous Albany Symphony celebrates the 25th anniversary of its music director, David Alan Miller, as he leads the orchestra in three world premieres. On Dec. 8 it's a new orchestral work by Colorado composer Conor Brown; on March 4th, Michael Torke's Three Concertinos for Oboe, Clarinet and Bassoon; and a new work written for Miller by George Tsontakis on April 8.

What if Edvard Grieg had completed a Second Piano Concerto? On Nov. 11, conductor JoAnn Falletta and the Buffalo Philharmonic Orchestra, along with pianist Carl Petersson, will explore what it might have sounded like via the U.S. premiere of Norwegian composer Helge Evju's Concerto in B minor, built on fragments by Grieg.

About to start his fifth season with the Philadelphia Orchestra, music director Yannick Nézet-Séguin (who was recently named music director of the Metropolitan Opera, as of 2020) leads the world premiere of the Organ Concerto by Christopher Rouse with soloist Paul Jacobs Nov. 17. On March 30, Bramwell Tovey leads the world premiere of the Duo Concerto for Vibraphone and Marimba, based on music by Pat Metheny and arranged by the orchestra's principal percussionist, Christopher Deviney. 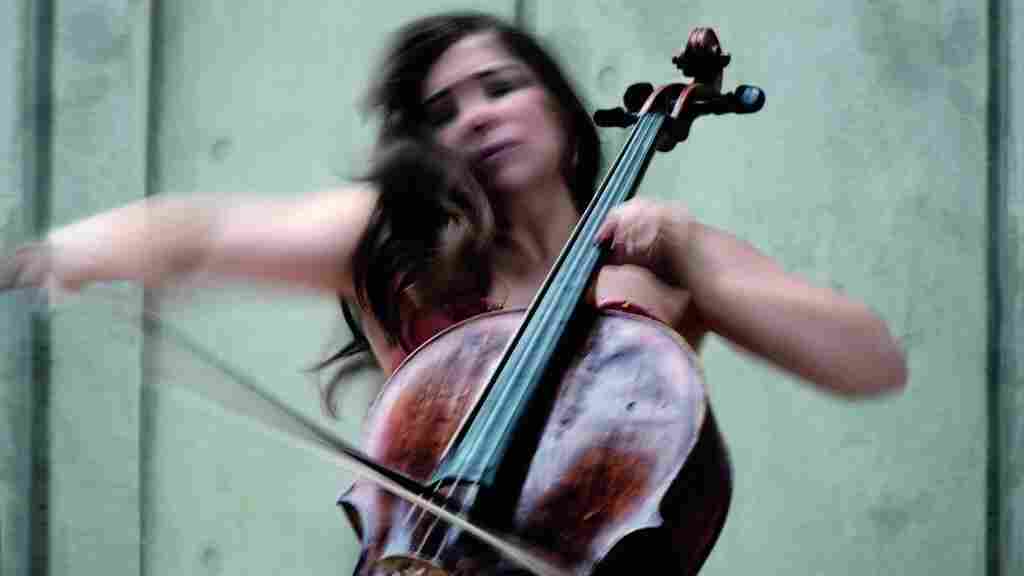 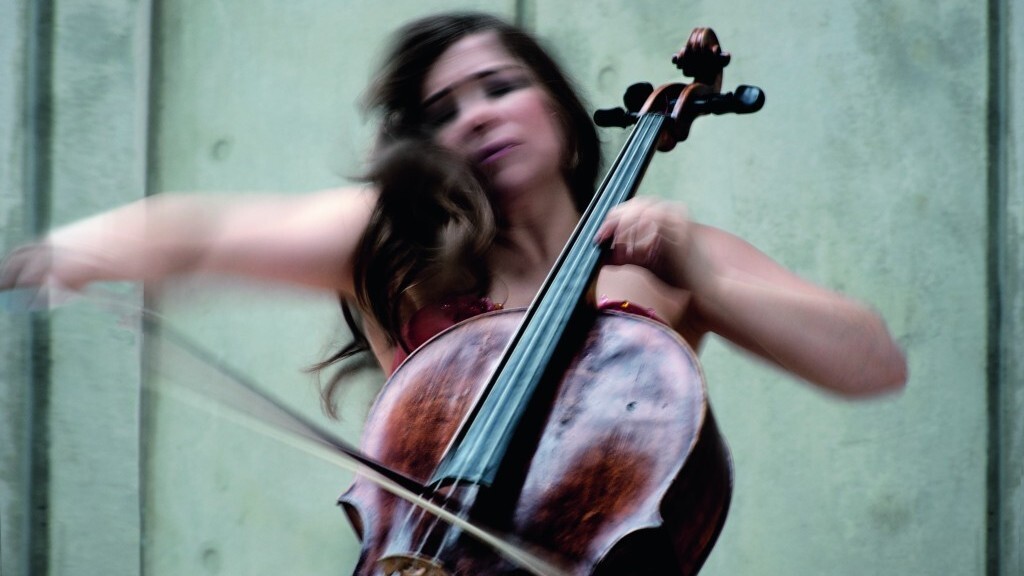 Alisa Weilerstein plays the world premiere of a new cello concerto by Matthias Pintscher with the Boston Symphony Orchestra March 24.

The Boston Symphony Orchestra and music director Andris Nelsons present the world premiere of Everything Happens So Much by Timo Andres on Nov. 15. Sofia Gubaidulina's Triple Concerto for Violin, Cello and Bayan (a Russian button accordion) receives its American premiere Feb. 23. On March 24, François-Xavier Roth leads the BSO in the world premiere of Mattias Pintscher's Cello Concerto with soloist Alisa Weilerstein.

The Los Angeles Philharmonic is flush with premieres. On Oct. 1, The LA Phil New Music group, led by John Adams, presents four world premieres, including a piece for piano and chamber orchestra by Ingram Marshall and a work by 16-year-old composer and clarinetist Andrew Moses. On April 1, Mirga Gražinytė-Tyla, the Philharmonic's assistant conductor, leads the orchestra in the U.S. premiere of the Concerto Grosso No. 1 for Alpine Horns and Orchestra by Georg Friedrich Haas. On April 13, the orchestra and conductor laureate Esa-Pekka Salonen join the Icelandic rock band Sigur Rós in a concert that includes the world premiere of the young Danish composer Daníel Bjarnason's Violin Concerto.

Up the coast in Portland, percussionist Colin Currie starts his second year as artist-in-residence with the Oregon Symphony. Along with music director Carlos Kalmar, Currie performs the West Coast premiere of Andrew Norman's propulsive Switch Oct. 22. On March 11, the orchestra plays the world premiere of a work commissioned from Portland composer Kenji Bunch.

The Detroit Symphony Orchestra and music director Leonard Slatkin lead off their season Sept. 29 with the world premiere of Big Data by Ferran Cruixent, a Spanish composer known for blending acoustic instruments and technology. Jazz pianist Michel Camilo joins the DSO April 21 for the world premiere of his Concerto for Jazz Trio and Orchestra, while on March 3 jazz trumpeter and composer Terence Blanchard debuts a new work exploring the 50th anniversary of historic unrest in Detroit in the summer of 1967.

Jaap van Zweden, the next music director of the New York Philharmonic, will lead the Dallas Symphony Orchestra in the world premiere of Pulitzer winner Christopher Rouse's Fifth Symphony. 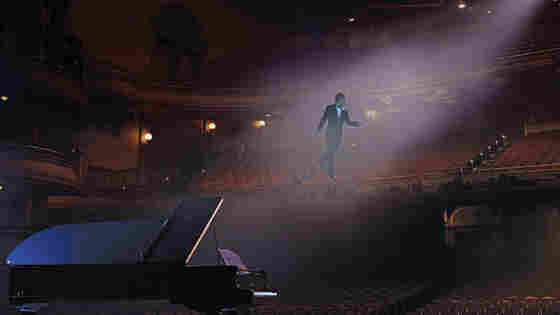 A rendering of the set of David Lang's new opera the loser, which receives its world premiere Sept. 7 at the Brooklyn Academy of Music. Courtesy of BAM hide caption 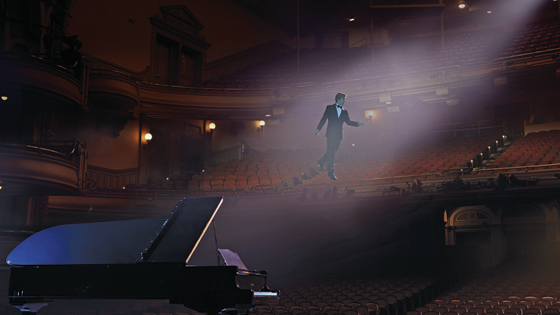 A rendering of the set of David Lang's new opera the loser, which receives its world premiere Sept. 7 at the Brooklyn Academy of Music.

David Lang's new one-act opera the loser headlines the Brooklyn Academy of Music's Next Wave Festival on Sept. 7. Based on a novel by Austrian writer Thomas Bernhard, the production is placed above the stage (with mezzanine-only seating) and stars baritone Rod Gilfry as a disillusioned piano student trapped in the shadow of his friend Glenn Gould. Pianist Conrad Tao and a chamber orchestra provide accompaniment from a distance.

The San Francisco Opera mounts the Sept. 10 world premiere of Dream of the Red Chamber, a new work by Bright Sheng — with a libretto by Henry David Hwang (M. Butterfly) and the composer — based on one of China's iconic romantic novels.

On Sept. 22, Opera Philadelphia presents the world premiere of Breaking the Waves by Missy Mazzoli, with a libretto by Royce Varek. The chamber opera is based on the dramatically intense 1996 film of the same name by Lars von Trier.

A new project by composer Kevin Puts, who won a Pulitzer for his opera Silent Night, is focused on the iconic Southwest painter Georgia O'Keefe. Letters From Georgia, for soprano and orchestra, receives its world premiere Nov. 12 by Renée Fleming and the Eastman Philharmonia in Rochester, N.Y. Both Puts and Fleming are Eastman School of Music alums.

In 1903, New York's Metropolitan Opera produced an opera composed by a woman for the first time. They've never done another. That will change Dec. 1 as the Met mounts Finnish composer Kaija Saariaho's L'Amour de loin, based on the story of a 12th-century troubadour and starring Eric Owens and Susanna Phillips, with conductor Susanna Mälkki. 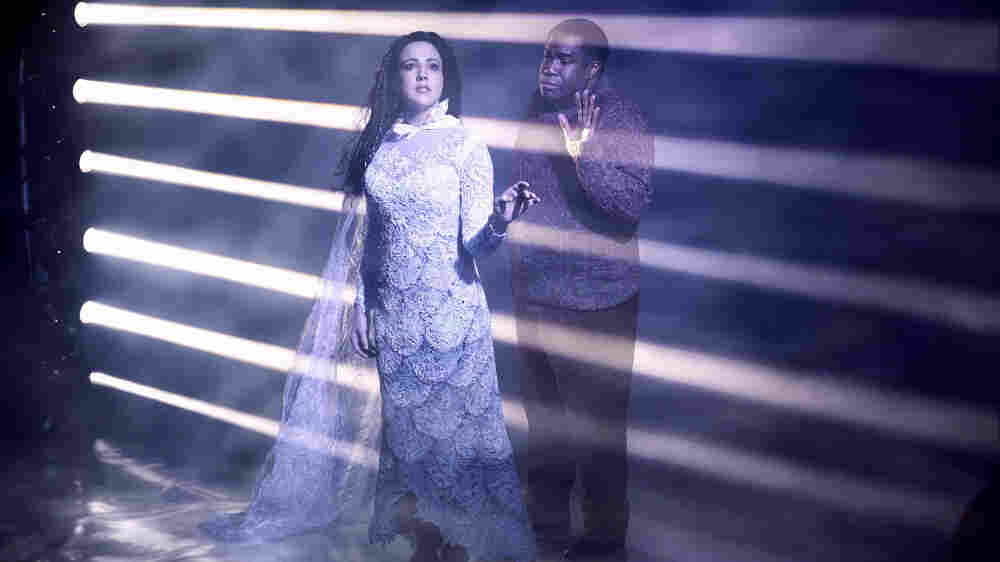 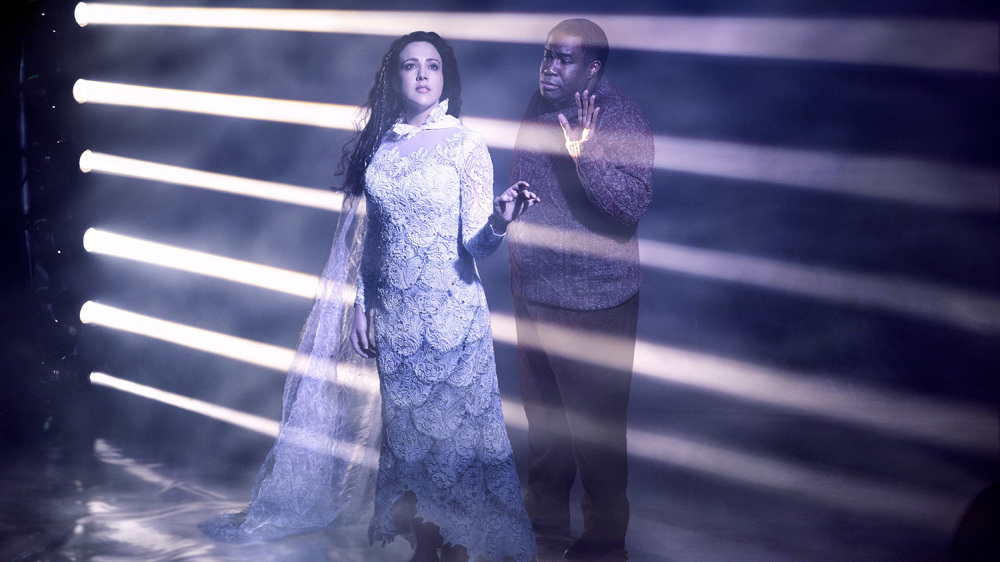 Mohammed Fairouz unveils a new hour-long opera, The Dictator's Wife, at Washington National Opera Jan. 13. The work, part of the company's American Opera Initiative Festival, is based on the play of the same title by Mohammed Hanif, who also wrote the opera's libretto.

The 2016 season of the Santa Fe Opera just closed, but eyes are already on next year, when the company debuts The (R)evolution of Steve Jobs, a new opera by Mason Bates with a libretto by Mark Campbell (Silent Night, The Manchurian Candidate), opening July 22.

Composer Glenn Branca, known for his experimental works with guitars, unveils a new work dedicated to David Bowie on Oct 8. The Light (for David) receives its world premiere at Roulette in Brooklyn, N.Y.

The Emerson String Quartet is entering its 40th season, and to celebrate, the group gives the New York premiere of a new piece by Mark-Anthony Turnage Oct. 23 at New York's Chamber Music Society of Lincoln Center. Also at CMSLC, cellist Alisa Weilerstein joins pianist Inon Barnatan and clarinetist Anthony McGill for the world premiere of a new trio by Joseph Hallman on Jan. 24. The society also has programmed a series of new music concerts at the Rose Studio, which include music by Steve Reich, Zhou Long, Kaija Saariaho and many others. 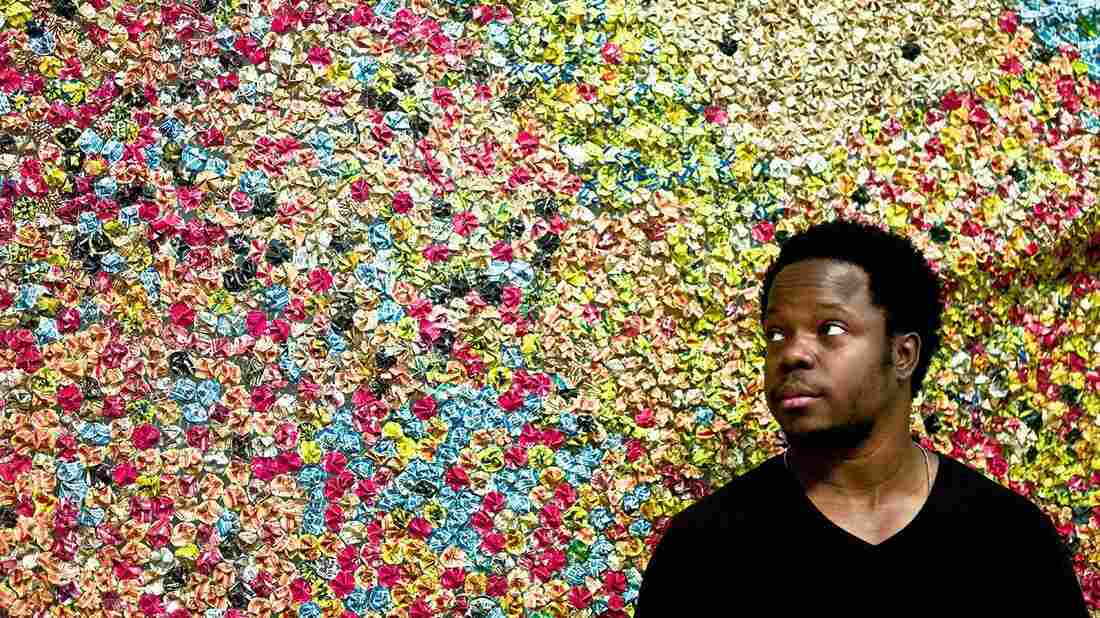 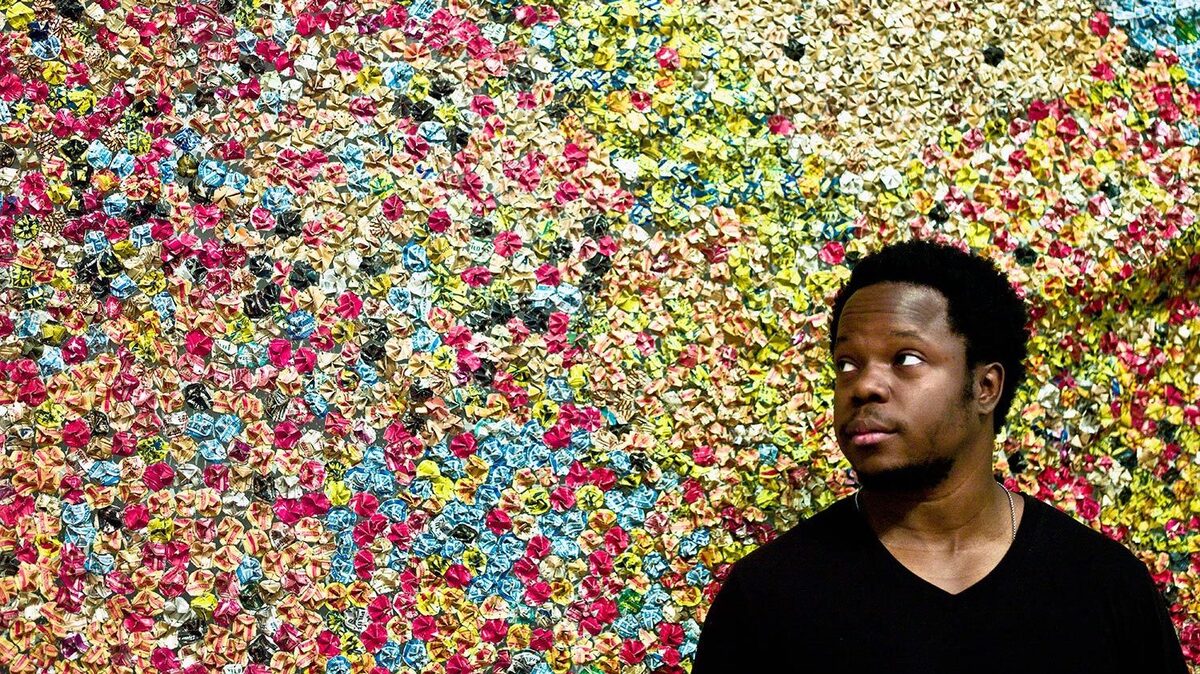