Accessibility links
'It's Familiar To All The Women In My Family:' Adapting Von Trier For The Opera : Deceptive Cadence Composer Missy Mazzoli wouldn't call Lars von Trier's film Breaking the Waves, a feminist project. But its portrayal of a woman's experience was part of what drew her to help reimagine it onstage. 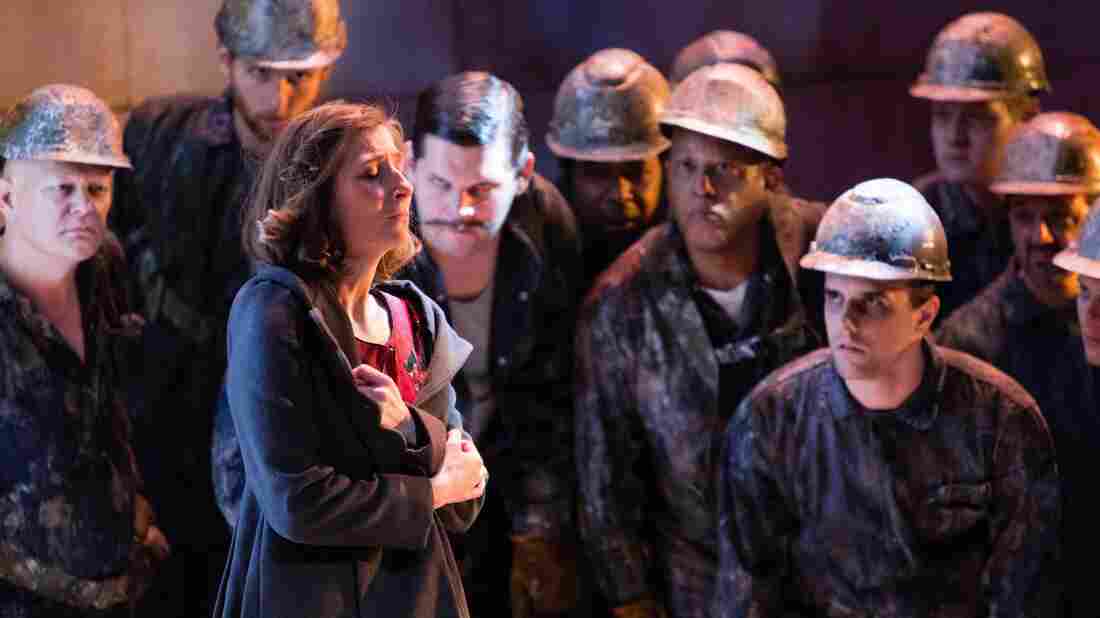 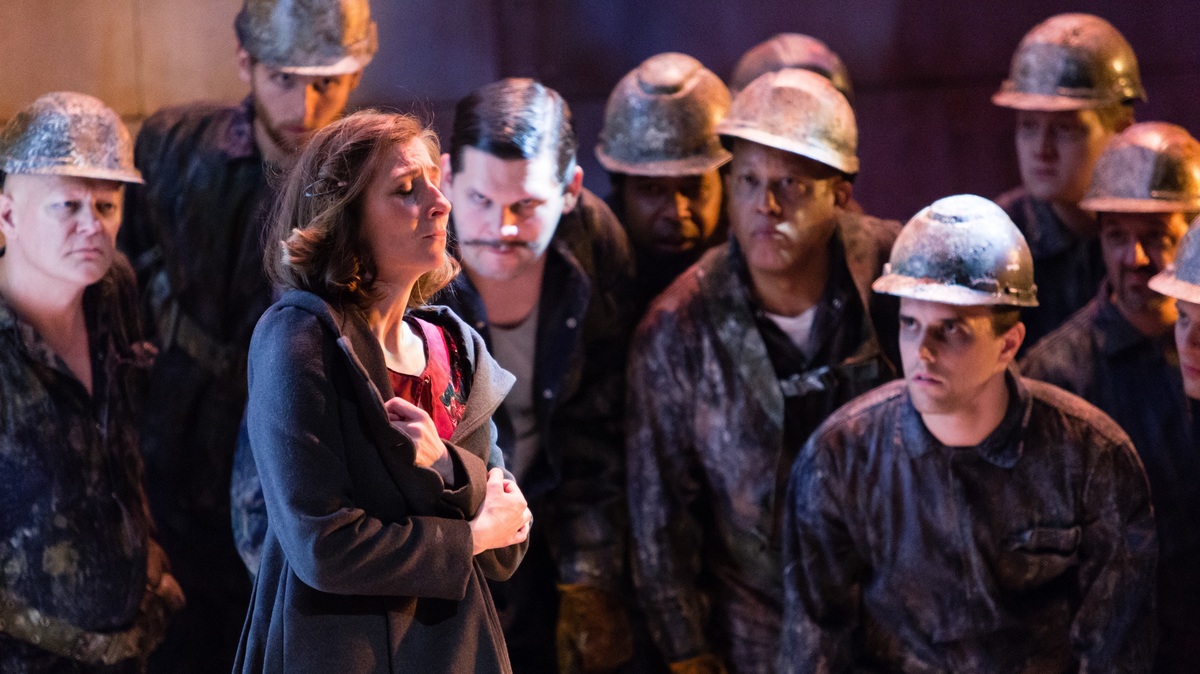 This week, a new opera based on the popular but controversial Lars von Trier film, Breaking the Waves, opened in Philadelphia. With its potent combination of sex, religion and transgression, the subject matter seems ripe for operatic treatment.

Breaking the Waves is set on a remote island in Scotland, where a deeply religious young woman named Bess marries a Nordic oil worker named Jan. But circumstances conspire to take their romance and her sexual awakening to dark places. Composer Missy Mazzoli says she was drawn to the material because of its big ideas.

"It's about the nature of goodness, the nature of loyalty, the nature of faith," she says. "And what happens when all these things sort of contradict each other or get in the way. What do you do in that impossible situation to still be a good person?"

When Jan is injured in an accident on a North Sea oil rig and becomes paralyzed, he suggests that Bess have sex with other men and report back on her experiences. Von Trier's film polarized audiences and critics when it was released in 1996. Some called it misogynistic. James Darrah, who directs the opera, likes the film, but he still had one basic question for the project's creators.

"Why turn this into an opera?" Darrah asks, laughing. "Why do it, when the film has such an effect on people and is incredibly potent and full of really amazing performances, too, that are maximizing the potential of what I think good film can stir up and open dialogues about and also tell stories."

The idea came from librettist Royce Vavrek, who's been a fan of the film since he was 14. He thinks the unorthodox storyline is rooted in the characters' essential goodness.

"Jan sets her on this journey because he wants to set her free," Vavrek says. "He doesn't want to ruin her. He believes that it's the only thing that he can do to go and allow her to live her life. He views it as a gift."

As for Bess, Vavrek says, "[She] is just this unfiltered creature that seems to have just pure goodness and all she wants is to take all of the advice, all of the ideas of her community — of her mother, or the doctor, of her husband — and filter that into a good life."

But Bess's pure motivations cannot ensure her happiness. "It's almost fatalistic," Vavrek says. "Even though the intentions are good, the result is really, really sad." As the opera goes on, Bess gets shunned by members of her community.

Composer Missy Mazzoli says, far from being a misogynistic narrative, Von Trier's story is illuminating — and exaggerating, in a very theatrical way — a situation that many women find themselves in. 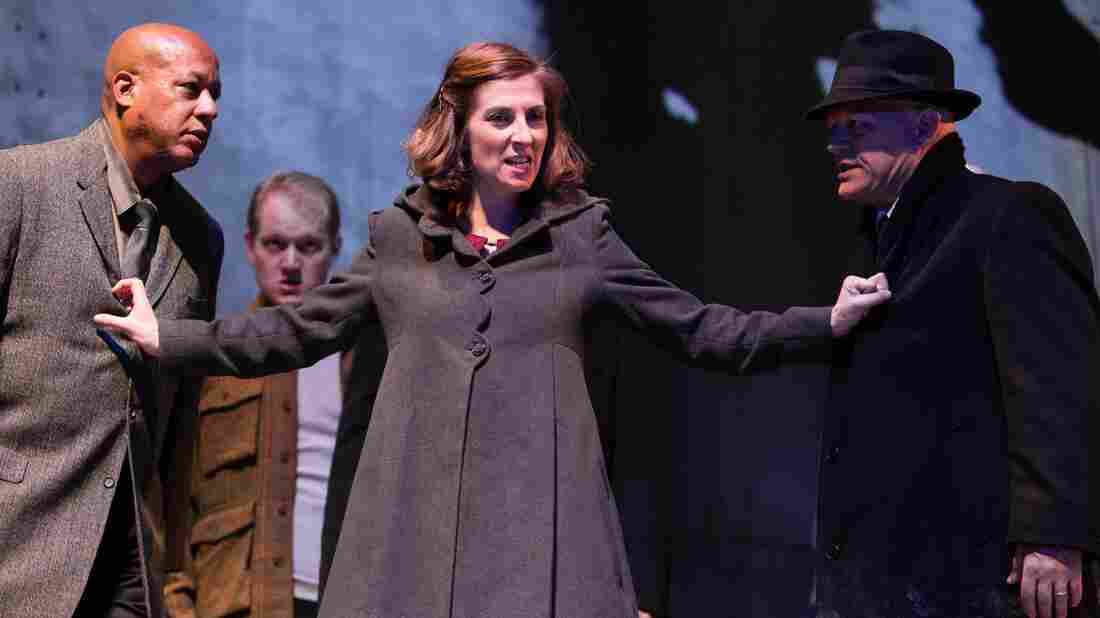 "[Bess] invests in this idea that she is a very, very powerful agent in this narrative," librettist Royce Vavrek says. Dominic M. Mercier/Opera Philadelphia hide caption 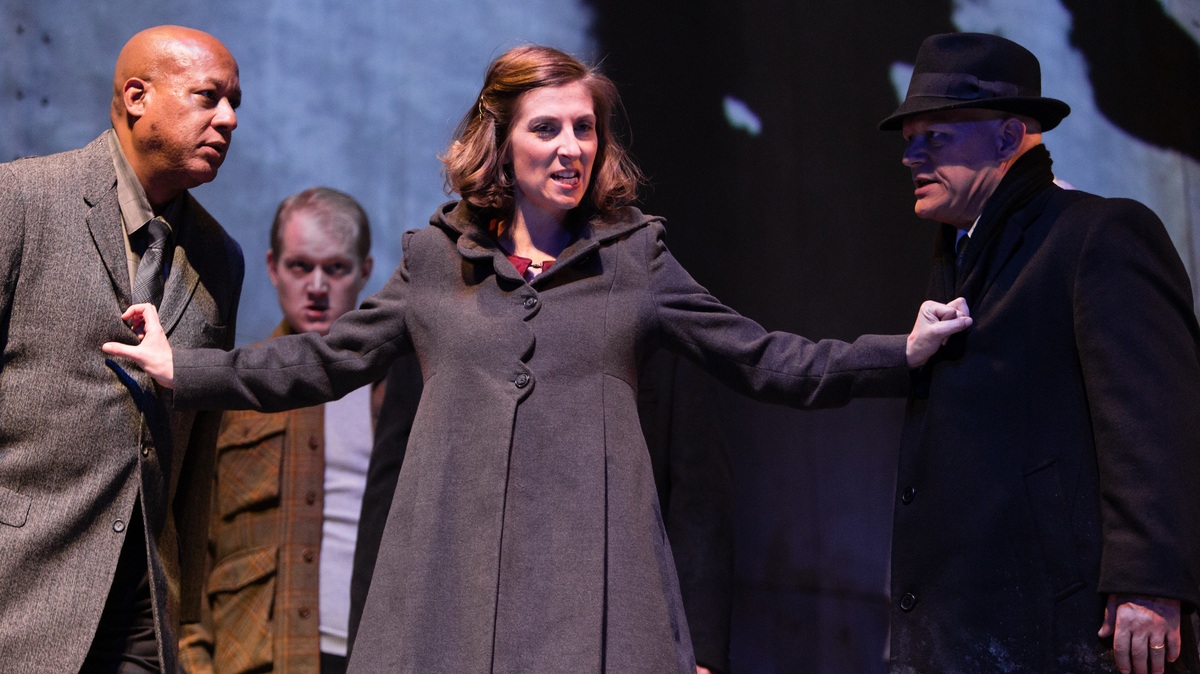 "[Bess] invests in this idea that she is a very, very powerful agent in this narrative," librettist Royce Vavrek says.

"This feeling of being a woman in an impossible situation and feeling like you have no power and no agency and having everyone around you telling you what to do is extremely familiar," Mazzoli says. "It's familiar to me. It's familiar to all the women in my family."

That familiarity is a large part of why she was drawn to the project. "I wouldn't say that it's a feminist piece, at all — that's not its preoccupation — but I did feel that there's an element of compassion and understanding of this very particular part of the female experience," she says.

Bess's love for Jan is such that he can't see she's probably mentally ill. But librettist Royce Vavrek insists that, in a way, she's a woman in control.

And audiences need to stick out Breaking the Waves to the very end to see how that agency manifests itself. The show runs Sept. 22 through Oct. 1 at Opera Philadelphia.