Accessibility links
Steve Reich At 80: The Phases Of A Lifetime In Music : Deceptive Cadence He's been a hero to musicians from Brian Eno and David Bowie to Radiohead and The National. Now entering his ninth decade, American composer Steve Reich is always looking ahead. 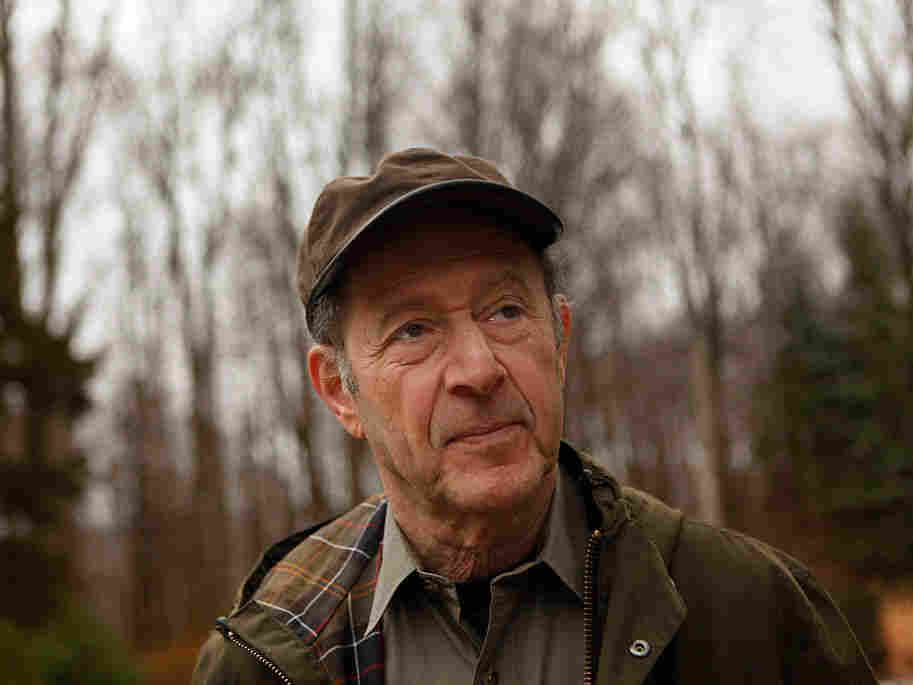 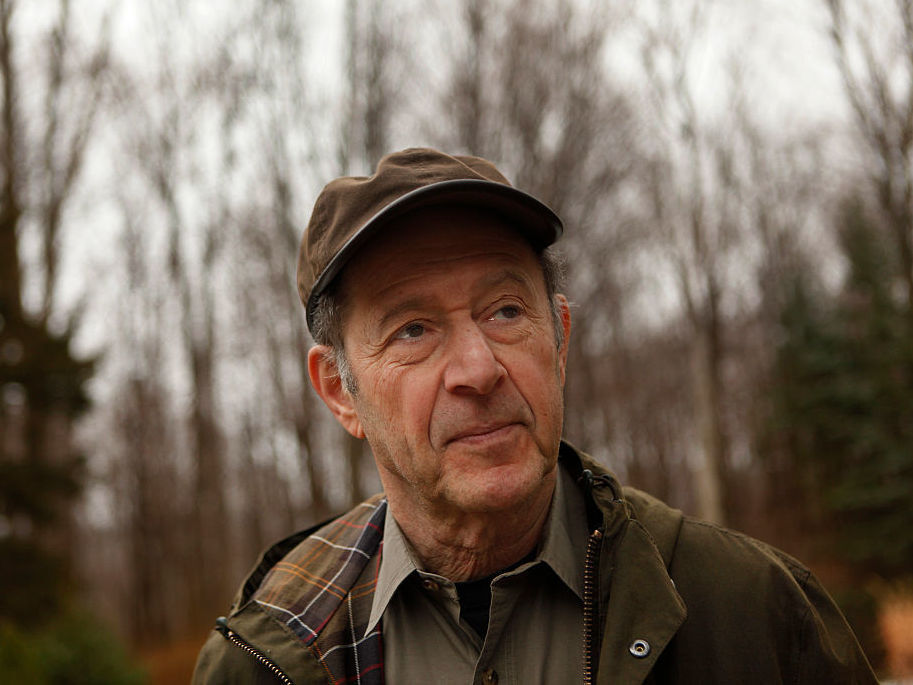 Brian Eno. David Bowie. Kraftwerk. Radiohead. Aphex Twin. The National. These are just some of the contemporary artists and bands who have looked up to American composer Steve Reich. Since the 1960s, Reich's hypnotic and coolly modern music has won him fans across many genres, as well as a Pulitzer Prize.

Earlier this month, Reich celebrated his 80th birthday — and he's being feted in concerts around the world this year. So I headed to his home in upstate New York to speak about his career so far, and what's next.

Steve Reich is a quintessential New Yorker. He's a fast talker. He's usually dressed in all black, his outfit always topped off by a baseball cap. And he vividly remembers how much Sept. 11 reshaped his city.

In 2011, I spoke to him about the piece that he wrote as a reflection on that terrible day and its ramifications: WTC 9/11, for string quartet and pre-recorded tape.

In WTC 9/11, the composer interspersed emergency calls from first responders and air traffic controllers with the recollections of his friends and neighbors.
The last movement of WTC 9/11 includes the recollections of Jewish women who sat with victims' remains and chanted psalms and other Biblical texts.

Over the years, Reich has drawn upon his own Jewish roots — and faith — in some of his works. He was born to a Jewish family, but didn't grow up immersed in the religion, language or culture. "I'd been brought up Reform. I didn't know aleph and bet," he says, referring to the first two letters of the Hebrew alphabet. "I didn't know anything."

Reich started delving into traditional Judaism in the mid-1970s. And what led him to that spiritual path was something surprising: a trip he took to Ghana, in west Africa, to study drumming with Ewe and Ashanti masters.

"And I began thinking," he continues, "'You know, I'm a member of the oldest existent group that has still remained somewhat cohesive, for going on 3500 years, and I don't know anything about it.' So I thought, 'Maybe I ought to go looking in my own backyard, and dig up the crabgrass, and see what's there!'"

Reich began using words as a basis for music back in the 1960s, experimenting with tape recordings and manipulating their speed, as in his 1965 piece It's Gonna Rain and 1966's Come Out. Come Out was inspired by the case of the Harlem Six, young African-American men who were arrested after a riot, and accused of murder. Daniel Hamm was one of them, and his case was later overturned. At the beginning of the piece, Hamm describes being beaten by police and trying to prove that he had been brutalized: "I had to, like, open the bruise up," Hamm said, "and let some of the bruise blood come out to show them."

"Come Out was a civil rights piece," Reich says. "The world premiere of Come Out was as pass-the-hat music for the retrial of the Harlem Six in Town Hall."

Reich has continued to find music in speech, hearing melody in the flow of words. "I mean, what tells you more about a person, a photograph of them, or a recording of their voice?" the composer says.

He took voices from his own life experience to create Different Trains, his first piece for string quartet and recorded voices, in 1988. Reich spent much of his childhood on trains shuttling between his divorced parents in New York and Los Angeles. This was the late 1930s and early 40s. As a grownup, Reich realized that if he had been a Jewish child in Europe back then, he would have been riding trains under very different circumstances. In his composition, he used the voices of his governess, a Pullman porter, and three Holocaust survivors to compare those experiences.

The melody of the human voice became one of Reich's signatures. He quotes Czech composer Leos Janáček: "Speech melody is like a water lily whose roots go down into the bottom of the soul."

But he's also a drummer who likes to play with time — and another recurring device in his music is called phasing.

Adam Sliwinski is a member of the group So Percussion, and Reich's 1971 piece Drumming is a touchstone for them. He explains how phasing works.

"We think of it as like when you're in your car, and you've got your windshield wipers on, and the person in front of you has their windshield wipers on, or their blinker," Sliwinski says. "And it looks for a minute like they're perfectly together. But then you notice that they're kind of coming apart — one of them is slightly faster. And then you think that maybe they're exactly opposite from each other. But then you realize no, that's impossible, and then they come back apart and back together again. That's a lot of what phasing is, and what it feels like."

Steve Reich was always attracted to a huge swath of music. He grew up loving classical and jazz in equal measure.

"I became a composer because I'd heard the Rite of Spring of Stravinsky, I'd heard Bach's Fifth Brandenburg, I'd heard bebop — Charlie Parker, Miles Davis — music that had a lot of rhythmic energy, music which was finally harmonic. I know the Rite of Spring's harmonic quality is not that of Charlie Parker. Neither are they that of Johann Sebastian Bach. But they all had what Stravinsky called the magnetic attraction, the polaric attraction of sound."

When Reich began giving performances of his music back in the 1960s and 70s, he often did them in downtown galleries and loft spaces — alongside visual art that paralleled his kinetic musical ideas. His world was a galaxy away from the gold and glitter of New York's grand concert halls.

But over time, Reich's work has been embraced by all those temples of high culture. To mark his 80th birthday, concert venues around the globe have scheduled special concerts and series to celebrate his lifetime of work. But Reich is still speeding straight ahead: next month, he is having two new works premiered — one at the Royal Ballet in London, and the other at Carnegie Hall.