Accessibility links
Bringing A Christmas Classic To Wonderful Life — On Stage : Deceptive Cadence Librettist Gene Scheer says the drama of George Bailey's life is "an operatic story." So he, along with composer Jake Heggie, turned It's a Wonderful Life into an opera. 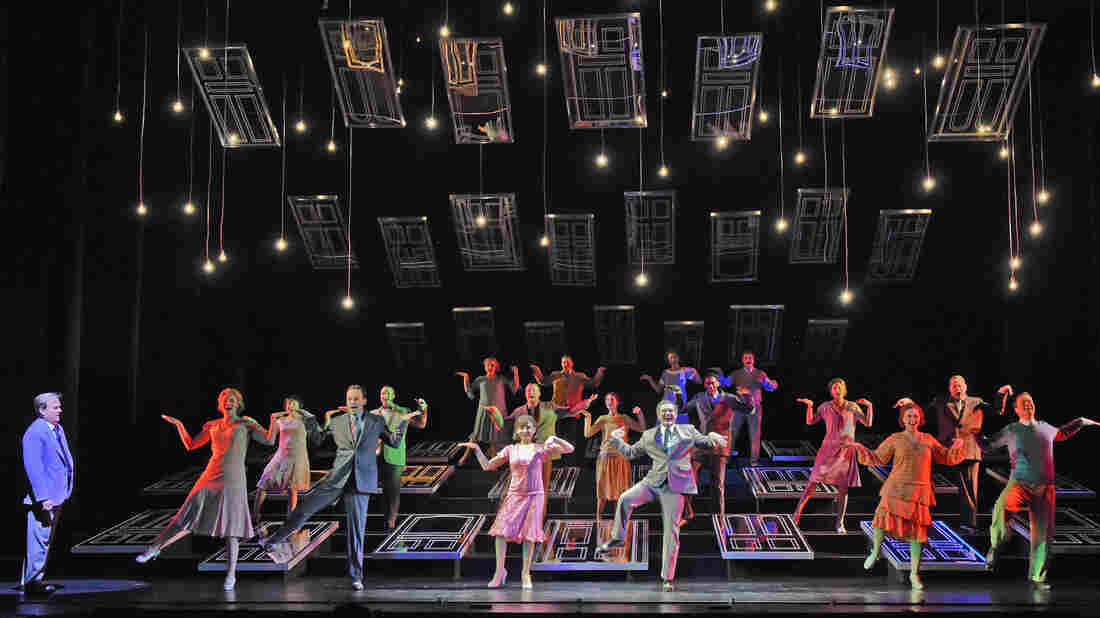 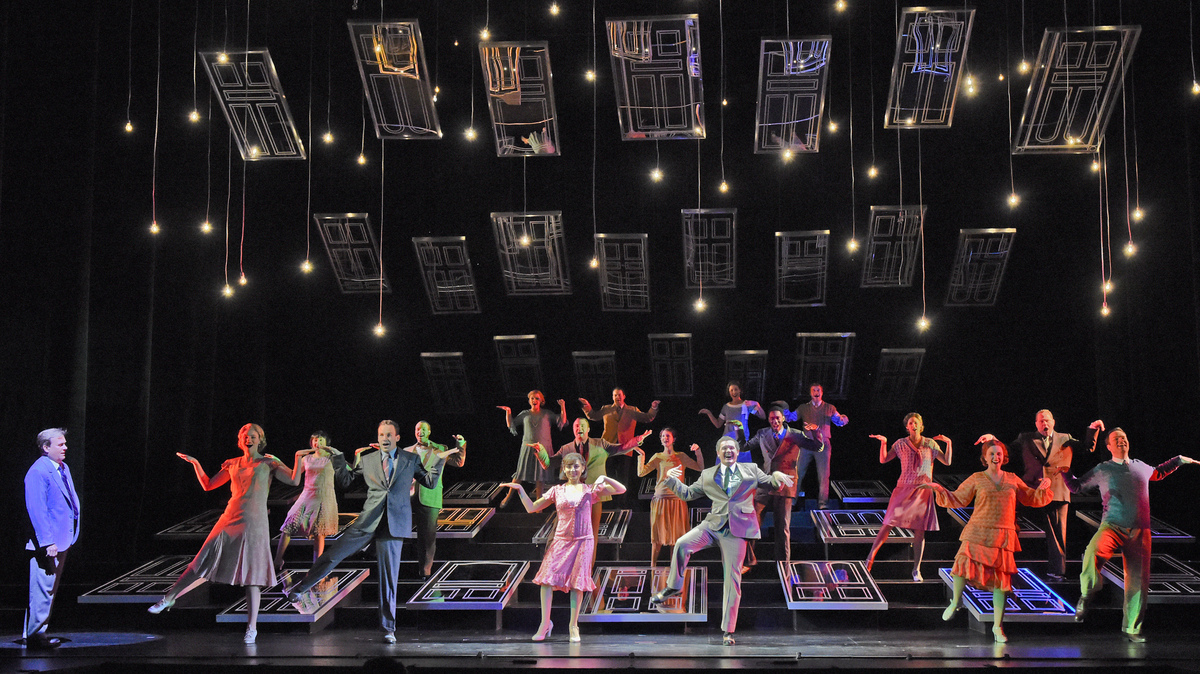 Christmas is coming, and soon TV screens everywhere will light up with that 1946 holiday classic, It's a Wonderful Life. But the same story is coming a little early to the stage of the Houston Grand Opera. That's right: An operatic version of George Bailey's struggle with life and death opens this Friday.

Librettist Gene Scheer admits that adapting such a beloved movie has sometimes felt like a fool's errand. "It's almost secular scripture, this piece," he says. "Everyone knows all the lines."

In the film and the opera, the story is the same. Both look at the life of George Bailey of Bedford Falls: his dreams, his love, his crushing disappointments which bring him to the brink of suicide. "In the end, it's really such an operatic story," Scheer says.

Composer Jake Heggie says they had to put the iconic Frank Capra film as far behind them as they could. "You internalize the material: You love it, you memorize it, and then you forget about the original source," he says. The goal, he says, is to "honor the source by doing something fresh and new — while still telling that story."

For starters, the angel named Clarence — who saves George Bailey in the movie — becomes Clara. And instead of just coming to save George, the angel needs to uncover essential truths about George's character as part of her mission to earn her wings. "Clara is able to access all the days of George's life and, one by one, she pieces together, slowly, the story," Scheer says.

Perhaps because of the part's evolution, Talise Travigne, who plays Clara in the opera, won't be too easy to compare to actor Henry Travers, who played Clarence in the movie. But tenor William Burden, who plays George Bailey, is up against the even longer shadow of Jimmy Stewart.

Burden knows he isn't Stewart. "Nobody could be!" he says. "And I don't think anyone would even want to be. That is a remarkable performance. And so, what I am hoping to do is to take this treatment of this wonderful story and bring it to life in the best possible way that we can."

Perhaps the most surprising choice Heggie and Scheer made was to eliminate music entirely from the most climactic moment of the piece, in which the angel shows George what life would have been like if he'd never been born.

"It is an opera, and the idea that the world without George Bailey is a world without music seems to be a beautiful way of depicting it," Scheer says.

Heggie says George's realization — that the world is indeed a better place because of his existence — is relatable for the story's audience. "I think it's information that all of us can connect with and understand," he says. "That's why it really is such a universal story."

While many people are sure to catch the movie on TV this holiday season, they might not be able to make it to Houston for the opera. Not to worry: It will be back for Christmas 2018 in San Francisco — and perhaps for many more Christmases to come.