Accessibility links
'Morricone 60': An Orchestra-Infused Look At A 60-Year Career : Deceptive Cadence Film composer Ennio Morricone, known for his use of harmonica and whistling on Western scores, has re-imagined his most popular sounds with help from the Czech National Symphony Orchestra. 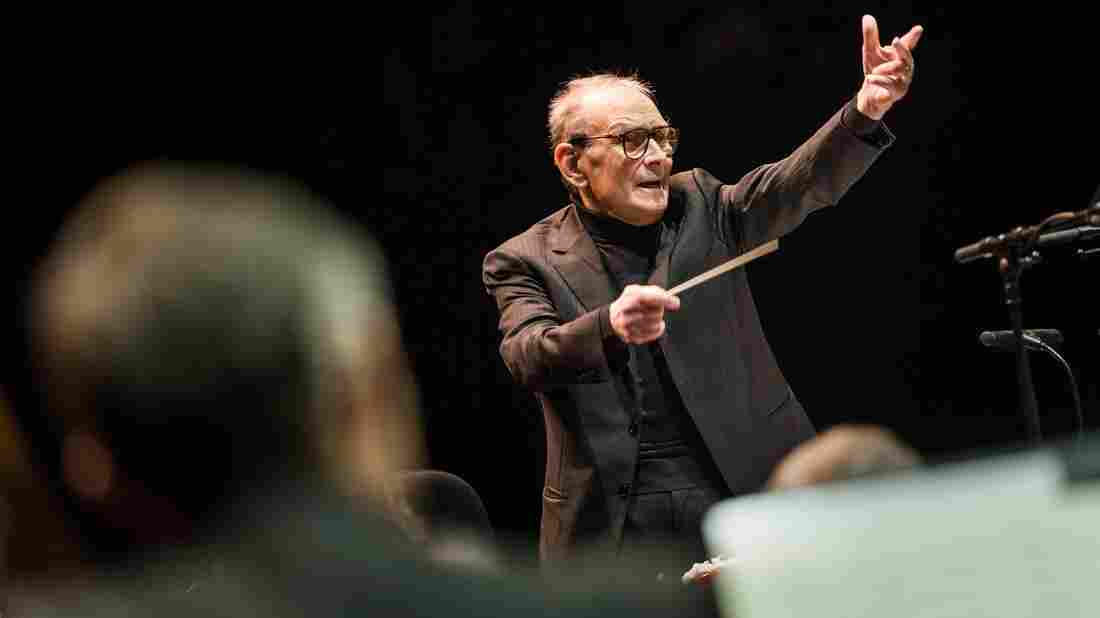 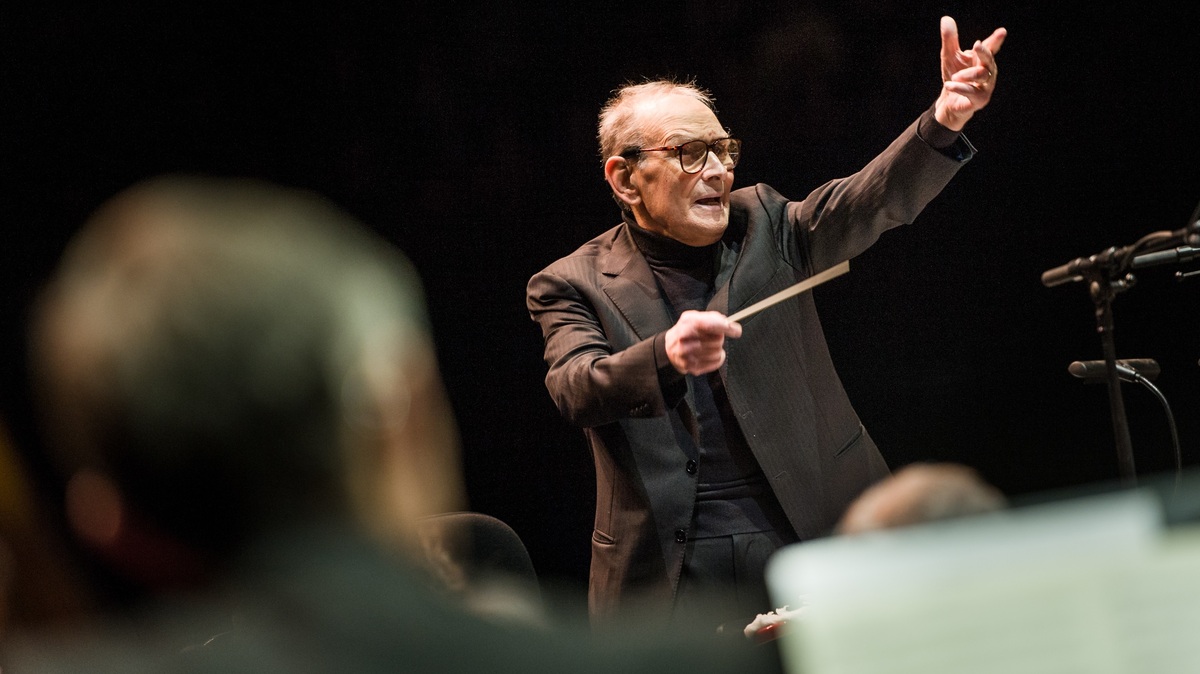 Jelmer de Haas/Courtesy of the artist

Ennio Morricone is as about close as a film composer can come to being a household name — and, at age 88, he's still going strong. This year, he was signed to a new record label and has now released a new recording, Morricone 60, named for the number of years he's been in the business.

Morricone, who composed the memorable soundtracks for Sergio Leone's classic 1966 spaghetti western The Good, The Bad and The Ugly and Quentin Tarantino's 2015 Western mystery The Hateful Eight, can evoke the mythic American West with just a few notes from the harmonica. When he first started composing, he couldn't afford a full orchestra. Coming from an experimental background, he wanted to challenge boundaries anyway. So Morricone set his strong melodies to a then-unconventional combination of instruments — harmonica, electric guitar and vocal effects like whistling. Those sounds helped make his spaghetti western soundtracks some of the most memorable film music around.

These days, Morricone can afford an orchestra. Morricone 60 features a couple dozen of his most famous film themes, passionately recorded by the Czech National Symphony Orchestra. On some tracks, I miss that original instrumental color; woodwinds are a bland substitute for whistling on the theme from The Good, The Bad, and The Ugly.

Spaghetti westerns are a small fraction of the several hundred film scores Morricone has composed, and there's plenty of his music that comes into its own on the new recording — like "Gabriel's Oboe" from the 1986 film The Mission. In the scene this composition accompanies, an 18th-century missionary priest plays an oboe to charm an Indian tribe in Paraguay.

Morricone has said his work is to "make explicit what a plot alone cannot explain" — and you hear that in this theme; the priest is playing for salvation but also for sheer beauty. The original soundtrack has a harpsichord grounding the oboe; on this recording, its lyricism soars with the orchestra's support.

Morricone is that rare film composer whose music has been used in the foreground, as central to the frame as an actor's face. His soundtracks have had a rich and enduring life beyond the screen. Morricone 60 shows us that some of the composer's musical imagination is too colorful for a standard orchestra, but it also gives us some of his work in full expression, the way it was always meant to be heard.