Accessibility links
Georges Prêtre, A Conductor With A 70-Year Career, Dies At 92 : Deceptive Cadence The veteran musician specialized in French repertoire and collaborated with some of the world's most famous opera singers, including Maria Callas.

Georges Prêtre, A Conductor With A 70-Year Career, Dies At 92

Georges Prêtre, A Conductor With A 70-Year Career, Dies At 92 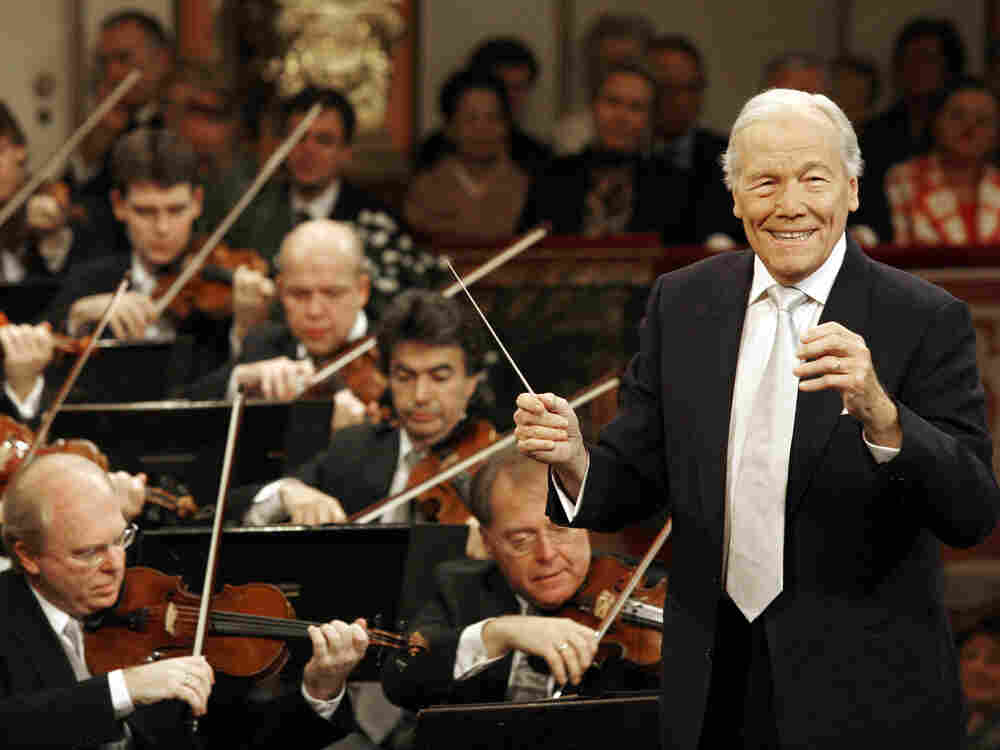 Georges Prêtre, the French conductor with a seven-decade career that included close associations with Maria Callas and many of the world's top orchestras, died Wednesday in France at age 92.

The Vienna Symphony, which announced the conductor's death, mourned the loss on its Facebook page. "Georges Prêtre was both a sound wizard and a musician with an unparalleled intensity," wrote Thomas Schindl, the orchestra's chairman. "When the last note had faded away on Oct. 12, 2016 at the Musikverein Wien, our last joint concert, a feeling of melancholy and deep gratitude was palpable among the orchestra." Prêtre, who first conducted the symphony in 1962, was its honorary conductor and its first named principal conductor.

Prêtre made his conducting debut in 1946 at the Marseilles Opéra, leading Edouard Lalo's Le roi d'Ys. He made inroads in Paris, beginning at the Opéra-Comique in 1956, where he served as the company's director for the next three years. In 1959, he led the world premiere of Francis Poulenc's La voix humaine. He debuted at the Paris Opéra in 1960.

Prêtre specialized in French music, although his repertoire ranged far wider. Some singers, such as volatile tenor Franco Corelli, believed he had little feel for Italian opera. In a 2008 biography, Franco Corelli: Prince of Tenors, René Seghers wrote that Corelli felt "Prêtre might be up to a French opera but he didn't understand a jot of Italian opera," adding that the tenor had disputes with Prêtre in productions of Bellini's Norma and Puccini's Tosca at the Paris Opéra.

The suave, athletically built conductor cut a handsome figure on stage. His expressive podium demeanor, which ranged from motionless to gyrating, reminded some of Leonard Bernstein. Le Monde notes that Prêtre practiced judo and karate, quoting him as saying: "I never used it with the musicians, but it intimidated them."

The world-famous soprano Maria Callas found in Prêtre a trusted conductor and friend. He led the Paris Opéra Orchestra in Callas' celebrated 1964 recording of Carmen, and joined her for several recital albums and concert performances.

Prêtre was born in Waziers, in northern France, Aug. 14, 1924. He studied trumpet and composition at the Paris Conservatoire, where he also took conducting classes with André Cluytens. Two significant U.S. debuts came in Chicago in 1959 and New York's Metropolitan Opera in 1964, followed by debuts at La Scala and Covent Garden a year later. Prêtre was appointed music director at the Paris Opéra from 1966 to 1971. He was awarded Officer of the Légion d'Honneur in 1984.

In more recent years, Prêtre conducted the New Year's Day concert with the Vienna Philharmonic twice, in 2008 and 2010, and was the only French conductor given this honor. The event is telecast in more than 90 countries.