Accessibility links
A Philip Glass Moment That Could Last Forever : Deceptive Cadence Pulitzer Prize-winning composer David Lang has been a Philip Glass fan since high school. But it was a performance of the opera Satyagraha triggered a genuine epiphany. 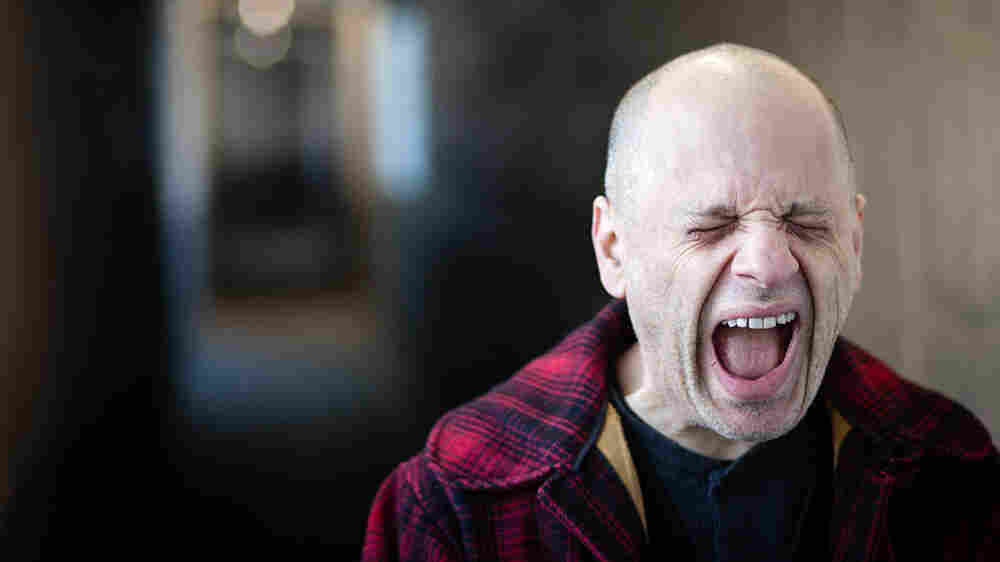 Editor's Note: On Jan. 31, Philip Glass turns 80. We're marking the event by asking a few of his collaborators and colleagues to talk about him and his music. The Pulitzer-winning composer David Lang counts himself a Glass fan since his record store days in the early 1970s. Look for essays this week from Errol Morris, Nico Muhly, Paul Simon and Laurie Anderson.

In 1981 I went to see Satyagraha at the Brooklyn Academy of Music. I was still a graduate student then, but I had been a Philip Glass fan for a very long time already. I was first exposed to his music when I was a senior in high school, in Los Angeles in 1974 — I worked in a record store and a friend told me that there was a young composer in New York who had taken control of the means of his own production. He had his own ensemble and was putting out his own records, on his own label, and you could get them only by mail order. I sent away for them immediately.

By 1981 I had already seen Glass' ensemble play several times and had already fallen under the spell of Einstein on the Beach. Satyagraha promised to be a different kind of piece — a bio-opera of Mahatma Gandhi, in which music would display both real-life and imagined episodes from the life of a real person.

I admit that at first I had trouble settling into it — it was hard for me to reconcile the surreal documentary aspects of the piece with the music. But by the time the final aria of the third act came on I was hooked.

Gandhi's final aria, a rising phrygian scale that repeats over and over, was the first time I had ever encountered anything in music that I wished would never end. It was so beautiful, so hopeful, so aspirational.

It seemed to me that it was beautiful for two reasons: The opera and its libretto created the need in us to recognize something eternal, something to believe in that is larger than ourselves, and then the music gave it to us. It was like an oasis opened up in the opera and in my life.

What I learned from that moment was the difference between music that takes you someplace and music that just is someplace. I have been trying to be someplace ever since.