Accessibility links
In Pursuit Of A More Diverse Night At The Opera : Deceptive Cadence How do you attract a more diverse audience at the opera? One answer is to produce operas with characters that look more like the general citizenry. 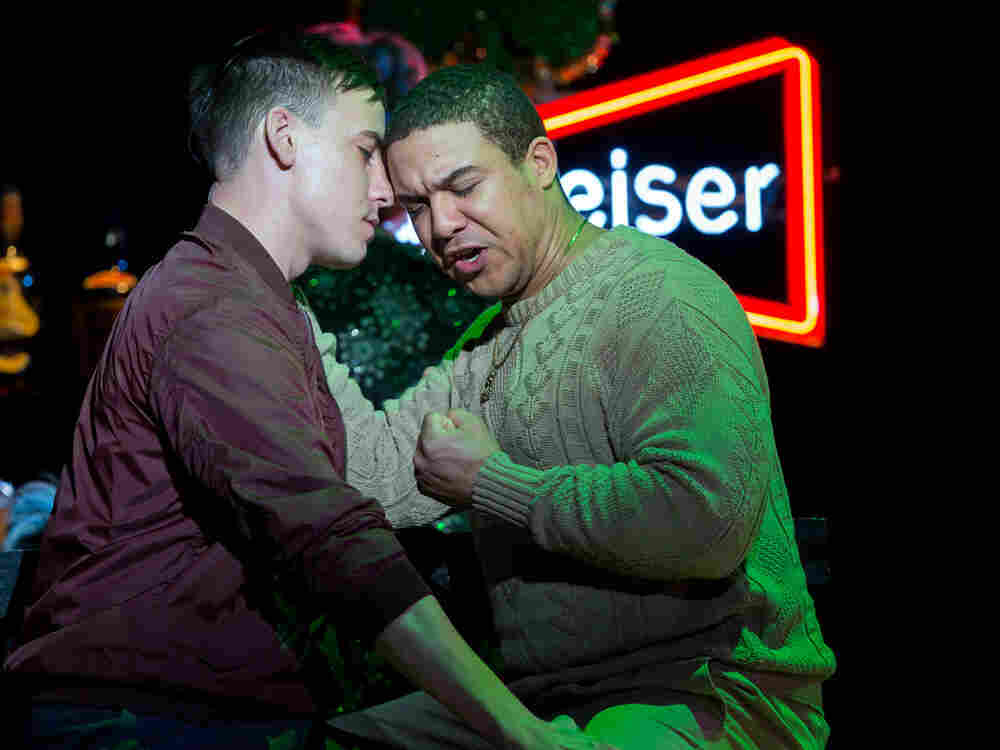 Symphony orchestras and opera companies across the country continually ask the same question: How do we attract a younger and more diverse audience?

Saturday night, I discovered something of an answer at the Washington National Opera's east coast premiere of Champion, a four-year-old opera by jazz trumpeter and composer Terence Blanchard.

The opera's themes of self-discovery, sexual orientation and the American Dream seem to resound even more loudly today than when the opera premiered in St. Louis in 2013. Perhaps as a result, audience members — straights and gays, many African-Americans, Hispanics and many young people — realized they would see characters who looked and acted like themselves on the stage.

This is no opera where handsome, white tenors portray kings or beautiful European sopranos play consumptive heroines. Instead, Champion tells the true story of Emile Griffith, the resourceful Virgin Islands native who moves to New York to become a hat maker but ends up the welterweight boxing champion of the world throughout the 1960s. He also happens to be gay.

A focal point of the story, which unfolds in flashback scenes from the elderly Griffith's point of view, is the fighter's pivotal bout in 1962. Battling Cuban boxer Benny Paret, who taunted with homophobic slurs, Griffith delivers a series of blows which sends his opponent into a coma, and subsequent death.

Haunted by the victory, Griffiths, who struggles with his sexual identity and suffers a brutal beating at the hands of hoodlums, sings the line: "I killed a man and the world forgave me, I love a man and the world wants to kill me." Audiences interrupt operas to clap for arias and high notes, not for single lines in librettos. But Saturday night this line elicited an ardent round of applause. 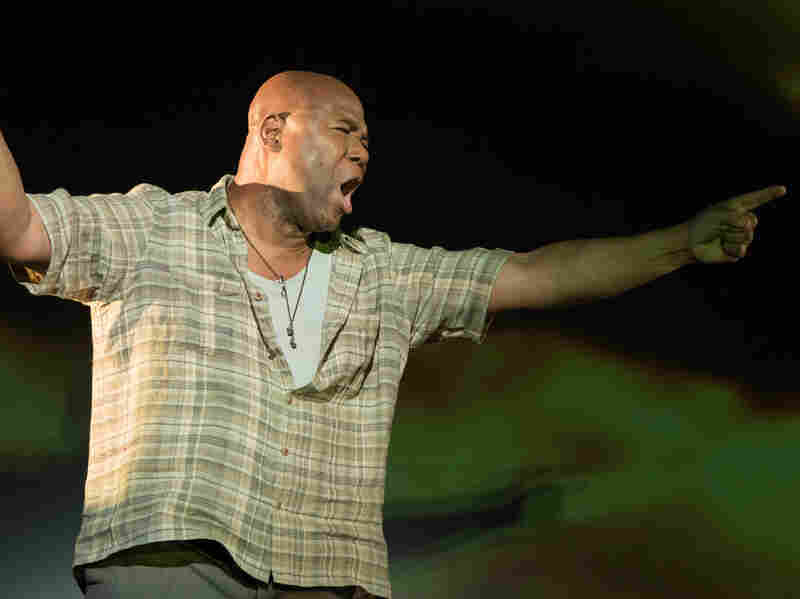 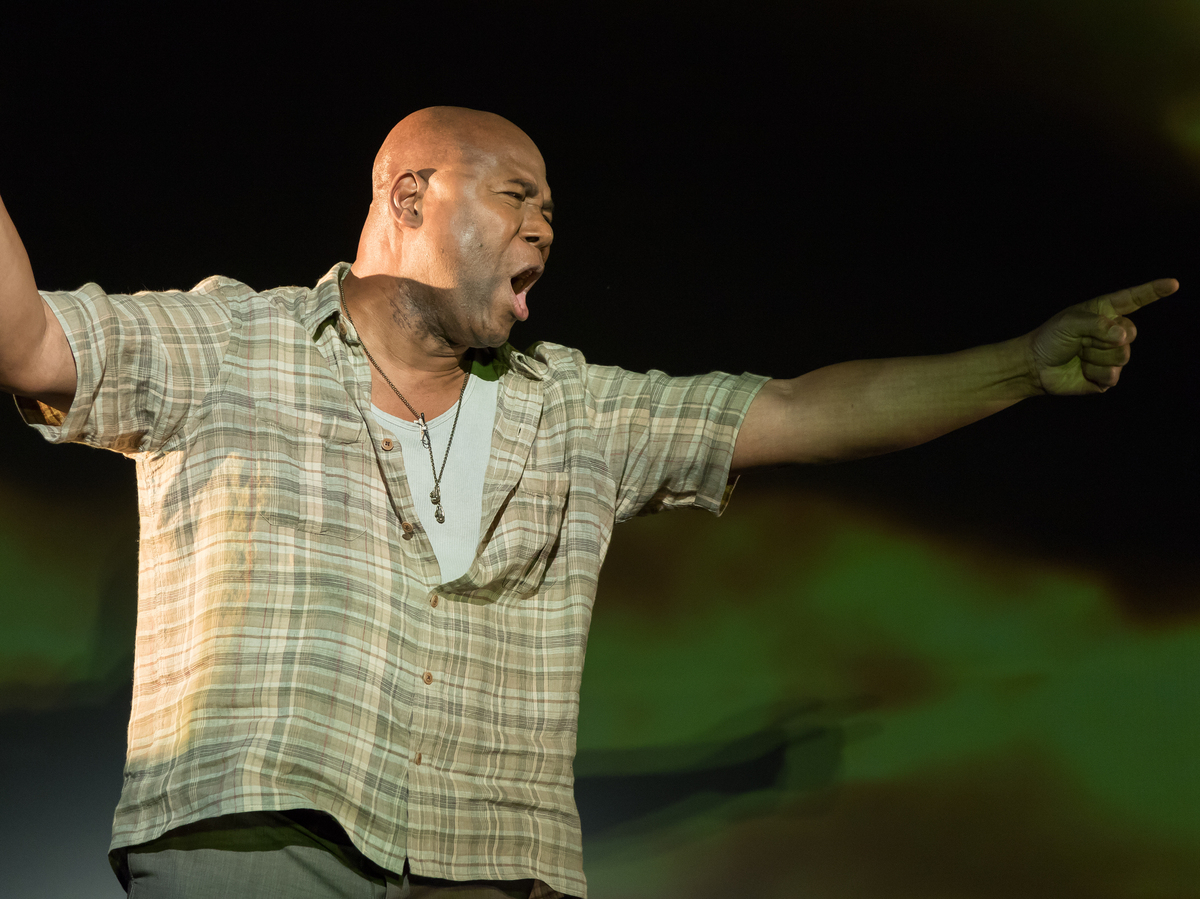 Not only did Champion's characters mirror audience members in terms of looks, they also spoke like us, whether they were cajoling, cursing or just being honest about wanting to get laid.

Pulitzer-winning playwright Michael Cristofer peppered his libretto with candid talk of sex, plenty of f-bombs ("F*** me sideways," the proprietor of a gay bar bellows when Griffith walks in for the first time) but also tender dialogue dealing with dementia, with which the older Griffith, warmly sung by bass Arthur Woodley, suffers.

Blanchard's music reflected diversity too. There were lush strings and brass blends, in a post romantic classical style, not unlike what we've heard in his many movie scores to films like Spike Lee's Inside Man or Malcolm X. Arguably, more distinctive music came from the jazz quartet Blanchard embedded within the orchestra pit. Still, he isn't afraid to select a single instrument to accompany singers. Mezzo-soprano Denyce Graves, as Griffith's wayward, rum-swilling mother, delivered a heartfelt aria accompanied only by a double bass.

It didn't really bother me that some passages of the libretto were predictable, that a few of the voices weren't at their best, or even that the opera might benefit from a little judicious trimming.

What was more important Saturday night was that for once at WNO I felt like I wasn't part of the opera elite but instead sitting with the citizens of my city.

WNO Artistic Director Francesca Zambello, in a note inside the Playbill, rightly points out notes that "opera can be an important voice to offer discussion about many moral questions." But what does it matter if the only folks in on the "discussion" are the same older, white audiences we usually see at the opera house?

(Champion runs through March 18 at the Kennedy Center Opera House.)