Accessibility links
A New Orleans Company Shines A Light On Opera's Diverse History : Deceptive Cadence Givonna Joseph, founder of OperaCréole, explains why it's so important to perform the works of composers of color, which she says were historically "hidden on purpose." 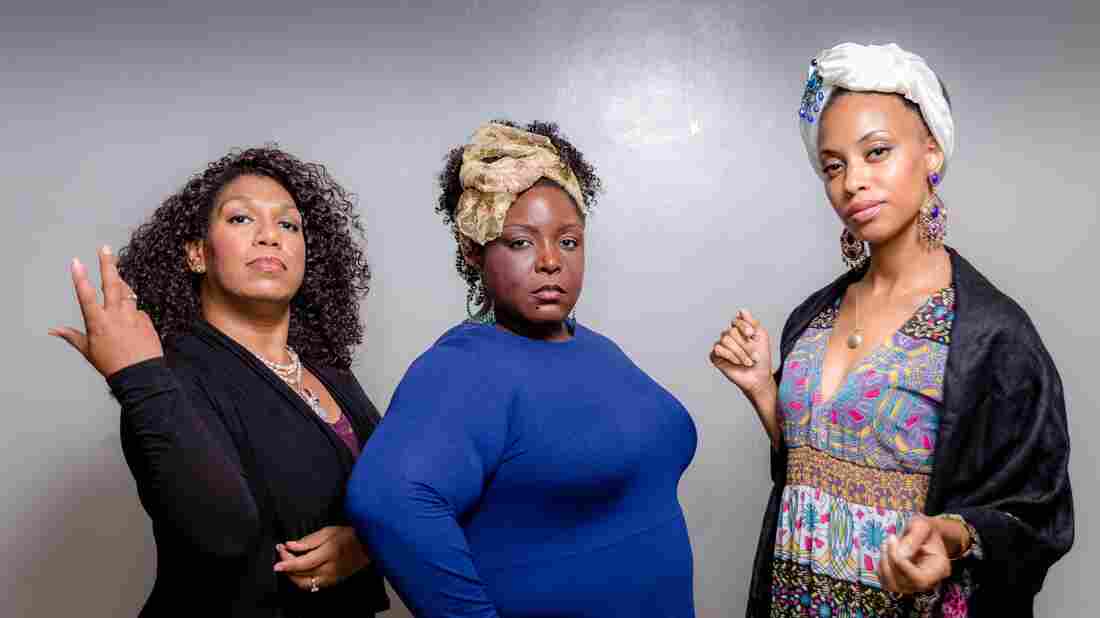 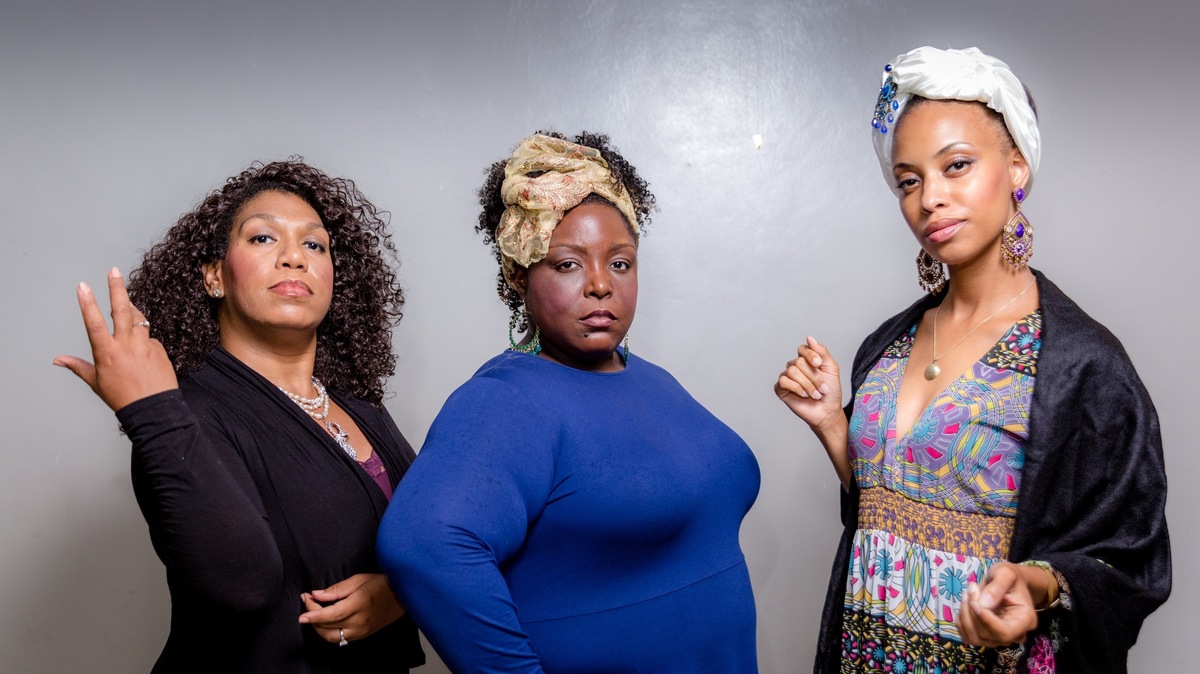 For many people, New Orleans is practically synonymous with jazz; it's the birthplace of both the music and many of its leading lights, from Louis Armstrong to Christian Scott aTunde Adjuah. But now, one organization is working to draw attention to the city's history of opera music.

OperaCréole, an opera company founded in New Orleans, is resurrecting music written by local composers of color and others who've been left out of the overwhelmingly white, male canon. The company's latest production, La Flamenca, is by the Creole composer Lucien-Léon Guillaume Lambert, whose father was born in New Orleans.

Lulu Garcia-Navarro: So tell us about this composer, Lucien-Léon Lambert.

Givonna Joseph: He was born in Paris; his father was a 19th-century New Orleans free composer of color. His father, Charles, performed and wrote music here as well as South America, and landed in Paris, where he married a Parisian. And Lucien was born there. He had the pleasure of studying with one of the great French composers, Jules Massenet. And in 1903, Massenet opened the French opera season in Paris with a production of Hérodiade, and 10 days later his student debuted his opera, La Flamenca. And it has been essentially not performed anywhere since 1903, that I have been able to find — certainly not in America. And we were lucky enough to bring it home.

La Flamenca is set in Cuba during the Spanish-American war. There's a unique heroine faced with a very dramatic dilemma: a conflict between desire and country.

[In one scene, the main characters] are talking about the conflict between the love for each other and her determination to fight for the independence of Cuba. She says, "I am a Creole and you are a Spanish officer, and we should be enemies." And, of course, they find great love with each other, and so she has to try to negotiate the independence of her country — continuing to be politically involved in that — and this love relationship.

Can you hear evidence of Lambert's Creole heritage in this work?

Well, the Creole heritage in 19th-century New Orleans was very much a French heritage. They all spoke French, his father would have spoken French, and so it's natural that he would have written it in French. And New Orleans is the first city of opera — we hear about the birth of jazz, but the first opera performed in America was performed here in 1796. ... And from that point on, until about 1919, we had about five opera houses. In those opera houses, free men of color were in the orchestras.

You've said that works by composers of color are "hidden on purpose." What did you mean by that, and why is it important to bring works like this to audiences now?

Well, the opera audience is a very diverse audience. When I said it was hidden on purpose — historically is what I mean, not currently. But historically, we have evidence of composers all the way back to Mozart's time — le Chevalier de Saint-Georges, upon his death, someone did burn some of his music. Luckily, some things did survive, and we have finally found them and people around the country are enjoying that music. But historically it's been an issue, keeping that part of who we are suppressed.

I had to grow up with people saying, "Well, black people don't really do that." And at the age of 15, when I started studying voice and my voice teacher, Charles Paddock, who taught at Loyola, was encouraging me to do this ... I did not know the wealth of information that was just not there for most of us to find. And so we didn't really know what our heritage was in terms of opera and hundreds of years' worth of classical music.

I'm curious about the wider world of opera — have you seen the same embrace of this history of musicians of color actually influencing something like the Met, for example?

I would like to say that I see a lot of it. There has been some changes in terms of new composers like Terence Blanchard's work being done — New Orleans Opera will present his work next spring. But unfortunately, I just don't see enough of it happening. Great composers like William Grant Still — still not getting his due on the main opera stage. I think [there's] still work to be done in that department.

Unfortunately, the difficulty for a huge opera company is: How do you put on a work that people don't know? How do you know if you can fill up your theater or your opera house with this, and how do you sell it? That's probably part of the difficulty, but in some cases I don't think that they even know about the work. ... I decided that I really needed to make this my baby, that I just needed to take it and run with it and do the best that I could, and hopefully I would really help to bridge the gap.

What do you think audiences are getting out of this that they might not get from a more mainstream opera performance by someone like Mozart?

Well, I think in part because we're a small company — and the Marigny Opera House, where we've been performing these productions, is an intimate venue — I think people enjoy that intimacy. The biggest thing that I hear, especially from people who are not regular opera-goers, is that they come up and they thank me for the history. It is the history that people are starving for. They want to know who they are; they want to know the great things that they have accomplished and [that] we have accomplished as a people in New Orleans in general. I think that is really what drives a lot of people, and they enjoy the music once they get there. ... We had someone this past weekend that said, "This is my first opera experience. I've never gone, I thought I would never go, but I will be here for everything that you all do."

Is that what you're hoping people will come away with — a newfound appreciation not only for opera, but also for the contributions of people of color?

Absolutely. Opera is just a thing that I love and I want everybody to love it and to give it a chance. There's such fun and such drama in it, and so that's really great. But I think so much of our future as a country, and especially as New Orleans will celebrate 300 years next year — we need to have a better understanding of who we are as a country and how everyone has contributed to its greatness in so many ways that we don't know about. And I think that will make a difference for all of us. And I especially hope that it makes a difference for young people like me, when I was 15 — that a 15-year-old doesn't have to hear, "We don't do that." That we're not putting ourselves in boxes where we don't belong. Because we have done many, many amazing things across the board, not just in music but in science and everything else. So I'm hoping to spread the joy.