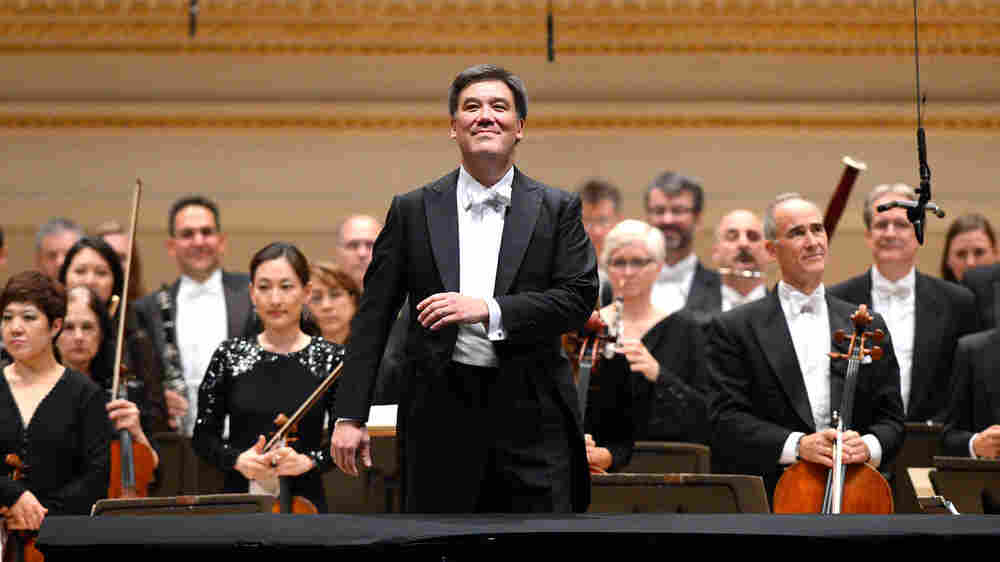 Alan Gilbert (center) with the New York Philharmonic at Carnegie Hall. He has left that orchestra and announced his new position as chief conductor of the NDR Elbphiharmonie, in Hamburg, Germany. Andrew Toth/Getty Images hide caption

Earlier this month, the New York Philharmonic's outgoing music director Alan Gilbert said goodbye to his orchestra in a series of concerts. Today, he is saying hello to a brand new job in Hamburg, Germany.

This morning, the NDR Elbphilharmonie Orchestra is announcing Gilbert as its new chief conductor. He will begin this fall with a designate title, and is scheduled to take over completely in the 2019-2020 season.

In a prepared statement, Gilbert said, "Very little would have tempted me to take on the challenge of a new position so soon. But the perfect confluence of circumstances seems to have come together with the Elbphilharmonie Orchestra." Gilbert has significant history guest conducting the ensemble, which until recently went by the name NDR Symphony Orchestra of Hamburg.

Gilbert, now 50, surprised more than a few when he announced in February 2015 that he would be stepping down as New York's music director in the summer of 2017. His eight-year tenure with the orchestra has been widely praised by critics, both for its bold insight and willingness to take risks. For example, in 2010 Gilbert mounted a semi-staged production of Ligeti's little heard, absurdist opera Le Grand Macabre, which amazed many by selling out three performances.

But at the time of his departure announcement, Gilbert told NPR he didn't consider it so abrupt. "When I was starting the job, I thought eight years would be just about right," he said. It was also clear that Gilbert wasn't looking forward to the upcoming refurbishing of what was then called Avery Fisher Hall (now rechristened David Geffen Hall), the orchestra's home at Lincoln Center.

"I feel that the orchestra needs someone to shepherd through this renovation project and carry it through to its logical conclusion, which is obviously the reopening of the hall," he said. "And as the schedule has become more clear, it's obvious it's not going to be until 2021 at the earliest. It's not for me. It feels too long."

The roots of Gilbert's new orchestra date back to just after World War II, when British officials encouraged German conductor Hans Schmidt-Isserstedt to set up a broadcasting orchestra modeled after London's BBC Symphony Orchestra. The conductor gathered musicians from every corner of Germany, including some who had been in prison camps. The orchestra performed with violinist Yehudi Menuhin in August 1945. 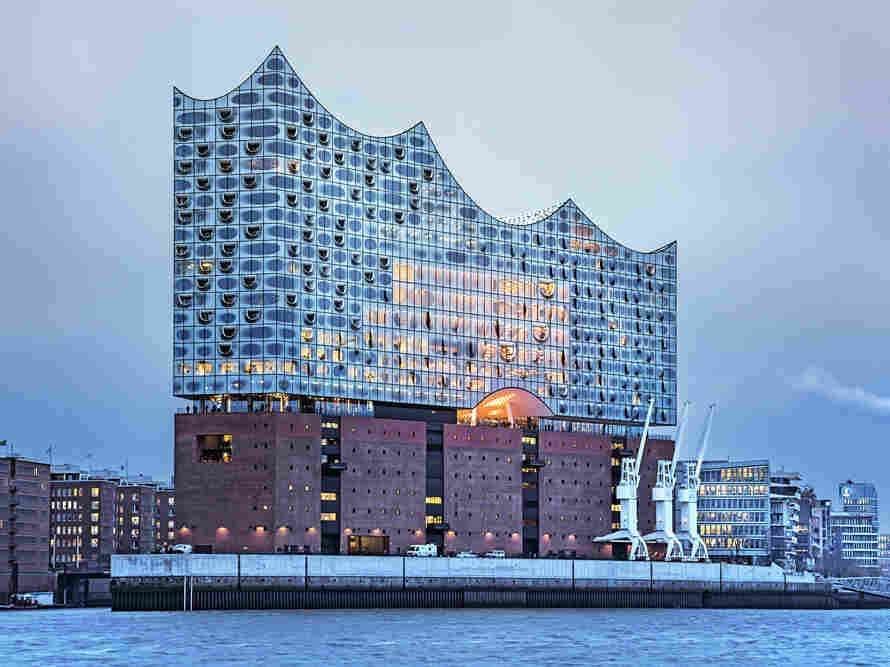 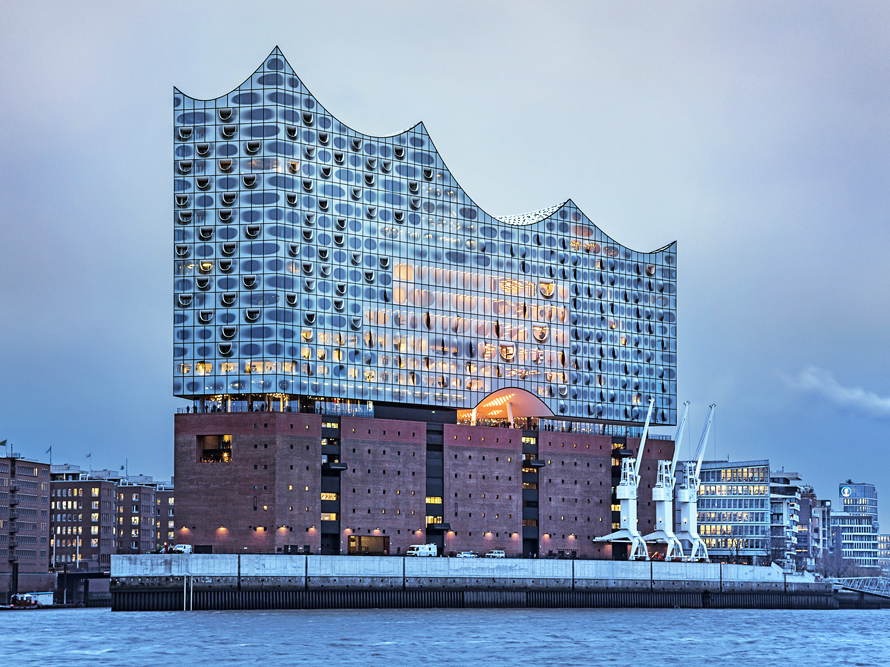 The orchestra officially changed its name when it moved to the glimmering new Elbphilharmonie, which opened in January of this year. The venue has become one of the most talked-about buildings in Europe, mainly because of its stunning looks, but also because of its stratospheric price tag, which wound up at more than $840 million.

The glistening and almost improbable-looking structure appears like crystalline dollops of meringue ladled atop a cake of bricks – bricks that are actually a 1960s-era warehouse, situated in Hamburg's busy harbor.

"But it is the architecture," as Washington Post critic Philip Kennicott wrote last month, "the way it floats like a giant ship above the old brick factory, the drama of how one enters and moves through its spaces, and the way it situates people in relation to each other in the soaring auditorium, that makes this building truly extraordinary."

Gilbert is a New Yorker – both of his parents played in the New York Philharmonic. However, the conductor wrote in an email exchange with NPR about his new position, he's "always felt the pull back to Europe, where I feel so at home as a musician."

Or is it that he increasingly felt not so at home with his New York orchestra? In his statement Gilbert noted the Elbphilharmonie's "iconic physical space." He also mentioned "pushing the paradigm of orchestras in the 21st century," and how in Hamburg he found that "all constituent groups are demanding that this process happen."

Reading between the lines, one could argue that Gilbert simply found a better hall and a more unified vision in Hamburg. When confronted with such a reading, Gilbert replies not unlike a politician: "I am always careful with the words I choose, and would only repeat how happy I am to have found this particular opportunity at this particular time."

Gilbert's first official concert leading the NDR Elbphilharmonie will come next April when he conducts Mahler's Third Symphony. His last concert – presumably for a while – with the New York Philharmonic will be July 31 at Music Academy of the West, in Santa Barbara, Calif., leading Beethoven's Symphony No. 9.