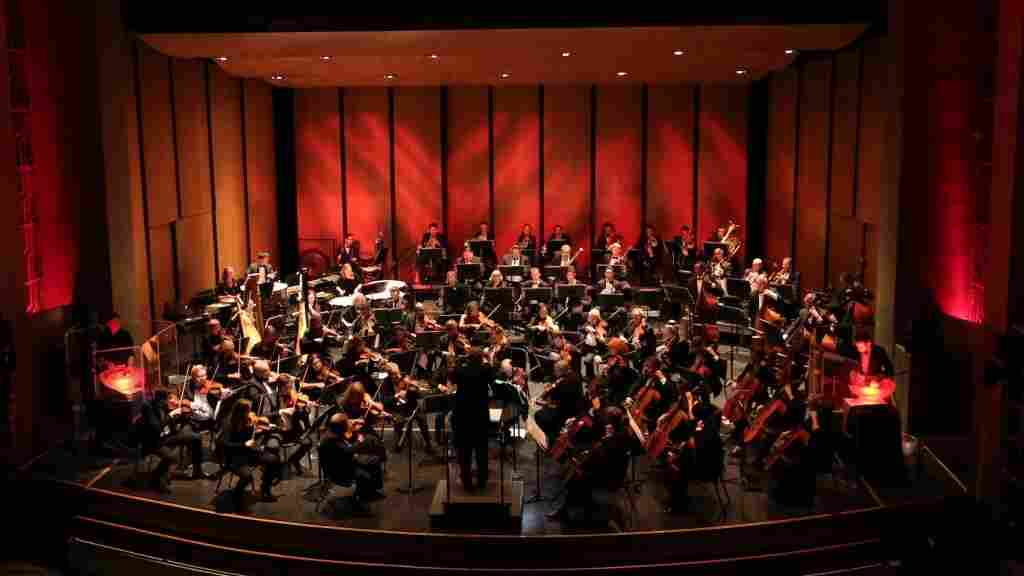 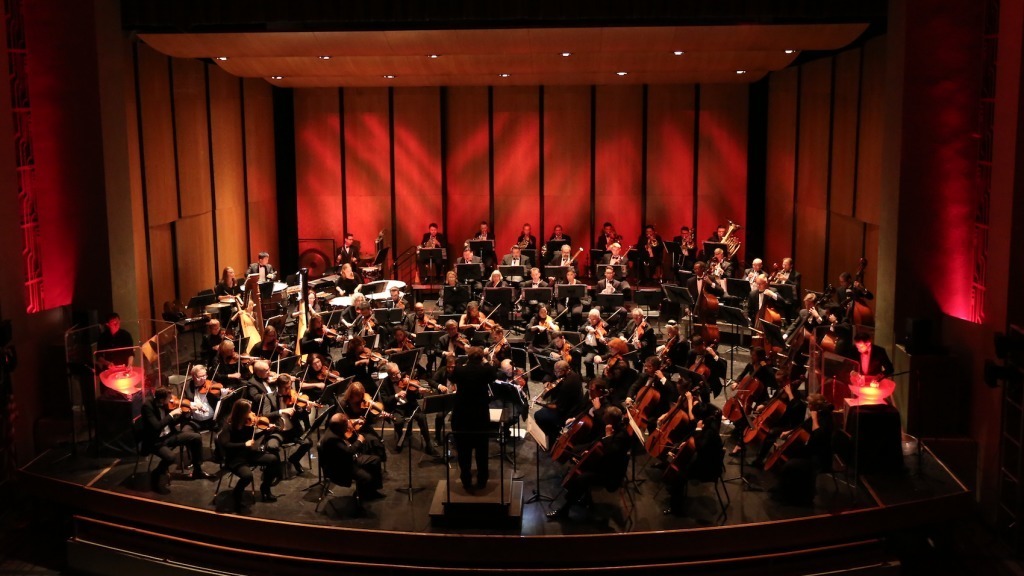 Some musicians from the Santa Monica Symphony Orchestra are protesting an invitation extended to conservative radio host Dennis Prager to guest conduct.

The Santa Monica Symphony Orchestra will have a guest conductor this week: Dennis Prager. He'll conduct Haydn's Symphony No. 51 at an orchestra fundraiser.

Dennis Prager's day job, however, has members of the orchestra up in arms — and laying down their instruments. He is a conservative talk show host who often targets multiculturalism, Muslims and LGBTQ people.

Some musicians have refused to perform, and four signed a letter asking community members not to attend the concert, objecting that Prager's political views are at odds with community and orchestra values.

Santa Monica is a famously liberal town — and Prager is an outspoken conservative who has said that "the news media in the West pose a far greater danger to Western civilization than Russia does." He has also defended free speech vociferously, including comedian Kathy Griffin's photo stunt holding up a model of President Trump's severed head — which was widely decried by many fellow conservatives.

Prager was invited to conduct the group by the Santa Monica Symphony's music director and conductor, Guido Lamell. He told NPR's Lulu Garcia-Navarro how his relationship with Prager developed.

"There's quite a background there," Lamell says. "I've been a member of the LA Philharmonic for 39 years. And I think as far as back as 30 years — or maybe 25 years — ago, I first heard Dennis Prager speaking on one of his first programs, which was called Religion On The Line. I found him very interesting. But the most important thing to me was that he was, from the outside, a staunch supporter of classical music. He would play excerpts of classical music on his program and talk about the glories of Beethoven."

Lamell was most impressed by how Prager was connecting with an audience that those in the classical music world sometimes struggle to reach.

"I knew that [Prager] had a national audience," Lamell says, "and I never heard anyone else on national radio talking about classical music. We knew that he might be reaching an audience that classical arts don't always reach. So now, we cut to the present day — we thought it would be a lovely idea to give him an opportunity to conduct our orchestra. We felt that he would bring an audience that we don't usually reach, and that's what we were most excited about."

Many of the musicians in the Santa Monica Symphony Orchestra, however, were notably less excited. Their open letter called Prager's views "deeply bigoted" and referred to some of his statements as "horrible and dehumanizing." Lamell had a different reaction when asked about Prager's views. 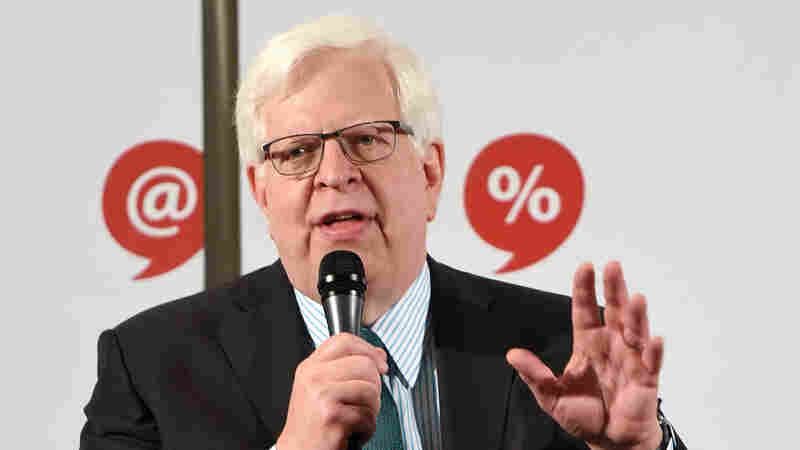 The decision to invite Prager, who participated in a Politicon panel in July, to guest conduct the Santa Monica Symphony this week has incited controversy. Joshua Blanchard/Getty Images for Politicon hide caption 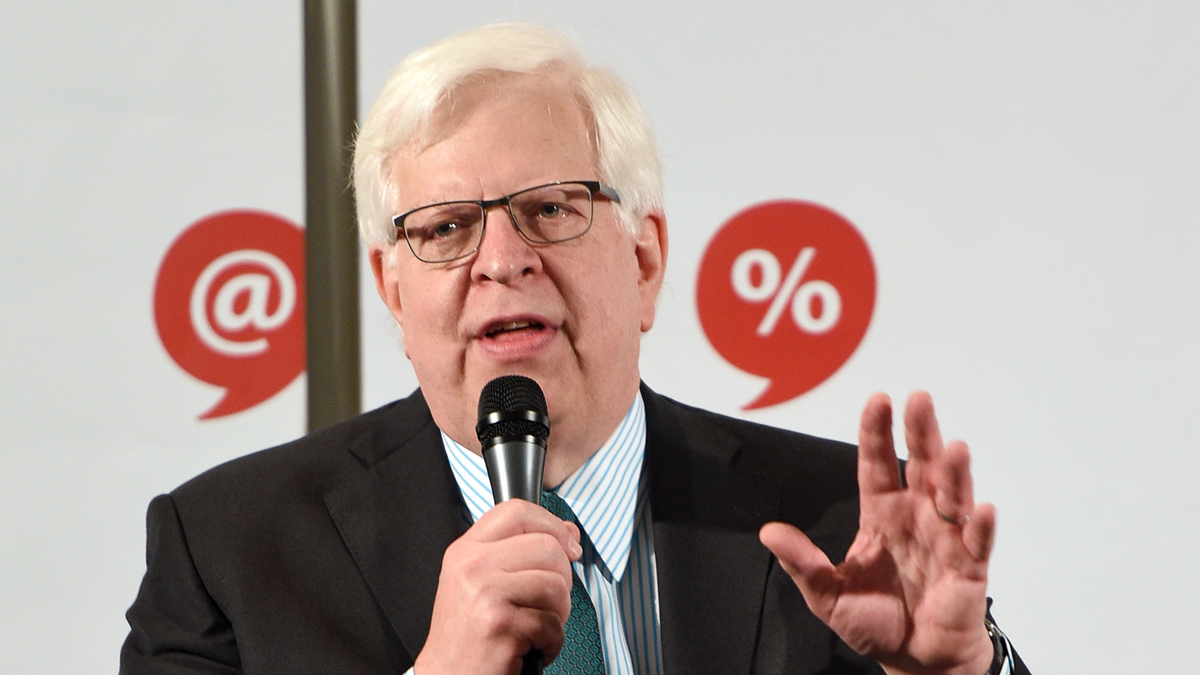 The decision to invite Prager, who participated in a Politicon panel in July, to guest conduct the Santa Monica Symphony this week has incited controversy.

"I'm not even going to comment on it, because it's — first of all, that's not what I'm about, or what we're about," he says. "All I can tell you is that when I first proposed this to the orchestra, 90 percent of our orchestra was excited about this and wanted to be part of this program. I also mentioned it to others, and some chose not to play."

Prager's appearance raises a question that is becoming more and more common in the current political climate: Is it possible to separate a person's views from the art he or she participates in? Lamell believes it is.

"They are two entirely different worlds: Political discourse is one realm, and music is another realm," he says. "For me, music is an eternal flame; in fact, if I dare say this, I've kind of latched onto an expression — I like to say: Music trumps politics. That's how I approach this."

Lamell points out, too, that Prager did not intend on turning his appearance into a moment for politics.

"Prager came to this plan absolutely with the intention of not bringing the slightest mention of any political issues at all," Lamell says. "This was all about the music, all about his passion in music."