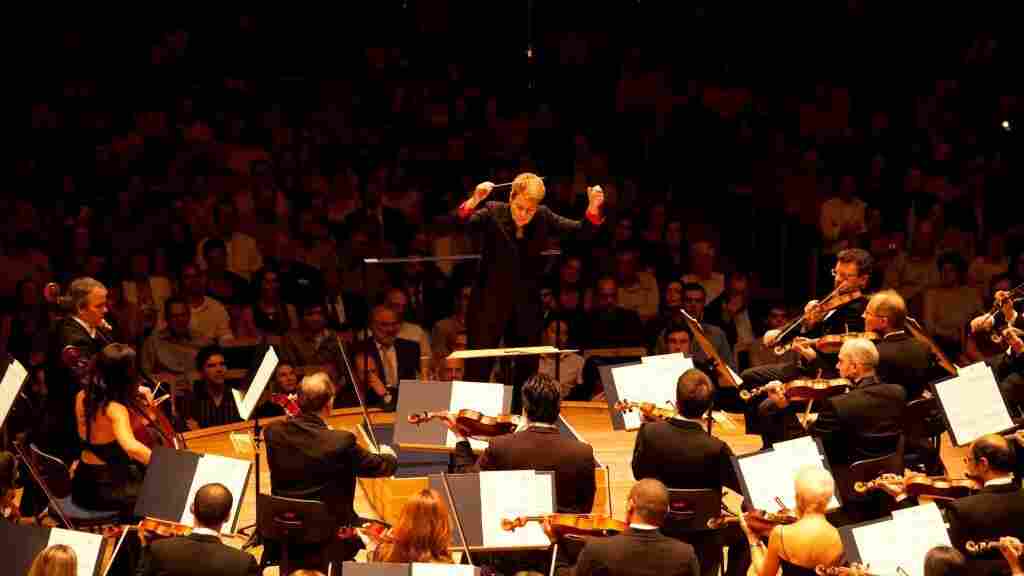 Marin Alsop is the music director of the Baltimore Orchestra Symphony. Alessandra Fratus/Courtesy of the artist hide caption 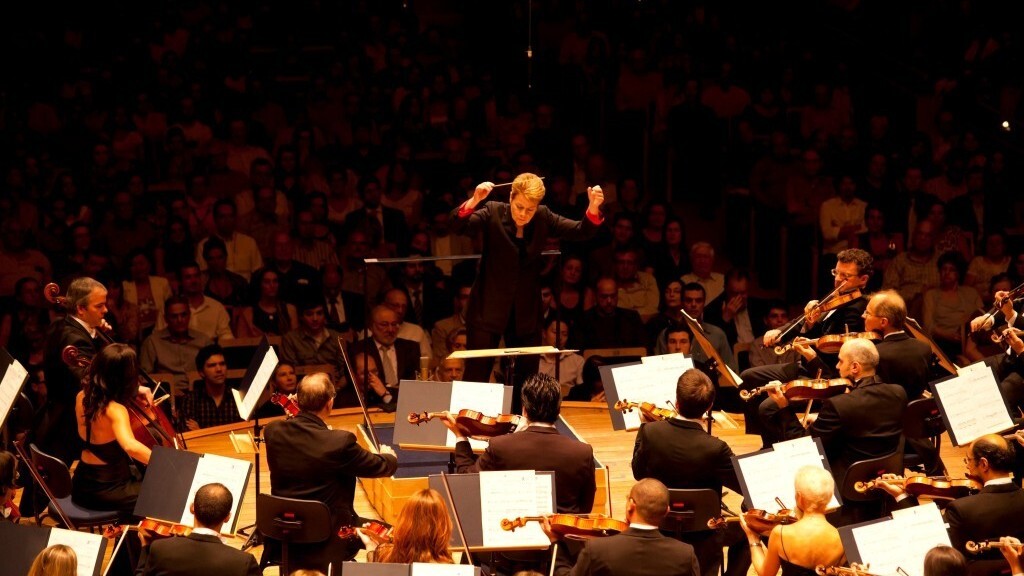 Marin Alsop is the music director of the Baltimore Orchestra Symphony.

Alessandra Fratus/Courtesy of the artist

This week, I went to the Peabody Institute of The Johns Hopkins University in Baltimore to sit in on a conducting class led by Marin Alsop, the music director of the Baltimore Symphony Orchestra. The Maestra was showing several Peabody students — aspiring young conductors — some of the fine points of leading an orchestra, as they led musicians through Don Juan, the dramatic tone poem by Richard Strauss.

One of the students, Gonzalo Farias, from Chile, says he has long been curious about conducting.

"For me, it's a question that I've had all my life," he says. "Because it's so hard; you put your whole life into [conducting]. At some point, you think that, I love it so much, that it's not enough; [it's] the connection with other people."

Another student — Jonathan Rush, a first year masters student — agrees that the connection with the audience, and with the orchestra, has a powerful effect.

"I had my first experience conducting in eighth grade, but I didn't necessarily have a dream to become a conductor until I actually got the experience to stand in front of the ensemble and make music with other people," he says. "I had this sense of unity. And after that, it felt like something I had to do. So I wanted to get more into it: started researching it more, reading tons of books, trying to look at myself in the mirror with a chopstick and conduct whatever tune is inside my head. My parents loved it — they used to record videos of me. And my sisters used to laugh at me."

In fact, a conductor has an important role in the music, maintaining a relationship with the orchestra and the audience. And as the class goes on, it's clear that a conductor's attitude can shape how a piece is received.

As Rush conducts one part of the piece, his excitement to be at the head bleeds into the music, and the resulting music sounds, well, happy and fun.

Alsop jumps in and asks, "I wondering why it's so happy?" Rush quickly realizes that perhaps his gestures didn't match the correct tone of the music.

"I started out smiling, cheering," he says. "And then once you think what the music is about, that poem about Don Juan, you have to get yourself in a different state of mind. I actually took an acting course last year that helped me express different emotions."

So, how does a conductor know he is doing a good job — that he's effectively communicating with the orchestra and audience?

One Peabody student, Alex Amsel, from Argentina, says that he knows he's succeeding when it begins to feel effortless.

"When you feel that you're having to get too involved in it, it almost feels like babysitting," he says. "You have to play traffic cop, almost. You can feel that everyone is walking on eggshells. You can tell it's going well when you feel like the orchestra doesn't need you as much."

"You know, sometimes when it doesn't go well, people are playing on their own," Farias adds. "But when it goes really well, it feels like everybody is like looking at you, and they're collaborating as one."

Rush seems to agree. He says that when everyone's working together, it's almost like "a spiritual thing with the orchestra."

Then, I took my turn behind the music stand. The Maestra lent me her baton, which is a little like Babe Ruth tossing you his bat and saying, "Take a few swings, kid." I gripped the baton in my right hand and pulled down my closed fist — as if to mash an avocado — and the musicians began to play. I tried to wave my arms in time to the music, and looked like a cartoon duck trying to take off, but the musicians played the right notes in all the right places.

Here's what happens when @nprscottsimon tries to conduct an orchestra at @marinalsop 's conducting class pic.twitter.com/eLgnnmabWe

I was asking myself, "Do I want to guest conduct the Vienna Philharmonic Orchestra this summer, or the Leningrad Symphony?" when Maestra Alsop revealed that the musicians had been indulging me.

We tried a second time with the players actually following my baton movements, and the music quickly fell apart.

"This is the thing about conducting," Alsop explains. "The orchestra can really save you, or they can follow you. Those are the two choices; I tell that to my students all the time."

It was exhilarating to be behind the stand and understand a scintilla of what it must be like, standing in the crowd of attention, amid all of those talented musicians. But Maestra Alsop says that that exhilaration is not easy to come by. It requires hours of tremendous amounts of work, she says, to become a good messenger for a composer's work.

"It's not about us," she says. "We have almost a higher reason for doing everything. Every gesture we make — even from walking to the podium — sends a message to the orchestra and they're developing an impression. So for Don Juan, you know, you can't really come up and be all smiley and happy and jumpy. You have to come up and be a little bit conceited, or it doesn't work — full of yourself, you know. I mean, that's how Strauss is trying to convey it. It's an incredibly abstract art form — and it's very, very, complex for the conductors to master, because we're actually not making any of the sound. It's all about motivating people to be the best they can be. And what greater privilege in life is there than to be the messenger for genius, and to motivate people to be the best they can be?"

Maestra Alsop will conduct Don Juan this weekend with the Baltimore Symphony Orchestra.

Ned Wharton and Sarah Lucy Oliver produced and edited this story for broadcast.

This article originally misspelled the surname of Gonzalo Farias as Farius.