Accessibility links
Jonas Kaufmann: A Tenor At The Top : Deceptive Cadence As the superstar tenor's voice grows deeper and darker with age, he's still able to float notes of pillowy softness on his new album devoted to French opera. 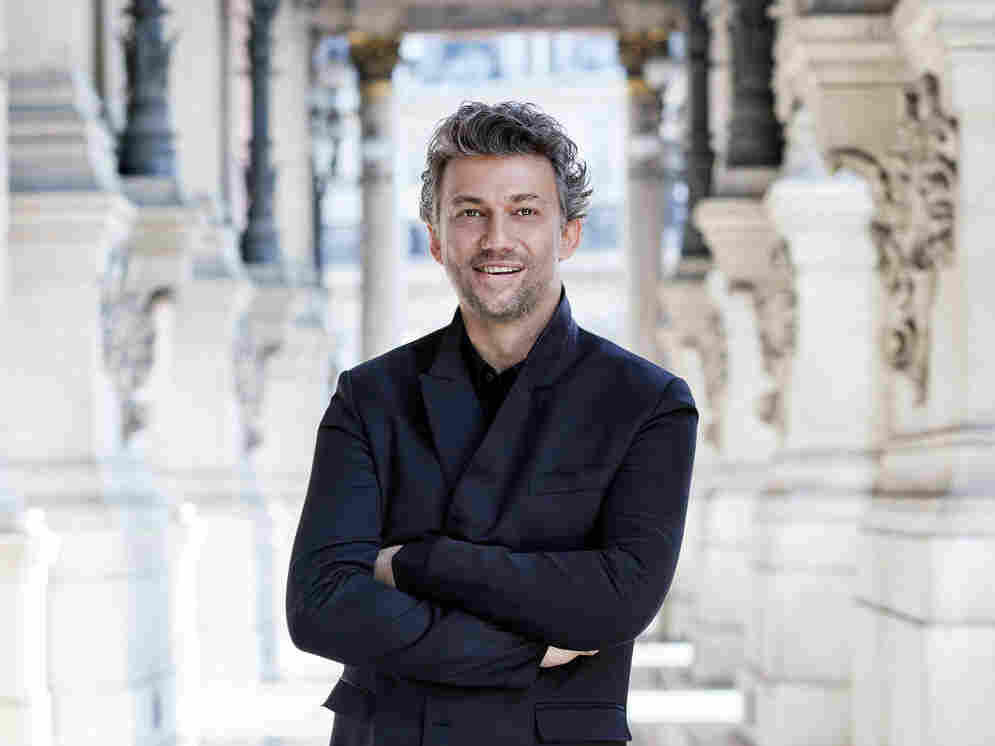 What does it take to be an opera superstar? Jonas Kaufmann should know. He's been called "the world's greatest tenor."

Kaufmann has the voice. He's also got the onstage charisma, the movie-star good looks, the ambition, even a little controversy — and a brand new album.

But actually, it's not that easy being the top tenor. Kaufmann, like all opera singers, is a vocal athlete, singing night after night, year after year — without a microphone. He's 48 now, riding the crest of a celebrated career. But there have been bumps along the way: like a total reboot of his approach to singing, a divorce and last fall, a four-month-long string of cancellations to rest the voice. But this spring Kaufmann returned to the recording studio sounding fresh as ever.

His new album, L'Opéra, is a tribute to French opera. He includes a few hits but also a few rarities, like an aria from Le roi d'Ys, a long neglected work by Édouard Lalo. It's the first French piece Kaufmann ever sang, years ago as a student in his early 20s in his native Germany. That's after he made the switch from accounting to music. His voice has deepened and darkened since then, taking on a baritone-like burnished bronze, as in the "Flower Song" from Bizet's Carmen.

Kaufmann has all kinds of heft, which allows him to sing heavier Wagner and Verdi roles. It's a voice with a handsome balance of muscle and mellow. He doesn't just "park and bark," to borrow a phrase from opera geeks. Just listen to what he does at the very end of Bizet's aria. Very few tenors are able to float the final B-flat in a soft pianissimo. And you can bet that golden thread of tone, perfectly supported by the diaphragm, makes it all the way to the upper balcony.

Along with the voice, Kaufmann is a charismatic actor, which is what you need to play the lovelorn and suicidal Werther, the title role in Jules Massenet's 1892 masterwork. In the single line, "Pourquoi me réveiller, ô soufflé du printemps?" ("Why awaken me, oh breath of spring?") one hears Kaufmann's brawn and his tender caress – the colors of pent-up rage and regret for Werther.

The popular tenor is at a point in his career when his voice is growing larger, duskier and heavier. This summer in London, he sang his first Otello, the punishing lead role in Verdi's opera.

Why then would he make a generally lighter-weight album that frequently spotlights his soft, mezza-voce singing? Perhaps Jonas Kaufmann still has something to prove: that the world's top tenor can sing just about anything, any way he wants to.