Accessibility links
Singing With New Lungs In 'The Encore' : Deceptive Cadence NPR's Scott Simon talks with opera singer Charity Tillemann-Dick, whose new memoir chronicles her double lung transplant, her recovery and how it feels to sing with someone else's lungs. 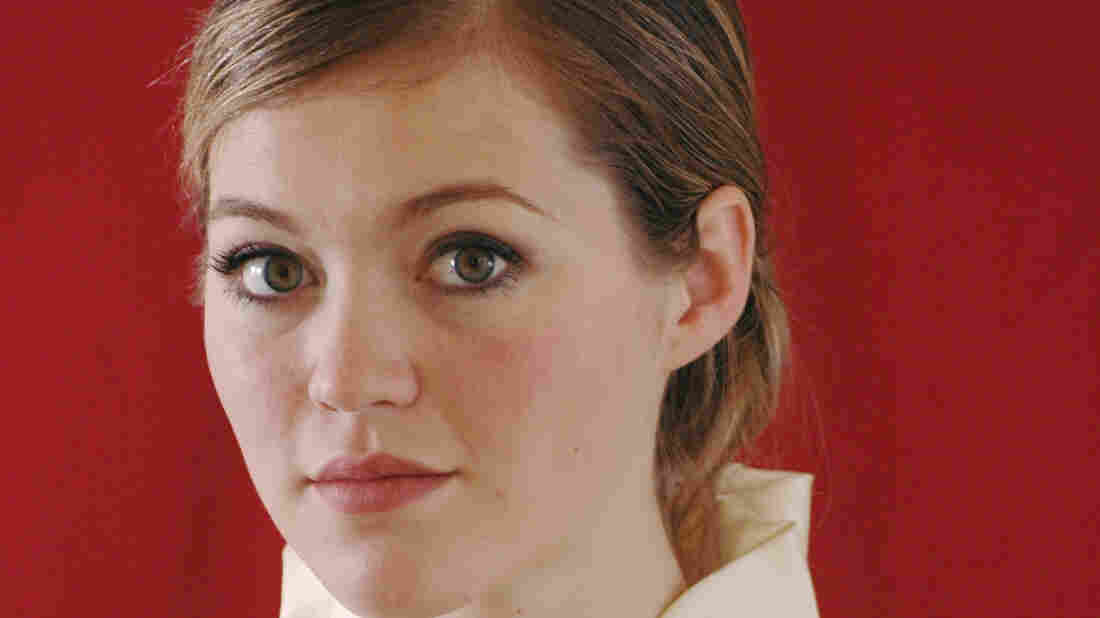 Charity Tillemann-Dick is an opera singer who, in 2009, received a double lung transplant. She tells this story in her new memoir, The Encore. John Armato/Courtesy of the artist hide caption 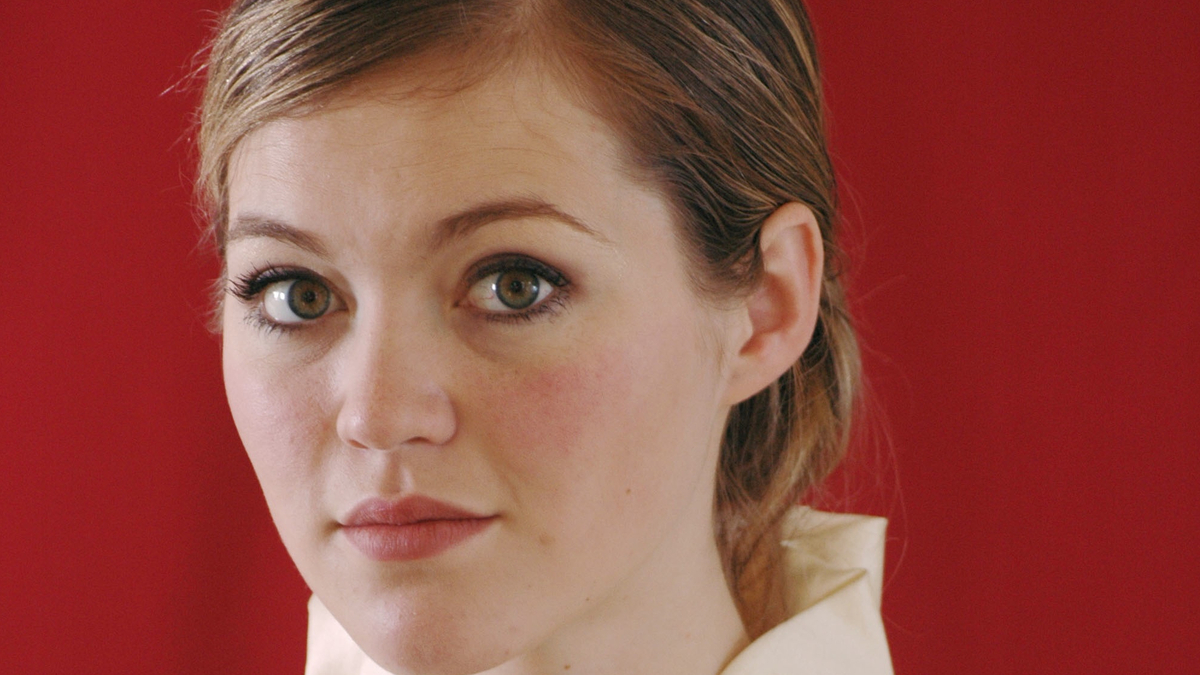 Charity Tillemann-Dick is an opera singer who, in 2009, received a double lung transplant. She tells this story in her new memoir, The Encore.

John Armato/Courtesy of the artist

Some of the great roles for sopranos are often compellingly fragile — and disarmingly forceful – women: Gilda, the favored daughter in Rigoletto; Violeta, the doomed love in La Traviata.

Charity Tillemann-Dick has sung those roles onstage, but her greatest role may be her own life. She is one of 11 brothers and sisters of a Mormon-Jewish family, and was studying at the Franz Liszt Academy of Music when she was diagnosed with a debilitating and ultimately fatal lung disease.

Within three years, Tillemann-Dick had two double-lung transplant operations at the Cleveland Clinic, and had to learn how to breathe and eat again. Today, she sings around the world, had a classical hit recording, is a voice for organ donation and is now the author of a memoir, The Encore.

Tillemann-Dick joined Weekend Edition's Scott Simon to talk about that surgery, her recovery and learning to sing with someone else's lungs. Hear the radio version at the audio link, and read on for an edited transcript.

Scott Simon: As painful as it is in all ways, you write very vividly in the book about that first surgery. I'm afraid I've got to ask you to recount that, because it's instructive and says everything about you. Surgeries are demanding in all circumstances, but yours were a little more.

Charity Tillemann-Dick: Of course. I didn't realize I would need a transplant. I went into the hospital with an epic set of cankles — my ankles were swollen to the size of pachyderm ankles. I thought that they were going to give me some diuretics and let me leave, but the following morning, I woke up. It was to the news that there were lungs, it was a match and we were going to Cleveland immediately to have a transplant. And, as I went into surgery, the doctors didn't realize quite how sick I was. I flat-lined twice; I was put on every form of life support available. They actually left my chest open for two weeks — you could see my heart beating inside of my chest. And after that, I was in a coma for 34 days. It was grueling. I woke up on Oct. 26, 2009 and it was two months before I could breathe on my own. And I had to relearn how to walk and talk and eat and even move. I couldn't do anything when I woke up other than blink my eyes. 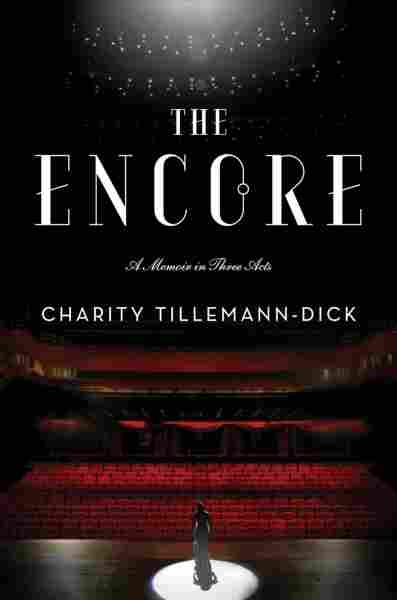 And then you made an unfortunate discovery.

Yes. When I woke up from the surgery, I saw the nurses and my mother, and I was just so profoundly grateful to be alive and I opened my mouth to say "thank you" and nothing came out. My voice was gone.

That would be frightening for anyone — but you're an opera singer.

Yeah, it was unlike anything I could've ever imaged. But so was the sense of gratitude. I really was overwhelmed by the fact that all these people had worked so hard to make sure that I was still there.

And we are talking about scores of people.

Literally scores of people. You know, whenever there is a major medical crisis, it's easy to forget all of the hands that are involved in helping us. Watching that human team work together to do the work of angels and magicians and saints is something that is truly miraculous. I think sometimes we want winged figures to bring us miracles, but I think in life we're usually one another's angels.

Let me ask you at least about one of your physicians: Doctor Marie Budev of the Cleveland Clinic — head of the transplant division. A real heroine. She came to your family just before the second transplant operation and said, "Look, you've got to let me know when Charity has had enough."

There was this whole thing about "death panels" when we were talking about the ACA a while ago. And as someone who has faced death a lot, I found it really sad, because one of the responsibilities of doctors is to help you to understand what the different paths forward look like. And to do that with delicacy and with kindness, with concern and with thoughtfulness. And it seems like a particularly difficult job to ask of people who've trained to keep their fellow earthly sojourners alive.

But I am so grateful that she cared enough to take both me and my husband, and my husband and mother, aside at different points and ask, "What do we want this to look like? What do you want to happen when Charity dies?" It's a really important conversation that we each need to have with each other, with our doctors, because death happens. And delaying those conversations doesn't help anybody.

What's it like to sing with somebody else's lungs?

There's something very mystical about singing. Because we all have these two tiny little flaps of skin in our throat, but some people can't really sing at all. And some people sound like angels when they do it, you know? [Laughs.] And no one really knows why! And I think that for me, singing with someone else's lungs, it never lets me forget that I'm not the one who's in charge — whether you call it fate or chance or God, that we all have a reason that we're here; we all have a song to sing, whether it's musical or not. And I am very conscious of the fact that I am one of the human embodiments of my organ donor's life.

When I was getting ready for my Lincoln Center debut, when I was standing backstage, I'd been in the hospital for ten days preceding that, and all I could think about was this person. And I'd never met them — they had no connection to me other than the fact that a piece of them was literally keeping me alive. It's easy to feel very disconnected today; I'm so grateful that, as a transplant recipient, I am forced to remember how inextricably connected I am to people that I never met. But that they cared enough about someone they didn't know at all to keep me alive.

Read an excerpt of The Encore