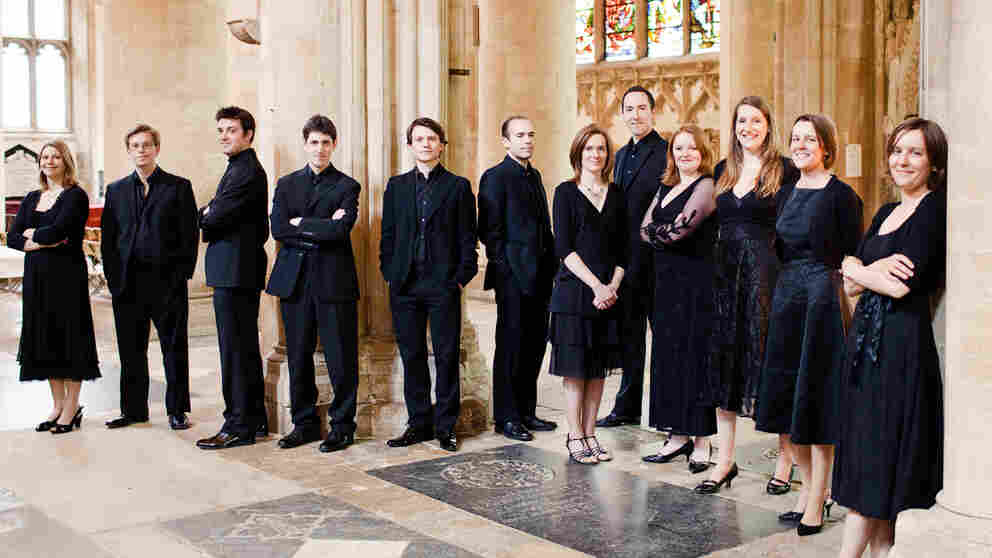 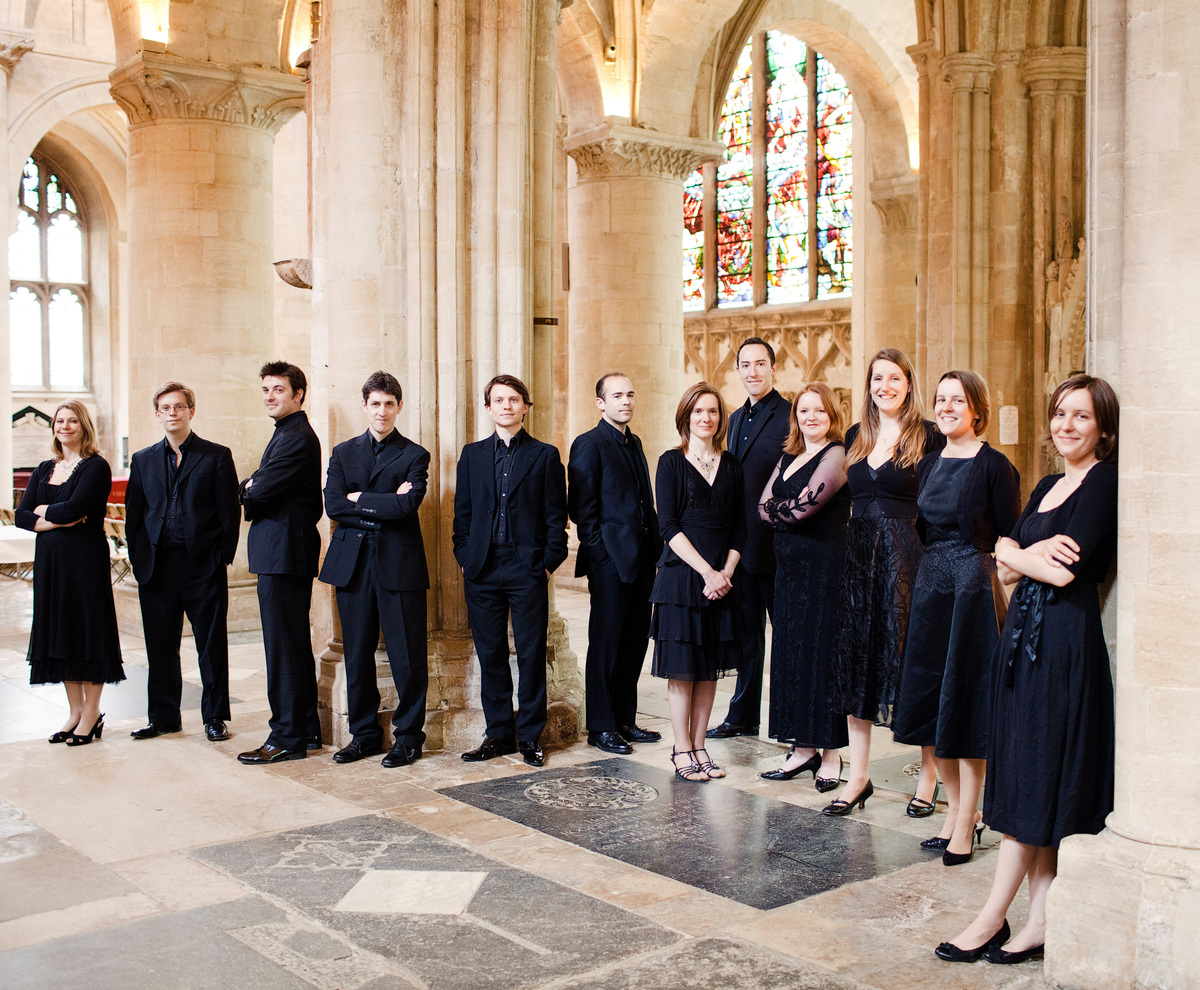 The London-based a cappella choir Stile Antico brings a program of Christmas music to Cambridge, Mass.

Stile Antico is a 13-member a cappella choir based in London. These young, fresh-faced singers have already racked up some impressive awards for their recordings — mainly of intricately woven music from the Renaissance.

And that's just what the group has in store for this concert at St. Paul's Church in Cambridge, Mass. — hand-picked sacred music for the Christmas season from the English Tudor era, by 16th century composers such as Thomas Tallis and William Byrd.

"It's actually a really lovely acoustic for this kind of music," Ashby says, "because it's a church which is designed for this sort of music. You can hear all the different parts, and it also has a big bloom around the sound which helps blend it all together." 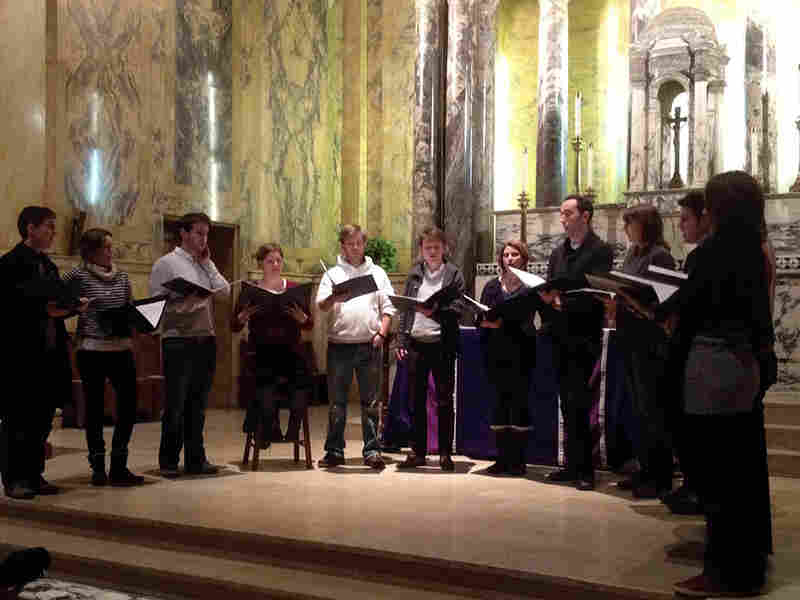 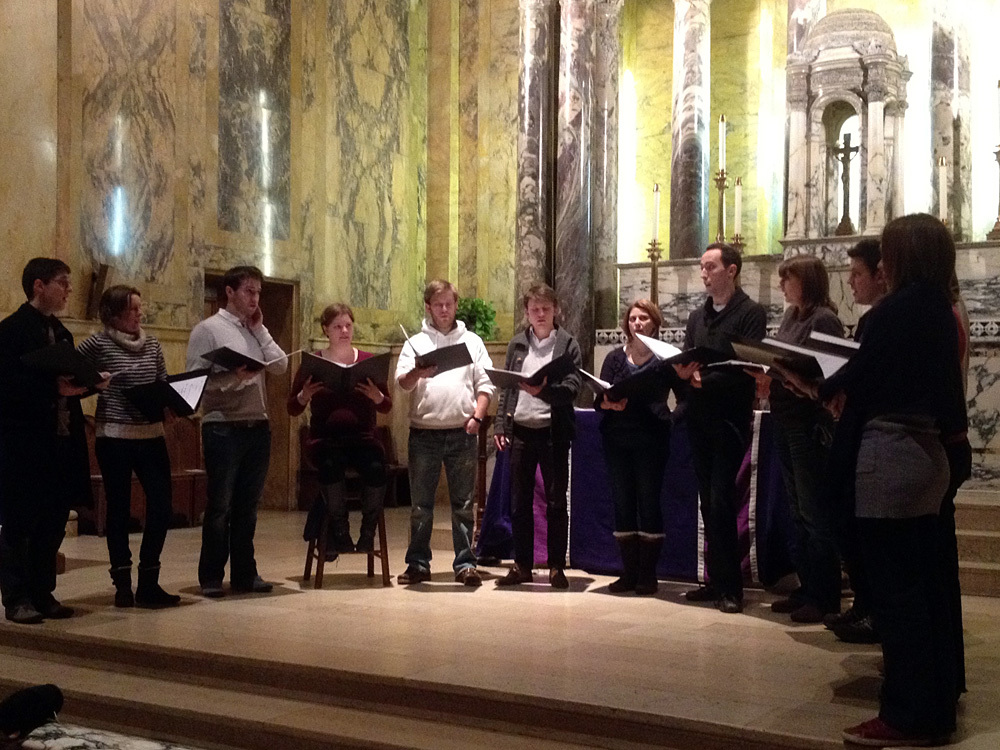 There was a full house for this concert — the choir's U.S. debut — at the beautiful St. Paul's Church in Harvard Square. The Italian Romanesque-style building has bold and sweet acoustics, and voices reverberate off the shimmering yellow marble on the front altar.

It's fascinating to watch these young singers. They work without a conductor, so they watch each other closely, giving cues just with body language. When they stand in a semi-circle to sing, their voices take flight.