Accessibility links
Vintage Nordic Folk Tunes, With Strings Attached : Deceptive Cadence Members of the Danish String Quartet carry on Scandinavian folk traditions by refurbishing old songs and writing a few new ones of their own. 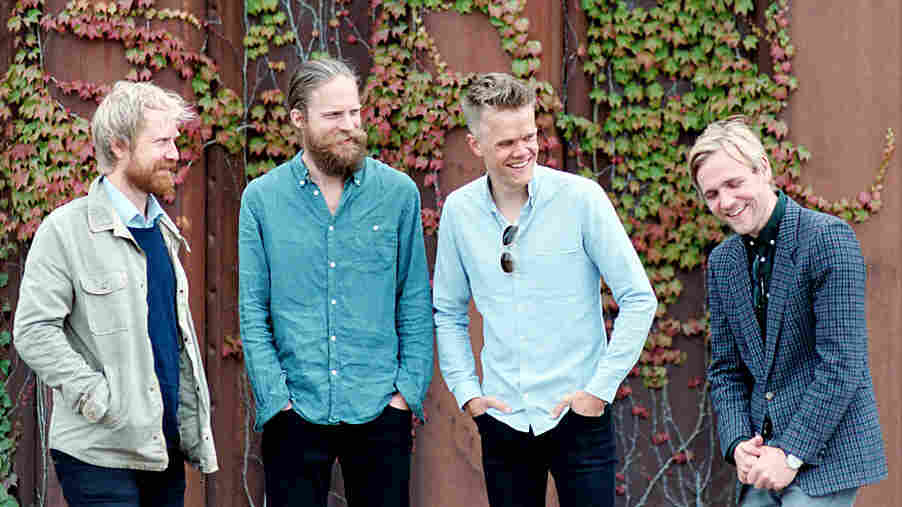 Classical music has never lived in a bubble. For centuries, it's always found common ground with folk music.

With scruffy beards and bohemian looks, you could mistake the young men of the Danish String Quartet for an Indie band from Brooklyn. They earned their stripes, and numerous awards, playing the usual suspects — Beethoven and Brahms. But it's the old folk songs and dances from their Nordic homeland which pull at their heart strings on the recent album Last Leaf.

Songs on the album represent a shifting and largely oral tradition, created by ancient fiddlers and cultivated by a new generation of folk enthusiasts. The waltz by Norwegian fiddler Gjermund Haugen called "Tjønneblomen" (Water Lily)," signals a transformation when folk fiddlers started testing their tunes in more formal venues, like churches and halls where audiences only listened, and didn't dance.

But dancing is the whole point of a song like "The Dromer." The tune was discovered in an 18th-century Danish collection, but its roots are Scottish. There's a drone underneath a prancing melody — a perfect stand-in for a bagpipe.

Some songs go way back, like "Drømte mig en drøm" (I Had a Dream). It's the oldest known secular tune from the Nordic countries. Written in ancient runes, the music is found on the last page ("last leaf") of parchment in the Codex Runicus, dating from around 1300. The Danish String Quartet's lead violinist Rune Tonsgaard Sørensen doubles on glockenspiel, giving the song a mysterious, translucent touch. 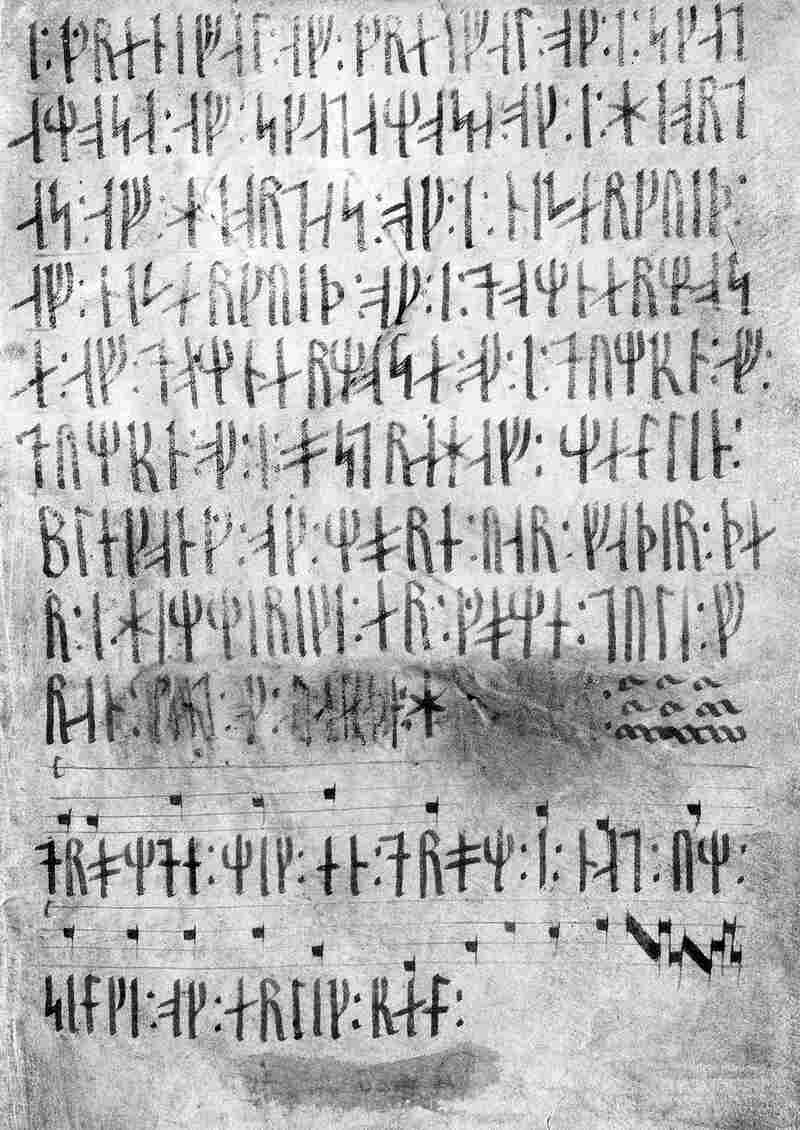 The song "Drømte mig en drøm," written in ancient runes, from a collection dating to about 1300. ECM Records hide caption 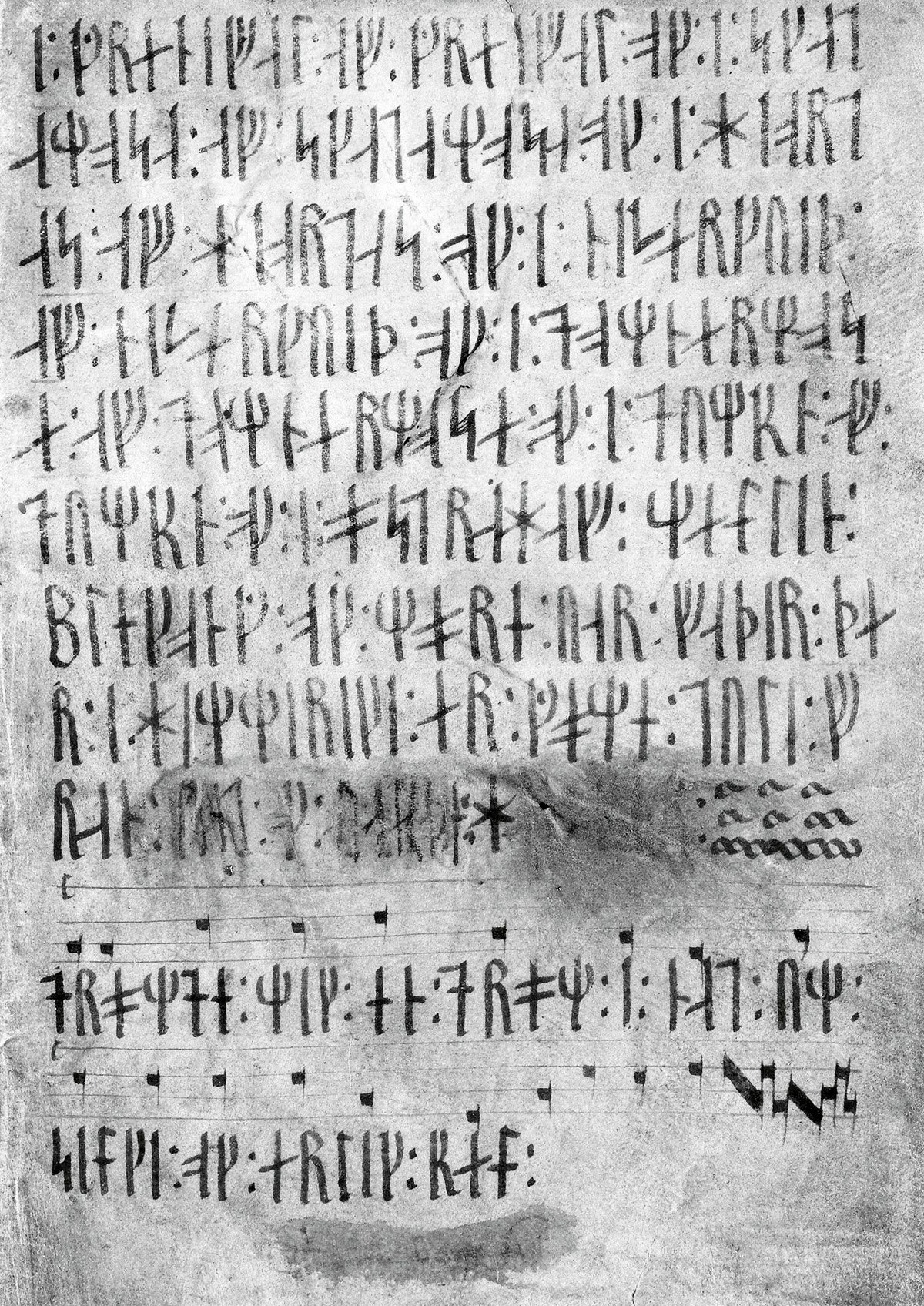 The song "Drømte mig en drøm," written in ancient runes, from a collection dating to about 1300.

Like painters, the young musicians of the quartet add a broad palette of colors to these old canvases. You can hear the shuffling feet of dancers and wheezy squeeze-boxes in these arrangements. They can be vigorous and earthy or evocative and wistful. Or both at once, like the tune "Æ Rømeser," from the village of Sønderho on the southern tip of the Danish island of Fanø. It's a dance, sure, but it dances with a tear in its eye.

On Last Leaf, the Danish musicians carry on Nordic folk traditions by refurbishing the old tunes and writing a few new ones of their own. Tonsgaard's "Shine you no more" was inspired by the 16th century English composer John Dowland, but plays out more like an Irish reel.

Although the album can serve as a fascinating history lesson in Nordic folk music, you don't have to be a Scandinavian musicologist to fall in love with Last Leaf. The music erases borders between folk and classical, suggesting that you can either kick up your heels or simply kick back and enjoy.