Accessibility links
Bang On A Can Plays Straight From The Heart (Literally) : Deceptive Cadence Hear a new piece by Arcade Fire's Richard Reed Parry that pulsates in time to the heartbeats of the musicians who play it.

02The Brief and Neverending Blur

Songs We Love: Bang On A Can All-Stars, 'The Brief And Neverending Blur'

02The Brief and Neverending Blur 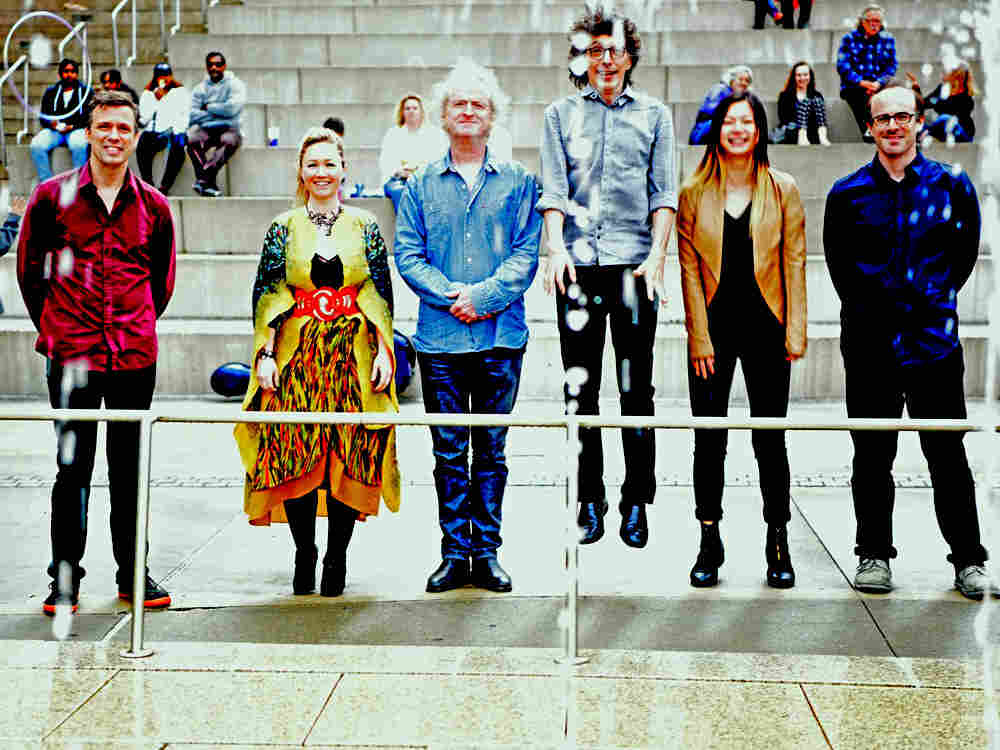 Richard Reed Parry plays to arenas full of fans as a member of the Grammy-winning band Arcade Fire, but he impressed listeners in 2014 with a more intimate record. Parry's Music For Heart And Breath featured compositions that asked some of the best musicians in contemporary classical music to use their own heartbeats and breathing to guide their performances.

That meant ensembles like Kronos Quartet and yMusic wore stethoscopes to keep time. And, since each person's heart beats at its own rate, these crack musicians sounded curiously out of sync with one another as they played Parry's compositions.

Watch Bang On A Can Occupy 'Arthur'

Parry's "The Brief And Neverending Blur" – a highlight of the new album More Field Recordings from the Bang on a Can All-Stars — explores similar musical turf, with the musicians once again donning stethoscopes. Much of the piece revolves around sustained piano chords, some played by Bang on a Can pianist Vicky Chow, and others prerecorded by Parry in rhythm with his breathing. The chords ring out periodically like chimes in a clock tower and nudge the musicians into action.

Each player navigates the score at his or her own pace. The effect gives some riffs a subtle echo, and turns others into a wash of sound. Percussionist David Cossin binds the music together with gentle pulses that never quite line up with the rest of the ensemble.

The musicians finish each passage on individual schedules. A series of exquisite pauses allow those long piano chords to resurface. The music feels organic and unpredictable — five minutes of fragile sounds and fleeting melodies that blossom into something surprisingly rich.