Accessibility links
NPR Music's Top 10 Classical Albums Of 2017 : Deceptive Cadence From tributes to Philip Glass and French opera to the roaring silences of Morton Feldman and virtuosic choral singing, 2017 proved to be another vibrant year in classical music. 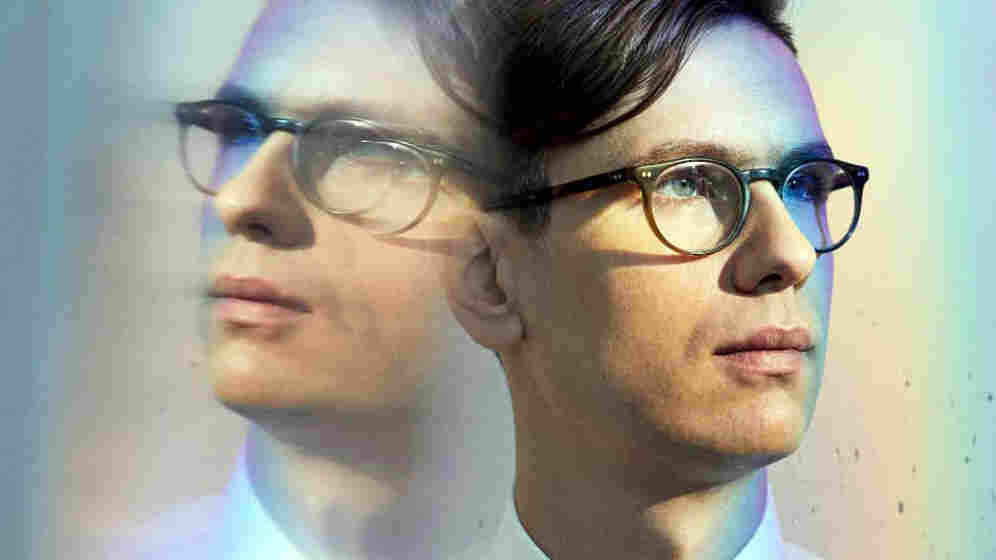 In spite of the back seat classical music often takes in America in terms of sales figures and sheer visibility, there's nothing wrong with the music itself. This list of 10 albums is a testament to today's vibrant performers and composers, and of course some of the masters from the past. The year began with a celebration of the dean of minimalism, Philip Glass, turning 80 and an extraordinary tribute by pianist Víkingur Ólafsson. It ended with a stentorian paean to maximalism in a gripping account of Les Troyens, Berlioz's grandest of grand operas. In between were great performances by percussionists, choral groups, more pianists, opera singers and one sweet and agile string quartet.

You don't have to be a Scandinavian musicologist to fall in love with Last Leaf, the Danish String Quartet's new album of Nordic folk songs and dances. The fact that the atmospheric "Drømte mig en drøm" (I Dreamed a Dream) is over 700 years old and the rollicking "Stædelil" is based on a Faroese medieval ballad later reworked by Beethoven, is not as important as the fluency and grace that infuses these blithesome performances.

In the quartet's eloquent, but not overworked, arrangements, you can hear the shuffling feet of dancers and wheezy bagpipes. "Æ Rømeser," from the Danish island of Fanø, mesmerizes, as the whirl of a polka meets a wistful melody.

The band stays busy playing Brahms and Haydn — and even contemporary composers like Thomas Adès and Hans Abrahamsen, featured on a superb album released last year. But when it comes to the simple idea of a classical string quartet performing folk tunes, the Danish musicians have exceeded all expectations.

(*This description accompanied the appearance of Last Leaf on NPR Music's 50 Best Albums of 2017 list.)

When pianist Marc-André Hamelin plays For Bunita Marcus in concert he doesn't really mind if people drift off for a momentary snooze.

At 75 minutes and never rising above a whisper, Hamelin says (with a wide smile) Morton Feldman's composition is "going to be the most aggravating thing you've ever listened to; either that or the best migraine medicine you've ever had."

Before he died in 1987, Feldman's works expanded and grew quieter. In Hamelin's meticulous performance – allowing single notes to resound in vast, silent spaces – Feldman redefines how music moves through time. 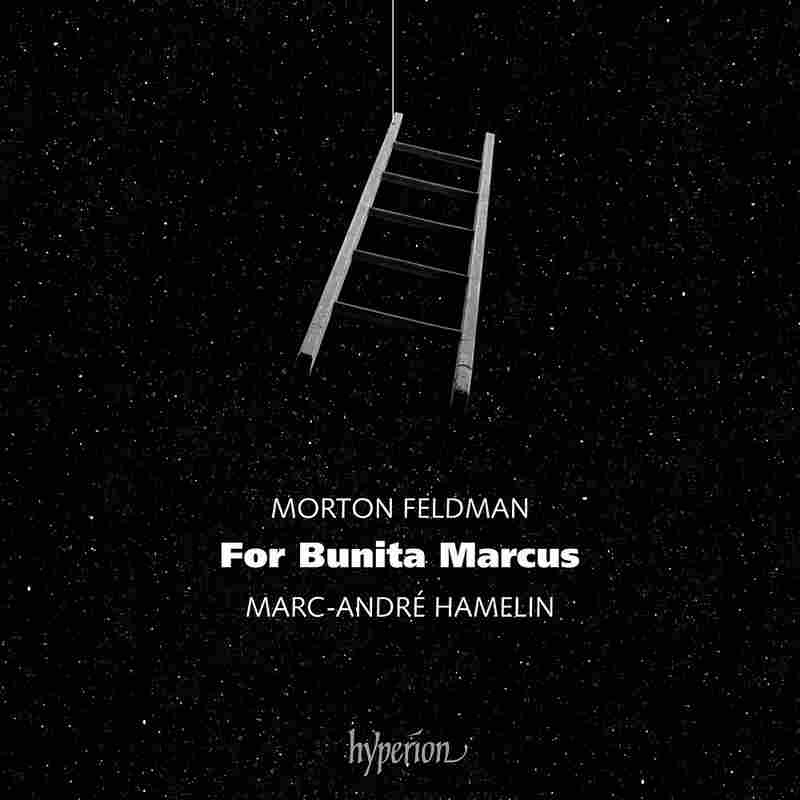 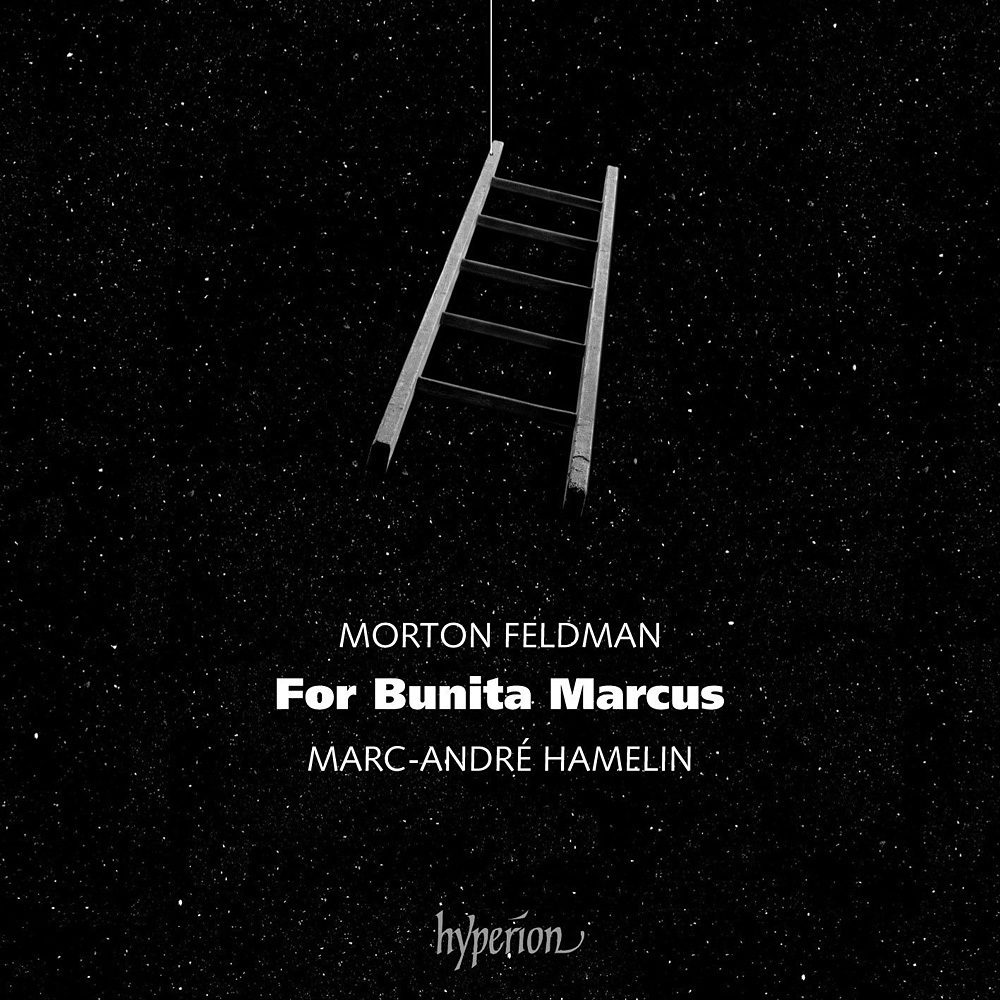 Hamelin dares to suggest, in the album's liner notes, that the volume should be turned down when listening to the piece. (Perhaps it's a tip of the hat to one of the composer's oft-quoted lines to musicians who played his music "too f****** fast and too f****** loud.") But I disagree. Turn For Bunita Marcus up loud so its strange beauty can totally surround you.

(*This description accompanied the appearance of For Bunita Marcus on NPR Music's 50 Best Albums of 2017 list.)

In this stunning album, a rising star among Estonian composers, Tõnu Kõrvits, transforms the poetry of English novelist Emily Brontë into cinematically vivid postcards for choir and strings from the windswept moors of the 19th century. Like her novel Wuthering Heights, these nine poems are haunted by restless moonlit nights, lost lovers and coiled emotions.

Kõrvits' musical palette is uncommonly wide, pushing the Grammy-winning Estonian Philharmonic Chamber Choir into luminous murmurs, swooping cries and swirling colors. His nuanced treatment of Tallinn Chamber Orchestra strings amounts to creating an entirely separate dramatic character. And at times it's hard to tell the string choirs from the real choristers. Anyone who thinks choral music is a fusty relic of the church needs to hear this album.

(*This description accompanied the appearance of Moorland Elegies on NPR Music's 50 Best Albums of 2017 list.)

Released Jan. 27, four days before Philip Glass turned 80, this album serves as a brilliant birthday present to the composer and a perfect entry point for newcomers or even naysayers. Its sheer beauty may surprise you.

On the album, he offers half of Glass' 20 piano etudes, but begins with "Opening" from Glassworks. Every inner voice is not only clearly audible, but individually shaped. It might be the most haunted and naturally detailed performance so far.

The Études have their own personalities and challenges. No. 9 is especially manic in Ólafsson's hands, while No. 2 rolls out in liquid waves like a Debussy Arabesque. No. 14 winks and nods and the rapid fire scales in No. 13 are proof of Ólafsson's precision. Then there's No. 20, which sounds like no other Glass solo piano work. Devoid of the usual repetitions and with aching melancholy, it sounds like Philip Glass meets Franz Schubert in outer space, as bass notes smolder and gorgeous melodies soar and evaporate. The album also features distinctive arrangements of No. 2, No. 5 and "Opening" featuring Ólafsson and the top-notch Siggi String Quartet.

Pianists will often admit that playing late Brahms is deceptively tricky. Technically the music — which was published in several sets of intermezzos, romances and ballades — is not virtuosic. Instead, it's the attempt to connect with all the subtleties that can befuddle even the most seasoned masters.

Subtlety is not exactly how Arcadi Volodos launched his career. Known for his finger twisting virtuosity in massive, romantic repertoire like Rachmaninov and Liszt, paring down the sound to the introspective tone of these autumnal miniatures proves the immense breadth of the pianist's artistry.

Hefty, handsome and strong, like a smoky, hand-crafted bourbon, the voice of tenor superstar Jonas Kaufmann, continues to thrill on his new album of French arias. He's got the brawn, and the baritone-like timbre, to sing the heavier Wagner and Verdi roles, but it's impressive to hear how well this generally lighter, French fare fits his voice. There's plenty of requisite muscle in Bizet's "Flower Song" (from Carmen), but he floats the final B-flat in a creamy pianissimo, which, sadly, is rarely attempted these days. In a role like Massenet's Werther, which Kaufmann practically owns today, one hears all the stifled rage and anguished release in a single phrase, ending on a velvety mezza voce. You needn't see him on stage. All the drama, and then some, is right there in the voice.

The concerto. It might be a 400-year-old game plan, but in the hands of the right composer — like George Tsontakis — it can still pack a satisfying punch. Three diverse concertos, one each for clarinet, trumpet and a pair of violins, offer a fascinating window into the American composer's eclectic style, and an opportunity to hear one of this country's finest regional orchestras. The Albany Symphony Orchestra, led by David Alan Miller, specializes in American music, but in Anasa, composed for the expressive clarinetist David Krakauer, the players deftly maneuver melismatic riffs of East European klezmer music and inspirations from the composer's Greek roots. True Colors, for Albany's trumpeter Eric Berlin, travels through spacious Copland-like tonalities and jazz, while the nostalgic and mood-swinging Unforgettable, for two violinists, finds inspiration in both the Nat King Cole hit and Bach's beloved "Double" concerto.

A soulful composer of orchestral works, film scores and chamber music, Tigran Mansurian dedicates his Requiem to the "memory of the victims of the 1915-17 Armenian genocide in Turkey, which affected members of my own family." (The album cover is a 100-year-old photograph of Armenian deportees trudging through the desert heading to Aleppo, Syria.) At once heartbreaking and comforting, Mansurian's music weaves together two traditions seamlessly, as he chose the Catholic Latin liturgical text while integrating aspects of ancient Armenian sacred and secular music. The Kyrie and Dies Irae sections leap with buoyant, almost playful, rhythms for the strings of the Munich Chamber Orchestra and the lustrous RIAS Chamber Choir, while the Tuba Mirum opens with a distinctly Armenian-flavored chant for solo baritone, echoed by tenors. A trembling violin glissando descends like tear drops in the Lacrimosa, and to close the 45-minute work, Mansurian offers a quietly radiant Agnus Dei of supreme tranquility.

Grand opera doesn't get much grander than Les Troyens (The Trojans), Hector Berlioz's musically audacious, dramatically majestic, four-hour, five-act, distillation of the fall of Troy and the Trojans fated journey to Italy. Needless to say, the opera rarely gets documented; it demands singers and players of extraordinary stamina and eloquence — and a ton of money. For this new recording, taken from live performances in Strasbourg, France, conductor and Berlioz specialist John Nelson helped arrange much of financing himself. His interpretation is taut, capturing the epic sweep of the narrative beautifully. His cast is terrific. From the frenzied warning cries of contralto Marie-Nicole Lemieux as the Trojan prophetess Cassandra in the opening act, to the tenderness and fury of Joyce DiDonato as Queen Dido in the final chapters, the singing is both emotionally poignant and sumptuous. As Aeneas, the Trojan hero, tenor Michael Spyres shines with plenty of muscle, yet without the self-consciousness of the great Jon Vickers, who stared in the celebrated first complete Troyens recording in 1970 conducted by Colin Davis. Good as that one is, Nelson's new performance might just top it.

Some albums carry that roll-down-the-car-window-and-blast-it kind of vibe. Beyond is the opposite. It's a late night, lights down, headphone-friendly adventure into fascinating musical landscapes. Throughout five compositions spanning almost 90 minutes, one barely realizes it's just four guys banging on things. Beyond is — beside a deep listening experience — "beyond" your standard percussion ensemble album. It's also a great introduction to some of today's most distinctive young composers. The journey emerges quietly with Daniel Bjarnason's Qui Tollis, unfolding with delicately trembling bells, interrupted by a burst of electronics and drums. Anna Thorvaldsdottir's Aura channels rumbling, subterranean emissions and silence, while Andrew McIntosh's I Hold the Lion's Paw, a 40-minute suite, travels over vast geography, searching, sometimes with a little swing in its step. Memory Palace, by Christopher Cerrone, offers a kind of Pictures at an Exhibition suite of disparate, continually fascinating portraits, deploying everything from 17 tuned slats of wood and an acoustic guitar to metal pipes, a Tibetan singing bowl and a beer growler. For those wary of albums by percussion ensembles, Beyond is an immensely satisfying place to jump in.