Accessibility links
John Williams, Classical Guitar's Standard-Bearer, Still Recording In Retirement : Deceptive Cadence His precise technique and big ears made him the "Michael Jordan" of his instrument. These days, he doesn't tour any more, but he's still making albums for his own label. 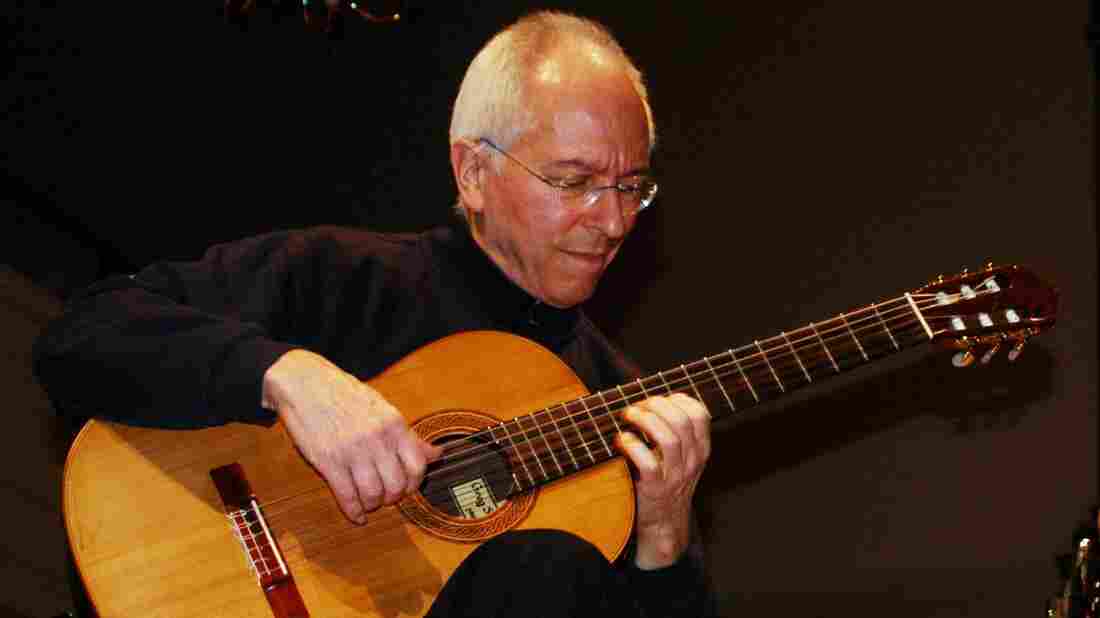 Though officially retired from touring, guitarist John Williams, now 76, continues to record for his own record label. Kathy Panama/Courtesy of the artist hide caption 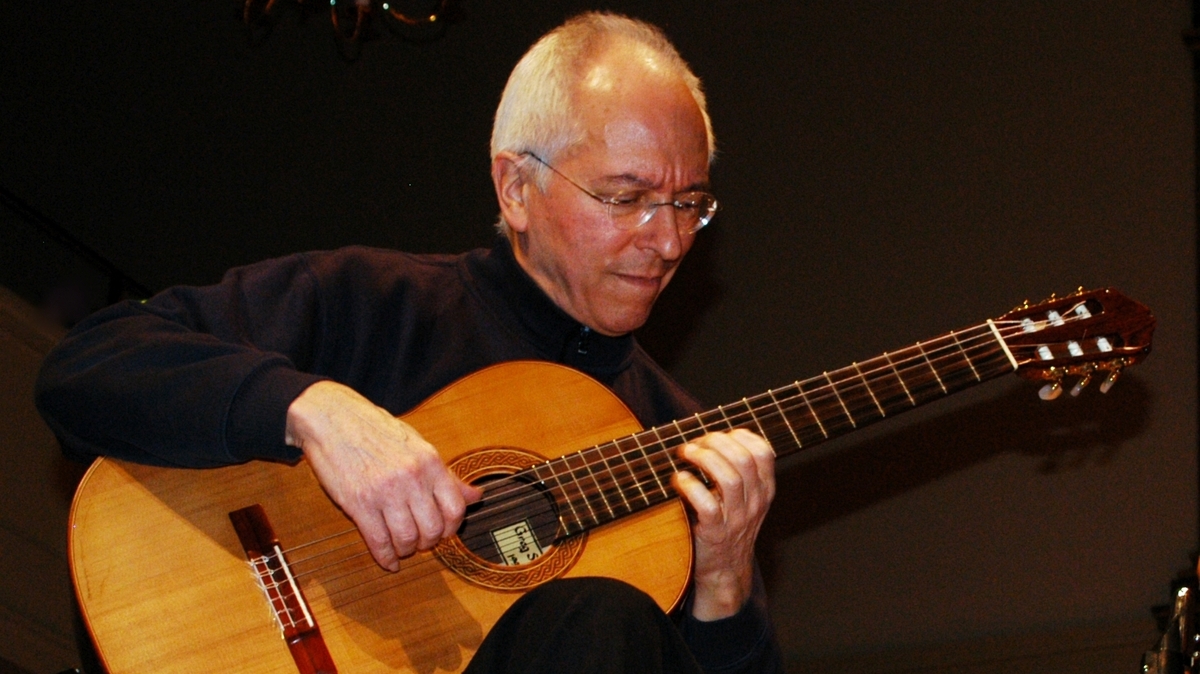 Though officially retired from touring, guitarist John Williams, now 76, continues to record for his own record label.

Kathy Panama/Courtesy of the artist

Classical guitarist John Williams reached millions of ears and even hit the charts when he played the main theme to the Oscar-winning 1978 film The Deer Hunter. But by then, Williams was already a classical star on a major record label who'd toured the world many times over.

He released his latest album, On The Wing, earlier this year. And although he announced a retirement from touring a few years ago, he's now 76 and still plays every day.

He still loves the sound of the nylon-string guitar.

"The sound itself is magic of the guitar," Williams says. "Probably more magical than any other instrument. Although it's a biased view."

There are younger players – several generations of them — who'd agree. Jason Vieaux is one — his first classical guitar recording was a Williams cassette.

"He's the man, you know?" Vieaux says. "I mean, he's Michael Jordan to, really, a lot, a lotta, lotta players. I mean, if he lived to 100 he could probably play and be playing just great."

John Williams built a reputation for never buzzing a string and never flubbing a note. That led some critics to call his playing clinical — but, to be fair, Williams worked hard to get there.

John Williams got his first guitar when he was 4, in his native Australia. He started daily lessons with his father at age 6. Len Williams was a working jazz guitarist who was determined to see his son become a classical player.

"I was an only child who was not very sociable at school," John Williams says. "I don't mean I didn't like my friends at school but, because I was playing guitar and not taking part in all the sports and doing what most kids do, I was a bit of a loner."

Williams wound up under the strict tutelage of the pioneer of 20th-century classical guitar, Andrés Segovia. Those lessons began when Williams was 12. He made his professional debut two years later.

In addition to the intense focus on music, Williams got a strong sense of social engagement from his parents. Once his career took off, he convinced his label to let him put some of those beliefs on disc. One was of music by composer Mikis Theodorakis, who was jailed and banished by the Greek junta in the late 1960s; another featured the exiled Chilean group, Inti-Illimani.

But Williams had perhaps his greatest impact on the guitar world when, in 1977, he recorded an entire album of the music of Paraguayan composer Augustín Barrios Mangoré.

Berta Rojas is a Paraguayan classical guitarist who's recorded a dozen albums of music from the Americas. She points out that, before John Williams, few people outside Latin America knew about Augustín Barrios.

"I will never forget the sensation of listening to this amazing guitarist playing the music of the foremost Paraguayan composer," Rojas says. "The fact that John played this music and the way he did it — with the support of a major label — was the beginning of this explosion of Barrios' appreciation around the world."

Today, thanks in large part to John Williams, the music of Barrios — once disdained as folk music by the classical establishment — is part of every classical guitarist's repertoire. And that's another of Williams's contributions: demolishing the boundaries between popular and classical, between European music and that of the rest of the world.

"I think, especially on the guitar, we can be alive and respond and love music from different cultures and we can actually play it on the guitar because of the plucked string, which belongs as a universal sound really," Williams says.

Throughout his life, John Williams has kept his ears open to the world around him — socially, politically and musically. What he's heard has made its way into his own compositions.

Though he says he doesn't think of himself as a composer "at all," he began writing music in earnest in the mid-1980s — while visiting his cousin's farm in Australia.

"And I was woken up in the morning by a bird singing, which turned out to be a honeyeater — Australian honeyeater," he says. "And it was this little tune ... and I thought, 'That's unusual.' And the following day a script arrived asking me to do the music for a film. And I immediately phoned them up and said, 'I'm sorry. You've got the wrong chap, you know — you mean the American John Williams [who] does all the film music.'

"And they said, 'No, no, no, no. We mean you because we wanted mainly sort of guitar music, and we would like you to write something.' So I thought, well why don't I have a crack at it and I'll use that little tune."

It became the main theme for the Australian film Emma's War, and the title tune for the first album released on his own label: From A Bird.

Williams had enjoyed more than four decades of success, but by the middle of the first decade of the 2000s, the music business was struggling with slumping sales. His label started poaching his back catalog for short pieces for compilation discs, rather than releasing the new music he'd always championed.

"I mean I had one request for 'music to listen to with your pet," he says, laughing. "No really — hand on heart. You know, you get dinner classics, after-breakfast classics. So I just thought, look, I'm sick of all this. So I thought that the only answer is I have to make my own."

Today, Williams lives in the South of England with his wife and dog. But music remains an essential part of his daily life.

"I think our experience of life itself is broadened if we, through our music, we can connect outside our own constricted or restricted upbringing or tradition," he says. "We can actually learn a lot and adapt a lot and join in."

John Williams has certainly helped a lot of the rest of us join in too.