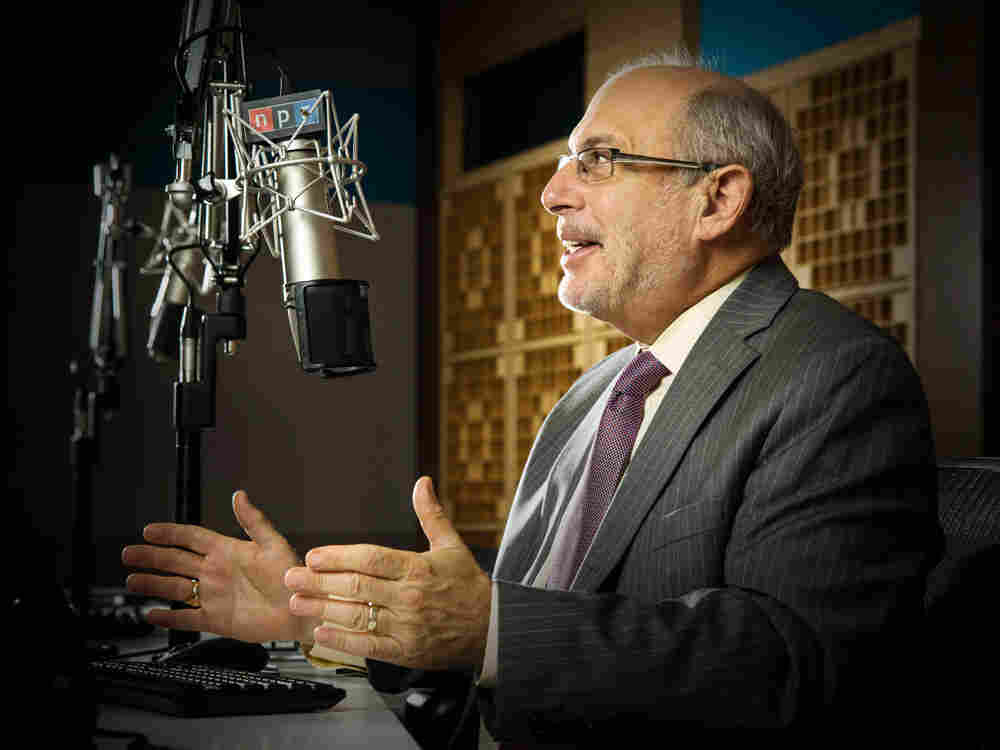 Robert Siegel is retiring from NPR after 40 years. Over his tenure, he's interviewed many classical musicians. Stephen Voss/NPR hide caption

Today our colleague Robert Siegel is retiring after four decades at NPR. He's covered everything from peace movements in East and West Germany to the Republican revolution of the 104th Congress, the mentally ill homeless and the 2008 earthquake in Sichuan Province, China.

Over his 30-year tenure as host of All Things Considered, Robert has also chased one of his lifelong passions — classical music. He's interviewed dozens of today's most compelling musicians.

"I'm intrigued by classical performers," Robert told me this week. "We don't expect them to improvise or compose. They play pieces from a canon that have been performed and recorded many times before, but they are not imitative. They strive to bring a personal dimension to performance. The musicians whom I have had the chance to interview possess technical mastery, plus the gift to impart something personal to the performance. Yo-Yo Ma, Hélène Grimaud, Anne Akiko Meyers — they are so gifted, and so serious about their art, it is a gift to peek inside their brains for a few minutes."

Robert says his love of classical music began as a kid, when he fell in love with Beethoven's 'Emperor' Piano Concerto.

"I must have been five years old," he recalls. "My father had what must've been the first LP recording of the 'Emperor.' When I heard the start of the first movement, I could not stop marching around the living room. I think I scratched that record and damaged it badly from so much marching. It was several years before I made it to the second movement."

But no matter who was across the microphone from Robert — Vladimir Putin or Renèe Fleming — it was fascinating to hear the master interviewer in action. He always nudged the best from his guest, always in control, even when pepper pots like harpsichordist Mahan Esfanhani threatened to turn the tables. On some of these stories I worked with Robert, formulating ideas and questions. I even joined him on the air a few times. (Now that's intimidating!)

With an impressive spreadsheet of his classical music interviews in front of him, dating back some three decades, I asked Robert to pick a few favorites. A few of those — with some unforgettable quotes — follow below.

Stuart Canin (2015) "The rifleman who fiddled for Truman and Churchill."

Anne-Sophie Mutter and Lambert Orkis (2006) "With Mozart, it's crafting jewels."

Oscar Paz Suaznabar (2015) "When you're playing it, do you think about the bunny?"

JoAnn Faletta (2013) "The mythical title of The Great American Symphony."

The People's Republic of Beethoven (2016) "Music in Communist China."