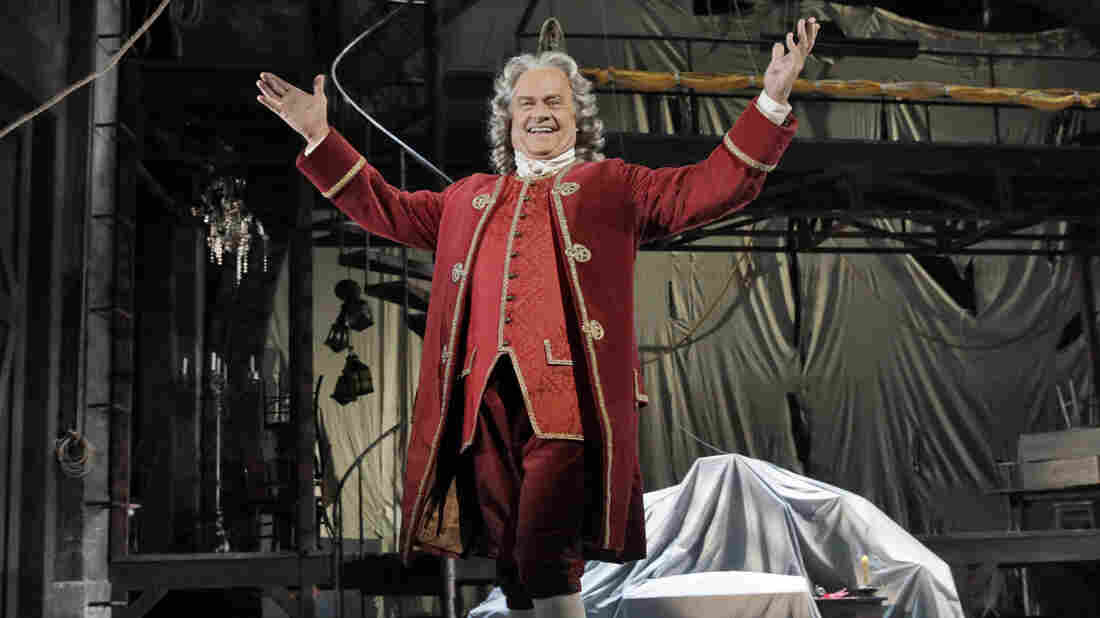 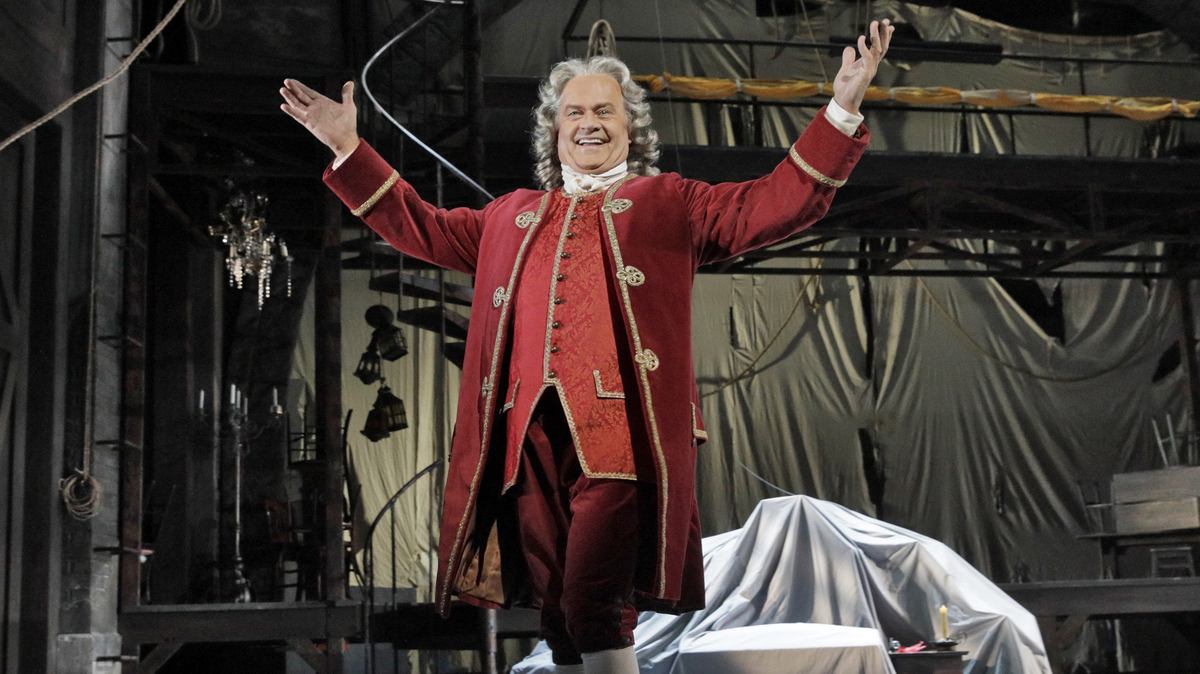 Candide is a show with a classy pedigree. Voltaire wrote the 1759 novella. It became an operetta in 1956 with a libretto by Lillian Hellman, contributions from Dorothy Parker and Richard Wilbur, the noted poet — and some gorgeous music by Leonard Bernstein. The original production lasted just two months on Broadway, but the score is still a popular favorite — and the show has been revived many times over the years, with Stephen Sondheim, Hugh Wheeler, John Mauceri, and Bernstein himself adding material.

Like the psychiatrist he spent two decades portraying on Frasier and Cheers, Kelsey Grammer loves Bernstein. In this year of the composer's centennial, the Los Angeles Opera has mounted a new production of Candide, starring the Emmy winner in a dual role — as Dr. Pangloss, the bullheaded optimist and subject of much of the story's satire, and as Voltaire himself. While far from his first singing performance, the show is Grammer's first time on the opera stage.

In a conversation with NPR's Scott Simon, Grammer explains how acting and music pulled him out of his childhood shyness, and why personal hardships such as divorce and the early loss of his father and sister ultimately came to brighten his outlook on life.

Click the audio link to hear the full interview with NPR's Scott Simon.

On how he came to perform in his first opera

About eight months ago I got a call from the famously charming Placido Domingo, who basically said, "So we'd like you to be with us for this Candide." So it's not a particularly complex set of reasons ... but what was funny was, I've never done an opera. So being the kind of hairpin I am, you know, I just try different things anyway. It seemed very appealing to me to go ahead and just give it a shot.

On his lifelong appreciation of Leonard Bernstein's music

When I was a young man, when I was 6, 7, and 8 years old, I used to go to Leonard Bernstein's concerts for children in New York City, so I have a specific connection with him there. I've always loved his music, but of course in those cases he sort of did a comparative music lesson; basically, during the concerts he would play several different things, even covered the Beatles. He was so affable and, sort of, available — and at the same time, very heady and a musical genius. So he was he was really at the top of his game and the top of the hierarchy, in terms of the culture world, throughout his career.

To get to know the music on a more intimate level has been a great privilege, by rehearsing it and being involved in it. And Francesca's staging of this piece is pretty terrific. I know that she's cut it liberally, and I imagine Bernstein would probably look to that as a favor in many ways. I mean, more than three hours in the theater under anyone's sort of genius is challenging. I think she's done a hell of a job, and I think he would have applauded it as well.

On his musical background

My mom and dad were musicians, and they met in music school. They didn't have a terrific marriage or a long-lived one, but I did play drums for my dad's band ... when I was 12, and my mom continued to sing and appear in local productions of different musicals and plays throughout my childhood, and it was always something that she loved doing. So I had a background in it. I saw Hello, Dolly! when I was 8 years old.