Accessibility links
While My Cello Gently Weeps: A Love Song From Persia : Deceptive Cadence Hear the emerging artist channel his Persian heritage in music that meditates on loss while mixing Eastern and Western traditions.

Songs We Love: Kian Soltani, 'In Memory Of A Lost Beloved'

Songs We Love: Kian Soltani, 'In Memory Of A Lost Beloved' 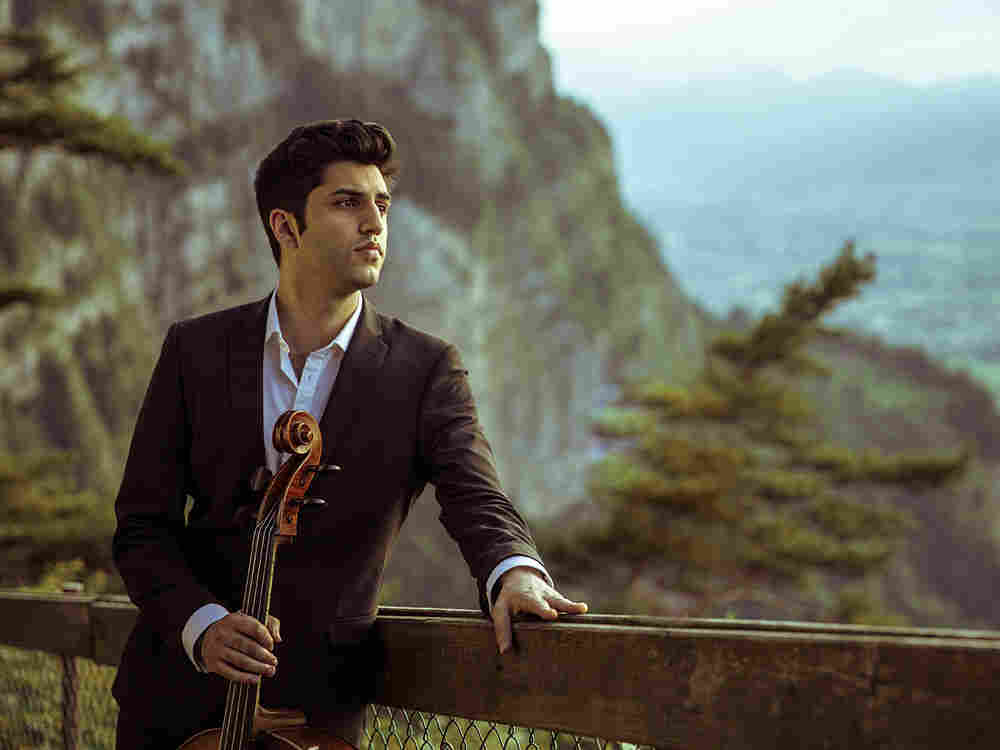 Composers have often turned to folk music when they need a strong melody or just a shot of inspiration. The sounds of traditional Persian music — something rarely heard in a Western classical setting — help make "In Memory of a Lost Beloved" feel fresh and evocative. It's from a suite of Persian-inspired pieces by composer Reza Vali on Home, the debut album from 25-year-old cellist Kian Soltani.

An Austrian cellist of Persian heritage, Soltani navigates the intricate rhythms and melodies with both clarity and soul. The cello enters with a restless tune that's full of longing. The phrases almost sound like weeping as they float over piano chords that are equal parts gloomy and propulsive.

Vali, who grew up in Iran but has lived and taught in Pittsburgh for years, calls "In Memory of a Lost Beloved" a conversation "across the dimensions, between the deceased beloved and the grieving lover." The cello's meatier, baritone qualities are largely absent here. Soltani's nimble playing in the upper registers of his Stradivarius cello makes the music sound wistful and vulnerable.

The finest moment of the piece comes near the end. After a lengthy pause, Soltani is left to carry the music on his own. The melody becomes more delicate and suggests a kind of bittersweet resignation. Then pianist Aaron Pilsan delivers a haunting final gesture: a series of ascending chords that unspool slowly, and ultimately vanish into the ether.