Accessibility links
What Does Life In An Orchestra Get You? In The U.K., Not Enough To Live On : Deceptive Cadence A study released by the Musicians' Union in the U.K. says that many musicians with full-time, salaried jobs are struggling to pay their bills. Two-thirds say that they have considered other careers.

What Does Life In An Orchestra Get You? In The U.K., Not Enough To Live On

What Does Life In An Orchestra Get You? In The U.K., Not Enough To Live On 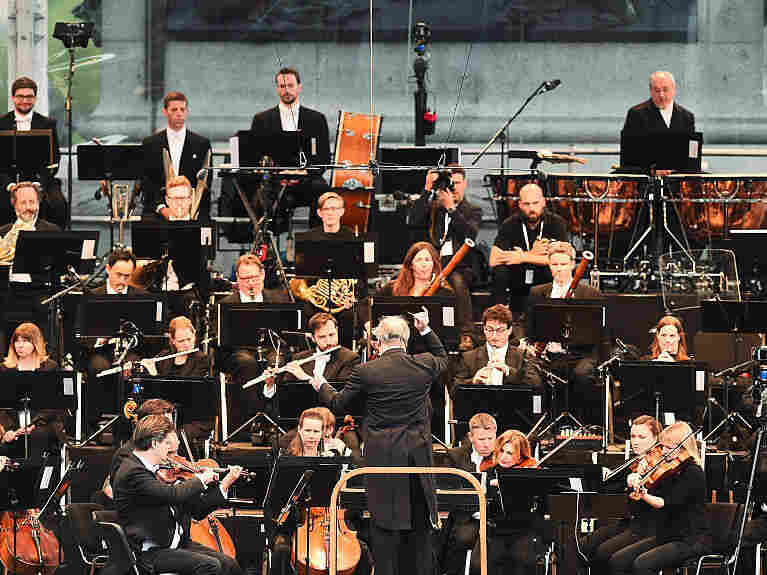 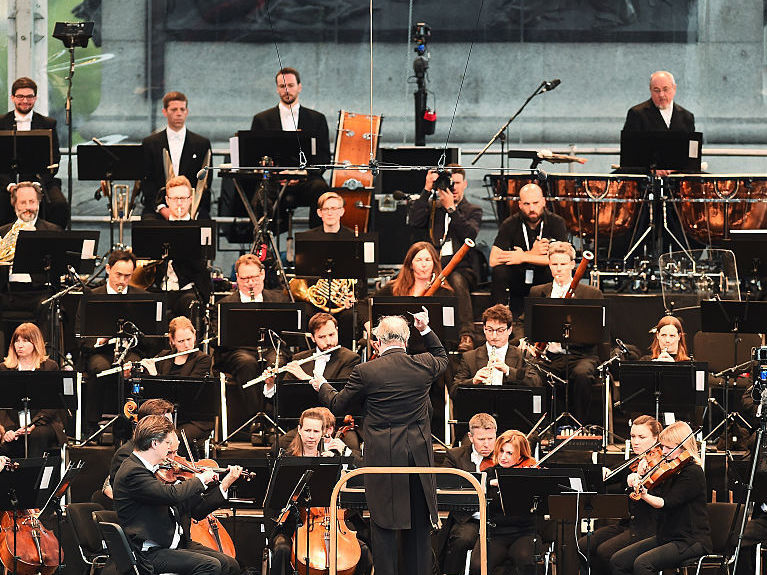 The London Symphony Orchestra, performing with conductor Valery Gergiev in London's Trafalgar Square in May 2016.

Aspiring orchestral musicians have long known that the road to a professional career is arduous and paved with risks. But new research from the U.K. shows that even attaining the brass ring of an orchestral job does not necessarily provide financial security. In fact, even with salaried, full-time employment, many British orchestral musicians are struggling to pay their bills.

On Wednesday, the Musicians' Union (MU) in the U.K. published research showing that orchestral players — including those holding full-time jobs as ensemble musicians — on average earn under $30,000. The union also found that two-thirds of professional musicians with up to 30 years' experience have considered other careers.

The MU says that U.K. players who have won full-time jobs earn about £21,000 (about $28,500). However, budget cuts have made that work even more scarce. According to the union's research, more than 40 percent of musicians in the earliest years of their career (five years or less of professional experience) have taken unpaid work; 17 percent of those with 11 to 20 years' experience have also worked for free. The survey results came 285 musicians in seven orchestras from across the U.K.

According to the British union, these musicians spend about £80,000 (over $108,000) for the costs of their training, including tuition and student loans. That figure does not seem to include the often-significant financial burden of buying, insuring and maintaining their instruments. (For example, the cost of a professional-level violin, for example, is easily $40,000, and goes up from there to hundreds of thousands, and even millions, of dollars. At that point, players often borrow instruments from wealthy patrons or foundations.)

Michael Kidd, a French horn player with the well-regarded City of Birmingham Symphony Orchestra and who also played at the wedding of Prince William and Duchess Katherine, told the BBC on Thursday that a lot of string players take out mortgages to buy their instruments.

Those figured costs don't even measure in a lifelong commitment to practicing — often starting from the time the musician was in preschool or elementary school — for dozens of hours per week, first as a student and then as a working professional.

As American trombonist Doug Yeo (who for nearly three decades served as bass trombonist in the Boston Symphony Orchestra and the Boston Pops) wrote in a classic essay for those considering a career in orchestral music: "Are you prepared to join a profession that is more like joining a cause than a profession?"

For its part, the MU has used this discouraging research to launch a public awareness campaign in the U.K. meant to highlight "the true value of the U.K.'s orchestral musicians" and, they hope, to spur larger grants for the national arts council and local councils to increase funding to orchestras.

Along with highlighting the emotional connections that music fans might have with orchestras — whether hearing them onstage, on film soundtracks or in video games — the MU is emphasizing the community outreach that orchestral musicians typically take part in.

Almost all U.K. orchestras — 97 percent of them — do programming with schools, hospitals or healthcare and retirement facilities. In 2016, British orchestral players reached nearly 900,000 children through performances and educational programming, and over half of U.K. orchestras work with hospitals and in healthcare and retirement facilities. About 65 percent of those engage with people living with dementia; 38 percent work in hospitals or hospices; and 34 percent work in "mental health settings."