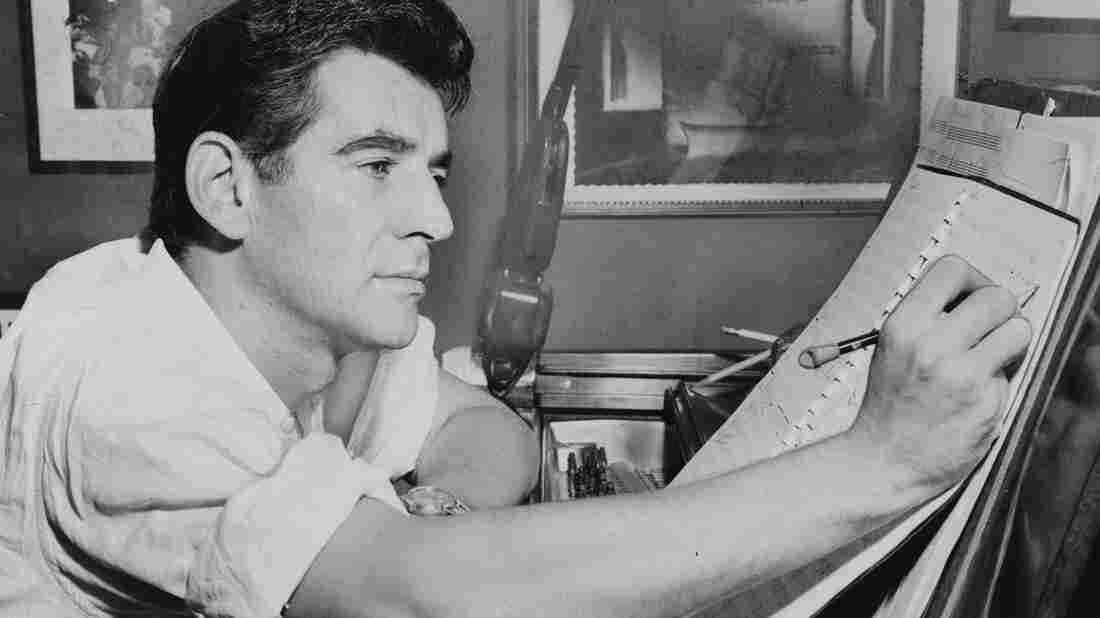 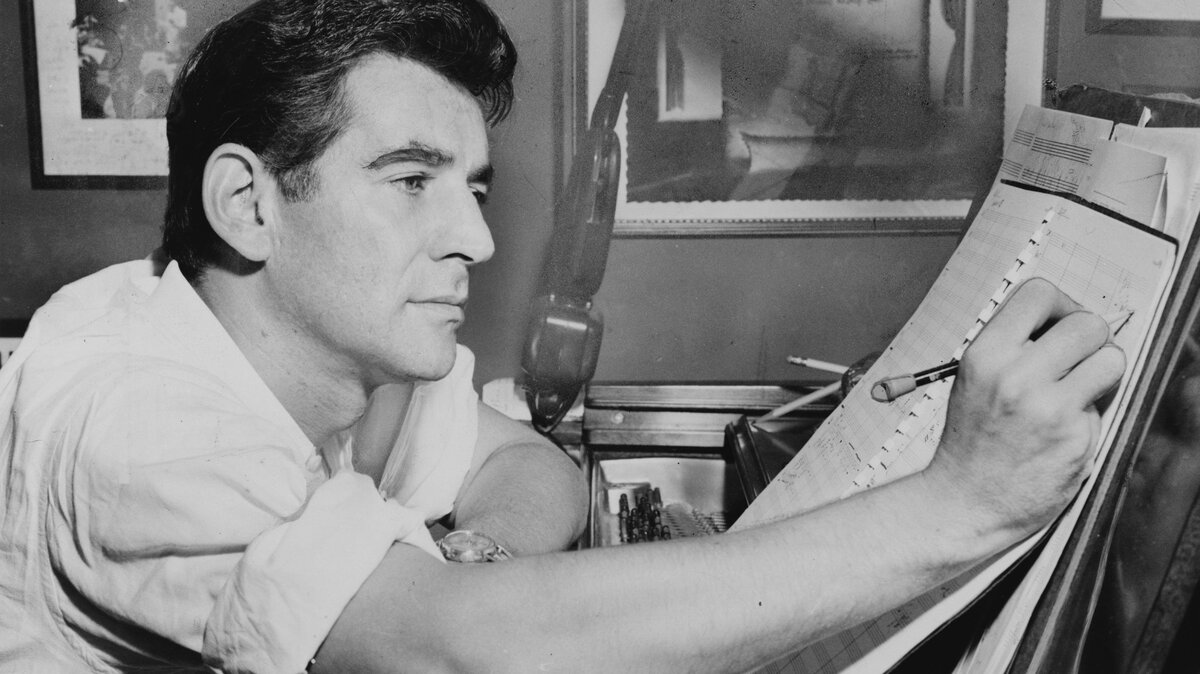 It's the Leonard Bernstein centennial this year and the Baltimore Symphony Orchestra has been celebrating.

Last weekend, music director Marin Alsop and the orchestra played music from Bernstein's Candide, On the Town and West Side Story — and shared photographs and videos of Bernstein with the audience. "Something develops onstage called love," he says in one clip, from a 1990 tribute on CBS Sunday Morning. "I'm sorry to use this four-letter-word; it's just so abused. But that's what it is — that's what it's all about. And it's not just a love between me and the orchestra. It is among themselves, and boy, does that make music."

Marin Alsop invited NPR's Scott Simon to join her onstage at that event for a discussion her and with Jamie Bernstein, the composer's daughter — who is publishing a memoir in June called Famous Father Girl: A Memoir of Growing Up Bernstein. Hear their conversation at the audio link, and read an edited transcript below.

Scott Simon: Bernstein was one of the great blessings of your life, to know him and be nurtured by him. Tell us about that.

Marin Alsop: Well, when I was 9 years old, my dad took me to a Young People's Concert. This guy came out, and he was so cool; he was wearing a turtleneck. When he turned around to conduct the orchestra, he was jumping around. I thought to myself, "Nobody's yelling at this guy. I should be the conductor." I think it was an aerobic decision at 9 years old, but really it was because of that. I turned to my dad and said, "You know, I want to be the conductor." And I never changed my mind — not for one minute, not for one day.

Simon: Jamie, I'm going to guess it can't always be easy to be the daughter of a towering figure.

Jamie Bernstein: It is not always easy, but it's never boring. Our house was full of interesting, lively, creative, funny people. Extra chairs were always being dragged up to the dinner table, and I went to sleep listening to my parents and their friends laughing and carrying on and roaring around the piano ... and everybody was singing along and playing word games and charades. I thought all grown-ups did was have fun for a very long time. I couldn't wait to be a grown-up. Then, I found out it was a little more complicated than I realized.

Simon: Could we talk about Leonard Bernstein as a composer, and of the influence he had on Broadway? Especially at a time when there wasn't that sort of crossover between the two worlds of classical performance and Broadway.

Bernstein: You know, my father was such a people person, but composing is a very lonely job. So I think he gravitated to theater of one kind or another, partially because it meant that he could work with collaborators. 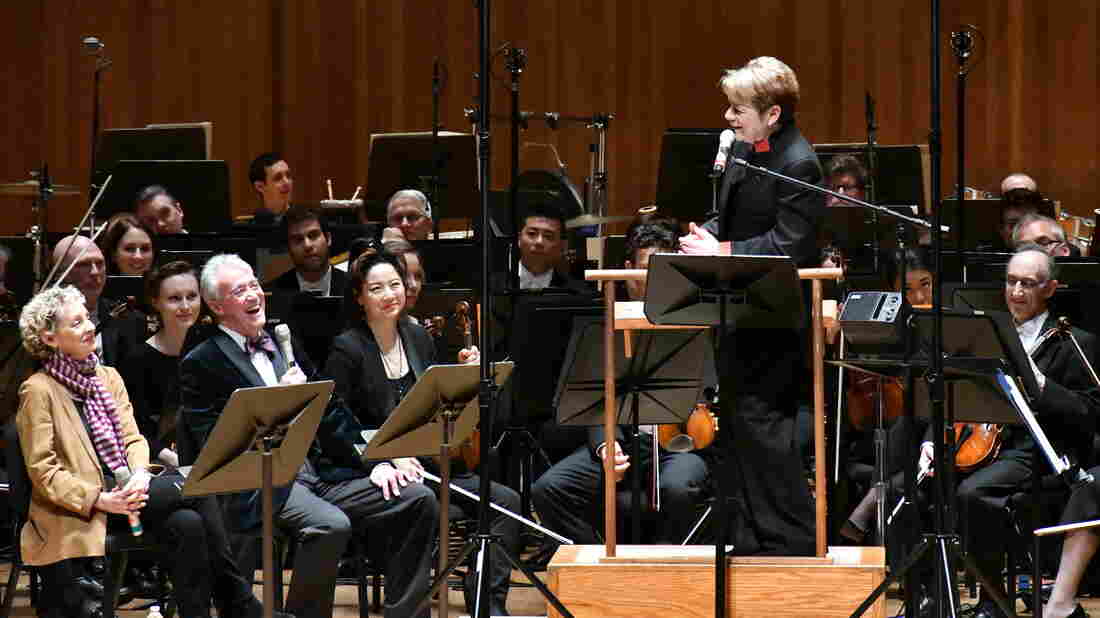 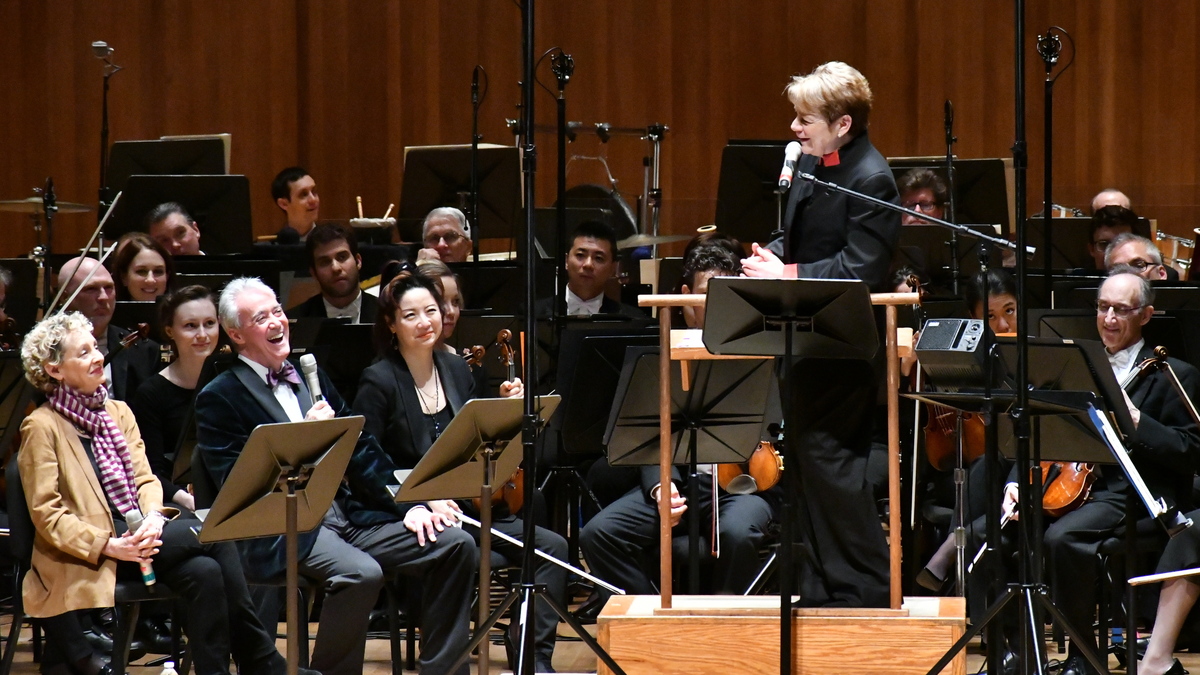 Alsop: I know that he had a very long association with Stephen Sondheim also, and the first big project they worked on was West Side Story. How did Sondheim get involved in that? Because he didn't start out as part of the team, did he?

Bernstein: No, he did not. The original idea for this updated version of Romeo and Juliet was for it to be about Jews and Catholics having a conflict over the Easter and Passover holidays. And it was going to be on the Lower East Side — "East Side Story" or something! Well, that idea was not getting traction.

Simon: It became Fiddler on the Roof, right?

Bernstein: [Laughs] Sort of, yeah. So, it was when the street gang became Latino — that was the element that galvanized Jerry Robbins, my father and Arthur Laurents. The three of them started working on this new version of the show and things were going very well. My father was writing the music and the lyrics. You know, his lyrics were not quite as wonderful as his music, so they decided to bring in "the kid," 25-year-old Steve Sondheim.

I once saw in an exhibit at Carnegie Hall a draft in my father's handwriting of an early version of lyrics for the song "Maria," And it went: "Maria / It's a sound like there's music playing / It's a sound like in church when they're praying." It kind of went thud. In comes the kid: "Maria / Say it loud and there's music playing / Say it's soft and it's almost like praying," Oh, that's a lyric.

Alsop: But if we look at the musical development of this piece, it's incredible. Bernstein, he's thinking, "All right: I have to somehow express conflict. How can I, in the smallest amount of musical material?" So he picks ... the most conflicted interval. You don't need to know this unless you go on Jeopardy!: It's called a tritone.

Bernstein: Those three notes, in fact, are the key to the entire score of West Side Story: "Ma-ri-a!" You can find that interval all the way through the score. It's amazing.

Alsop: It's wonderful to have this opportunity to celebrate someone who made such a difference — not just to music, but really, to the world. And I remember him standing up for everything he believed in, whether you agreed with him or not. Didn't matter. It's that example of "stand up and be counted."

Bernstein: That's right. And he's such a good model for today's citizen artists, as young musicians refer to themselves, because they're activists and they're in the world; they're not in an ivory tower. They're really putting their music to work for their communities and to make the world a better place. And my father was the granddaddy of citizen artists.

An earlier version of this story referred to a quote from a 1990 interview on CBS Sunday Morning. The quote was taken from a 1990 tribute on that show.