Accessibility links
Remembering The Soprano Who Sang Like A Laser Beam : Deceptive Cadence With a voice of gleaming steel that soared effortlessly above 100-piece orchestras, Swedish dramatic soprano Birgit Nilsson, who was born 100 years ago, was force of nature.

Remembering The Soprano Who Sang Like A Laser Beam

Remembering The Soprano Who Sang Like A Laser Beam 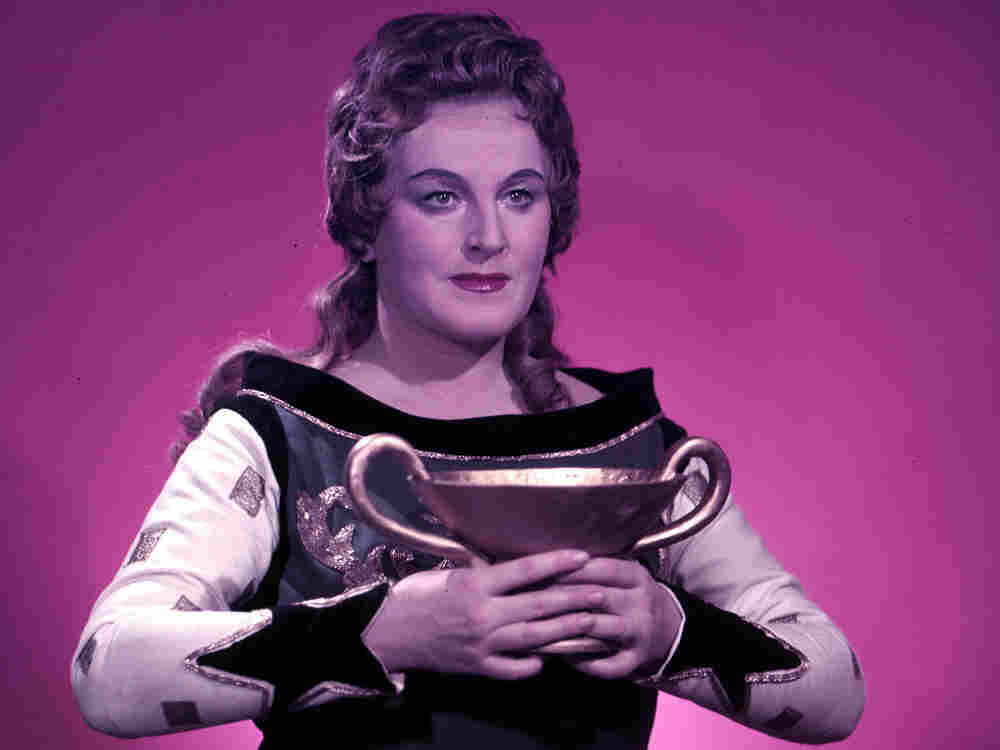 The myriad stories about Swedish soprano Birgit Nilsson usually fall into two groups: the ones about her enormous, laser-focused voice and those about her rapier-sharp wit.

Nilsson, born 100 years ago on May 17, 1918, was the reigning dramatic soprano of her generation and possessed one of the most thrilling voices of the 20th century. Her stock and trade was the punishing, psychologically complex roles in operas by Wagner and Richard Strauss. With reserves of power and stamina, her voice of gleaming steel soared effortlessly above 100-piece orchestras, high notes pinging like supercharged bells. Combined with her keen acting skills, Nilsson was a complete dramatic package, in worldwide demand for over 30 years, singing opera's most taxing soprano roles: Brünnhilde, Isolde, Elektra, Salome and Turandot.

"You have to have a certain stamina for Wagner, but I think I was born with that," Nilsson said in a BBC documentary. "I felt very strong when I was singing. And when I started to take lessons, I felt really like some sort of a boxer or wrestler. It must have been in my nature."

Nilsson, who grew up on a farm in southern Sweden, was a late bloomer, making her operatic debut in 1946 at the Royal Opera in Stockholm while in her late 20s. A few years later, her international career took flight and she began singing at the world's top opera houses, including London's Covent Garden, where one staffer told Gramophone magazine he was surprised to see the back wall still intact after a Nilsson performance. At the Metropolitan Opera in New York, where Nilsson appeared 223 times, her 1959 debut in Wagner's Tristan und Isolde was the stuff of front page headlines (can you imagine such a thing today?). A New York Times critic wrote, "Isolde's fury and Isolde's passion were as consuming as cataclysms of Nature." The audience roared, giving her a 15-minute standing ovation.

The outsized personalities Nilsson portrayed on stage found parallels in her off-stage life. Serving largely as her own manager, she was unafraid to stand up to demanding conductors and impresarios, often with humor. Much to the dismay of conductor Herbert von Karajan, Nilsson once showed up to a rehearsal wearing a miner's helmet, a comment on the production's dim lighting. 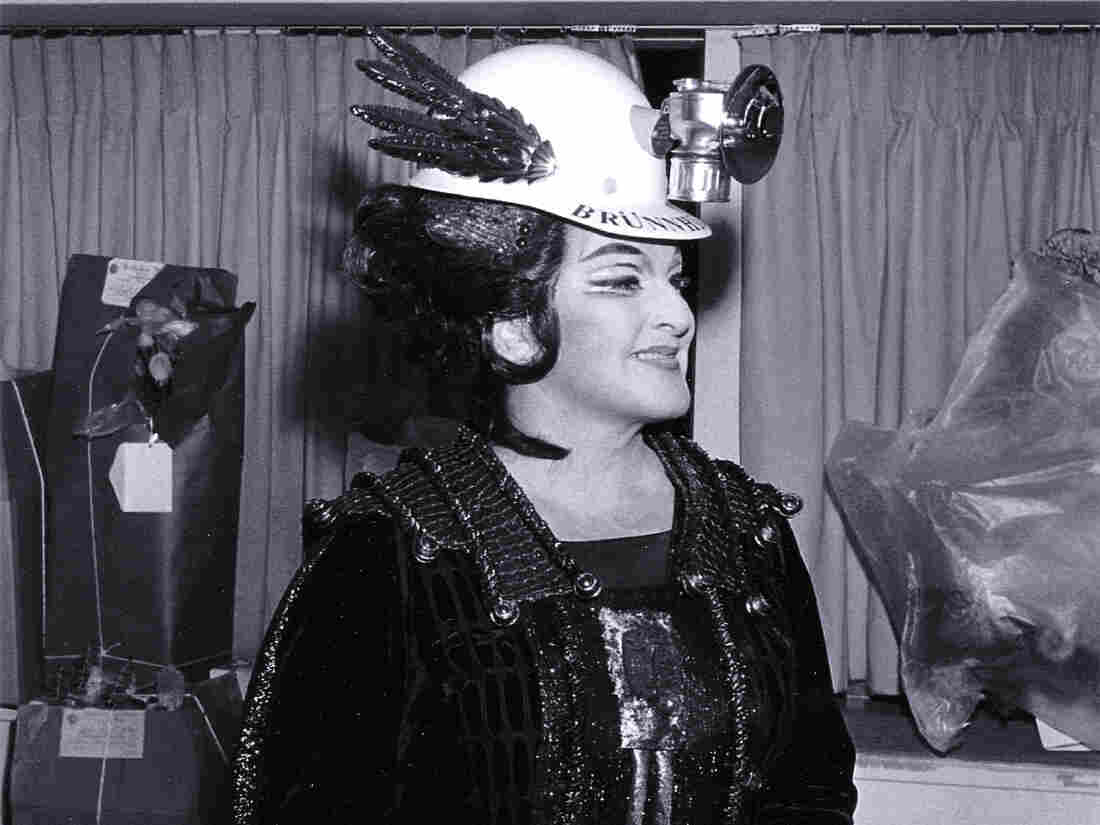 In 1959, soprano Birgit Nilsson wore a custom miner's helmet to a rehearsal at the Metropolitan Opera as a joke to protest the dim lighting in a production. Louis Melançon /Metropolitan Opera Archives hide caption 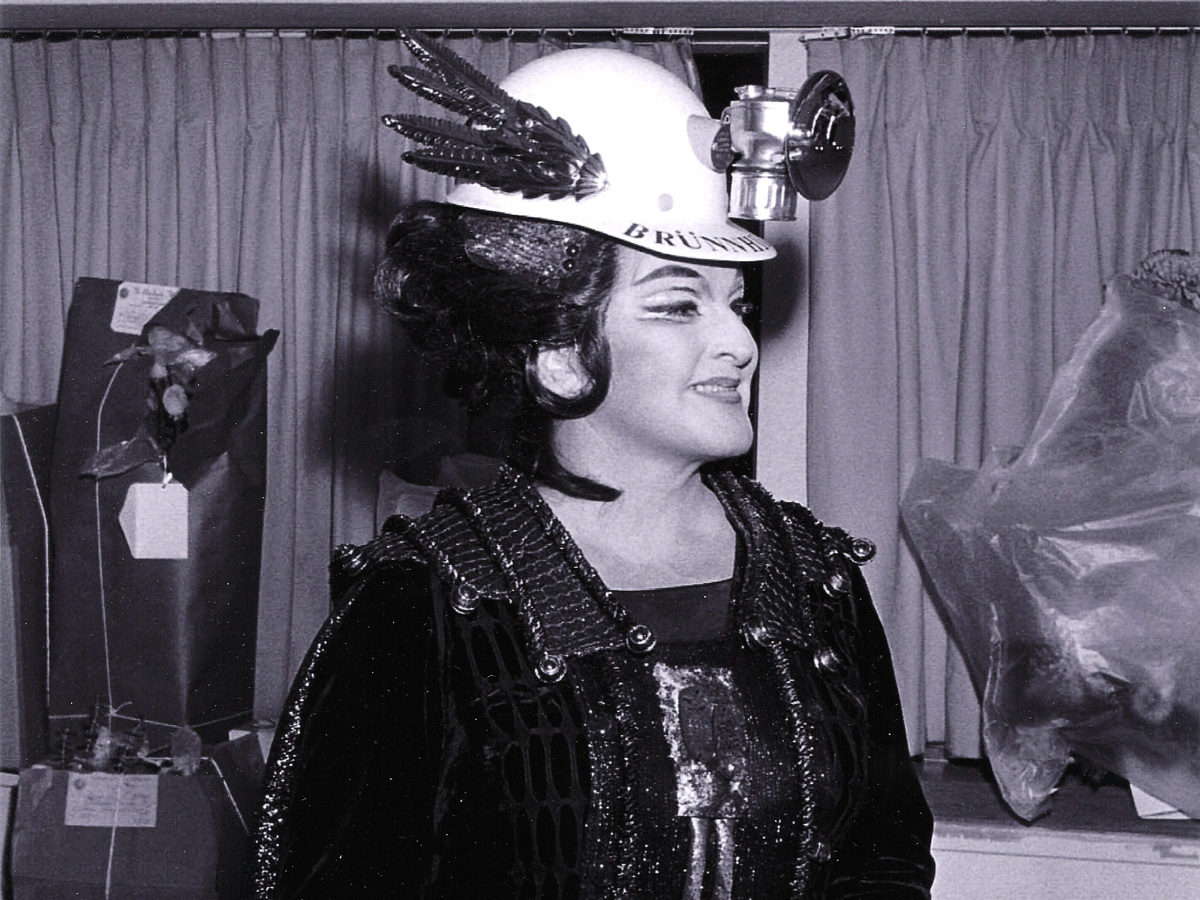 In 1959, soprano Birgit Nilsson wore a custom miner's helmet to a rehearsal at the Metropolitan Opera as a joke to protest the dim lighting in a production.

At another, after her pearl necklace broke, Karajan helped Nilsson pick up the pieces, asking if they were genuine pearls, purchased with the exorbitant fees she demanded of the Met Opera. She quickly replied that they were indeed fake, bought with the pittance he paid her in Vienna. She also maintained that the secret to success singing Wagner's four-hour-long Tristan und Isolde was "comfortable shoes." And as a joke, she once left a "do not disturb" sign under her breastplate during a production of Wagner's Siegfried just to get a reaction from the tenor when he removed her sleeping character's armor.

Nilsson was funny, but she took her music seriously. "An artist who cannot forget himself in the moment when they are creating art, is no artist," she claimed. Near the end of her career, Nilsson established a foundation that includes the Birgit Nilsson Prize. The award, handed out approximately every three years to a currently active opera singer or opera institution, carries with it a $1 million prize. This year's award, coinciding with the Nilsson centennial, was announced May 15 and given to the dramatic soprano Nina Stemme, who currently sings many of the same roles Nilsson did.

The hackneyed, stereotype image of the operatic soprano is a hefty woman with braids, wearing a breastplate and horned helmet. Birgit Nilsson might have been the poster girl for that cliché, but no one could begin to match her pure, penetrating sound — or her irreverent humor.