Accessibility links
The Rise Of The LA Philharmonic To 'America's Most Important Orchestra' : Deceptive Cadence The Los Angeles Philharmonic, which begins to mark its centennial this fall, is credited with helping to bring high culture and great composers to L.A. 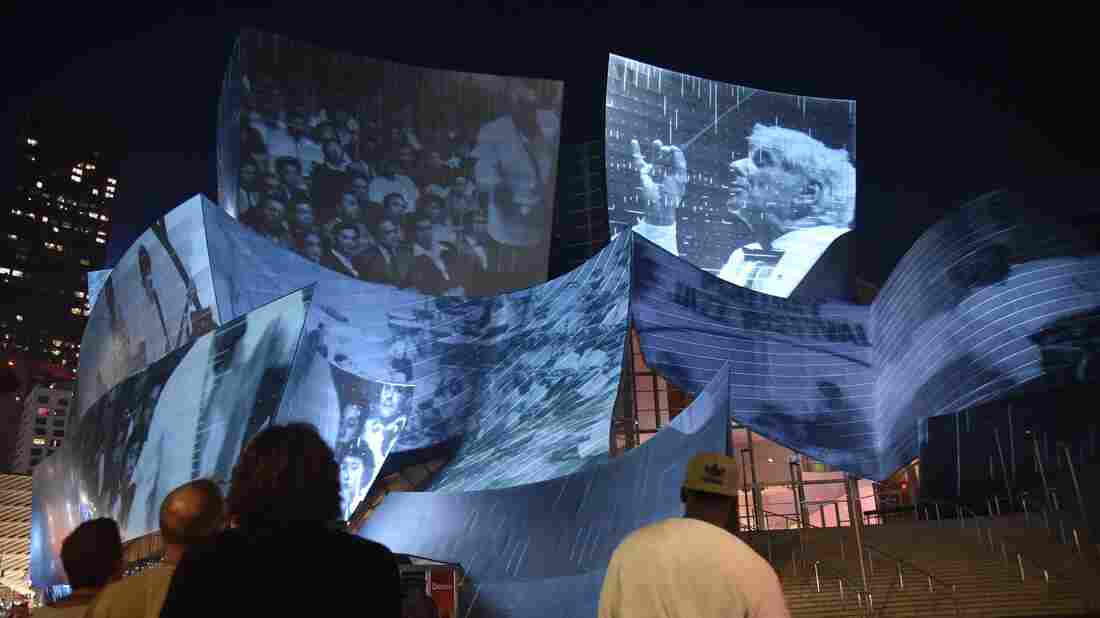 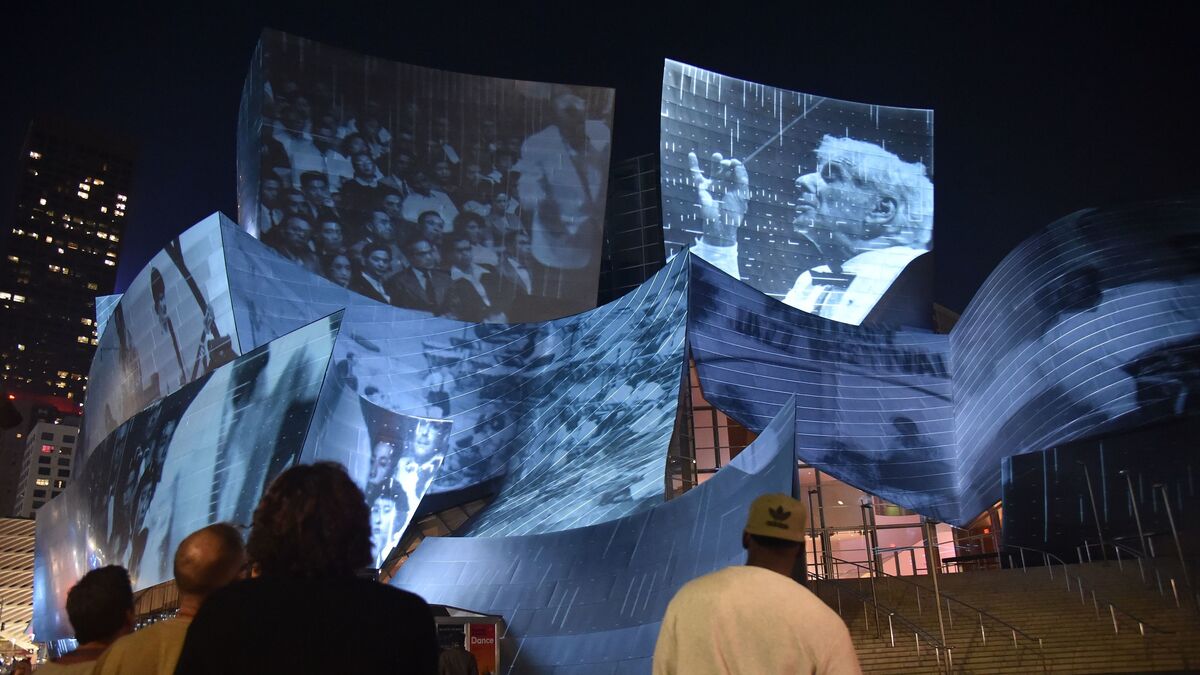 The Los Angeles Philharmonic's yearlong centennial celebration kicked off at the end of September, with a day-long street festival that spanned eight miles across the city. Angelenos started at the Walt Disney Concert Hall and ended with a free nighttime concert at the Hollywood Bowl, featuring performances from pop star Katy Perry and composer John Williams, who closed out the event by conducting his famous Star Wars theme.

The Philharmonic is actually celebrating a little early. It made its debut on October 24, 1919, despite the fact that the city already had an orchestra. Founder William Andrews Clark Jr. had a broader vision: to bring in New York players, get students of composer Gustav Mahler to conduct and build a successful orchestra out of the cultural backwater of Los Angeles.

LA was still a pioneer town back then — much of it orange groves and oil wells — and the film industry was just getting started. Three years after the orchestra debuted, the Hollywood Bowl opened and became its summer home, where audiences paid 25 cents a ticket for "symphonies under the stars." The orchestra has continued to be at the forefront of classical innovation. The LA Philharmonic claims to be the first orchestra to broadcast a full concert; it was one of the first to invite a woman to conduct, in 1925; and it was the first U.S. orchestra to hire an African American musician, in 1948.

By the early 1990's, Los Angeles had become a huge multicultural metropolis. And similarly, the orchestra has become known for its mix of classical favorites and music by contemporary composers, including John Adams and the late Frank Zappa. The orchestra's current music director, Gustavo Dudamel, continues to champion new music.

"I credit him with really crafting the orchestra into the finely tuned machine that we are now," first violinist Camille Avellano says. "It used to be that we were just sort of this unknown guardian of old, dead white guy's music. And now I think we are seen as being cutting edge."

Simon Woods, the Philharmonic's new CEO, says the orchestra is committed to taking risks. So committed, it inspired The New York Times to make a remarkable declaration: "The Los Angeles Philharmonic is the most important orchestra in America — period," classical music editor Zachary Woolfe says. "Just in terms of what an orchestra can mean in its community and what they can do in terms of blending the artistic and the social justice, educational, etc."

The LA Philharmonic's conductor and music director Gustavo Dudamel has played a large part in the orchestra earning this distinction. Dudamel began at the orchestra 10 years ago, and is now planning a permanent home in South LA for his youth orchestra, a program similar to El Sistema, the one he came through in Venezuela. He's optimistic about the philharmonic's future in the global hub that Los Angeles has become.

"I don't see borders in the art. If we can be an example in these chaotic moments that we are living in the world, arts will open this new path that we need. It's a beautiful journey. It's an amazing and unique journey," Dudamel says.

That journey, this season, includes premiering 50 commissions from composers and performing during the Academy Awards.