Accessibility links
How The 'New World' Symphony Introduced American Music To Itself Sometimes it takes an outsider to see a culture clearly. Czech composer Antonin Dvorak's Ninth Symphony was an ode to what American music could become. 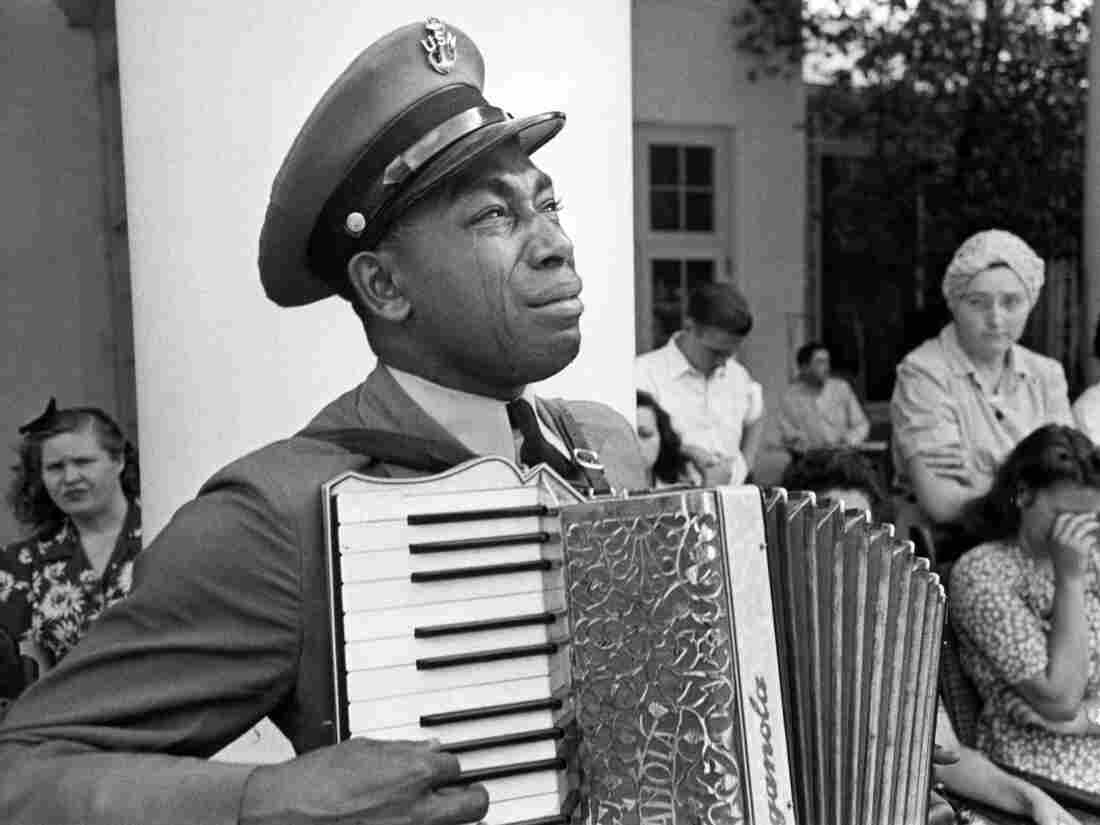 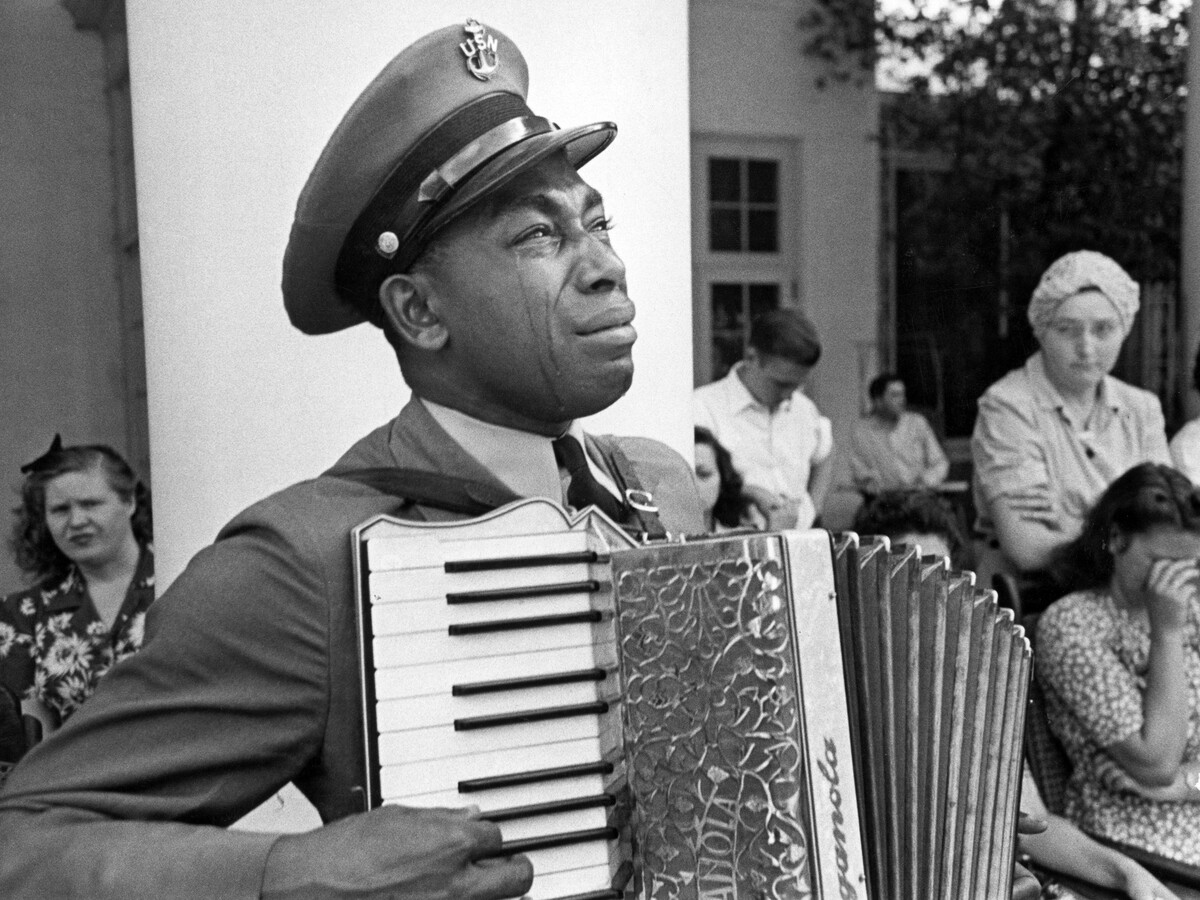 Sometimes it takes an outsider to point out what's great about a culture. That's exactly what Czech composer Antonin Dvorak was when he came to the U.S. at the end of the 19th century, an immigrant thrown into a new world and new sounds.

Out of that experience, he wrote a symphony for America: Dvorak's Symphony No. 9, subtitled "From the New World," has become one of the world's most beloved orchestral works. It also produced a melody that is a hymn and an anthem to what American music can be.

When Dvorak came to America in 1892, the Pledge of Allegiance was new. So were Carnegie Hall, the game of basketball and Edison's wax cylinders. Classical music in America wasn't new — but it needed a reboot. Already a celebrated composer in Europe, Dvorak was hired to run the National Conservatory of Music in New York to help American composers find their own voices and shake off the European sound.

At the time, American concert music sounded a lot like Brahms and Beethoven. Dvorak heard something different, in an unexpected place, as he told the New York Herald just before he debuted his "New World" symphony.

"The future of this country must be founded upon what are called the Negro melodies," he declared. "This must be the real foundation of any serious and original school of composition to be developed in the United States." Essentially, this was Dvorak telling white Americans that the future of their music resided in the people they had subjugated and killed.

"It was radical, and I think that he got harshly criticized and really rejected," says JoAnn Falletta, music director of the Buffalo Philharmonic, who has conducted the "New World" Symphony many times. "Dvorak was surprised, in a way, to find that the roots of American music were not European, they were African-American."

The music he found here included African-American spirituals, introduced to him by a young black man named Harry Burleigh, who had applied to be a student at Dvorak's National Conservatory.

"Dvorak chose a black person to be his assistant. How likely is that?" says Joe Horowitz, author of the book Classical Music in America, noting that this was, after all, America in the 1890s. "He's probably thinking at least two things: 'I want to help this young black man,' and 'This young black man is going to help me.' "

Burleigh, from Erie, Pa., was a self-taught baritone, who sang spirituals to Dvorak, like "Go Down Moses," which the composer said had a melody to rival Beethoven. Another one Burleigh introduced Dvorak to was "Swing Low, Sweet Chariot." "Burleigh claimed that Dvorak was actually quoting 'Swing Low' in the opening movement of the 'New World Symphony,'" says Horowitz.

Dvorak recognized a rich tradition sitting under his nose, one that most American composers seemed blind to. He wove American roots music into his vast symphonic canvas. And, inspired by black spirituals, he came up with a bittersweet melody that would become a spiritual of its own: the "Largo," the symphony's second movement, a kind of song without words scored for the English horn.

After Dvorak died, the "Largo" was turned into "Goin' Home" in 1922 by William Arms Fisher — a white student of Dvorak's, who added words to the composer's melody. "Most people who know "Goin' Home" assume that it's a spiritual that Dvorak quoted," Horowitz says. In fact, it was the other way around: Dvorak's melody went from the concert hall to the church hymnbook.

"My family all thought it was a spiritual," admits bass-baritone Kevin Deas, who first heard "Goin' Home" as a kid, not realizing the music was by Dvorak. He later recorded the song himself.

"We had 'Goin' Home' in our hymnals that I grew up singing, and so I was familiar with the melody, but there was just this instant sense of, 'I could identify with this music.' Deas says. "It has that sense of longing, and so much of the African-American spiritual tradition comes with this idea that heaven, or home, is a beautiful place to go to."

Dvorak's "Largo" became not just an anthem for the weary, but also a hymn for those who have died. It was performed at memorial events for presidents Franklin Delano Roosevelt and Gerald Ford. And it even inspired black composers and musicians, from avant-garde saxophonist Albert Ayler to pianist Art Tatum, who made the "Largo" swing in 1949. 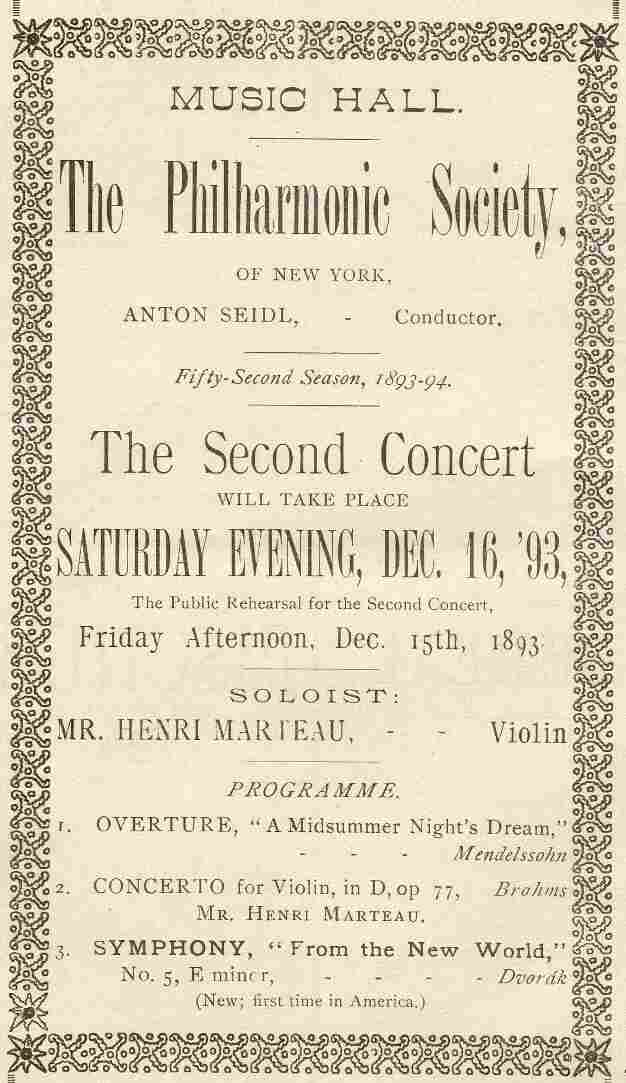 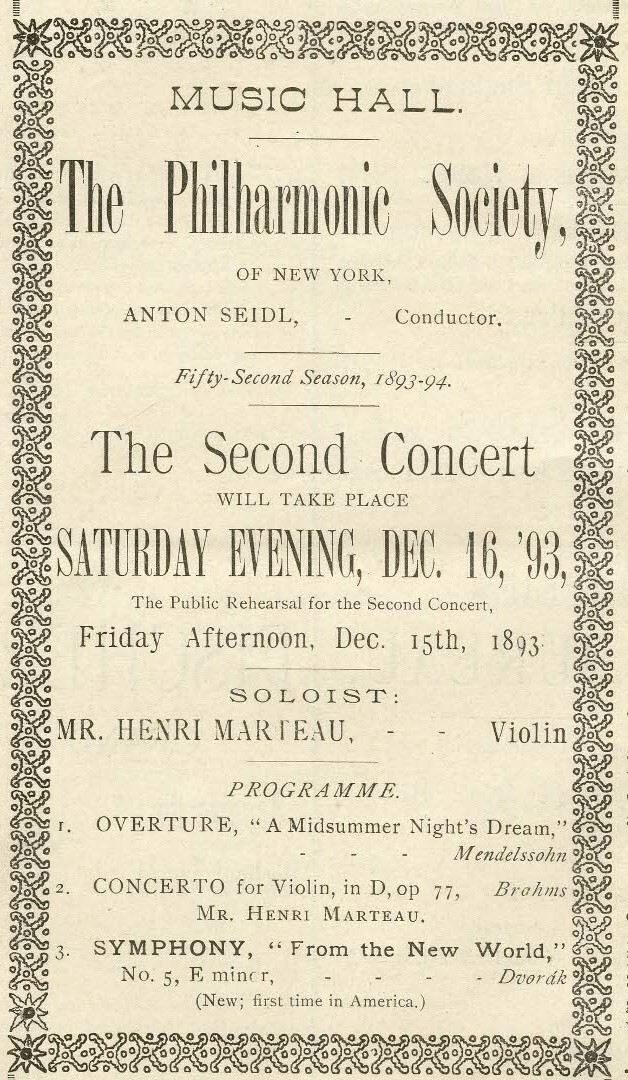 An 1893 advertisement for the world premiere of Dvorak's "New World" Symphony.

Dvorak had a dream that American composers would follow his example, cultivating their own musical soil to grow distinctly American anthems of their own. Horowitz said it didn't go exactly as he'd envisioned.

"We blew it. We never fulfilled Dvorak's prophecy. We squandered it. We should have had a legacy of black classical music and we don't," Horowitz says. Instead, it was popular music that soaked up African-American influences — which is great, he adds.

Still, Falletta says, some did hear Dvorak's call. "He made American composers think about music differently," she says. "The entire history of 20th century American music changed because of Antonin Dvorak. And maybe his prediction, then, gave composers like Gershwin the feeling that using jazz and writing for classical orchestra was okay."

George Gershwin to looked to jazz, and Aaron Copland would look to American folk music in ballets like Appalachian Spring and Rodeo -- but before any of them was Dvorak. Before the birth of jazz, R&B and hip-hop, an old, white, European composer predicted that black music was America's future.

"The roots of American music — whether it be African-American or Native American or ragtime or Louisiana bayou music — all of that has now become accepted as a rich part of our fabric of our musical life," Falletta says.

That musical melting pot is what Antonin Dvorak celebrated, and even elevated, in his "New World" symphony: a philosophy of inclusion rendered in music.