Accessibility links
For Opera Singers, Life After Retirement — At Least At One Very Special Rest Home : Deceptive Cadence Founded by composer Giuseppe Verdi and funded by royalties from his popular operas, Casa Verdi in Milan opened a century ago as a home for opera musicians in their golden years. 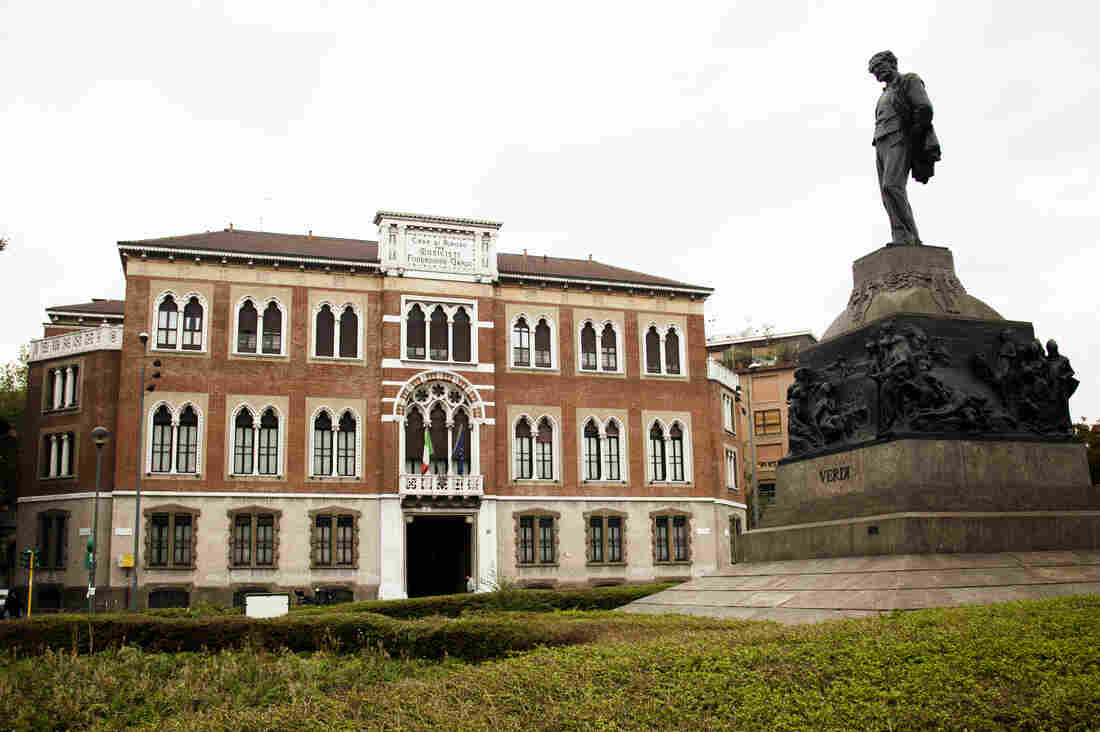 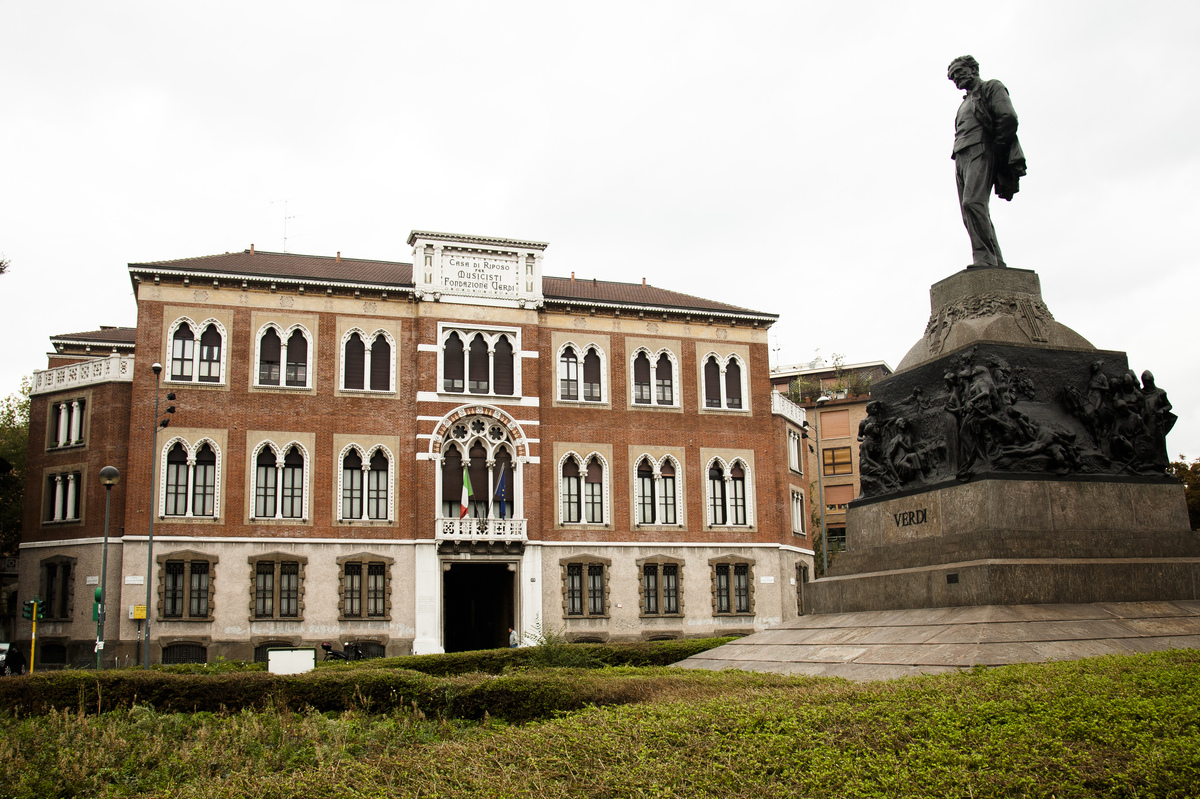 The exterior of Casa Verdi, founded by famed Italian composer Giuseppe Verdi in the late 1890s.

Opera star Renée Fleming drew concern last year after a New York Times profile suggested the acclaimed soprano would be retiring. Luckily for fans, it turned out to be a false alarm. But if Fleming does ever start to ponder retirement, she might consider a move to Milan — where she'd likely be welcomed with open arms at Casa Verdi, a retirement home for opera singers and musicians founded by the famed Italian composer Giuseppe Verdi more than 100 years ago.

Soprano Lina Vasta spent her career performing in Italian operas around the world. Twenty years ago, she settled at Casa Verdi. The tiny singer, who uses a cane to get around, won't reveal her age (through a translator she admits to being "over 65"), but she still enjoys singing bits of The Barber of Seville around the home.

Vasta came to Casa Verdi with her husband when they both retired from singing. Since he died this is all she has. But with "a beautiful house, a piano, a very nice garden, nothing is missing here — it's perfect. Grazie, Verdi," she says.

"In Italy, Verdi isn't considered only a composer, only a musician, but kind of a national hero," she says. "He used his operas to give voice to people — to humble people, to modest people, to poor people."

Many of Verdi's own former colleagues found themselves living in poverty toward the end of their lives. At that time, there were no pensions for musicians in Italy.

"Verdi perfectly knew this situation," Longoni says. "And when he was about 82 he wanted to use his patrimony to make a rest home for his colleagues and the less favored by fortune." 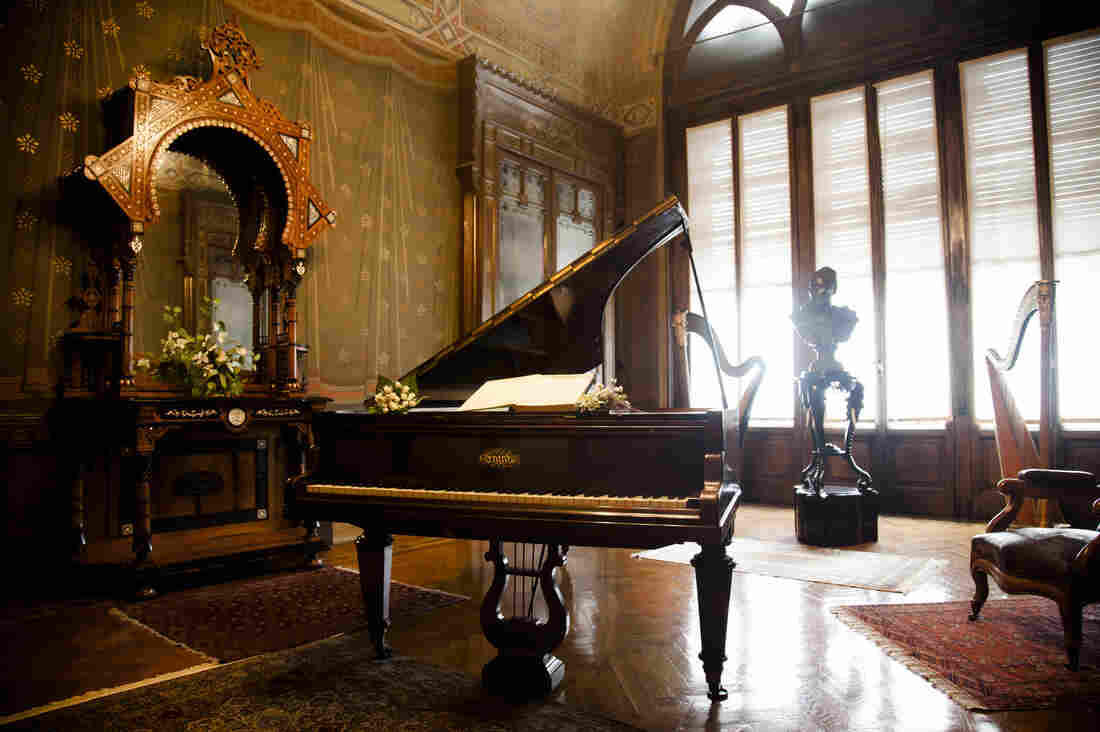 Using his own fortune, Verdi built the retirement home for opera singers and musicians, a neo-Gothic structure that opened in 1899. The composer died less than two years later, but he made sure the profits from his music copyrights kept the home running until the early 1960s, when they expired. Today guests pay a portion of their monthly pension to cover basic costs – food and lodging — while the rest comes from donations.

The 93-year-old Bissy Roman has been living at Casa Verdi for nearly three years. She has no family, but she has Casa Verdi. "I'm very grateful because if not, I will be lonely and very upset, she says. "Here, I cannot be upset because there are a lot of people around — we are talking, we have music, we have guests."

Guests of all ages, it turns out: Casa Verdi has an extra 20 rooms set aside for conservatory students aged 18 to 24. Roman gives voice lessons to a young woman from China, one of the six students she sees on a weekly basis.

Armando Ariostini, a baritone in his early 60s, comes to Casa Verdi every Wednesday to visit the guests, some of whom are his former colleagues. And while Ariostini himself is still several years away from retirement, he says he knows exactly where he'll be hanging up his hat once he leaves the opera stage for good.

Tom Huizenga contributed to the digital version of this story.