Listen · 7:28 7:28
The Valkyrie Who Maxed Out Her Credit Cards: Christine Goerke Sings Brünnhilde 7:28 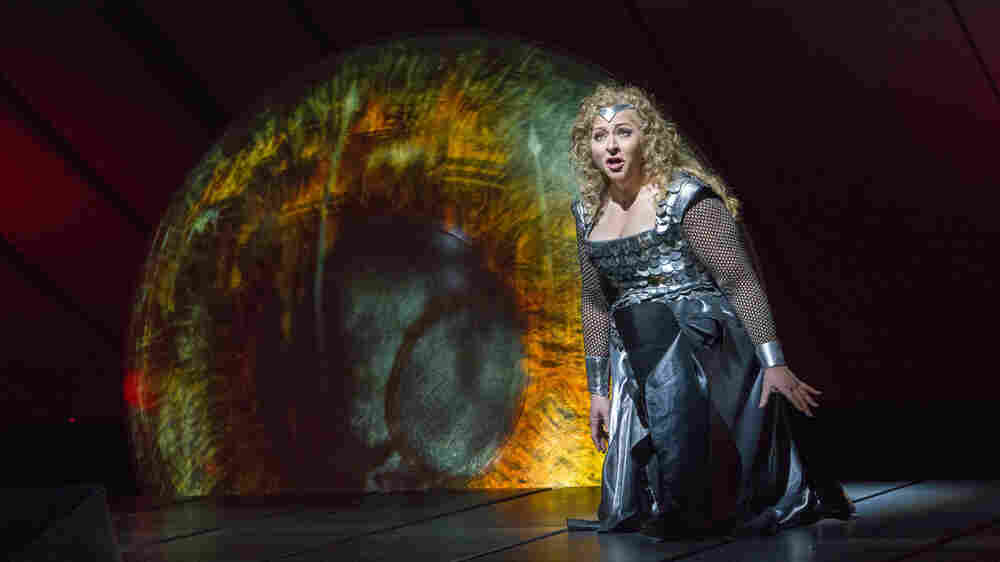 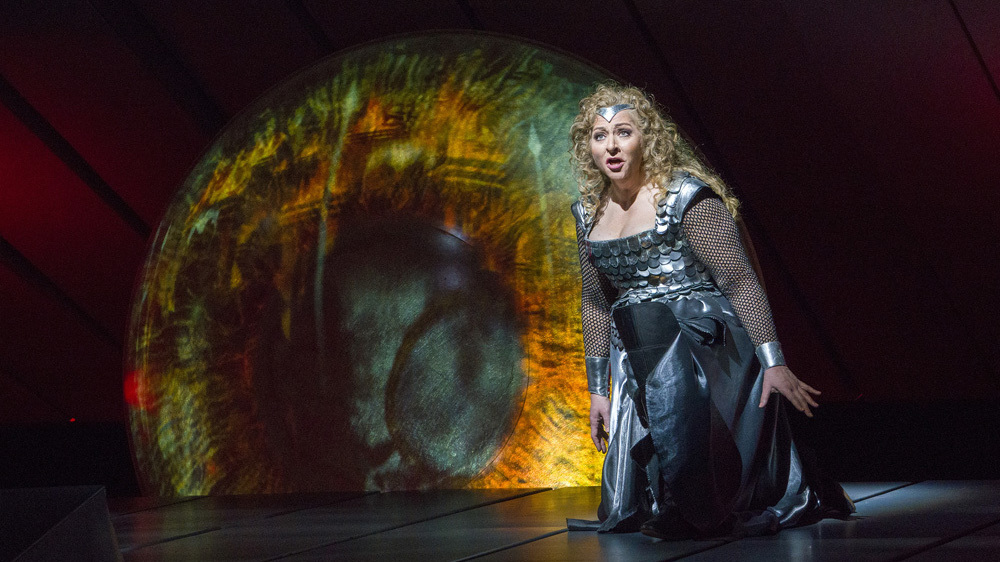 Christine Goerke is focused on endurance. The dramatic soprano is tackling one of the most challenging roles in opera: singing Brünnhilde, the Valkyrie maiden warrior, in Richard Wagner's epic, Der Ring des Nibelungen, at New York's Metropolitan Opera. Otherwise known as the Ring cycle, the 16-hour saga spans four operas and tells the story of gods, monsters, humans and an insatiable urge to own an all-powerful golden ring.

"The thing is that there are three different roles within the Ring cycle for Brünnhilde and they are all very different," Goerke says. "The stamina is really the biggest issue, so pacing is paramount." It's not only Goerke's Met Brünnhilde debut — it's also the first time she's sung the roles back to back, as Wagner envisioned audiences to experience his cycle.

Goerke wasn't always a huge-voiced Wagner singer. Nearly 16 years ago, the rising star was building her career on lighter fare by Mozart and Handel. Then she hit a wall. Her voice was maturing far faster then she had expected and she couldn't control it in the lighter music.

"I literally thought I broke it," Goerke says. "But once I went in and changed my support and I allowed my voice the room to grow, it did what it was supposed to do and it turned out to be far less of a bump in the road than it seemed."

But there were trying times. It took a few years for Goerke to reinvent herself, which meant less singing, fewer paychecks. "We went into quite a bit of credit card debt," Goerke admits. "We survived. We didn't lose our house, everybody was fed."

She persisted, taking on some of the heavier Richard Strauss roles, catching breaks along the way with acclaimed performances as Chrysothemis in Elektra and as Dyer's Wife in Die Frau Ohne Schatten.

"I just have the best job," Goerke says. "I get to be loud, pretend and dress up for a living. That's not so bad. I get to throw myself into a different world and be someone else for a few hours. It's a mirror image of the reason that we all go to the theater. We all want to escape the real world for a little bit; I just get to do it in a slightly different way than everyone else."

Goerke explains that once you take away the gods, dragons, mermaids and giants from the Ring cycle, you're left with a web of intense interpersonal relationships at the heart of saga.

"It's beautifully written," she says. "Anybody who thinks, 'Ugh, Wagner, I can't be in the middle of that for 16 hours' — if you can sit through a binge watch of Game of Thrones, I promise you this is much cooler."

Goerke's performances run through May 11. Listen to the radio version for the full conversation between Goerke and NPR's Scott Simon.