Accessibility links
Ellen Reid's Pulitzer-Winning 'prism' Confronts Sexual Assault : Deceptive Cadence The young composer's opera, which debuted at the Los Angeles Opera, was inspired by her own experience as a survivor of sexual assault. 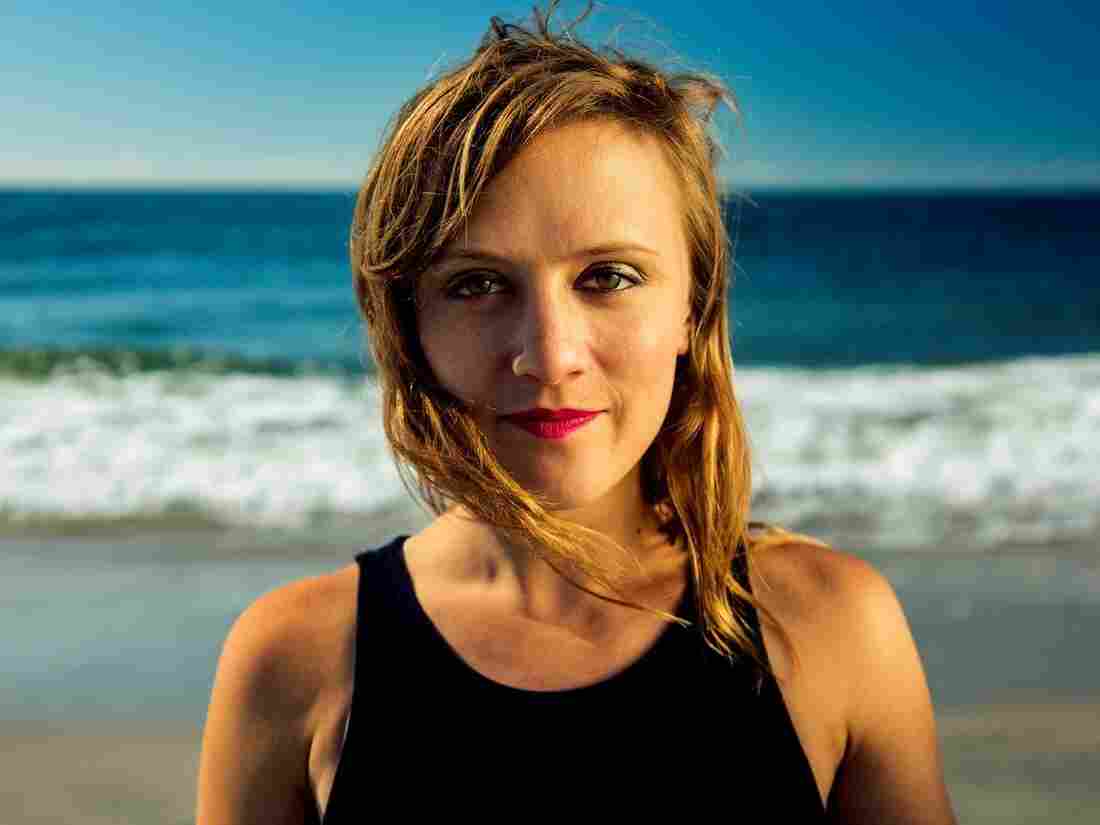 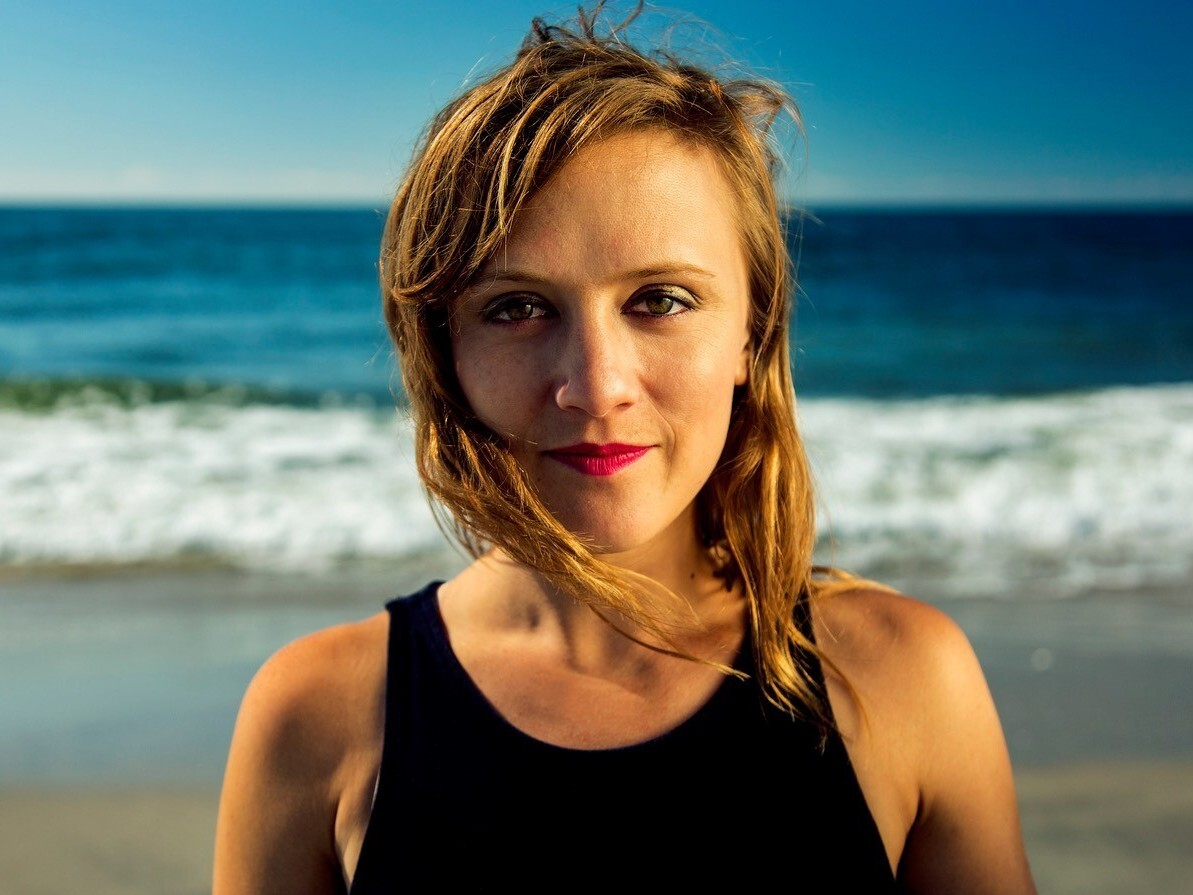 Ellen Reid, a 36-year-old composer, won the Pulitzer Prize in Music on Monday for her opera p r i s m. The Pulitzer jury described the winning piece as a "bold new operatic work that uses sophisticated vocal writing and striking instrumental timbres to confront difficult subject matter: the effects of sexual and emotional abuse." The two other finalists were Sustain, an orchestral work by Andrew Norman, and Still for solo piano by James Romig. Reid is the fourth woman to earn the prize since 2013.

Reid's music in p r i s m is set to a libretto by Roxie Perkins. The work, commissioned and co-produced by Beth Morrison Projects, premiered November 29 at the Los Angeles Opera's Off Grand series.

Reached by telephone Monday afternoon in New York, Reid said she was still in shock on hearing the news of her prize. She had no words to describe it. But she did have a lot to say about her Pulitzer-winning work in the conversation below (which was edited for length and clarity).

Tom Huizenga: The story of p r i s m deals with some very tough subjects. Could you tell us a little about your inspiration?

Ellen Reid: The subject matter of p r i s m is about sexual assault and that's something that happens to so many people that we started working on the piece about five years ago, before the #MeToo movement, before there was a kind of shift in thinking about what it meant to be a survivor. And it felt really important.

It was something that Roxie Perkins, the librettist, and I had both experienced personally and it felt like something that we wanted to delve into together. As you can imagine, going so deeply into something that is so difficult is really challenging. There's something about the piece that makes people who haven't experienced sexual assault understand just a little bit more what it might be like.

Does that mean you intended the work to be particularly arresting and perhaps tough to sit through?

No. I wanted the work to be personal. And I wanted the work to expand, to give a point of view from someone who had been through an experience like that – what it opens up in your mind. So in no way did I want to be alienating. I wanted to bring the listener and the viewer into it and feel it, and through the whole piece there is a lightness and a darkness, and how those things balance together and how it opens up.

So how do you go about depicting this trauma — the struggle for survival — in music and in singing?

We depicted it through a non-linear narrative and through exploring reality shifts that had happened in the main character's mind by making them very real. And then letting the listener discover what reality was – and that reality had shifted from what they thought it was. There are three different acts, and the first act is very magical and you learn that it wasn't real, and that the second act is very real – you're in a club and you watched this thing happen, but it's not literal. There's no actual violence depicted on the stage. It's all sonic. And then in the third act, you know what's real and you have to confront it, which feels very much like what I think the process of being a survivor feels like. You have to like readjust your reality in a way.

Tell us how you use the instruments and how you decided vocally and instrumentally to depict the feelings.

When I think about any challenging moment or challenging memory, I almost feel like there's a force field of static around it, almost like you can't get close to that thing because you have to pass through this painful blade of static. What I tried to do was set up these static kind of shifts that the character had to pass through to see what had happened to her.

And then the funny thing is – in my brain, at least – when you go to the thing that the static is protecting you from, it's really mundane, like a stupid conversation you had with somebody, or there's something really basic about it. And so this kind of build up, passing through these challenging static moments, we did through electronics and through amplification of the ensemble and extended techniques, working with sound designer Garth McAleavey.

The opera has just two characters: a mother and a daughter. I'm wondering if you considered at any point to add more characters?

We did consider other characters, but we decided to keep it focused and keep it with two. But there is a kind of a third character – the chorus. And the chorus plays different parts in the different acts. In the first part, it's kind of this beckoning character, like a monster but also as a beautiful monster outside the door. And it turns out, it is the part of the main character that she didn't see – that she couldn't see in herself until she understood what had happened.

So if you had to describe the music for someone who has never heard it, how would you characterize it overall?

I would say there are three different sound worlds. The first sound world is really dreamy and impressionistic. And then the second sound world is gritty and kind of urban and based in a club. And then a third sound world is this new music, extended technique – the harshest part of reality. I wanted to feel like the rug got pulled out from under you. You're in this dreamy sound world, and then the more you learn, the dreamy beautifulness of Act I just feels darker and darker.

OK, here's the question that everybody will ask you: What do you hope listeners might take away from the piece? Because now that you've won the Pulitzer, p r i s m will be seen in many more places.

I hope this piece allows anyone to be one step closer to living a life that isn't their own. I feel like music has a way of allowing you to understand an experience that isn't yours. I'm interested in making music that is for a wide variety of listeners. I didn't grow up in classical music so I'm interested in making music that you can connect to on a variety of levels. And so I do think that there is this thing that happens when you're listening to music where it allows you to be closer to understanding something. And that's what I hope people take away.