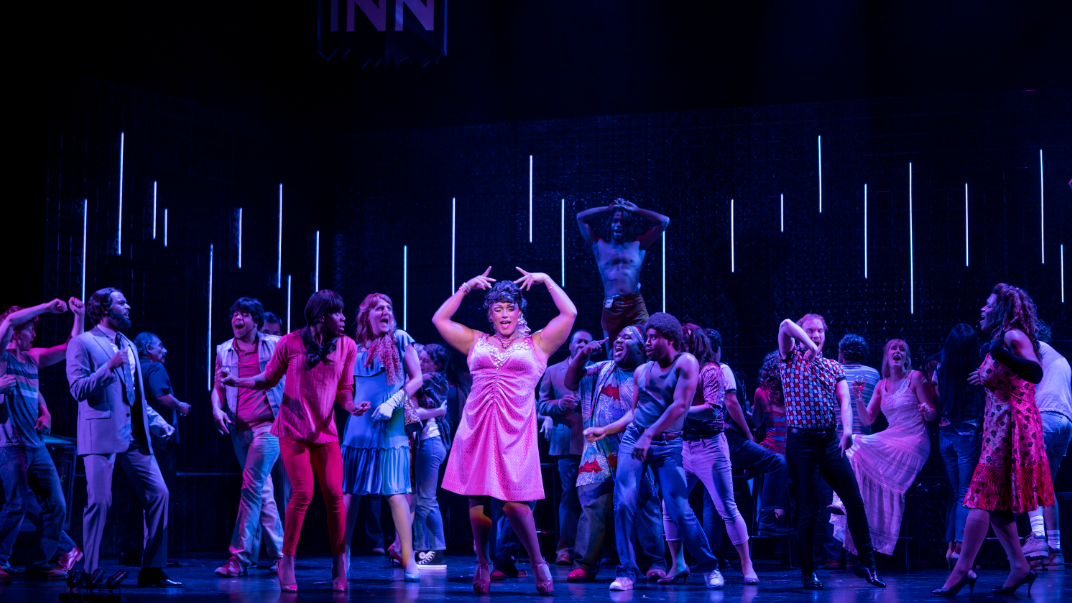 June 28 marks the 50th anniversary of an event that proved to be a catalyst for a simmering gay-rights movement. On that day in 1969, police raided the Stonewall Inn in Greenwich Village. Now a new opera, Stonewall, at the New York City Opera, dramatizes that historic moment.

The idea for the opera, which was commissioned for NYCO's 75th anniversary, came from Michael Capasso, the organization's general director. Capasso points to the NYCO ideals that align with the show. "City Opera had been founded as the People's Opera," he says. "We thought that we needed programming that needed to speak to the people of the city of New York."

Capasso and the team he assembled realized his vision quickly. Just 18 months prior to Stonewall's opening on June 21, Capasso hired Leonard Foglia as the show's director and Pulitzer Prize winner Mark Campbell as the librettist. Campbell, who was paired with British composer Iain Bell, wrote a first draft of the new opera's text in three weeks.

"I wasn't there in 1969, but I'm a beneficiary of what happened in 1969, as are all gay people," Campbell says. "We've all learned from Stonewall. That's why it was such a terrific privilege to be able to write it."

Bell was in the middle of writing another opera. "Yes, time constraints would be pretty intense. But I knew this was a story I wanted to be involved in telling," Bell says.

The story follows a cast of LGBTQ characters as they prepare to go to the Stonewall Inn. Campbell wanted to give audiences a sense of what it was like to be gay in New York in 1969. "I wanted to remind them that there was a reason for Stonewall, and that there is still a reason for Stonewall — that you could be harassed, or you could lose your job; that people were trying to apply conversion therapy to you," Campbell says. "I mean, all of these stories, all of Part 1, is about examining how homosexuality was a crime."

Brian James Myer, who plays a gay high school teacher in the show, says that Stonewall's premiere is well-suited to 2019. "Why not this? Why not now?" he asks. "This is a perfect time. It's the 50th anniversary of the Stonewall riots this year. It's also the 75th anniversary of New York City Opera. And it's a particularly timely piece in the current political climate that we're in."

Myer's co-star, Lisa Chavez, also attests to the relevance of the opera and the character she plays. "She's based off of a real woman who did stand up to the cops," Chavez says of her character, Maggie. "So, she basically sees everybody getting roughed up and she says, 'No. No, this is enough. Enough is enough, and we're done with this.' "

Bell notes that Stonewall chronicles both the critical uprising — "I would not be married if not for the actions of those brave people that evening" — and reminds viewers of the social progress that has yet to be made in the 21st century.

"Pride in and of itself isn't just about some capital F fabulous événement," Bell says. "It's actually shining a light on the fact that horrible atrocities are still happening in our backyard. This isn't an antique piece. This is as relevant as it could be."