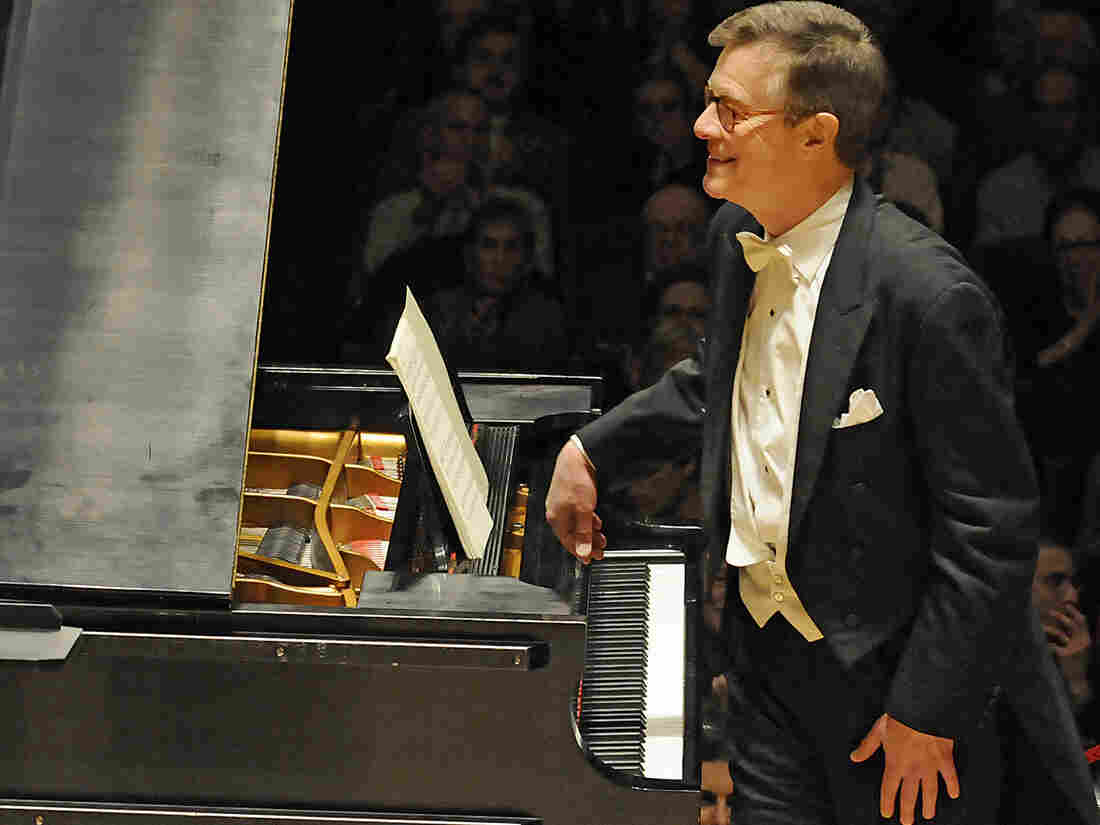 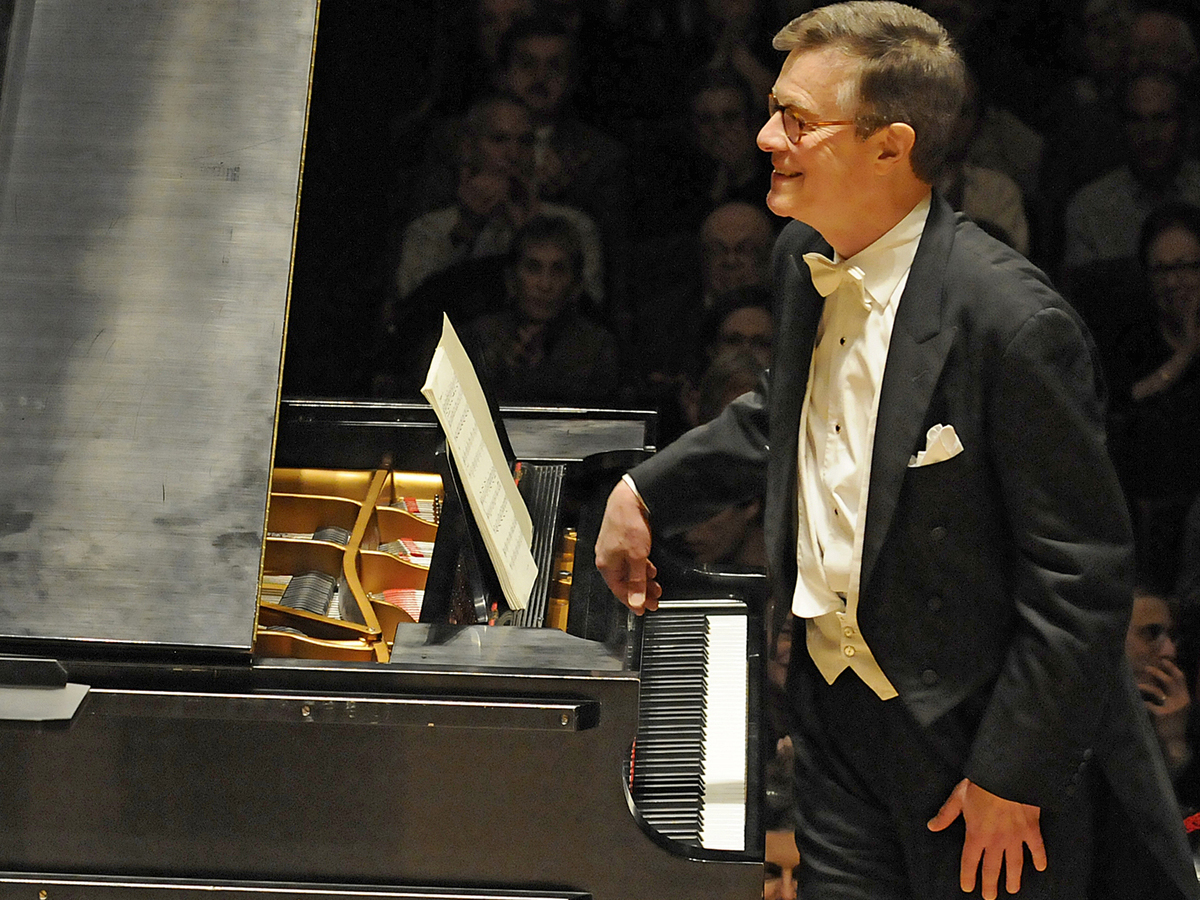 Pianist Peter Serkin, in concert with the Boston Symphony Orchestra in 2012.

Peter Serkin, a pianist who navigated a distinctive course through classical music with thoughtful interpretations of both standard repertoire and bracing new compositions, died Saturday morning at his home in Red Hook, N.Y. at age 72.

The cause of death, announced by his family, was pancreatic cancer.

Serkin came from a prestigious family of musicians. His father, the celebrated pianist Rudolf Serkin, and his maternal grandfather, the violinist and conductor Adolf Busch, embodied old-world traditions — to reverential acclaim.

But Serkin crafted a singularly new-world approach to his career. In his early 20s, disillusioned with the pressures of lineage and tradition, Serkin dropped out from performing altogether, traveling to Asia and listening to albums by the Grateful Dead. After he returned, Serkin co-founded the chamber group Tashi in 1973 (with cellist Fred Sherry, violinist Ida Kavafian and clarinetist Richard Stoltzman), which championed new music and often performed in African-style garments.

Pulitzer-winning critic and USC professor Tim Page thinks of Serkin as something of a rebel. "He might have been likened to Rudyard Kipling's 'The Cat That Walked by Himself,' " Page tells NPR. "He chose fairly early on to explore music in his own way. He augmented his crystalline Mozart and Beethoven performances with contemporary music by Peter Lieberson, Toru Takemitsu and — especially — Olivier Messiaen." Page adds that Tashi made Messiaen's lengthy, meditative Quartet for the End of Time a calling card, performing the piece in concert halls and rock clubs, "helping turn the work into a warhorse."

In a 2012 interview with the Mercury News, Serkin said his penchant for contemporary music was a constant. "I've always been very interested in music that's being written today and in recent music," he told the paper. "That was true even as a child, when that was somewhat discouraged. But it was just a component in me somehow — inquisitive."

Serkin was born in Manhattan on July 24, 1947 and was given the middle name Adolf, after his grandfather. At age 11, he enrolled in the Curtis Institute of Music in Philadelphia and studied with the legendary Polish-American pianist Mieczyslaw Horszowski. By age 12, Serkin was playing concertos at the Marlboro Festival in Vermont, chamber music in New York and in Cleveland with his father in Mozart's Double Concerto.

In the early '70s, Serkin recorded two albums from seemingly opposite poles: a set of Mozart Piano Concertos and Messiaen's Vingt Regards sur l'enfant-Jésus, a two-hour set of solo pieces spanning extremes of emotion and virtuosity. Both recordings were nominated for Grammy awards, and together signaled his way forward in terms of embracing contemporary music and standard repertoire.

Serkin's love for new music resulted in new works, written for him by a wide swath of contemporary composers, from Toru Takemitsu and Luciano Berio to Oliver Knussen and Bright Sheng. He played entire recitals of works he alone had commissioned.

Later, Serkin became a sympathetic teacher, holding posts at the Mannes School in New York, at the Tanglewood Music Institute, at Bard College and at the Juilliard School, where pianist Simone Dinnerstein was one of his pupils.

"The most important lesson I took from my studies with Peter Serkin was that he didn't think there was one answer to the question of how to interpret a score," Dinnerstein tells NPR. "He was thoughtful and questioning and didn't rely on received wisdom. The lessons were investigations into the music that we made together, and by doing that he taught me how to be an independent thinker, and to be brave about following the path wherever the music led me."

Serkin's performances have been described as coming from both the head and the heart. Dinnerstein says he rarely played it safe. "I loved the inventiveness and varied nature of Peter's playing. Nothing was ever even, everything was vibrant and alive." His recording of the Brahms First Piano Concerto, with the Atlanta Symphony Orchestra, she says is prized for its "intimate and touching" second movement.

The last performance Serkin gave was with the Cincinnati Symphony, performing Igor Stravinsky's Concerto for Piano and Winds on March 1, 2019.

Page says Serkin's playing was always thoughtful. "He had lyricism and technique to burn, but both were invariably put to the service of a keen intelligence; there was never anything showy or ostentatious about his playing."

"His self-effacing, warm personality," Page adds, "was attested to by all who worked with him. He was not only revered and respected — he was loved."