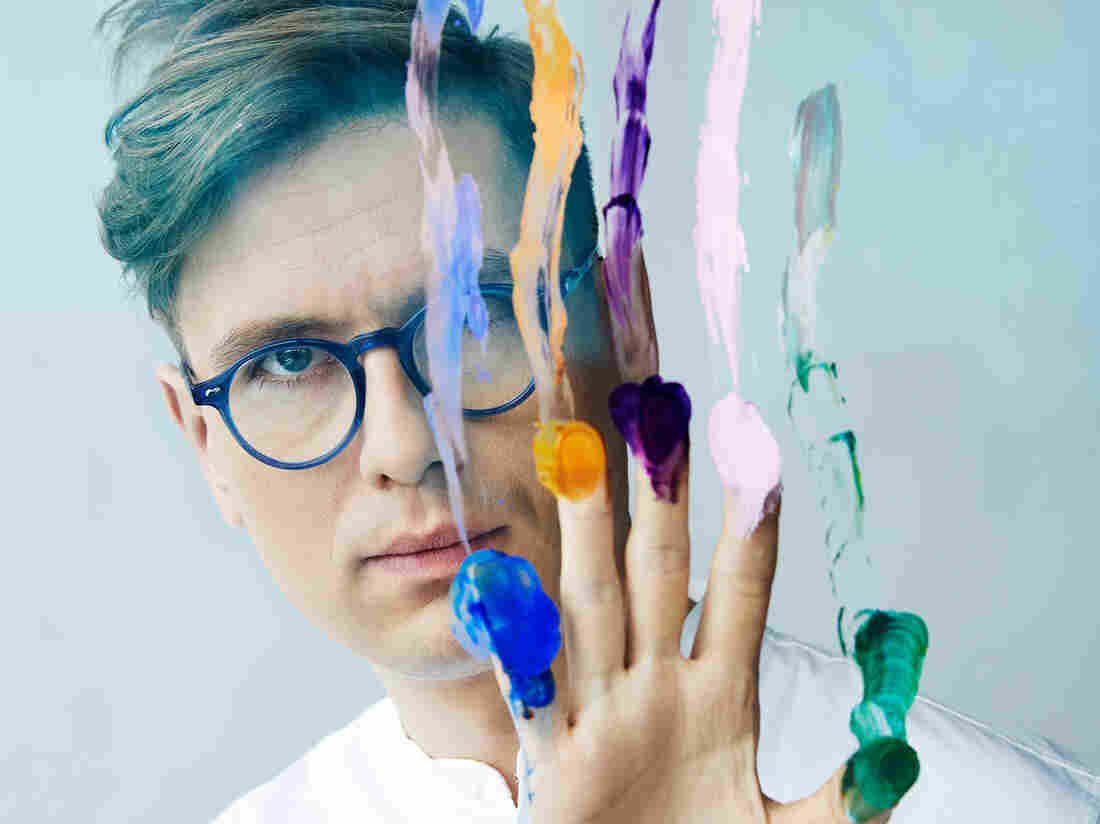 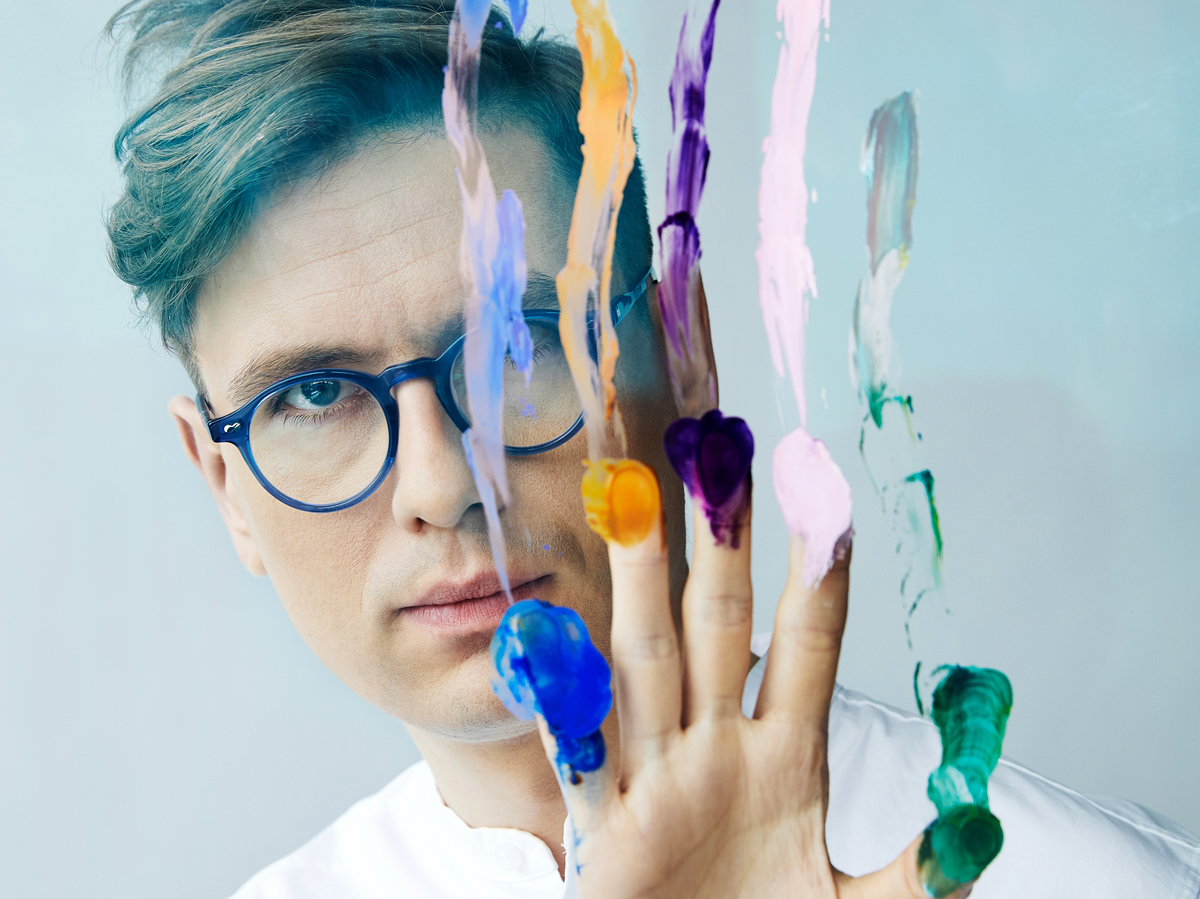 Pianist Víkingur Ólafsson says he thinks of the composers on his new album, Debussy – Rameau, as "painters in sound."

When Víkingur Ólafsson was about 5 years old, he already knew what he wanted to be. "It sounds crazy, but I always saw myself as a concert pianist," he says. "Even if I wasn't a good pianist."

The Icelandic musician, who turned 36 last month, has become a very good pianist indeed. Whether playing baroque or contemporary music, Ólafsson's technique is formidable, but it's transparency combined with warmth that has defined his singular sound. He is sought after by the world's top orchestras and concert venues and has signed on with the swanky Deutsche Grammophon record label. After well-received albums of Philip Glass and J.S. Bach, his latest album, Debussy – Rameau, was released March 27.

The recording unfolds almost like a classical mixtape, with Ólafsson juxtaposing tracks by two French composers, born almost two centuries apart, who both broke new ground in music. The pianist says he tried to create a conversation between Jean-Philippe Rameau, the baroque master who literally wrote the book on French harmony, and Claude Debussy, who, straddling the 19th and 20th centuries, absorbed those theories and then, as Ólafsson says, "threw them out the window."

Over the phone from his home in Reykjavík, the young pianist spoke with NPR about the effects of the coronavirus pandemic on his relationship to music, the idea of Debussy as a "bank robber" and why he has been dubbed "Iceland's Glenn Gould."

Tom Huizenga: Since it's foremost on everyone's mind, I have to ask you how the current pandemic is affecting your day-to-day life as a musician.

Víkingur Ólafsson: For the world, it's a great tragedy. On another level, I think it also makes us realize that things are not to be taken for granted and that things can change very suddenly. In terms of me personally, I'm not going to bore you with all the concerts that have been canceled. I'm blessed to have a situation where I'll be OK. You know, if we're canceling everything for this entire year, yes, I will have to get another job somehow. And it's interesting to almost feel like you're unemployed. But I'm so grateful for having music still in my home, to have all these scores and to have the freedom and the time to sight-read and go into any sort of direction, just trying to surprise myself with the choices.

I've heard that you are a fan of the television series BoJack Horseman. Have you been rewatching it?

Yeah, actually, BoJack has really been a source of delight for me. But honestly, my entire time has gone into preparing for the new release that's coming out. Also on a personal level, I've had time to spend with my son, who is almost 1 year old.

The new album is simply titled Debussy – Rameau, and on it you juxtapose the music of two French composers born almost 200 years apart. How did you come to unite these two specific composers?

I was actually in a creative off-time, waiting for the birth of my son, so I had a lot of free time on my hands. That's when I decided to play through the entire keyboard works of Jean-Philippe Rameau. I found things I could not believe in terms of the quality and the scope of the expression: I would say about five to 10 of the [compositions] are things keyboard aficionados will know, but so many of them are under-performed and equally wonderful, if not more wonderful, than the famous pieces. In many ways, Rameau was so ahead of his time. The way he wrote for the instrument and the way he could perceive music, he does things that we have to wait another 150 years to see re-occurring in music history.

And I found traces of Rameau in Debussy; there was a direct link. I started to think, why don't I just do a program which sort of turns to these two guys into contemporaries? Can I make them into musical friends and create a dialogue that might show Rameau in a futuristic light, and find Debussy's deep roots in the French Baroque, and show him as much more than just this kind of hazy, impressionistic composer of space and sonority?

In an essay you wrote for the album, you say you think of the recording as a kind of a conversation between the two composers.

I tried to do it on the album, to imagine it musically. I am trying to find, in a way, a bridge between the last note of a Rameau piece and the beginning notes of a Debussy piece.

I wonder what you think they might say to each other if they really could communicate.

Debussy worked as a music journalist and as a music critic into his 40s, and he wrote about a performance of Rameau he saw in Paris. He wrote, "Rameau seems to be our contemporary." And I thought it was so beautiful. But of course, if you do put two people like that, two Frenchmen who are relentlessly individual, together in the same room, either they become best friends or worst enemies. They were the kind of guys who wanted to find their own questions and seek their own answers. They didn't take things for granted. So I have a feeling that there would have been a very strong link between them.

Between the two composers, there are 28 tracks on the album. Is there a kind of call and response between the pieces as you've sequenced them?

I could give you 15 or 20 examples, but let's take one obvious one: the D minor suite of Rameau. I've actually put a Debussy Prelude inside the middle of the suite, just like a little insert into the conversation. Another example is the way we go from the E minor suite of Rameau into Debussy's "Gardens in the Rain," which is a very baroque-written composition. It's a toccata, really, but imbued with Debussy's famously progressive harmonies.

The way the whole album is set up, it's almost like musical theater in two acts. Every piece goes into the next with some sort of tonal connection, so it always feels like a dialogue.

Almost every composer builds on what has come before. What kinds of musical foundations did Rameau lay down that Debussy built on?

It's interesting because you can see Rameau as the father, if you wish, of French harmony. He wrote books about the function of harmony and the way tonal language works. And Debussy certainly knows those books inside out, but then takes those very books and throws them out the window and completely reinvents the tonality of French music. He puts chords into an unexpected and new context, and finds a way to dwell inside chords that earlier composers like Rameau would always have had to resolve.

It's a little bit like, if you want to break into a bank and get away with it, you really have to know the bank from the inside. I see these guys as the two turning points in French music, and in my opinion, perhaps the two greatest French musicians.

Your album cover shows you painting colorful lines on a glass wall, with your fingers dipped in pastel blues and pinks and reds. I sense there's more there than just a nice idea for an album cover — there's the whole idea of color in music.

Yeah, I think these guys are both painters in sound. And of course Debussy is strongly associated with the art movement of impressionism. The idea is that they've painted these incredible scenes into sound. They were great experimentalists.

But the album cover is also more personal than people might realize, because of how you perceive sound yourself.

That's true. I do have this condition called synesthesia, where I associate different pitches with different colors. The pitch of C, the middle C on a piano for instance, would be white for me. One white key above would be the D pitch, which would be brown. The E pitch is green, F pitch is blue, and then G is red and A is yellow, et cetera. I have my very specific sort of system that I think nobody else has — it's mine.

When I was growing up, I thought everyone shared this. And then when I read that it's not the case, I was just totally shocked. So what it means is difficult to explain because this goes deep into the way you perceive music. It doesn't mean that if I play the note E on the piano that I have a green filter coming over my eyes or some nonsense like that. It's just this strong connection between the pitch and the colors.

So, for example, what color is Debussy's "Footprints in the Snow?" I'm curious.

Well, that's very much about the sonority of D, so that's very brown for me, and it's sort of dark brown. Of course, the whole piece is not one sonority, but this piece happens to revolve around that pitch. It's kind of a heavy sonority — a dramatic, tragic sonority.

You were referred to in The New York Times as "Iceland's Glenn Gould." How does that comparison strike you?

Well, it's a game of the 21st century to pretend everyone has to be someone they're not. You always have to find examples from the past. You know, Daniil Trifonov is likened to Vladimir Horowitz. Or I've seen Yuja Wang, countless times, being compared to Martha Argerich. I don't buy into that whole thing, but it always stirs up the conversation, and that's good.

So this Glenn Gould quote from The New York Times — that's actually very interesting because it seems that it really divides people. And in a way, that's what great art should do. Because I do think that art does need instability sometimes. You know, it will be very interesting to see what kind of music will be written in this time of quarantine and the coronavirus. I think, purely musically and artistically speaking, the most interesting results have come from some of the worst and most dangerous periods in human history.

I would imagine that when you dive so deeply into the music of these composers, Rameau and Debussy, that you develop a personal relationship with them. I'm wondering how much of their personality comes out on the record and how much of your personality shines through their music?

It's actually a conversation between all three of us — that's my hope, and that's my belief. I'm not one of those musicians who pretends that there's one truth with music, and that you can find it in the urtext, final edition of the composer. I do think music is something much bigger than that: Everything is in a constant state of flux in music and music interpretation. I don't pretend that the [composers] are reborn through my interpretation. I just think they are still alive anyway.