Accessibility links
Our Daily Breather: Maintaining Sanity During A Pandemic : Deceptive Cadence In Our Daily Breather, we ask writers and artists to recommend ways to find calm in the midst of the COVID-19 crisis. Steve Reich tells NPR Music about his new composition. 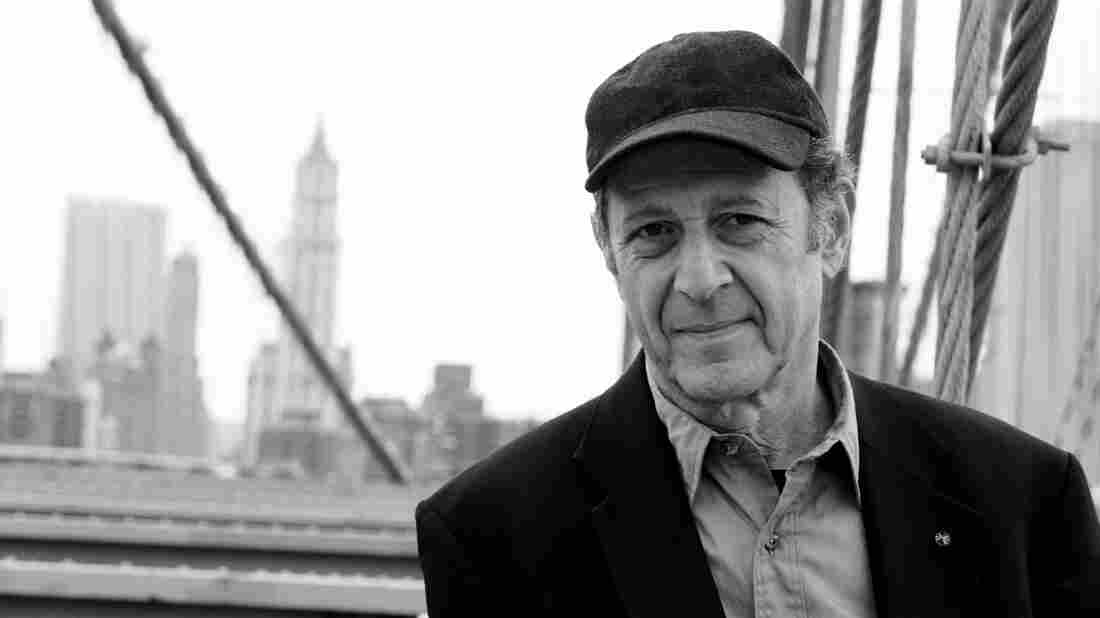 Steve Reich in New York City in 2005. During the coronavirus crisis, the composer has been is Los Angeles, working on a new piece. Jeffrey Herman/Courtesy of the artist hide caption 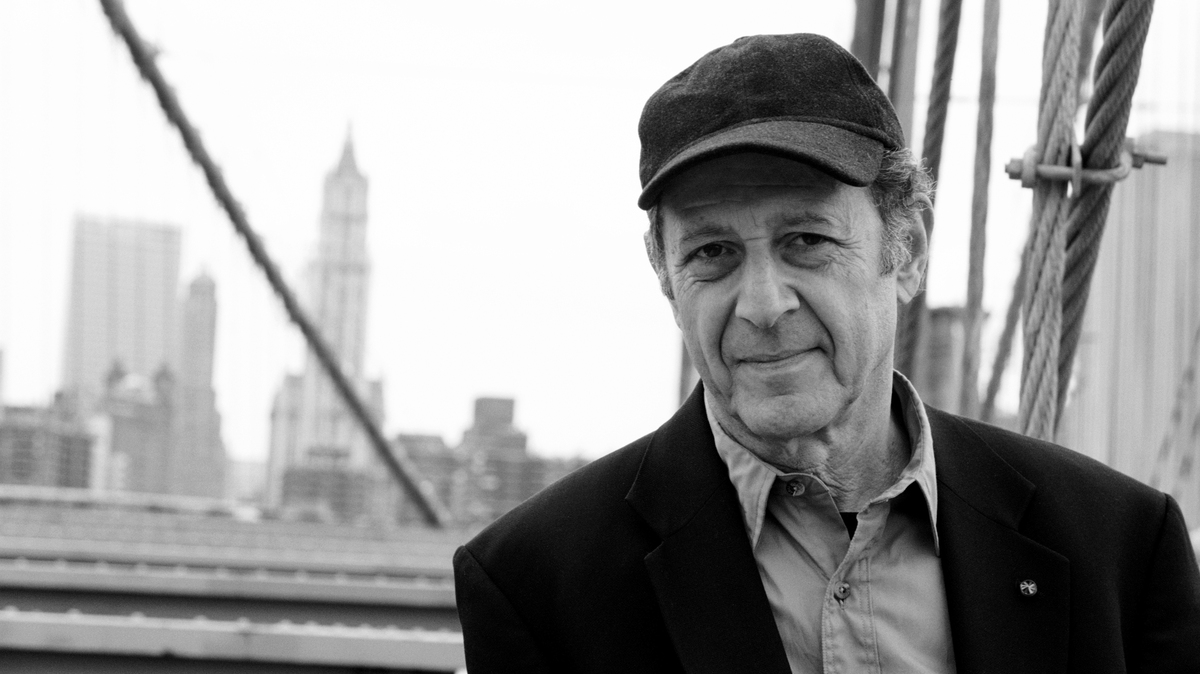 Steve Reich in New York City in 2005. During the coronavirus crisis, the composer has been is Los Angeles, working on a new piece.

Jeffrey Herman/Courtesy of the artist

Our Daily Breather is a series where we ask writers and artists to recommend one thing that's helping them get through the days of isolation during the coronavirus pandemic. NPR Music's Tom Huizenga recently spoke with Pulitzer-winning composer Steve Reich, who has been keeping busy with the solitary act of writing a new piece from his winter getaway in Los Angeles.

(The conversation has been edited for length and clarity.)

Tom Huizenga: How are you doing, personally, since the virus hit? Has it affected you in ways that maybe you didn't expect?

Steve Reich: Well, I'm 83, so I'm following all the guidelines assiduously. My wife is 74 and she's doing the same thing. We come every year to Los Angeles to visit our son, from January to March. The virus hit hard in February and we decided it was a lot safer here than to go back on an airplane.

But it's a very pleasant location. I just came back from a walk in the neighborhood where there's hardly anybody on the street and when they are there, everybody gets out of each other's way without even being asked in a very friendly way. And the weather, of course, is pretty good. We spend too much time ordering groceries online, to avoid having to go shopping. But we find that seems to be becoming more of a routine, too.

Is there something that's sustaining you, keeping you occupied, during your stay in L.A. so far?

I'm always working. This romantic idea that where you are affects what you write, I find that to be completely not the case. And so in this period of time I've been working on what I was working on before I got here: a piece called Traveler's Prayer, which is a piece for four voices, two tenors and two sopranos; eight strings, two string quartets; and one piano and two vibes.

Has anything changed about the fact that you're writing it now during the coronavirus crisis? Is any of that filtering into the music at all?

First off, I was having a discussion with someone in Sweden and he told me that he'd recently seen a cartoon, and the first panel drawing said, "Composer at work," and the second panel said "Composer at work in quarantine." And the two panels were identical. And I think that's the truth. [Laughs.] It's a solitary thing, right?

But I see what you are driving at is the nature of the piece, "Traveler's Prayer." In any traditional Jewish Hebrew prayer book there's a travelers prayer called "wayfarer's prayer" or "traveler's prayer," And it's something you would say getting onto an airplane or taking a longer car trip. I am not using the body of that prayer. But in various prayer books there are additional verses taken either from the Torah or Psalms, that seem appropriate and that are sometimes added, sometimes not, some of which I've been attracted to for years. As a matter of fact, two of three texts appeared in WTC 9/11. So they are things I'm fond of.

Part of the reason for writing the piece is I'm 83 years old. And the travel, of course, can be from New York to California and it can also be from this life to the next, whatever that turns out to be. That was hovering in the back of my mind and was definitely a factor motivating me to do it in the first place. When this all hit, thoughts of mortality are broadcast daily. So that made me feel this piece was, unbeknownst to me, becoming very relevant to the time. But it was not the original [thought]. As very often happens, circumstances will arise unforeseen, and cast a different light on what you're doing.

Now and again, I ask my mother, who's 88, "Are you thinking about crossing over into that next life?" Is that something taking more of your brain space these days?

In terms of specifics, no. Judaism is very adamant about worrying about what's happening here and now. So what I'm concerned about in this piece is really getting it right: getting the music right, getting the setting right, getting the best instrumentation right. All the usual things. Because whatever you've got in mind, if you don't really do a good job on the music, it's all going to fall apart and be irrelevant anyway.

How do you know when it's right? How much of it is intuition?

I would say that if it's right on Monday, but you're scratching your head and Wednesday, you've got a problem. I work slowly. And I listen to things over and over and over again. I am, by far, my worst and most astringent critic. I have more in the trash basket — whether it's in the notebook or in the Mac virtual trash basket — than I do have in the piece.

I think that's a kind of tightrope, too. There are other artists who are too self-critical and sort of strangle themselves. And there are people, also, who believe everything they do is just great and they could do with a little more dose of self-criticism. So it cuts both ways.

Some of your pieces — I'm thinking of Different Trains, WTC 9/11 and Daniel Variations — document a moment in time, a bit of history. Do you think it's the artist's job to observe and report, filtering these moments through music?

I think any composer has one job and one job only: And that's to write the best possible music they can write. Beyond that, they have no obligations whatsoever.

In this particular piece, Traveler's Prayer, there is no audible beat at all.

It's in 2/4 almost all the time. You're not moved to tap your foot at all. When the vibes come in, in second movement only, they're really there more for color and timbre and accent and melodic reinforcement than as timekeepers. So the piece is, let's say, closer to Josquin des Prez than to Igor Stravinsky.

Yes, it is. There's also some technically interesting things that affect the melodic concept. It starts with one tenor, and then there is the second tenor, and then there's some really, really, free, very elongated canons using techniques that I've known about all my life, but hardly ever used: which is, retrograde, conversion and retrograde inversion.

Yeah, imagine that. So that's why I said, closer to Josquin. Which of course Stravinsky, in his latter years, got into that too, via serial music. But this piece does not in any way, shape or form sound like serial music, like Boulez, Stockhausen, etcetera. But it does use these techniques which go back to the Middle Ages. And that has supplied me with melodic variety that I might never have come up with myself. So it's been a real interesting learning experience. A lot of new things in this piece. I think it will surprise — whether it will please or displease, I don't know, but I think it will surprise a lot of people.

Do you have any predictions for down the road, in terms of where live music will be in the next year or two?

I believe that before the virus — and I certainly believe it afterwards — people love to hear and see live musicians playing. Period. The record industry has been destroyed by the computer. That is a fait accompli. But concert sales were doing just fine. Obviously, right now, because of social distancing, concerts are on hold and we're dealing with all kinds of virtual substitutes. And those virtual substitutes will remain, because that's part of our lives. It was beforehand and it's been given a shot in the arm. I hope it will not grow any further than it is right now, but it certainly will be part of the vocabulary. But I think that people in general, all over the world, love to hear, and see, live musicians. I think that is just built into us genetically and that natural impulse will return quite naturally, I hope, in the not-too-distant future.

Steve Reich's Traveler's Prayer will premiere in the fall of 2021. Lincoln Center recently included a video from Reich/Reverberations, its 2016 celebration of Steve Reich, in its Lincoln Center At Home series. You can stream the video on YouTube.