Accessibility links
Leon Fleisher, The Pianist Who Reinvented Himself, Dies At 92 : Deceptive Cadence The beloved pianist was a young lion of his generation until a hand injury forced him to rethink his relationship to music. 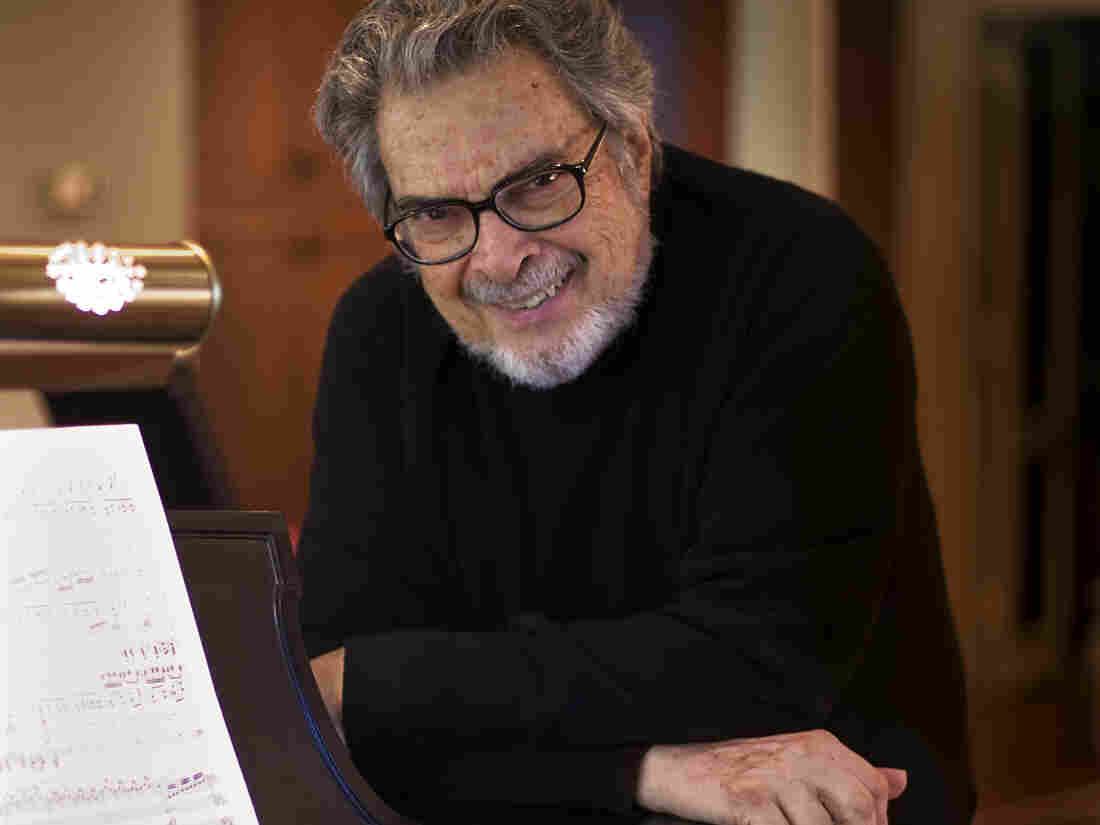 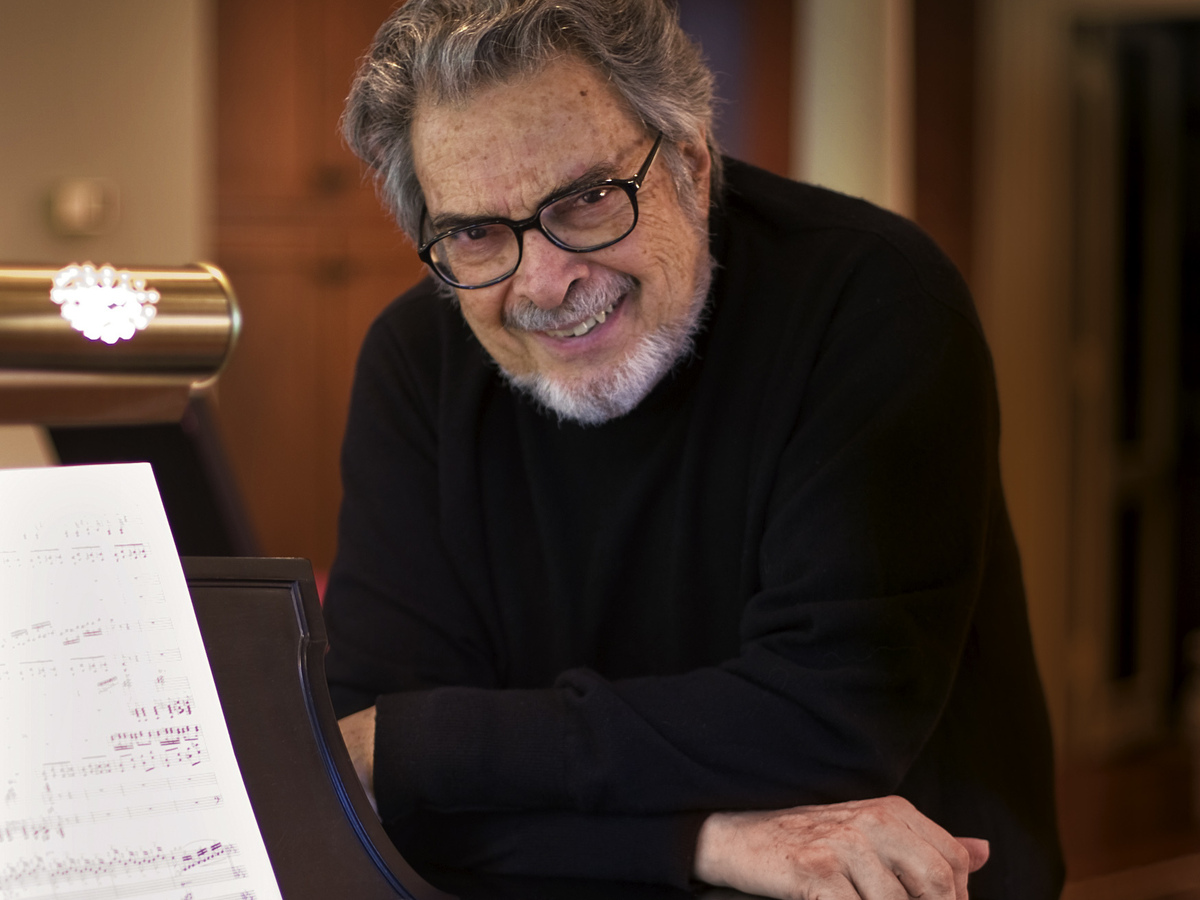 Pianist Leon Fleisher eventually resumed playing with both hands after an injury sidelined him at age 36.

Chris Hartlove/Provided by the artist

One of America's most beloved and resourceful pianists has died. Leon Fleisher was 92 years old. He died of cancer in Baltimore Sunday morning, according to his son, Julian.

The pianist's roller coaster career began with fame, moved to despair and ended in fulfillment.

In his memoir, Fleisher said he couldn't remember a time when he wasn't playing the piano. He gave his first public recital at age eight and was just 16 when he debuted at Carnegie Hall with the New York Philharmonic. Conductor Pierre Monteux called Fleisher the "pianistic find of the century." At 25, he recorded his first album for Columbia Records, a deep dive into music by Franz Schubert that Tim Page, writing for the Washington Post in 1996, called "transcendent."

Page described Fleisher as a pianist who had it all: "a technique that knew no difficulties, a bejeweled and expressive tone, a sure intellectual command of musical form, and an acute sensitivity to whatever he played."

Anne Midgette, who followed Page as the Washington Post's chief classical music critic and who co-authored Fleisher's memoir My Nine Lives, says that the pianist stood out with a certain clarity and "rightness" to the approach and the playing.

"Leon had this kind of Apollonian perfection," Midgette says. "When you hear something that he's playing, you think that is the way it needs to be played. There's just this sense of completion about it."

That was especially true of a series of concerto recordings Fleisher made with conductor George Szell and the Cleveland Orchestra in the 1950s and '60s. "The Brahms First [Piano Concerto] was his signature piece," Midgette says. "It's that sound world of the German speaking composers that it was his heritage." At age 12 Fleisher's parents gave him a recording of the Brahms First, and it would be the piece he'd play at Carnegie Hall four years later.

Fleisher was born in San Francisco July 23, 1928. He took over the family piano at age four when it became obvious to his parents that he possessed significant talent. By nine, he was off to Europe to study with the legendary pianist Artur Schnabel, whose teacher's teacher was Beethoven.

At 23, Fleisher became the first American to win the Queen Elisabeth Piano Competition in Brussels. His mastery of the instrument led to a golden career, but it all came to a surprising halt when he was only 36.

Fleisher was slated to tour the Soviet Union with conductor Szell and the Cleveland Orchestra, but the fourth and fifth fingers on his right hand were beginning to mysteriously curl under. He couldn't control them. He was dismissed from the tour, began cancelling performances and, as he told NPR in 2000, slipped into a "deep funk and despair."

"The gods know how they hurl their thunderbolts," Fleisher said. "Having spent 36, 37 years of playing two hands and then to have it denied was a tremendous blow." Fleisher considered suicide. But he also tried everything to repair his hand, from hypnosis and EST seminars to acupuncture and carpal tunnel surgery.

After about two years of despair, Fleisher was willing to admit to himself that he should begin to look in other directions.

"I suddenly came to the realization that my connection with music was greater than just as a two-handed piano player," he said.

Fleisher increased his teaching, began a conducting career, and focused on performing music written specifically for the left hand only. Much of the repertoire had been composed for pianist Paul Wittgenstein, who lost his right arm in World War I.

"Leon was the first to exhume some of it, and some had been thought lost," Midgette says. But, she adds, "people weren't just paying to see a left-handed pianist. They were paying to see the great Leon Fleisher playing with the left hand." Maurice Ravel's Concerto for the Left hand became Fleisher's new calling card. Leon Kirchner, among other contemporary composers, wrote left-handed music for Fleisher.

One of Fleisher's first attempts to resume playing with both hands (in Baltimore, Sept. 16, 1982). It didn't last.

Although he finally accepted his condition — eventually diagnosed as Focal Dystonia – Fleisher never gave up hope. In the mid-1990s, after a series of deep tissue manipulations known as Rolfing, the control over his fingers slowly began to return. He also began Botox injections, and little by little, Fleisher resumed performing with all ten fingers. In 1996, Page wrote "I would rather listen to Fleisher, even in his current, delicate shape, than to most other pianists now before the public." In 2004, Fleisher released an album simply titled, Two Hands, his first such album in 41 years.

Fleisher never approached his former two-handed glory, but he did make a triumphant return to Carnegie Hall in 2003 and was awarded a Kennedy Center Honor in 2007. His story, Midgette says, is a potent lesson.

"He leaves a legacy about overcoming adversity and about pushing through and finding different ways to express yourself," Midgette says. "That's a really great thing for young musicians to be exposed to."

Young musicians, and all of us.