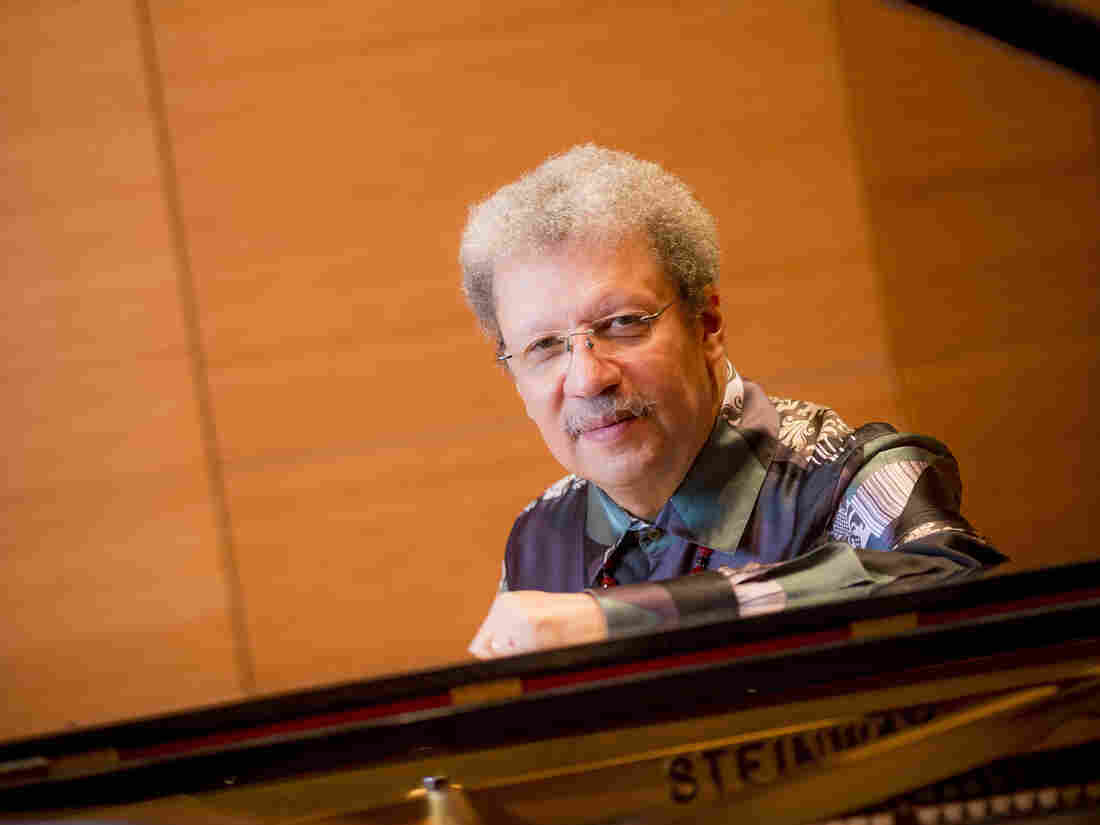 Composer Anthony Davis based You Have the Right to Remain Silent on his own experience with police. Erik Jepsen/Courtesy of the artist hide caption 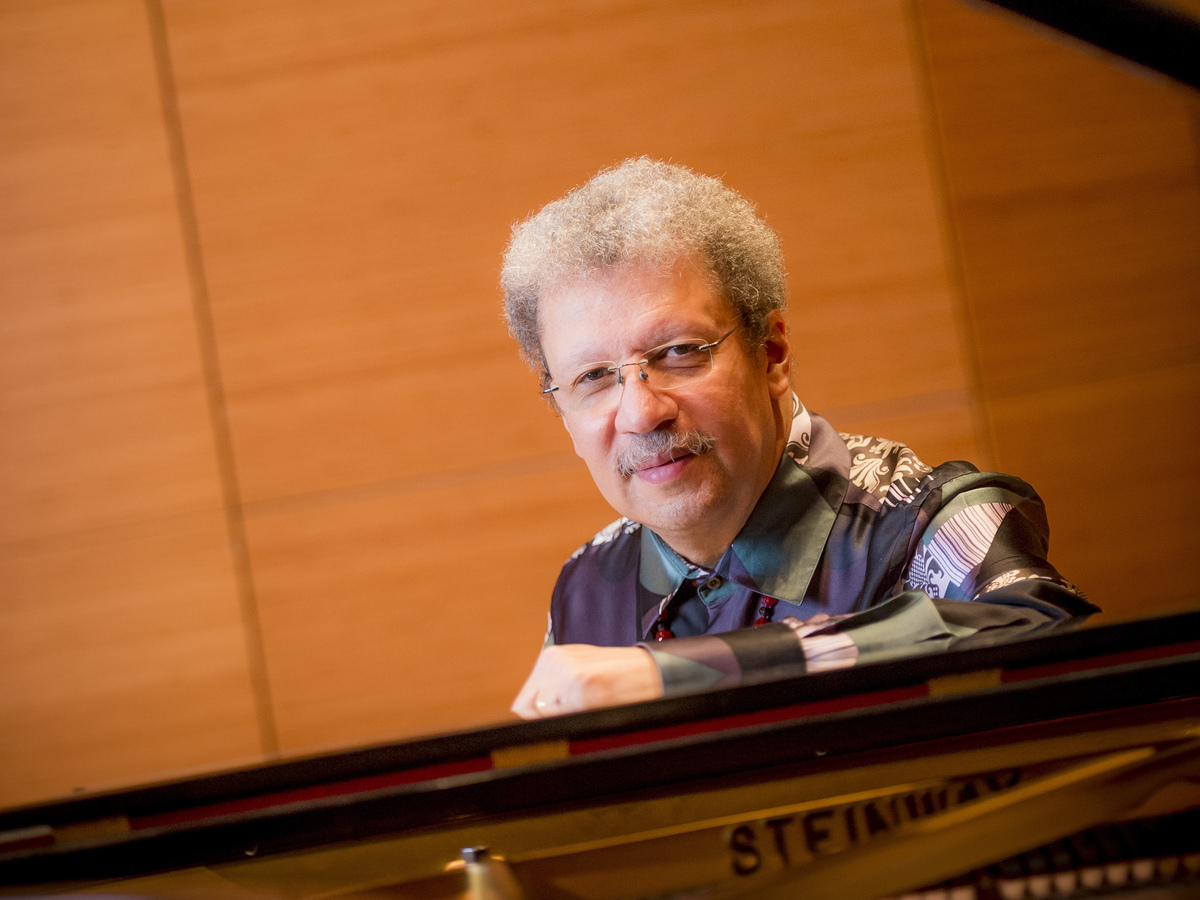 Composer Anthony Davis based You Have the Right to Remain Silent on his own experience with police.

Erik Jepsen/Courtesy of the artist

In the mid-1970s, more than 40 years before he won the Pulitzer Prize for music, pianist and composer Anthony Davis was driving with his wife to Boston for a concert when a police officer pulled them over .

"He had put his siren on when he stopped me," Davis recalls. "And I was going to say, 'Well what is going on? I'm going to be late for my concert.'" His wife looked back at the police car, and told Davis to be careful and not to leave the vehicle — that the officer had his gun drawn.

The couple learned, eventually, that someone matching Davis' description had robbed a bank. "That could have gone left very easily," Davis reflects. "Because mistaken identity is a reality. We've seen what happened recently in Louisville, you know?"

In 2010, when the Miller Theater at Columbia University commissioned Davis to write a new composition, he turned this experience and others into a piece called You Have the Right to Remain Silent. Davis chose a solo instrument to be the heart of the work: "The idea that the orchestra is interrogating the clarinet."

The Cincinnati Symphony Orchestra streamed You Have the Right to Remain Silent in a free concert with other works on Nov. 21. The recorded performance is accessible through Dec. 12, available on the CSO's Facebook, YouTube and at cincinnatisymphony.org.

Anthony McGill, the New York Philharmonic's principal clarinetist, is the soloist in a new, virtual performance of You Have the Right to Remain Silent with the Cincinnati Symphony Orchestra, made available as a free livestream. McGill says that when the pandemic shut down his own orchestra's season, he jumped at the chance to play Davis' work. "I knew right away that it was something that I had to do," he says.

This gig is a kind of homecoming for McGill, who was a member of the Cincinnati Symphony back in in 2001 — when civil unrest erupted in the neighborhood where the orchestra now makes its home, after police shot and killed an unarmed Black teenager. The incident prompted major police reforms. It's also familiar territory for Davis, who won the Pulitzer in 2019 for his opera The Central Park 5, about the wrongful conviction of five teenagers of color for allegedly assaulting a white woman in 1989.

'In The Act Of Living, You're A Revolutionary': Anthony McGill Talks With Lara Downes

Delivering on its title, The Right to Remain Silent weaves the Miranda warning, in rhythmic spoken word, into the music. Music director Louis Langrée says that as he rehearsed the orchestra — socially distanced — on the stage of Music Hall in Cincinnati, he coached the musicians to make the words clear, knowing just about anyone in the audience will know what they mean. "Any citizen will feel ... the tension, the aggressivity, the menace, the power, the mean aspect and the anxiety." 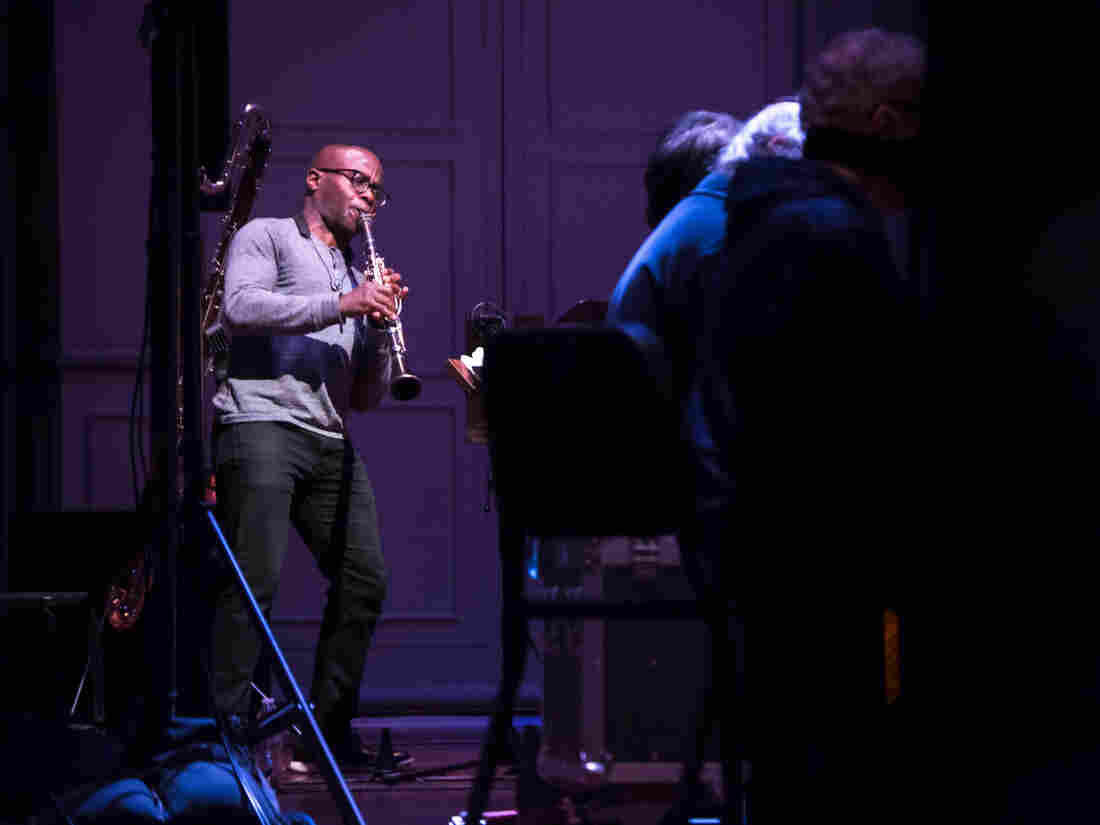 Anthony McGill performs You Have the Right to Remain Silent with the Cincinnati Symphony Orchestra.

Courtesy of the Cincinnati Symphony Orchestra

"[The piece] has a lot of struggle in it. It has beauty. It has improvisation," says McGill, who plays both clarinet and contra-alto clarinet. "It has extended techniques on the clarinet, and it actually incorporates a different clarinet, too, than I ever played. In so many ways, this was like jumping off a cliff."

The improvisation stems from Davis' roots in jazz, and honors one of his heroes — the late bassist, composer and bandleader Charles Mingus, who endured racism throughout much of his career. "I began to think about the emotional consequences of these confrontations, what happens to people," Davis says. "The loss of your freedom, and the loss to families, and the loss to the community. The loss of time."

The recording of the CSO's Nov. 21 performance is available to watch through Dec. 12. Langrée says people need to hear it: "We need strong pieces, powerful pieces, meaningful pieces, which will help us to understand the world and to understand ourselves."