Accessibility links
Does The Fight For A Cursive Comeback Miss The Point? : NPR Ed The real fear among those who study kids and handwriting is not that our schools will stop teaching cursive; it's that students aren't writing enough. 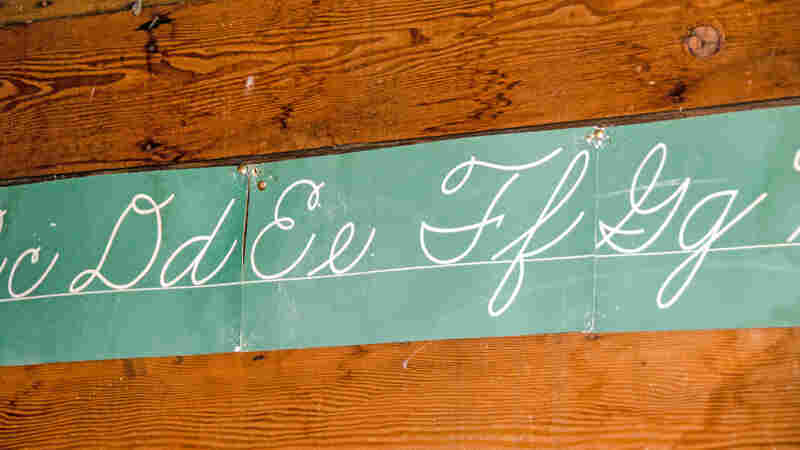 Loops And Swirls: You might have the best cursive handwriting in the land, but your kids probably don't. Does learning to write in cursive help kids' brains grow? Richard Goerg/iStockphoto hide caption 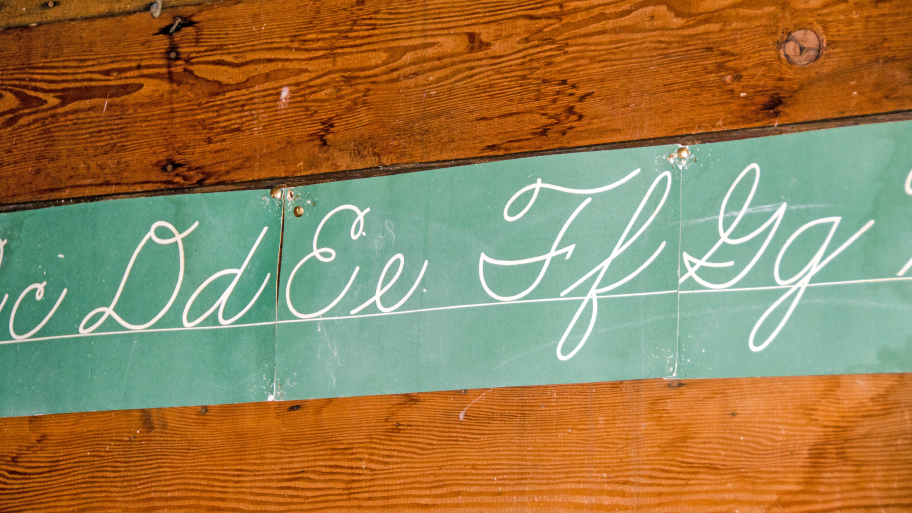 Loops And Swirls: You might have the best cursive handwriting in the land, but your kids probably don't. Does learning to write in cursive help kids' brains grow?

When was the last time you wrote in cursive? Was it a thank-you note for that birthday sweater? Perhaps a check to the baby sitter? The fact is, you may know how to loop and swirl with the best of them, but do your kids or your neighbor's kids know as well?

Across the country, many school districts dropped cursive from their curricula years ago. The new Common Core State Standards now being implemented in most states never mention the word "cursive." Given longhand's waning popularity, lawmakers in several states, including Tennessee, are now trying to legislate a cursive comeback.

The arguments in favor of cursive usually revolve around heritage or tradition. Some parents want their children to be able to read a letter from Grandma as well as our nation's founding documents. Some cursive supporters also invoke science, arguing that learning cursive helps young brains grow more than learning basic printing does.

Professor Amy Bastian, a motor neuroscientist at the Kennedy Krieger Institute at Johns Hopkins University in Baltimore, has dedicated her career to studying how the brain talks to the body. "The more variety of things you do in the fine motor domain, the more variety of hand movements you make, will improve your dexterity," Bastian says.

"It really doesn't matter if it's manuscript or cursive," Graham says. "It is kind of silly, in a way, that you have state legislatures getting all tied up in this."

All of the researchers NPR spoke with agree that cursive is good, but none would argue that it is better or more important than printing. The evidence just isn't there. As long as children are writing in school, it doesn't really matter if the letters curl and connect. So, problem solved. Or is it?

"Imagine a world without handwriting," bellows a deep-voiced narrator. "It's not as far-fetched as it sounds."

So begins a promotional video for a conference geared toward researchers and educators held a few years ago, called "Handwriting in the 21st Century?"

The question mark at the end of the title says it all. The premise of the gathering, according to the video: "Handwriting instruction is in danger of becoming increasingly marginalized."

If the claim is to be believed, that's a bad thing. And lots of reading specialists and academics believe it. It turns out, the real fear among those who study kids and handwriting is not that our schools will stop teaching cursive; it's what Steve Graham of ASU has noticed in recent years: "We don't see much writing going on at all across the school day," Graham says.

What are kids doing instead?

In other words, not enough good old-fashioned composition and too much choosing among (A) This, (B) That or (C) All of the above. Some of those fighting to keep cursive in schools argue that computers are the enemy. Instead of writing, kids are typing on the keyboard, they say. But there are two problems with that argument.

First, many researchers say that learning to type is a good thing. And second: "Schools are not teaching keyboarding," says Virginia Berninger, a professor of educational psychology at the University of Washington.

Berninger is a big champion of both handwriting and typing. She's worried that they have been nudged to the side by crowded state standards.

"In the 21st century, you teach kids to be multilingual by hand," Berninger says.

The new Common Core State Standards place considerable emphasis on the importance of composition, which suggests students may be doing more writing as states implement the core. But that means that right now the pressure is on teachers, administrators and textbook writers to make sure students get the time and instruction they need to become fluent writers.

"If we expect kids to develop mastery in anything and develop fluency in anything, they have to be doing it on a regular basis," says Scott Beers, who teaches education at Seattle Pacific University.

That's true not just in kindergarten or first grade, but in grade after grade. Focus on handwriting early and often, experts say, print or cursive or both. Then, as kids' brains develop, gently lay the groundwork for typing.

It's not either-or. It's choice (C) All of the above. The good kind.