Accessibility links
What Exactly Is 'High-Quality' Preschool? : NPR Ed Many educators tout the benefits of preschool, but there's no clear standard for what qualifies as a quality program. Researchers say that when it comes to pre-K, Tulsa, Okla., gets it right.

A day in the life of Nikki Jones' preschool class at Porter Elementary in Tulsa.

For years, President Obama has been a vocal booster of early childhood education. In his past two State of the Union addresses, he has called on Congress to help fund preschool for every child in the country.

Claudio Sanchez reported this audio story in two parts on Morning Edition and All Things Considered. Click the links below to hear the stories.

Who's Getting Preschool Right? Researchers Point To Tulsa

Who's Getting Preschool Right? Researchers Point To Tulsa

"Research shows that one of the best investments we can make in a child's life is high-quality early education," Obama told Congress in January.

The president even put a price tag on his plan: $75 billion over 10 years, he said, would help every state provide preschool to every 4-year-old — to be paid for by raising cigarette taxes by 94 cents a pack.

But just what is quality preschool? It's difficult to debate the merits of early childhood education, and to argue that every child — indeed, the nation as a whole — will benefit from better access to preschool, without first defining what exactly constitutes a "high quality" model.

NPR's new education team set out to unpack those two words and to understand what separates the nation's best preschool programs from the rest. That journey led us to a surprising place: Tulsa, Okla., where the public school system is now a leader in early childhood education.

Interrupting 'A Spiral Of Failure'

The federal government currently spends almost $8 billion a year on preschool programs. States spend billions more, mostly geared toward low-income 4-year-olds. And while state-run programs today reach twice as many kids as they did back in 2002, that's still only 30 percent of all eligible children.

Even so, Obama's $75 billion plan was a nonstarter with Congress. One big argument critics make against spending more on preschool is that the benefits don't last.

Some researchers counter that many kids don't see lasting benefits because early childhood education programs are often underfunded. That can mean poorly trained teachers and a weak curricular patchwork. 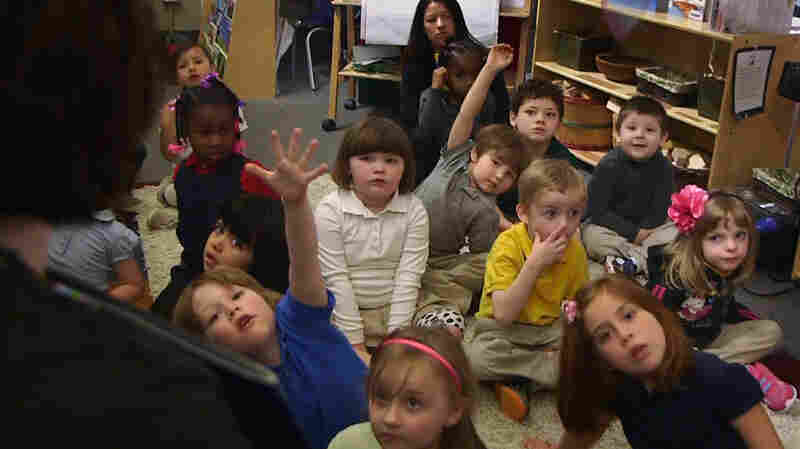 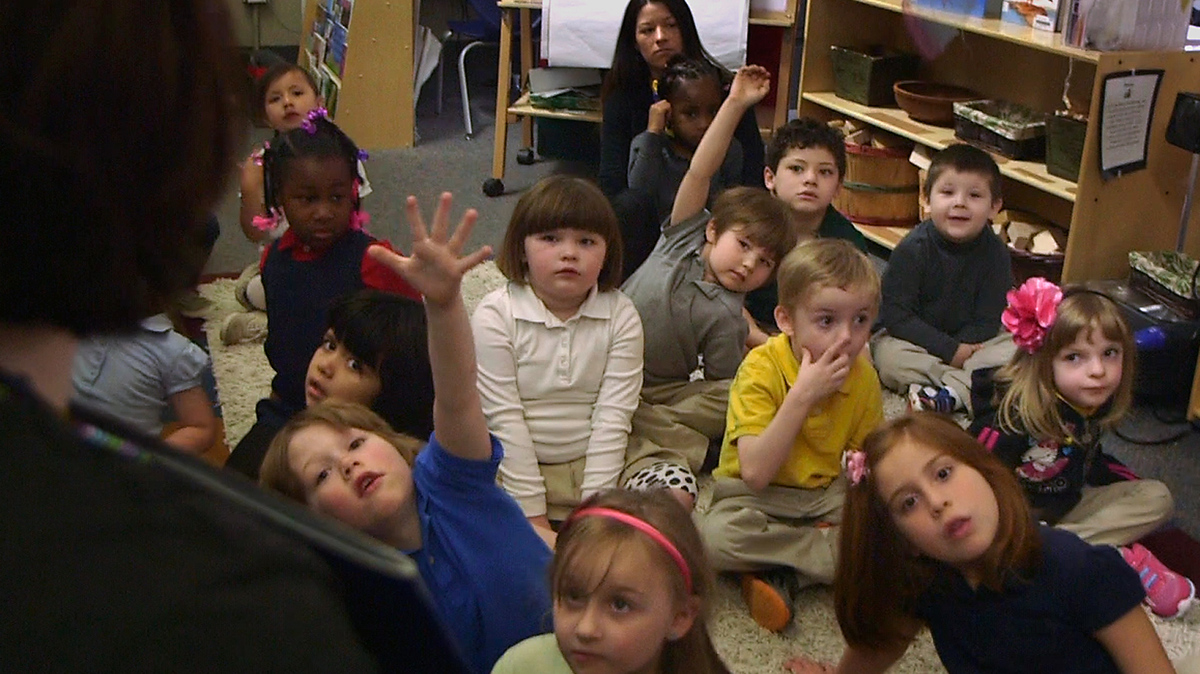 "Those kids are going to be in a spiral of failure," says Steve Barnett, director of the National Institute for Early Education Research at Rutgers University. "And we set that up by not adequately investing before they get to kindergarten."

Barnett says a majority of low-income 4-year-olds are in poor-quality programs. If there is a silver lining, it's that even substandard preschool is better than the more common alternative: none at all. Children who get no preschool start kindergarten already a year or more behind developmentally.

"It's very clear from the research," Barnett says, "that our problems with inequality ... are set when children walk in the school door."

So ... what to do? One answer can be found at Porter Early Childhood Development Center in Tulsa, Okla.

There, each morning begins with the school secretary, Tracy Jones, standing outside as the yellow school buses pull up. She greets the kids as they make the big step down to the curb, some still groggy from their 45-minute ride. Once the last student files past, Jones asks the driver to make sure no one's still aboard, fast asleep in the back. It happens.

Inside, through Porter's sturdy, steel doors, Howard Wible waits in the gymnasium. The principal is an affable, burly man in his late 50s, known to dress up as Winnie the Pooh for special school occasions.

Today, he's happy to lead the children in a few stretching exercises, then a song about the seven continents. From there, the hungry 4-year-olds make their way down the stairs to the cafeteria and breakfast. On the menu today: scrambled eggs, toast, potatoes, milk and cereal. Shovel, chew and repeat ... before it's time to see Ms. Nikki Jones.

Jones, 32, brown hair bobbed at the shoulders and held behind her ears by a pair of upturned reading glasses, has only been teaching for a few years, but she has the classroom presence of a veteran. She's firm yet gentle as she rounds up her 20 kids and sits them down on a thick, shaggy rug. It's time for one of the day's first and most important rituals: morning storytelling.

It's 10 a.m., and instead of reading to the kids herself, Ms. Jones has brought in a kindergartner from down the hall to read aloud. All eyes turn to 5-year-old Madison as she makes her way confidently, sentence by sentence, through Dr. Seuss' The Foot Book. Madison is a hit. The kids watch her, cross-legged and enraptured. When she finishes, Jones leads the class in a thank you "Hip Hip Hooray!" 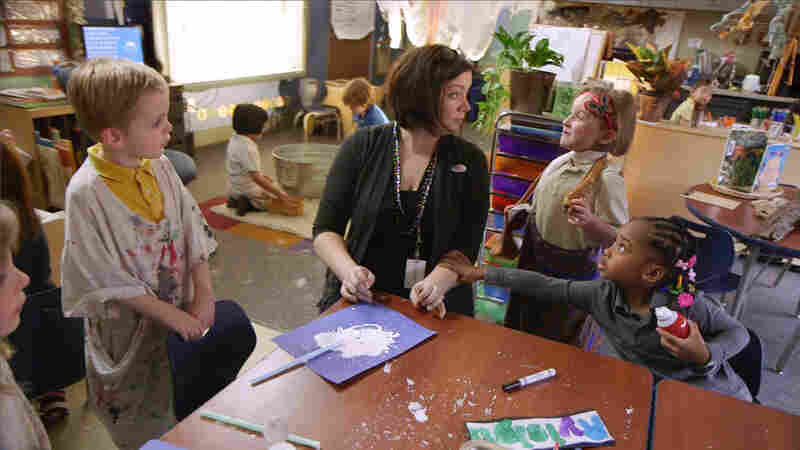 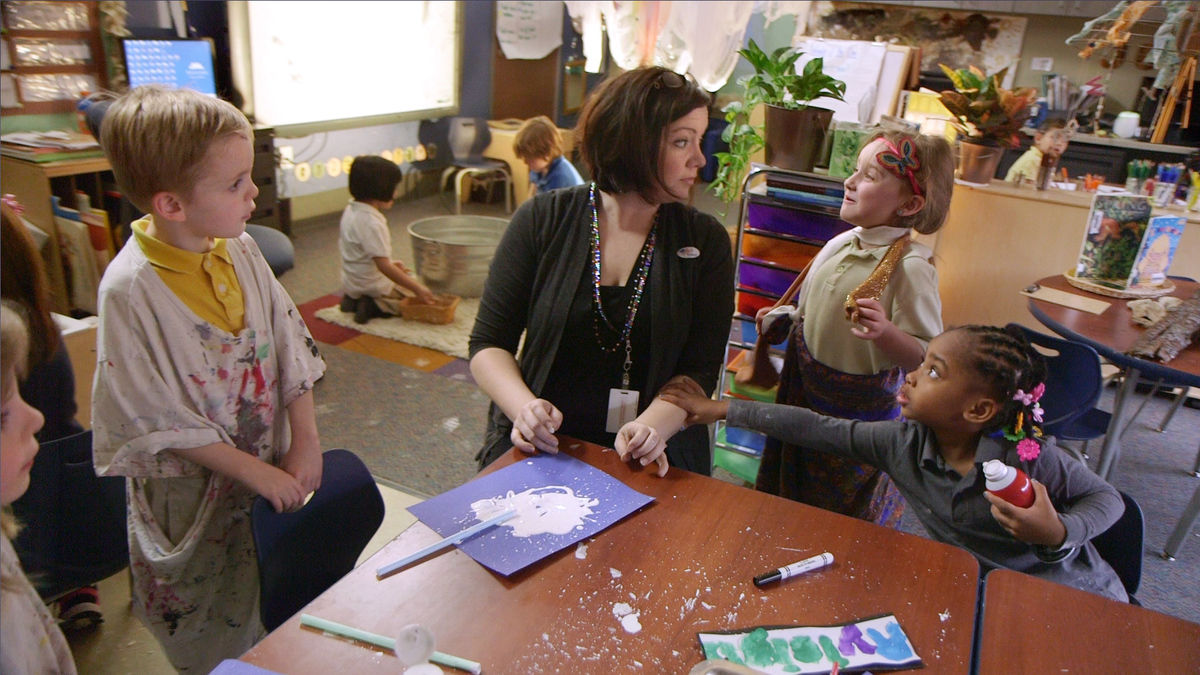 Tulsa requires its pre-K teachers to hold at least a bachelor's degree. Nikki Jones is just a few credits shy of her master's.

Now, the play begins. The class disperses to various stations of their choosing: a cluster of computers, a tiny kitchen tucked into the corner or an art center known affectionately as "the fort." For Jones, play should be the beating heart of a child's preschool experience.

"I try to have an hour-and-a-half to two hours of uninterrupted play," she says. "The play is open-ended, so we put out objects that aren't task-oriented. That way they aren't limited to what they can do with them. It builds problem-solving, imagination ... creativity."

The results are all around the room, hanging from the ceiling and stuck to the walls: square cows, a snowman with rabbit ears, lots of stick figures (hearts and squiggly lines really). And the children are encouraged to roam freely, from one experience to another. All the while, Jones keeps a watchful eye, assessing everything they do: their vocabulary, their familiarity with numbers ... even how they resolve disputes.

"They're having to collaborate," Jones says, "and to collaborate during a phase when they're still very egocentric and all about themselves."

The Role Of The Teacher

The role of the teacher in all of this, researchers say, is the foundation of a high-quality preschool program. Deborah Phillips, a developmental psychologist and professor at Georgetown University, has devoted her entire career to studying early childhood education.

"What you're going to look for," Phillips says, "is a teacher who knows how to instruct children in pre-math, pre-literacy, who gets down on the child's level when talking to them, who's respectful towards them."

Phillips was the lead researcher in an exhaustive study of the Tulsa program. For seven months, she and her team observed teachers in dozens of classrooms across the city, and found four pillars of quality.

First, as is clear within minutes of setting foot in Nikki Jones' classroom, the city employs a rich curriculum that doesn't just include play — it revolves around play. Second, the program is well-funded. Tulsa spends about $7,500 per child per year. Third, the teacher-student ratio is balanced: one teacher for every 10 kids. And fourth, all teachers are highly qualified.

Take Jones, for example. She is just a few credits shy of her master's degree and has already been accepted into a doctorate program. Tulsa requires at least a bachelor's degree of its preschool teachers. They must also be fully certified in early childhood education. And, once they're hired, they receive still more training — monthly. 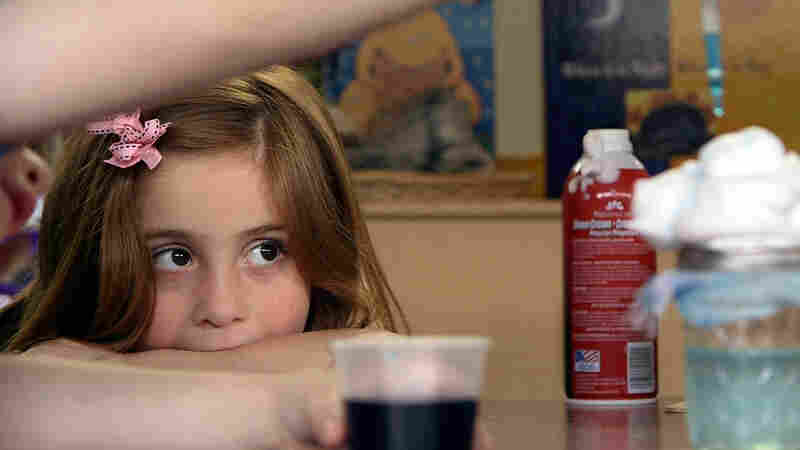 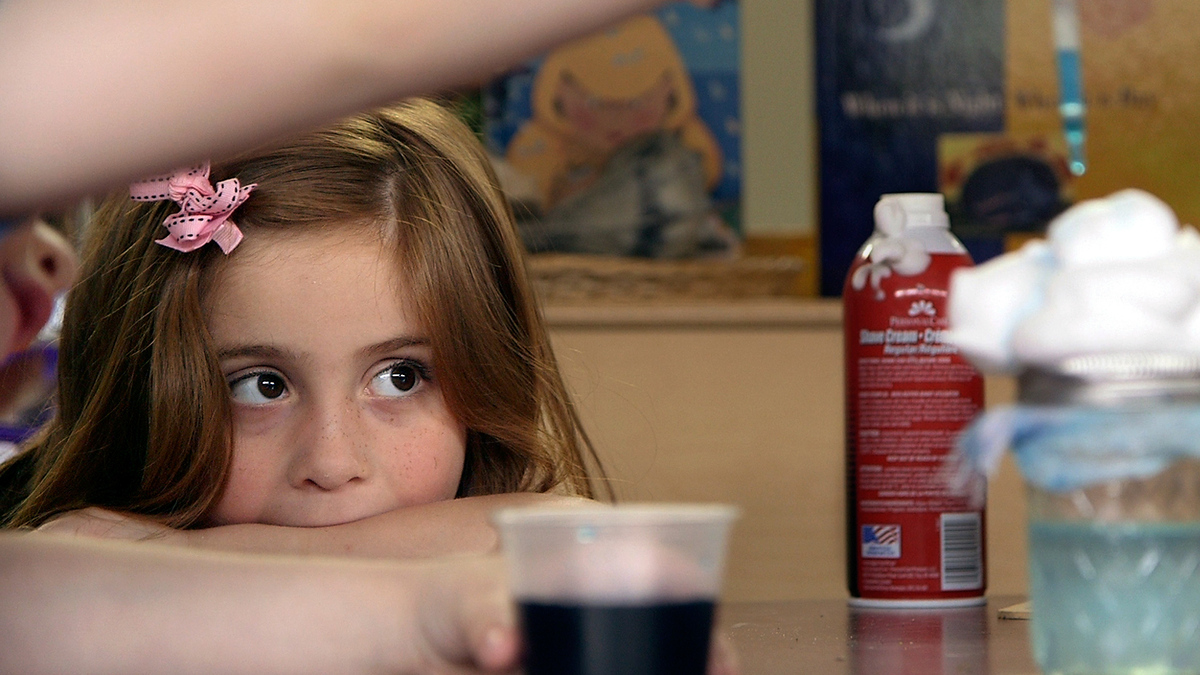 As a result, Nikki Jones arrives each morning brimming with ideas and strategies rooted in research and good pedagogy. Indeed, what looks like an art project with acorns, pine cones, glass beads and a film projector is also a stealth math lesson. Jones says her kids love to count, add and subtract with little or no direct instruction.

A Link To Parents

But does this kind of program have lasting benefits? That's one of the arguments now being used against increased funding for preschool: that the benefits fade as kids move through elementary school.

Not so, says researcher Deborah Phillips — not in Tulsa. She found evidence of lasting impacts there, at least through third grade.

"The children who went through Tulsa pre-K, compared to those who didn't, are doing better in math," Phillips says. "That's especially true for boys and lower-income children."

Nikki Jones says preschool is all about building that lasting foundation — though it's not easy for most 4-year-olds.

"You're asking kids to do things they've never done before. They've never been in school before, never raised their hand and stood up and given an answer before. So it's scary to them."

They're scared to fail, Jones says. Because many of these kids have seen failure. Many of Jones' students are growing up with just one parent in Tulsa's toughest neighborhoods, poverty and failure all around them. And she says part of her job, as a teacher, is to establish a direct line of communication with whoever is looking after her students when they're not in her classroom.

"Without the family connection, we wouldn't know if so-and-so didn't have dinner or if so-and-so's mom got put in jail last night. Because parents aren't going to tell you that if they don't trust you," she says.

Georgetown's Deborah Phillips agrees — and takes things a step further. She argues that a high-quality preschool teacher does many of the things parents are supposed to do.

And if they get that, Phillips adds, "they're motivated. They love school. We're setting children along a much sturdier, promising pathway into their futures."

That's what Tulsa's preschool program is doing, says Phillips, and why she argues that it's a model for the nation.

And, with some 30 states now expanding their preschool offerings, someday soon Tulsa could be the rule, not the exception.