Accessibility links
The 25 Most Promising Graduation Speeches Of The Year : NPR Ed Cristina Negrut has read more than 1,000 commencement speeches over the past eight years. She lists the speeches she's most looking forward to in this year's roster.

The 25 Most Promising Graduation Speeches Of The Year

The 25 Most Promising Graduation Speeches Of The Year 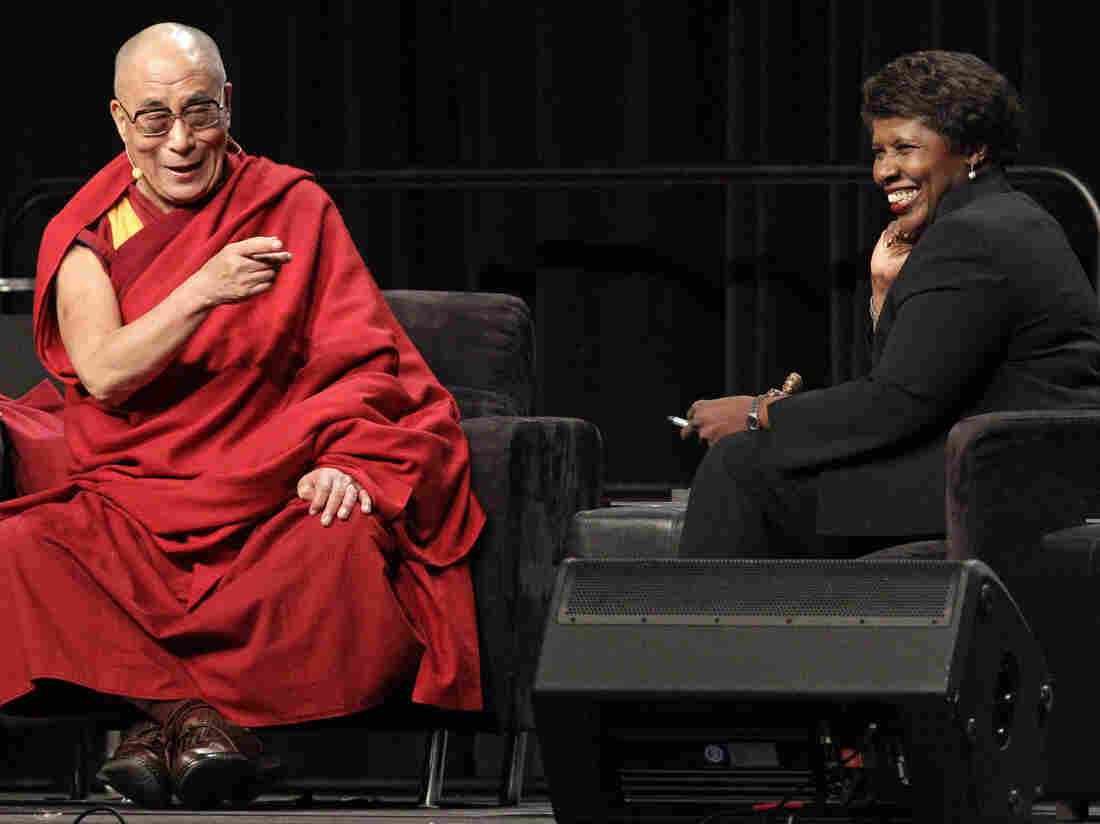 The Dalai Lama answers questions from moderator Gwen Ifill in 2010. Ifill's speech this year is one of Cristina Negrut's most anticipated. The Dalai Lama's speech in 2013 was one of our faves. Al Behrman/AP hide caption 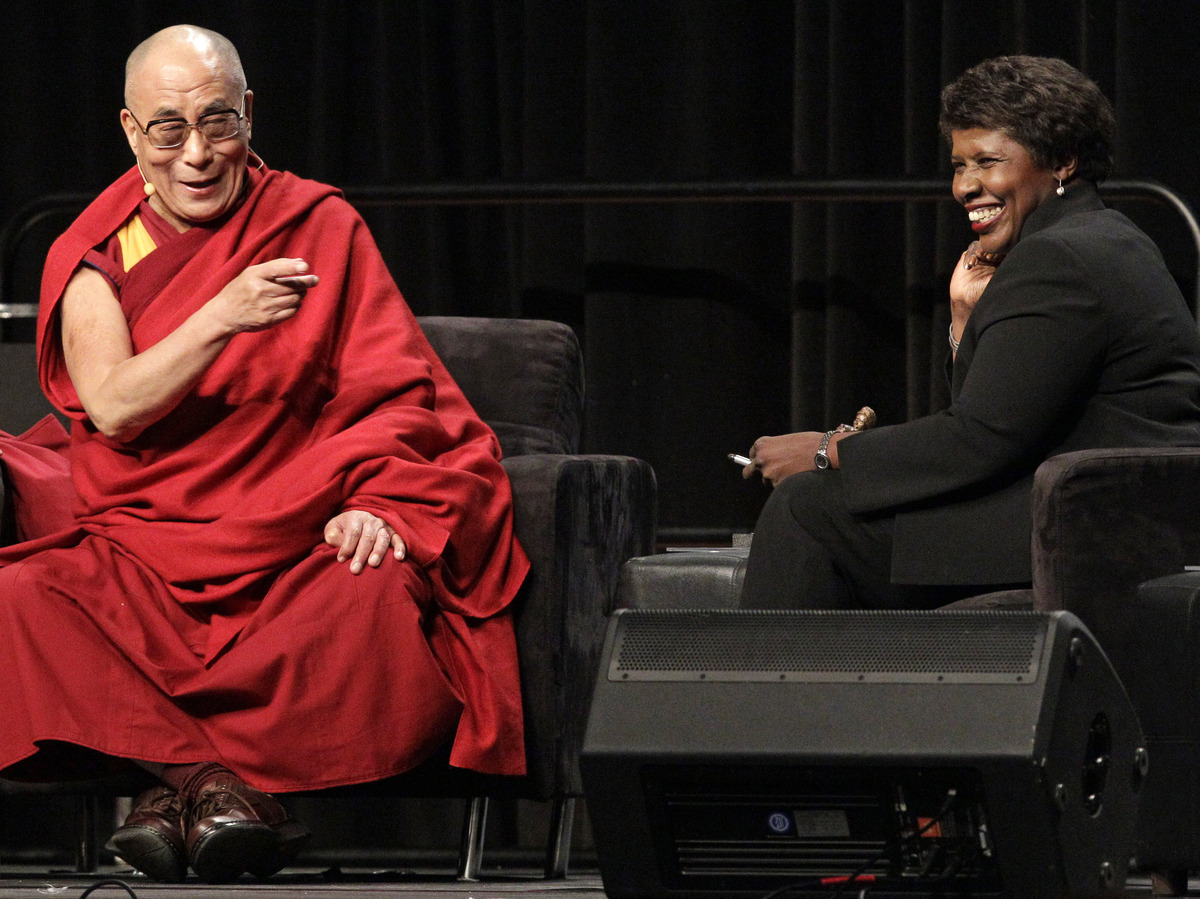 The Dalai Lama answers questions from moderator Gwen Ifill in 2010. Ifill's speech this year is one of Cristina Negrut's most anticipated. The Dalai Lama's speech in 2013 was one of our faves.

Every year, for the past eight years, I've read hundreds and hundreds of graduation speeches, all told more than 1,000.

My fascination with commencement speeches started back in 2005. I was spellbound by outstanding talks from David Foster Wallace and Steve Jobs. I soon discovered more examples by remarkable — yet not necessarily famous — graduation speakers, such as professor Mark Lewis and historian John Walsh. With my graduate coursework on the intricacies of collections and the art of archiving, there was really no turning back; these speeches became the foundation of Graduation Wisdom, my collection of inspirational commencement speeches and graduation quotes.

This season looks as promising as ever. Facing audiences ready to equally praise or blast their speeches on social media, today's speakers certainly have more pressure on them to put in the time to prepare a solid speech. Of the publicly announced speakers to date, I'm particularly looking forward to the following 25, which I've grouped under quirky but time-tested categories.

If past achievements in graduation speaking are any predictor of future performance, these speakers are set to do great. They each have given amazing speeches in the past. Can they do it again? 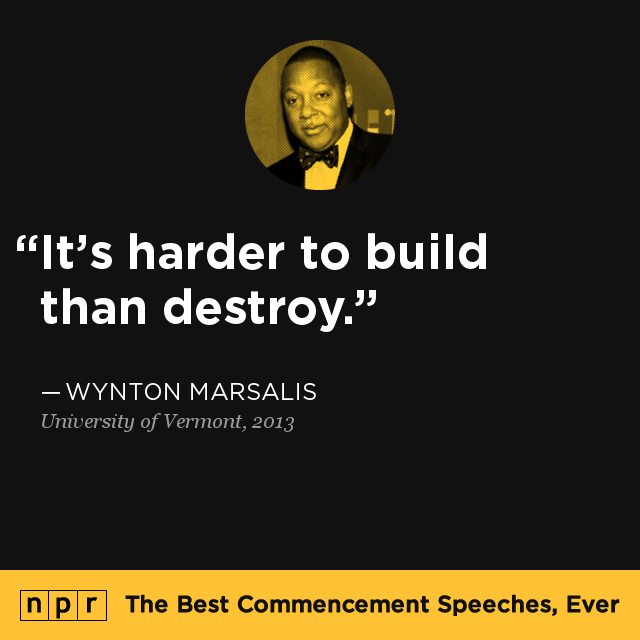 Enlarge this image
The Best Commencement Speeches, Ever 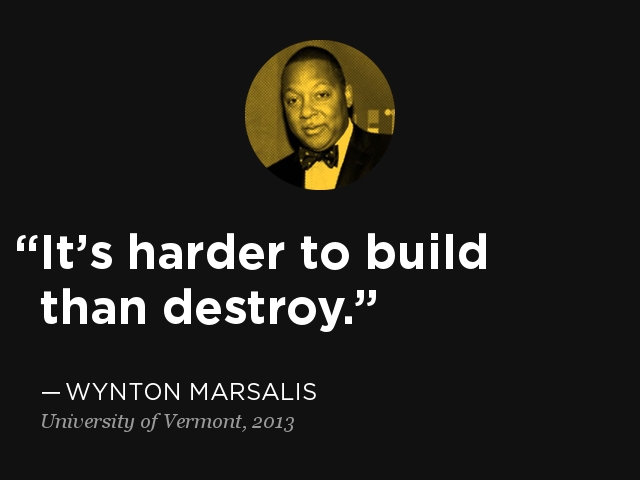 Katie Couric, journalist and television personality — Trinity College, May 18. Of her many graduation speeches, my favorite is her 2007 address at Williams College — "Simple Lessons for a Complicated Time."

Ed Helms, actor (The Office) — Cornell University, May 24. His speech last year at Knox College was one of the best speeches I have ever read. He spoke about fear and how it can be "one of the most valuable and life-informing things you can experience." Make sure you read it.

They can write. They can tell stories. They can sweep us off our feet with their crafted words. And yet, it still amazes me that so few writers and poets (as opposed to, say, politicians) get invited to give commencement addresses.

"The great and curious truth of the human experience is that selflessness is the best thing you can do for yourself."

Funny speeches are best left to the people who entertain for a living. They're not easy to pull off — one must be able to skillfully combine wisdom and laughter. It's a great mix when done right. So far this year, I could only find two potential candidates in this category:

I would not have expected businesspeople to deliver great commencement speeches. Then I spent a good few years working at Stephen M. Ross School of Business at the University of Michigan, listening to the many CEOs who were invited to give lectures. I reveled in their speeches, which were chock full of advice on how to be successful — one of the preferred topics for graduation speeches.

"Cleverness is a gift. Kindness is a choice. Gifts are easy — they're given after all. Choices can be hard."

5. The One And Only: Mass Media

Journalists and media personalities always make a terrific showing in the commencement sweepstakes, and my list is no exception. In many ways, they bring together two categories: they're wordsmiths who can entertain. I can't wait. I am only afraid my expectations are already set too high.

Four speakers: two beloved Buddhist teachers, a record-setting long-distance swimmer, and an inspirational autistic activist and author. I am almost sure their speeches will be worth watching and reading. The graduates are in for a treat.

Mark Lewis, speaking at the University of Texas

Diana Nyad, first person to swim between Cuba and Florida without a shark cage — Middlebury College, May 25.

This is a risky category. Just as one cannot tell for certain whether a movie will be a smash at the box office, one cannot predict how these speeches will fare. Is there potential? Yes. Results? We'll see!

"It doesn't matter that your dream came true if you spent your whole life sleeping."

Jerry Zucker, speaking at the University of Wisconsin

In a second installment, in June, I'll take a look back and see which speeches did indeed fare well. I know there will be plenty of surprises, they always are, but that makes more interesting. Who knows, the best commencement speech might be given to a college or high school near you. I hope you'll let us know!

To explore hundreds of graduation speeches from over the past 240 years, visit our app: "The Best Commencement Speeches, Ever." To see more excerpts and transcripts of Cristina Negrut's favorites, visit GraduationWisdom.com.