Accessibility links
No 'Silver Bullet' For Ending America's Dropout Crisis : NPR Ed A new study on America's dropouts tries something novel, actually spending some time with people who have stopped going to school. 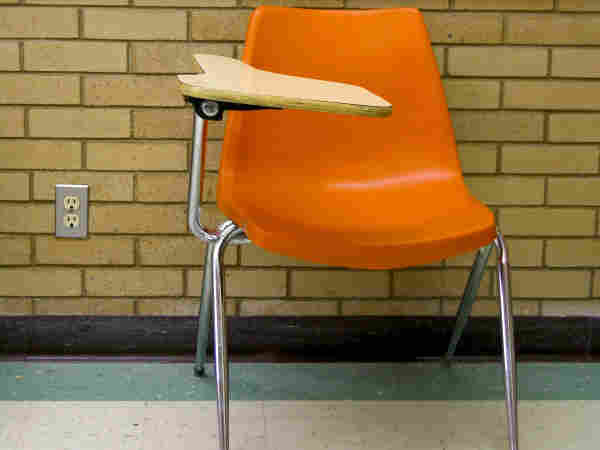 Those who've quit high school say they don't like being called "dropouts." To them, it signals failure. iStockphoto.com hide caption

Students at high schools across the country are wrapping up the school year, finishing special projects and studying for finals. A new study asks why many of them will never graduate. And the report, released today by America's Promise Alliance and the Center for Promise at Tufts University, found no easy answers to the nation's dropout crisis (more on the crisis itself in just a minute).

Indeed, lots of studies have tried — and failed — to explain why kids drop out of school. What Zaff says is different about this one is that his team wasn't just crunching numbers. They listened to the voices of young people, incorporating some 200 in-depth interviews into the study.

"The voice of young people is not always included in the decisions being made about them," he says. "That's particularly true when we see young people who have left schools or disengaged in other ways."

And Zaff insists those voices revealed something that data alone never could. While the nation's dropout rate is alarmingly high, many of the kids who are dropping out have something important in common: they're resilient.

"There's this great strength in these young people. This isn't a story of deficit and deviance. This is a story of hope and strength," he says. "They get out of bed every day under some of the most adverse conditions, and they bounce back time and again."

And, Zaff adds, they don't appreciate the label, "dropout."

"They would say, 'I left school, but I didn't drop out.' For them, it was equating dropping out with failure."

This study also touches on a perennial challenge for educators and ed journalists alike: Why is it so hard to figure out just how many kids are dropping out each year?

For one, each state defines "dropout" differently. In some places, for example, students aren't considered dropouts if they enroll in a GED program. In many states, that's also true of students who leave high school but enroll in night school or some other adult education class.

As tricky as the dropout rate can be, federal data released earlier this year showed the U.S. had reached its highest graduation rate in history, 80 percent. If that number is to be believed, that means far too many kids are still being left behind.