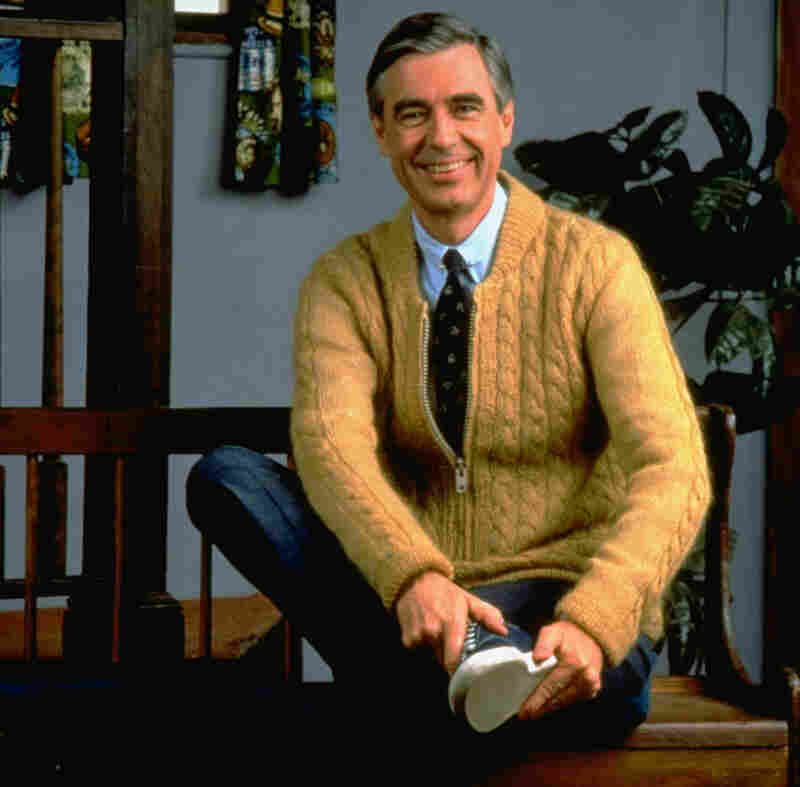 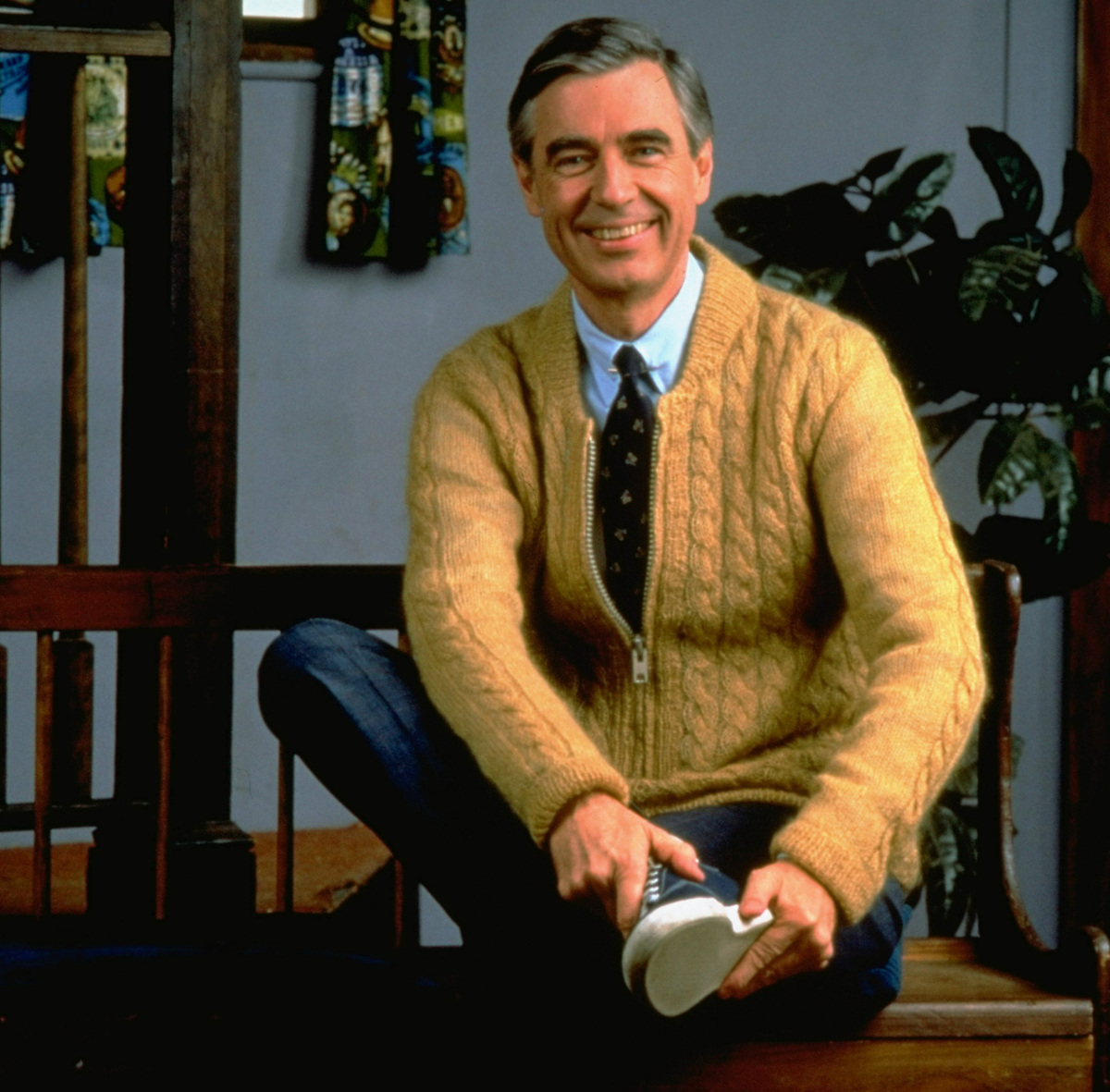 Digital media? Creativity? Early Childhood education? Mr. Rogers was an early champion for trends that are hot in education today.

Fred Rogers — the beloved TV host, Presbyterian minister, puppeteer, composer, organist, best-selling author and cardigan aficionado — died in 2003, but his ideas on education are as relevant as ever.

Mister Rogers' Neighborhood focused on one audience: preschoolers. Rogers dedicated his entire career to the pre-K set. And for good reason. Today, increasing evidence points to the importance of early childhood education. Its impact can be felt decades down the road — in adults' education levels, incomes, even health. That's why several states are moving toward universal, public preschool, and President Obama and Education Secretary Arne Duncan have proposed "Preschool for All."

One big buzzword in education is creativity. And Fred Rogers built his beloved program on a foundation of creative play: hundreds of original songs, puppets, and oh-so-many visits to the Neighborhood of Make-Believe.

Mr. Rogers was in it for the love. "The whole idea," he told CNN in 2003, "is to look at the television camera and present as much love as you possibly could to a person who might feel that he or she needs it." His shows, books and songs were carefully designed to give kids the tools to deal with what he called "the inner drama of childhood" — from sibling rivalry to loneliness, anger and edgier topics like gender identity (as in the song "Everybody's Fancy").

"Fred Rogers pretty much invented [social and emotional learning] as a topic for a show," says Linda Simensky, the vice president of children's programming at PBS. A year ago, they debuted Daniel Tiger's Neighborhood, an animated reboot of the Mister Rogers universe. The show is currently No. 1 with children under 3. It's streamed 50 million times a month, mostly on mobile devices, and has spawned several popular apps and games. Each episode uses a song to teach an explicit strategy for dealing with an emotion, including fear, anger and frustration. "The whole curriculum is based on Fred's research and teaching," Simensky says. Today, increasing evidence suggests that social and emotional skills, such as "grit" or persistence, are as important to success as academic achievement.

Daniel Tiger's Neighborhood, a reboot of the Mister Rogers universe.

Fred Rogers' attitude toward electronic media perfectly mirrored the love/hate relationship many of us have with technology today. "I got into television because I hated it so," he told CNN in 2001. Over 33 years, he reached millions of households and won every award in the business. His position was simple: TV is here to stay, and its ubiquity and power must be harnessed for good, especially to help our youngest and most vulnerable. "In a young child's mind, parents probably condone what's on the television, just like they choose what's in the refrigerator or on the stove," he once said in an interview. "That's why we who make television for children must be especially careful."

Today, we're still immersed in a debate about both the quality and quantity of children's media. Children under 8 spend nearly two hours a day with electronic media. Most of that is still the boob tube (or DVDs), but an increasing slice is mobile, computer and video game use. An astonishing 38 percent of kids under 2 years old have used a mobile device. Are these young iGeniuses preparing for the future or hopeless victims of hypnosis? The research is still out.

Mr. Rogers didn't just work in TV. He worked in public television, starting at the nation's first community-sponsored TV station, WQED in Pittsburgh (also the first station to broadcast televised "classes" to elementary schools). He gave influential testimony to a Senate panel in 1969 on the necessity of public funding for socially positive children's programming.

Rogers' [1984 Supreme Court] testimony helped sway the court in favor of what is now known as 'time shifting' — aka the way we watch most of our video content today.

He was even cited in a 1984 Supreme Court case in defense of "fair use" of media. This new thing called a VCR had suddenly made it easy to watch one program while recording another, and TV networks didn't like that. Rogers' testimony helped sway the court in favor of what is now known as "time shifting" — aka the way we watch most of our video content today.

According to the summary of the case, "he testified that he had absolutely no objection to home taping for noncommercial use and expressed the opinion that it is a real service to families to be able to record children's programs and to show them at appropriate times." Today, free, shareable, reusable electronic resources are one of the biggest stories in education. They're at the heart of the MOOC phenomenon, for example.

Mister Rogers is now a twinkle-eyed YouTube ghost, still broadcasting his love into the dark, empty cosmos. But, in a way, that's all he ever was. And that's another reason he's such a pivotal figure in today's education debate. Though he was passionate about creating quality media for children, Rogers would probably be the first to warn against the dangers of relying on technology to do what only humans — namely parents and teachers — can do. Having some guy on TV tell you that you are loved is manifestly not enough. Stories can teach kids plenty and be emotionally cathartic, to be sure, and there's no denying preschoolers pick up a lot from what they see and hear. But putting touch screens in the hands of toddlers is still no way to create a loving, connected, creative human being.