Accessibility links
Standardized Testing: The Onion Nails It : NPR Ed The fake news site weighs in with a simple and funny question that cuts to the heart of America's testing problem: Are tests biased against students who just don't care?

Standardized Testing: The Onion Nails It

Standardized Testing: The Onion Nails It 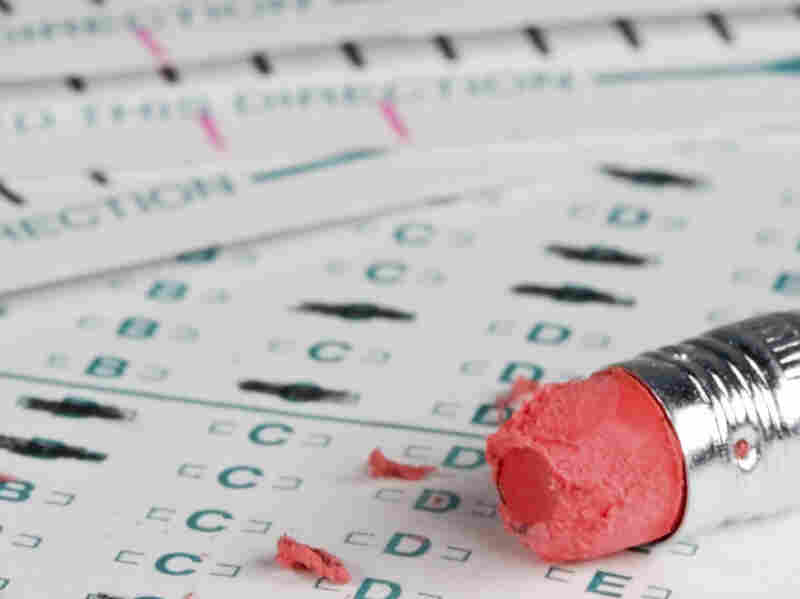 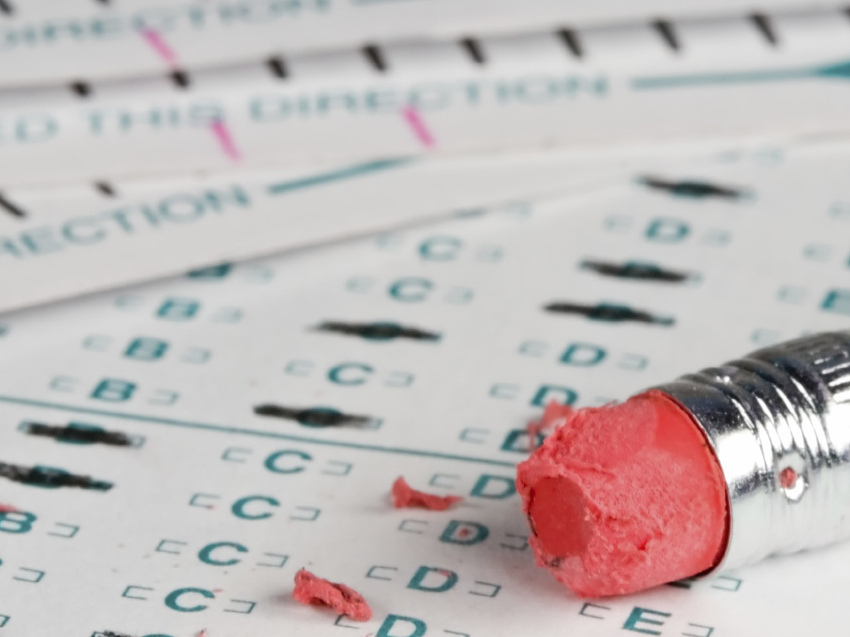 Are tests biased against students who just don't care? The Onion weighs in.

Standardized tests. A lot of parents hate them because they think they're too stressful, that their kids take too many, and that a bad test could ruin hopes of Harvard.

Some teachers are dubious because they're often judged, in part, on how well kids do on these tests.

As for the kids... they hate 'em, too. But kids in the U.S. hate standardized tests for very different reasons than, say, kids in the U.K. or Japan or Finland.

To explain why, here's a hilarious video that landed in my inbox yesterday, from The Onion. WARNING: the language is not public radio friendly or workplace-appropriate (unless you work at The Onion).

The sketch asks: Are tests biased against kids who blow them off, happily making picture patterns out of their bubbled answers?

Yes! Of course they are. But the bit works because it raises a second, fundamental question about American testing: Why should kids care?

Here's where the rest of the world comes in. Just about everywhere else, kids hate standardized tests because they have stakes. Really, really high stakes. Imagine being told at the ripe old age of 15 or 16: pass this test or you won't be allowed to finish high school. It's off to trade school with you!

The U.S. is an anomaly in the testing department. Because our tests often come with stakes for teachers and schools and real-estate agents, just not for kids. In much of the country, end-of-year tests have little bearing on whether a child moves on to the next grade. In other words, no stakes. The NAEP test. No stakes. This year's Common Core field tests? No stakes. Throw in a random batch of other state and district tests, maybe a PISA here and there, and you've got a bat swarm of tests with no teeth.

Before you post something snarky down below about how NPR loves tests with teeth, that's not what we're saying. We're journalists. It's not our job to love. It's our job to say, basically, what The Onion just said, though with less colorful language.

And that is: The only reason to test kids is to measure what they've learned. It keeps the system equitable, making sure every child leaves school with the kind of toolkit life requires. That's the argument anyway. But, if kids sit down with no skin in the game, many will blow it off. And that undermines the whole enterprise — because the scores won't reflect what kids really know. And that's a problem when we use those bad scores to judge teachers and schools.

It's a conundrum for states and educators. Should they keep giving kids low-stress tests that mean nothing and measure nothing... or raise the stakes?

Or is there a middle ground — a way to engage kids with a test without using stakes like a cudgel? To motivate without the risk of punishment. Or here's a radical thought: Can measurement simply be left to teachers?

This post is the worst test ever: all questions with no answers.


In The Know: Are Tests Biased Against Students Who Don't Give A Shit?